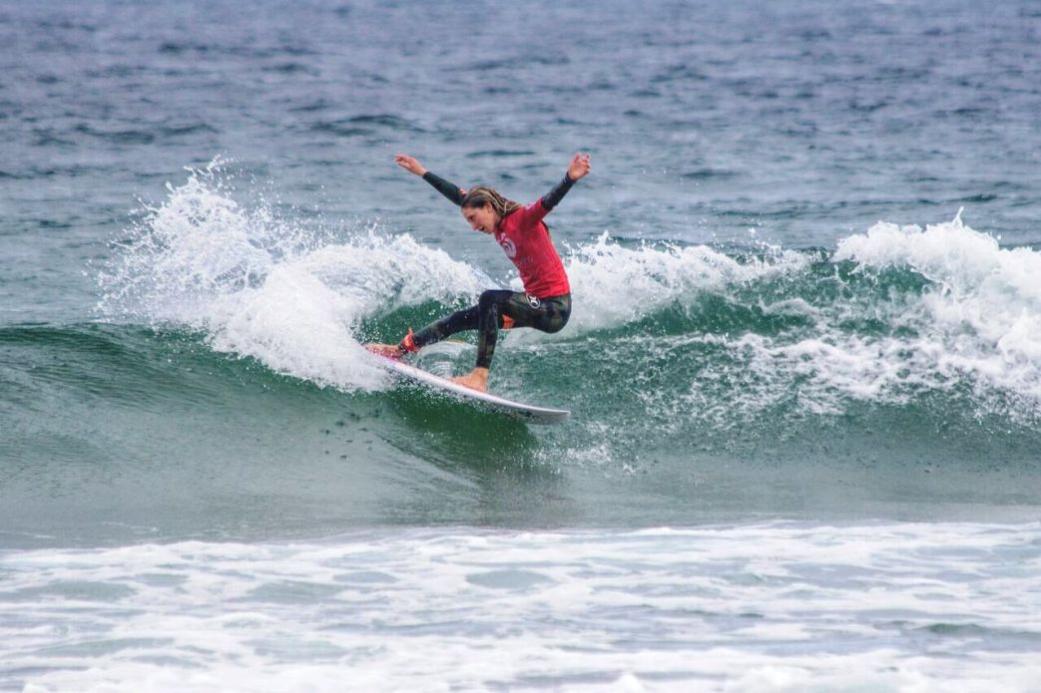 GROMS PUT ON ELECTRIC PERFORMANCES FOR THE FINAL DAY OF THE WOOLWORTHS SURFER GROMS COMP IN KIAMA. 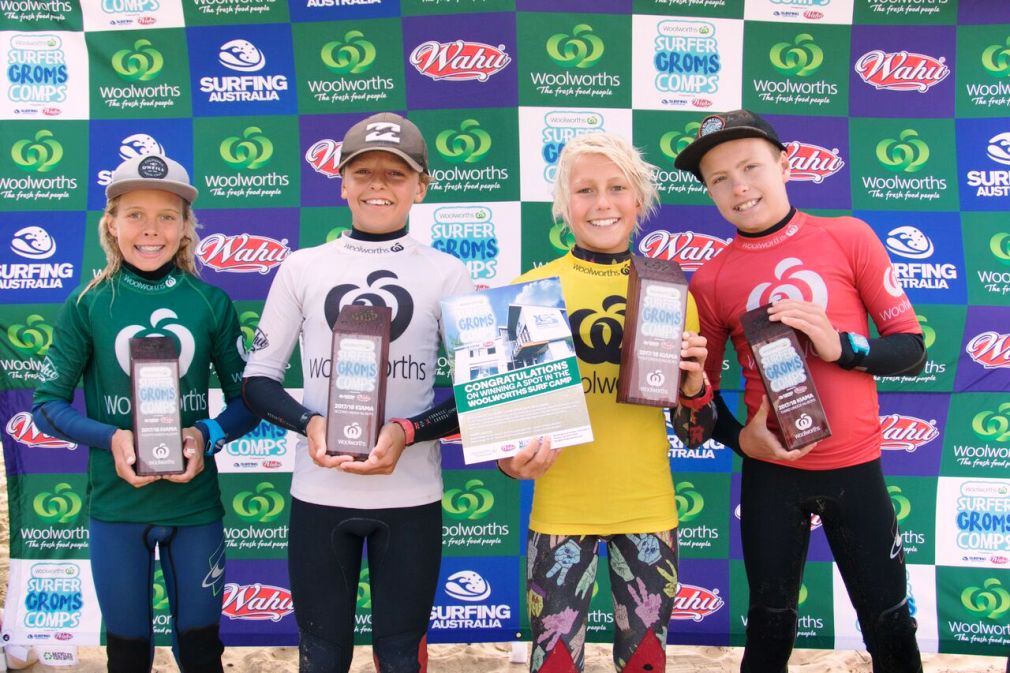 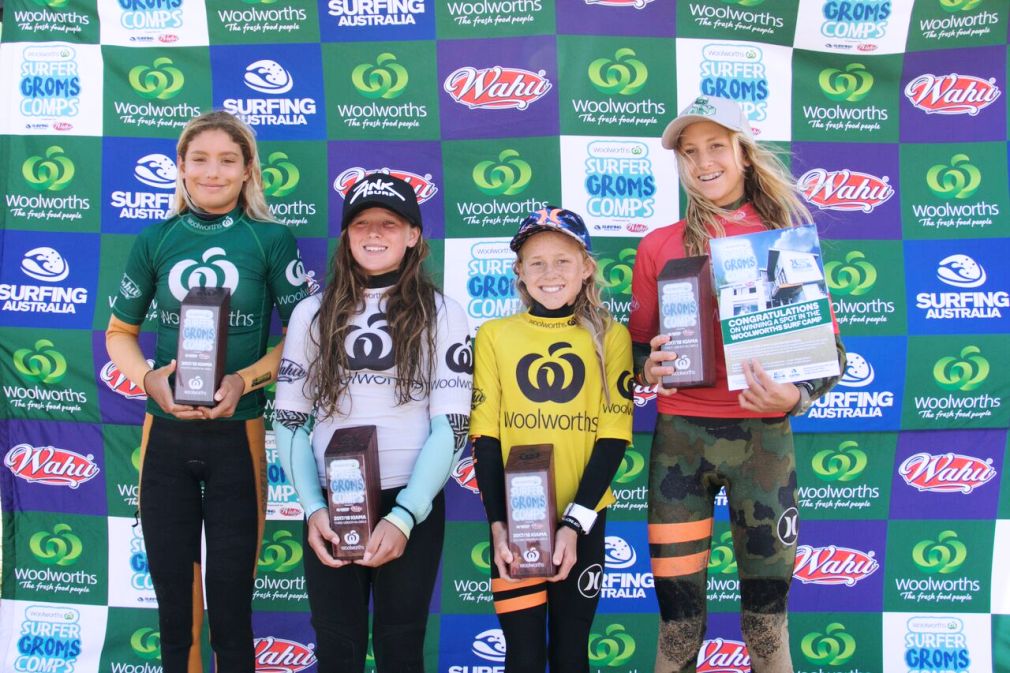 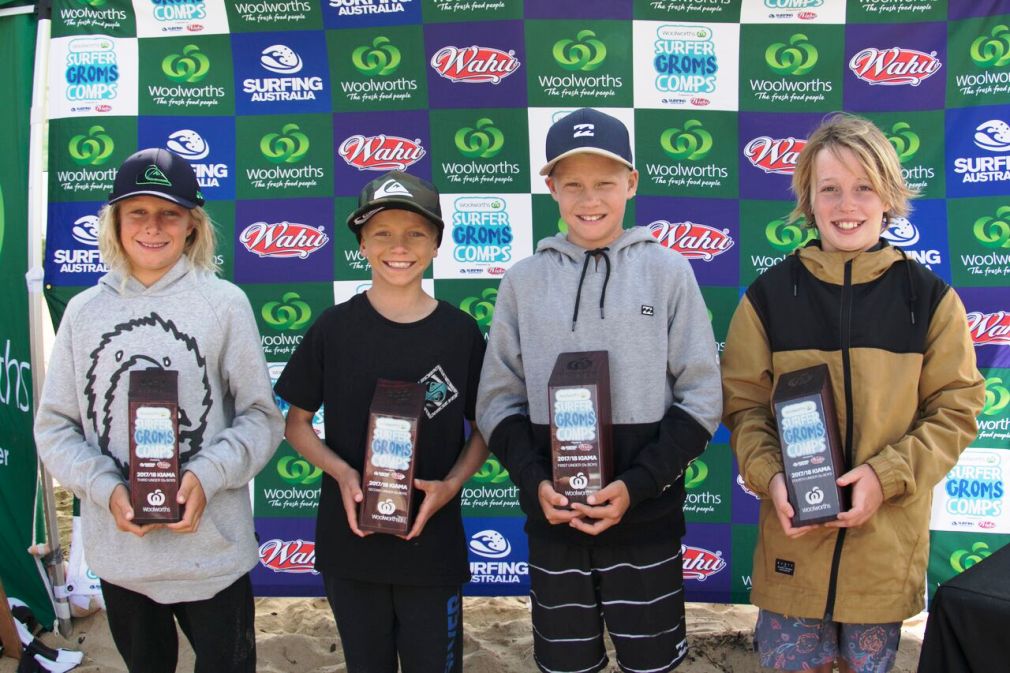 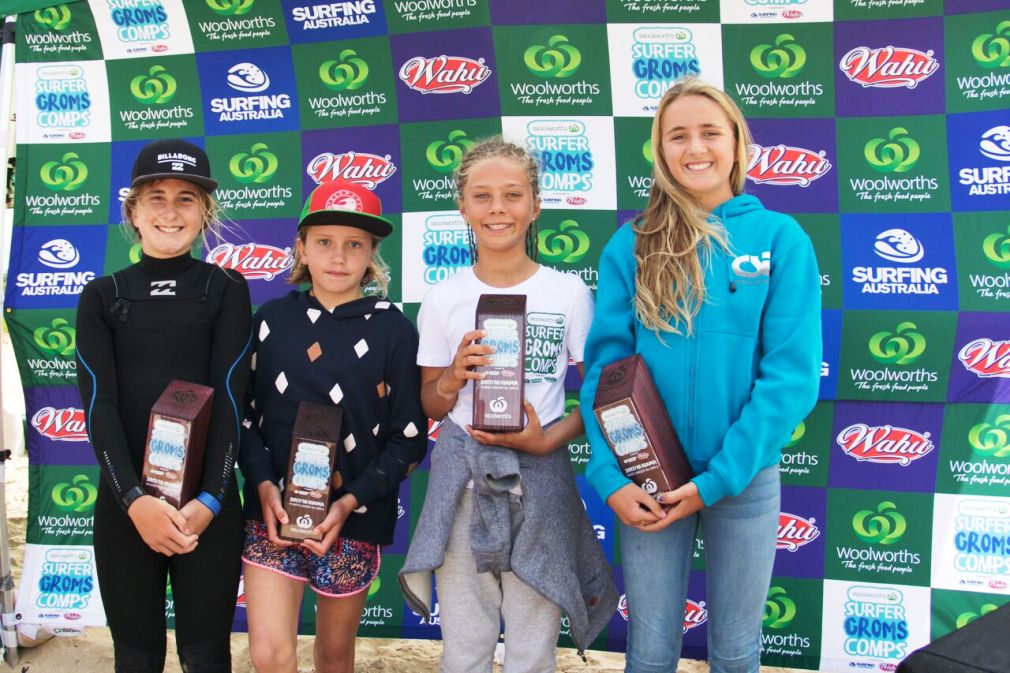 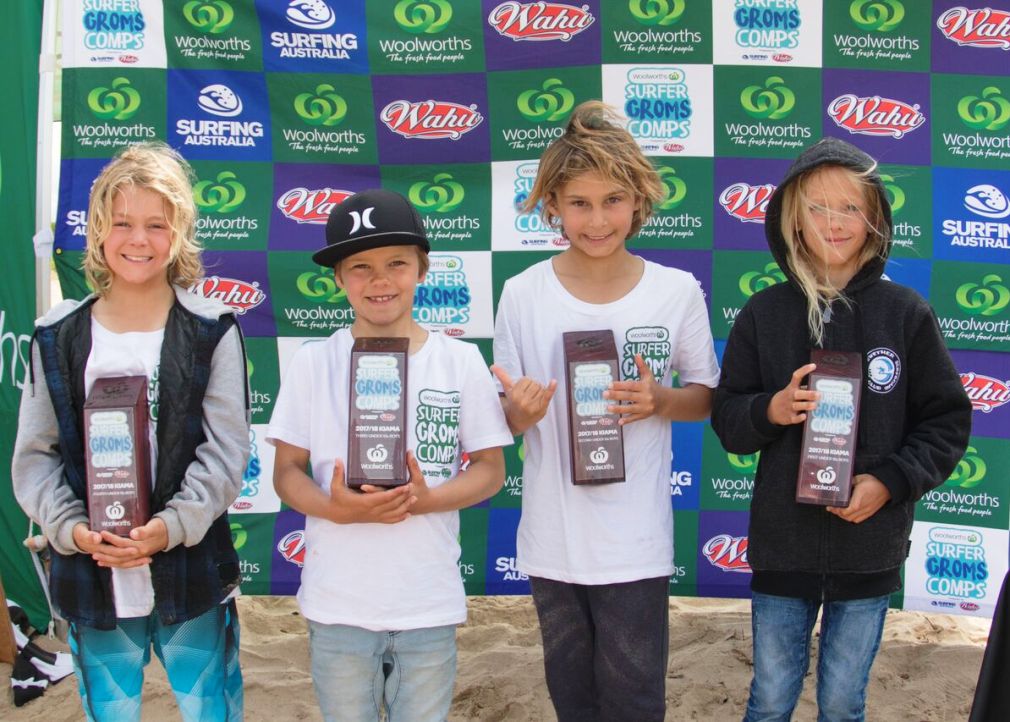 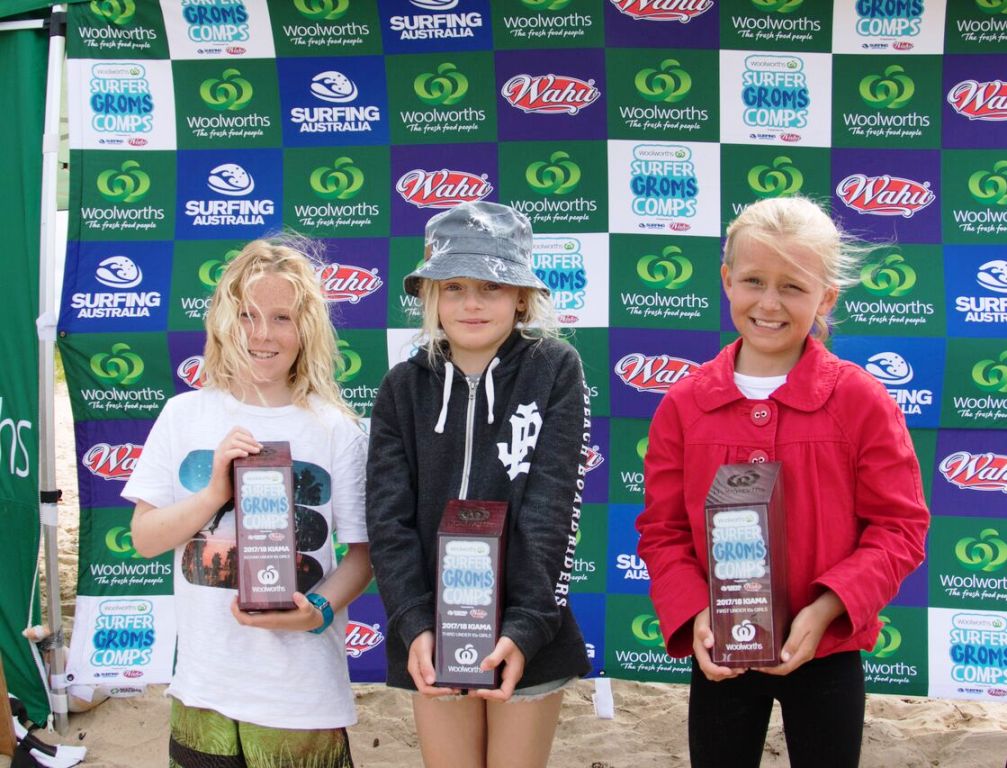 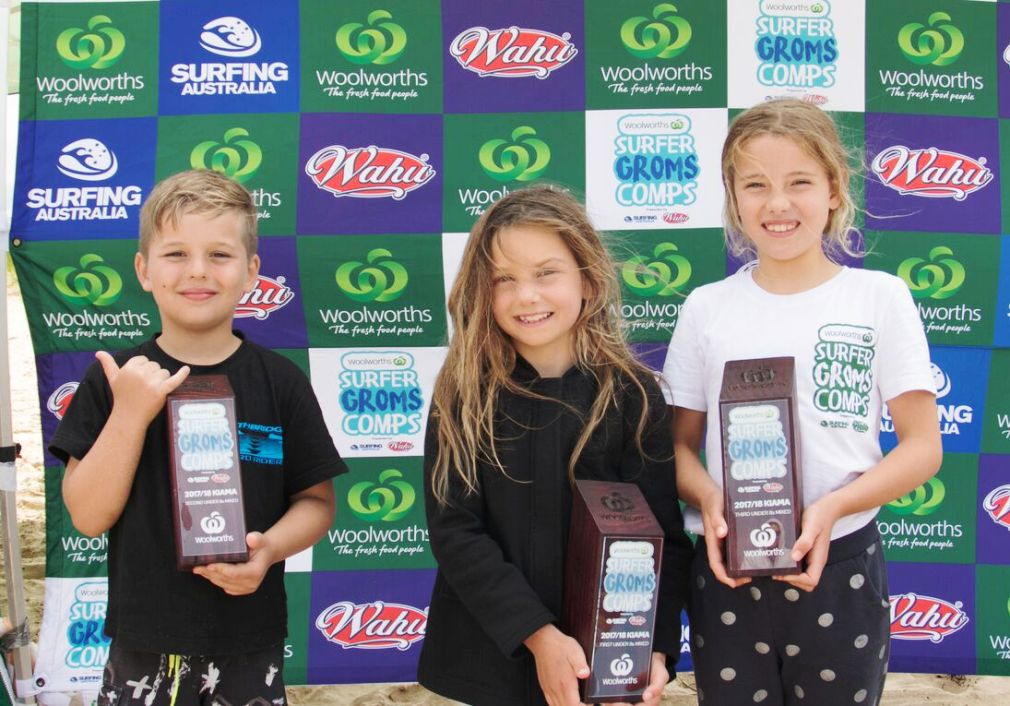 WOOLWORTHS SURFER GROMS COMP PRES. BY WAHU AT KIAMA HEATS UP AHEAD OF FINAL DAY.

JONES BEACH, KIAMA
Saturday, 21 October 2017
From Surfing NSW
Day one of the Woolworths Surfer Groms Comps presented by Wahu saw a chock-a-block day of action as competitors duked it out in clean and punchy two-foot peaks. Perennial Woolworths Surfer Groms Comps standout Cedar Leigh-Jones (Avalon) continued to mow through the Under-14 Girls as she claimed two wins in her opening rounds. Leigh-Jones posted a notable 14.66 two-wave heat total in her second round to take the clean sweep. Oceanna Rogers (Shell Cove) and Keira Buckpitt (Culburra) also claimed twin victories across their opening rounds. Jarvis Earle (Cronulla) made his hour drive south worthwhile taking two wins across the opening rounds of the Under-14 Boys, posting a solid 16.6 heat total. Earle performed an array of turns beyond his years to notch up the aforementioned score and cement a spot in the quarterfinals. Hugh Vaughan (Bateau Bay), Jarvie Robson (Bulli) and Fletcher Kelleher (Freshwater) all dominated the Under-12 Boys division taking victories in the opening two rounds. All surfers will make their next appearance in the semi-finals. The main base for event three of the Woolworths Surfer Groms Comps presented by Wahu is Bombo with backup locations of Kiama Surf Beach, Jones Beach and Werri Beach. All competitors are advised to ring the event hotline (0458 247 212) by 6.45am on the days of competition to confirm location and running order.
Tweet