Kids go back to school in shadow of coronavirus 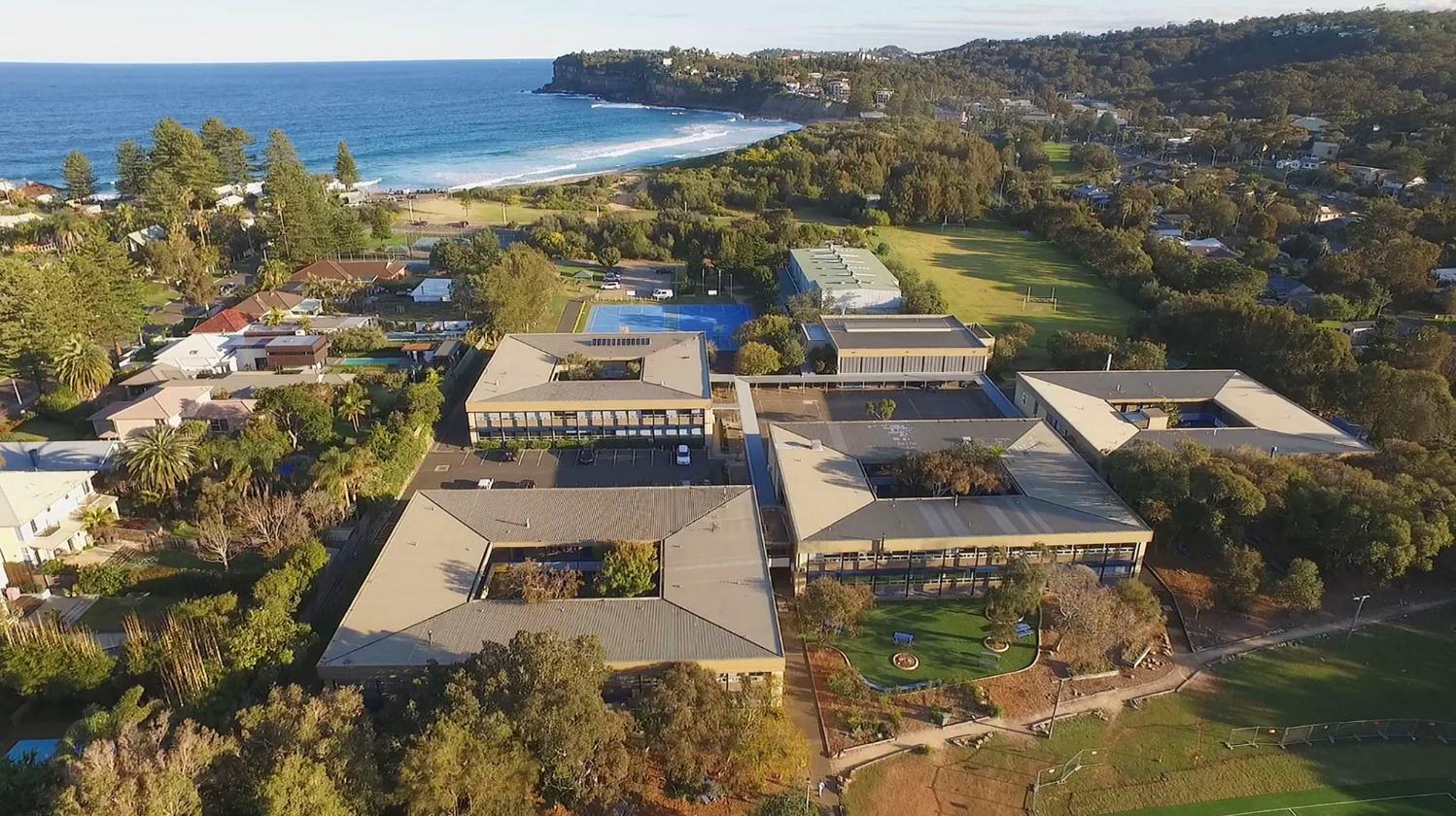 Many parents breathe a sigh of relief when kids go back to school after a long holiday. But when they pull on their school uniforms and return to classrooms this week in the shadow of the coronavirus pandemic, Mums and Dads are likely to have a few worries about their children’s health.

Student numbers began to dwindle in many public schools in March and some private schools shut their gates as numbers of confirmed coronavirus cases increased. Although NSW Premier Gladys Berejiklian kept the state’s schools open, by March 23 she was encouraging parents to keep their children home to control spread of coronavirus. While teachers rapidly assembled and started teaching online classes before the holidays  and term officially started on April 29, many kids have not been in a classroom since March.

Meanwhile, since the outbreak began in Australia in late January, COVID-19 has infected 6,914 people, causing 97 deaths. However, NSW Health data shows that the number of confirmed cases in the area corresponding roughly with the former Pittwater Council area (calculated using the most recent statistics by postcode) has been relatively low. In total, the area accounts for only 38 cases, with none reported since April 9.

Given these statistics, one medical specialist is reassuring families that as long as frequent cleaning, widespread testing and social distancing are maintained, children face little risk of catching the coronavirus at school.

Macquarie University Professor of Surgery Anand Deva - who has carried out research into surgical risks of contamination from COVID-19 - sent his Year 12 daughter back to school last week. Seeking to reassure other parents, the professor said he’s “OCD about cleaning” as a result of spending 20 years researching hospital infections, most recently of COVID-19. But he thinks the likelihood of kids contracting the virus at school is low.

“There would have to be about a hundred things that go wrong,” he said on Friday.

“The scenario I would start to get worried about is if a high concentration of infected students were gathered in an enclosed classroom.

“A lot of people are worried about it but we’re starting off at a point where that risk of transmission is very, very low.”

Australia is in a tremendous position because of those low rates, as well as low levels of community transmission, high rates of testing and a natural geographic advantage due to our cities relatively low density and open space. That would certainly apply in Pittwater.

Young children in particular are unlikely to catch the virus, Prof Deva said, and when they do not many of them get very sick. So the risk of little kids picking it up and passing it on to other children is “pretty low”. A few teenagers have become extremely sick after catching the novel coronavirus – but the risk of transmissions in schools is still small because of the small numbers of infections.

However, the professor emphasised the importance of frequent and thorough cleaning in schools as a preventative measure. He said principals should ensure cleaners have a basic knowledge of infection, saying that furniture and other surfaces need a good clean to remove “gunk” before wiping over with a disinfectant or soap to remove the virus.

“Data shows that this virus can persist for nine or 10 hours on surfaces, particularly if mixed in with blood or mucous,” he said.

“So it’s something that people need to be aware of -  but not afraid.”

Public school teachers have had little choice in whether or not they will accept students back in their classrooms this week. Phil Seymour, who is President of the NSW Primary Principals Association, said on Saturday that the group tasked with researching COVID-19 and schools – the Australian Health Protection Principals Committee (AHPPC) – along with the NSW Education and Health Departments had come to the conclusion that schools are safe and kids should go back.

“I think we’re going back with misgivings but we’re making the best of it,” Mr Seymour told Pittwater Online News.

Every school should now have communicated with parents via email or Facebook about arrangements for the next week. However, Mr Seymour said the Education Department has assured him that all schools will be provided with Personal Protective Equipment (PPE) by Monday, along with sanitary wipes, and in sick bays temperature guns, masks and shields.

The department has also taken on 1,300 extra cleaners  - on contracts-  who have been trained to follow the AHPPC guidelines – with cleaning focussed on high contact areas throughout the day.

Teachers have to keep their “personal distance” at school, although those with underlying health conditions - making them more vulnerable to COVID-19 - will not work in classrooms.

“They’re the ones we probably worry about the most,” Mr Seymour said.

Parents will be asked to remain outside the school gates, maintaining social distancing there too. Meanwhile, office staff will be protected, with schools asking those looking for help to stay behind the counter. Parents who want to contact the office should telephone.

“We just want to settle the kids in,” Mr Seymour said.

“Give us a couple of weeks and see how we go from there.”

Local parent groups have pulled together to support schools as they prepare for the kids’ return. Avalon Public School Parents & Citizens Association president Stephanie Stoddard said the school has rostered children to return one day per week from Monday (May 11) – although it was up to families whether they sent kids more days - or not at all.

“Our priority is to support our employees, our school and our community to make sure (they) are safe and secure,” Ms Stoddard said.

The P&C employs staff across its canteen, uniform shop and out of school hours (OOSH) care. It’s been helping casual staff who they were forced to lay off when the government declared all canteens and uniform shops would close, with one day’s notice, on March 24. However, OOSH continued until the end of last term and reopened on the first day of this term.

Meeting government regulations for staff on hygiene and social distancing had taken a lot of work, including making signs and communicating across the school community, Ms Stoddard said.

“I’m in touch with the principal on a regular basis and I’m responsible for 17 paid employees,” she said.

“I have a duty of care to those employees to make sure those workplaces are comfortable and safe for them and our community.”

However, when it comes to students returning to school, Ms Stoddard’s calling for everyone to respect parents’ differing decisions about what’s best for their families.

“Many parents will be saying ‘School should be open and kids gone back already’; there’ll be others who’ll say ‘It’s too soon’,” Ms Stoddard says.

“I don’t think any of us should judge families on that.

“The option is there but I appreciate it won’t be for everyone.”

Barrenjoey High parents similarly emphasised that the decision will be a personal one for each family. P&C co-vice president Christy Bishop welcomes the fact that kids can now return to school but said no-one would be penalised for keeping a student home.

“At the end of the day, it’s totally up to us (parents) what we do,” Ms Bishop says.

“I pulled my kids out early because I wasn’t comfortable about it (COVID-19).

“… Parents have got to make their own decisions.”

To reduce the risk of transmission, Ms Bishop says the staff have looked long and hard at what needed to be done at the school and have undertaken extensive preparations.

Parents have received emails saying that each classroom will have a supply of hand sanitiser as well as alcohol wipes and that extra cleaning will be done throughout the day, “with special attention to cleaning of desks, doorknobs, bathrooms and other surfaces”. Students can also expect regular handwashing to be a feature of their day before eating, during breaks and before returning to classrooms after lunch.

Ms Bishop says that with only a quarter of students rostered at school each day, it would be possible to maintain social distancing in classrooms. Outside these, flow patterns have been created to avoid congestion - so that staff and students can move around the school without coming face to face with others. (For example, they will be directed to travel up one designated set of stairs and down another in each building.)

However, the P&C is also aware of the risk teachers face in classrooms.

“I’m very mindful of the fact that the teachers are regarded as frontline workers and of the huge effort they’ve put in in trying circumstances,” Ms Bishop says.

She does, however, have concerns about bus travel for one of her children who attends a private school, Shore, in North Sydney. Her son normally boards there during the week, but with accommodation closed he will be forced to travel from Pittwater to North Sydney for classes.

“I have more confidence in the schools than public transport,” Ms Bishop says.

However, she is optimistic that all will be well as students get back to class.

“Like everybody else, I don’t really have any idea what will happen but I’m tentatively looking forward to us going back to normal - but I’m prepared for everything to go pear shaped,” Ms Bishop says.

“However, I have every confidence in the school doing everything possible.”

Professor Deva clearly has that confidence in the school system too – as he spoke to me on Friday afternoon from his car while waiting outside his daughter’s school to pick her up. Asked if he had any advice for teachers about ways in which they can minimise the risks of COVID-19 transmission, he said those who may be vulnerable to the virus should be relieved of face to face teaching roles for now. Those in the classroom should keep an eye on their students’ health.

“Teachers should be vigilant – if anyone was to look sick or develop a cough, they should be sent to the nurse, and sent home for testing,” he said.

For parents, it’s hard to be proscriptive, he said, and each family must consider its own needs. However, if a child is immuno-suppressed for any reason, parents should talk to their doctor about whether or not they’d be better off staying at home.

“Every parent has to come to some understanding of their own level of trust and faith in the system,” he said.

“Some parents are hyper-anxious and might think schools will not be safe enough – for others it’s not an issue.

“Either way, we need to be vigilant over the next few months, watching for symptoms, identifying clusters through testing, isolation (for confirmed cases) and contact tracing.

“It’s a dangerous few weeks as case numbers fluctuate a bit but we’re in a lot better position compared to other countries.”

He encouraged parents not to worry about young kids playing together at school, repeating that “they’re unlikely to get very ill with this”.

“Trying to prise them apart at playtime might be difficult,” he said.

On the other hand, the best strategy with teenagers is to talk to them and appeal to their sense of responsibility.

“It’s a matter of reinforcing that they might be OK but they might pass it on to their parents and grandparents - don’t think about yourself, think about others,” the professor said.

“My sense is that most will do the right thing.”

One thing’s for sure, whether families send their kids back to school or not this week, the start of this term has been like no other.