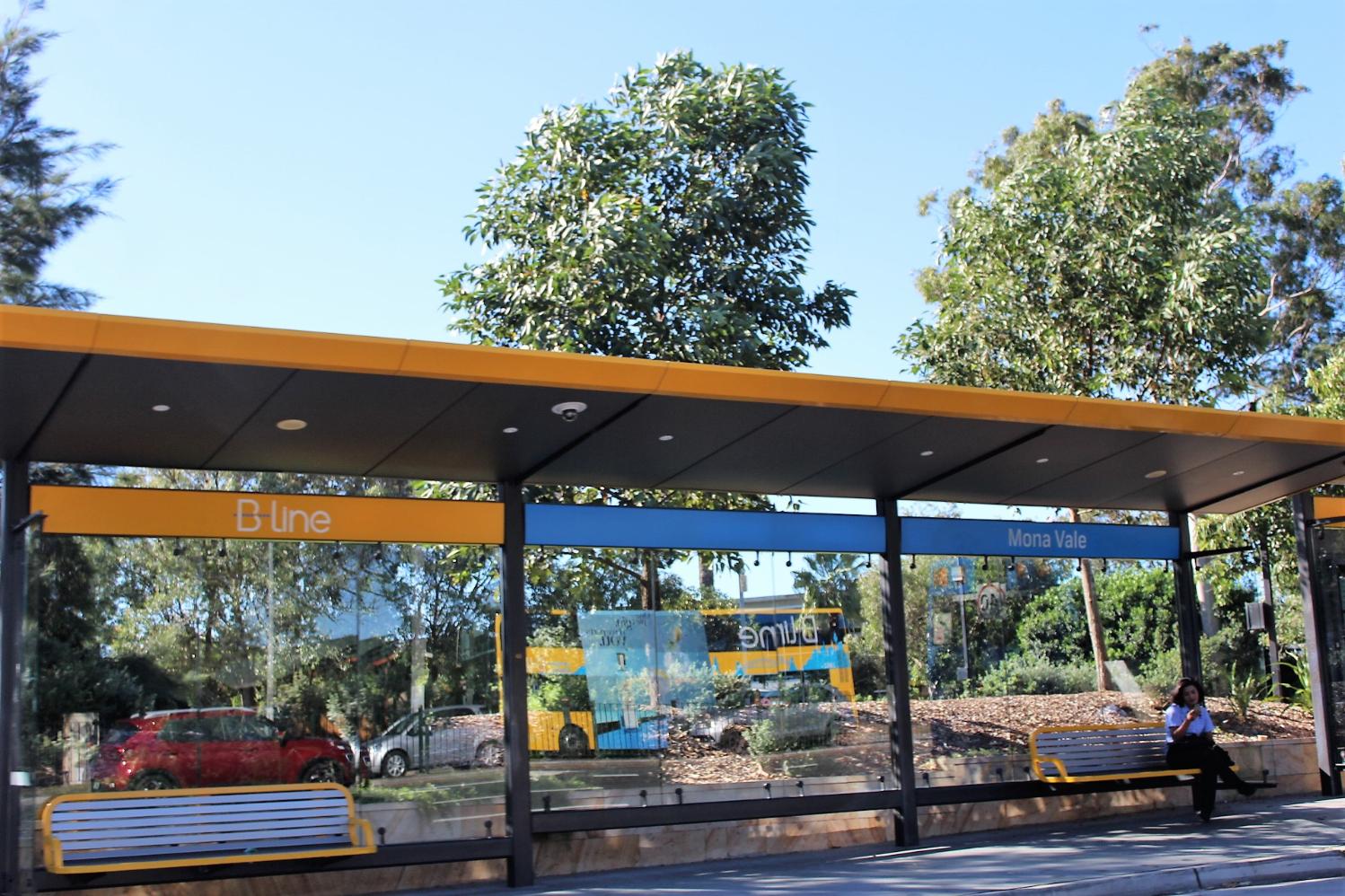 Transport for New South Wales has announced Keolis Downer was awarded a $900 million contract to operate and maintain bus services in the Northern Beaches and the lower North Shore for eight years, from October 31st 2021.

The contract will see the introduction of 125 electric buses over the next eight years, delivering more sustainable transport options for the local community from two newly electrified depots in Brookvale and Mona Vale.

Keolis Downer will also introduce innovative headway technology to further increase the reliability and quality of service of the successful B-Line. The popular On Demand transport service known as Keoride will also become a permanent part of the network.

Member for Pittwater Rob Stokes today announced that Pittwater will be at the forefront of the NSW Government’s transition to modern and clean public transport technology.

“In an Australian first for a bus network contract, all future buses procured for our community will be electric and zero emission,” Rob Stokes said today.

“I’m delighted our community will be leading the way with the introduction and roll out of modern, quiet and clean public transport technologies for our local streets.

Minister for Transport and Roads Andrew Constance said Keolis Downer will deliver more than 1.2 million services a year for customers, while also saving taxpayers more than $100 million over the eight-year contract.

“We are lucky to have some of the best transport operators in the world running buses in Sydney, and customers on the Lower North Shore and Northern Beaches will soon benefit from the expertise and efficiency Keolis Downer brings to the table,” Mr Constance said.

“Keolis Downer will be ordering electric buses to replace their older diesel buses as they are retired from the fleet, with more than 100 new zero-emission buses to be introduced to the area over the next eight years.

“As part of the new deal, the trial On-Demand service between Palm Beach and North Narrabeen will be made permanent. Around 540 customers use this service each day to connect to major public transport hubs and routes like the B-Line.”

Keolis Downer will be responsible for delivering around 24,000 services each week, including the 24-hour B-Line and all day express services between Dee Why and Chatswood via Frenchs Forest, which were introduced as part of 2,000 additional weekly services last year.

“Keolis Downer will also trial new innovative technology to deliver a better customer experience, including a system which provides drivers with feedback in real-time, to help them manage regular frequency of bus services,” Mr Constance said.

Transport for NSW will work closely with Keolis Downer on any improvements that can be made to the network in the coming years, with the Government continuing to regulate all routes, timetables and fares, as well as retain ownership and control of the existing depots and buses.

Keolis Downer’s first priority is to ensure a smooth transition of all the employees and maintain high standards of customer experience and operations. Additionally, the operator states, they are focused on introducing global innovations like headway services, new electric buses, and wayfinding improvements that will deliver more connected and sustainable journeys.

“We are very proud to partner with TfNSW to support the future growth and transformation of the Northern Beaches. Drawing on our experience locally and globally, we will launch a range of new initiatives to enhance the customer experience building from the already excellent bus services in the area” comments David Franks, Keolis Downer CEO. “We will introduce new service technology to enable staff to actively manage routes and monitor bus running times, improving the frequency of bus services.

“We are also very excited to continue to deliver the highly successful On Demand transport service, which we have been operating in the area since 2017. We look forward to further engaging with the community to deliver a safe, efficient and reliable transport system that supports the liveability and future prosperity of this vibrant, growing region”.

However, in a March 2021 statement the Rail, Tram and Bus Union (RTBU) NSW says a survey shows 92% of commuters fear their bus routes will be changed or axed when regions 7, 8 and 9 are privatised, prompting the RTBU NSW to lay out recommendations for public consultation with local residents who feel excluded from the process.

The Our Transport survey of almost 2000 people living in three areas of Sydney set for bus privatisation found 91% felt they had not been consulted or informed about bus privatisation in their area. Respondents identified hundreds of routes they wanted to see protected and called for the restoration of services that were recently axed in sweeping cuts to the bus network.

RTBU NSW has provided a briefing on the results to the Transport Minister Andrew Constance and Transport for NSW, making a series of recommendations for a transparent process that includes:

“The community feels betrayed by the recent changes to their bus services. They fear more routes will be axed or changed, making it even more difficult for them to get to work, school, and go about daily life,” says David Babineau, Secretary of the RTBU NSW Tram and Bus Division.

“Residents also told us it’s extremely important to have bus stops close to their home and destination. Removing stops has a huge impact on elderly and disabled commuters who are forced to walk longer distances. They have identified hundreds of routes they rely on most and want to see protected.

“These are the things the NSW Government would know if it had at any point asked residents how they felt about their buses being privatised. The Transport Minister has claimed these changes are based on community feedback, but this is frankly a lie. No opportunities for public feedback have been promoted.

“It’s time for the government to come clean about the hatchet job it has made of our bus network. Cuts to routes in Ryde, North Sydney and the eastern suburbs have actually left people stranded, with bus routes that no longer go near their homes. This can’t continue.

“Our recommendations are in line with Transport for NSW’s own community consultation policy, which has apparently been completely discarded. No more secrecy about the methodology, no more Non-Disclosure Agreements gagging timetable workers, and no more changes to bus services until the public have had their say.”

The survey states leaked documents indicate that the routes currently being removed are based on opal data gathered throughout 2019 and 2020. The use of data gathered during this period is problematic for a variety of reasons.

''Throughout 2020 there were a series of lockdowns in NSW and a rapid shift to employees working from home, or through hybrid arrangements. This had a clear impact on the efficacy of data collected and was gathered during a period where there was a significant decrease in the use of public transport.

In the community consultation survey 81% of respondents indicated that the pandemic had changed their public transport use. '' the document says

The Opal data for school students is also questioned.

''In discussions with drivers across the RTBU membership it is well known that school students often do not “tap on” when travelling to and from school. Bus drivers have also discussed their responsibility to assist students to get to school or home whether they have an opal card or not. It is reasonable to assume that the opal data being used to decide what routes stay or go are based on a time when commuter traffic was significantly decreased and based on non-reliable data collection methods. ''

The Transport for NSW announcement states the new operators will start running services for customers around the end of October, with all State Transit drivers and maintenance staff offered a two-year job guarantee.

Keolis Downer is a French-Australian leading operator of public transport services in Australia. With 4,900 employees and a presence in five states, Keolis Downer enables 250 million passenger journeys per year. We operate and maintain the integrated network in Newcastle, the largest tram network in the world in Melbourne (Yarra Trams), the light rail network on the Gold Coast (G:link), and 1,000 buses in NSW, Western Australia, South Australia and Queensland. We also operate and maintain the Adelaide Metro train services.

Established in 2009, Keolis Downer is a joint venture between Keolis, a leading public transport operator established in 15 countries, and Downer, the leading provider of integrated services in Australia and New Zealand.