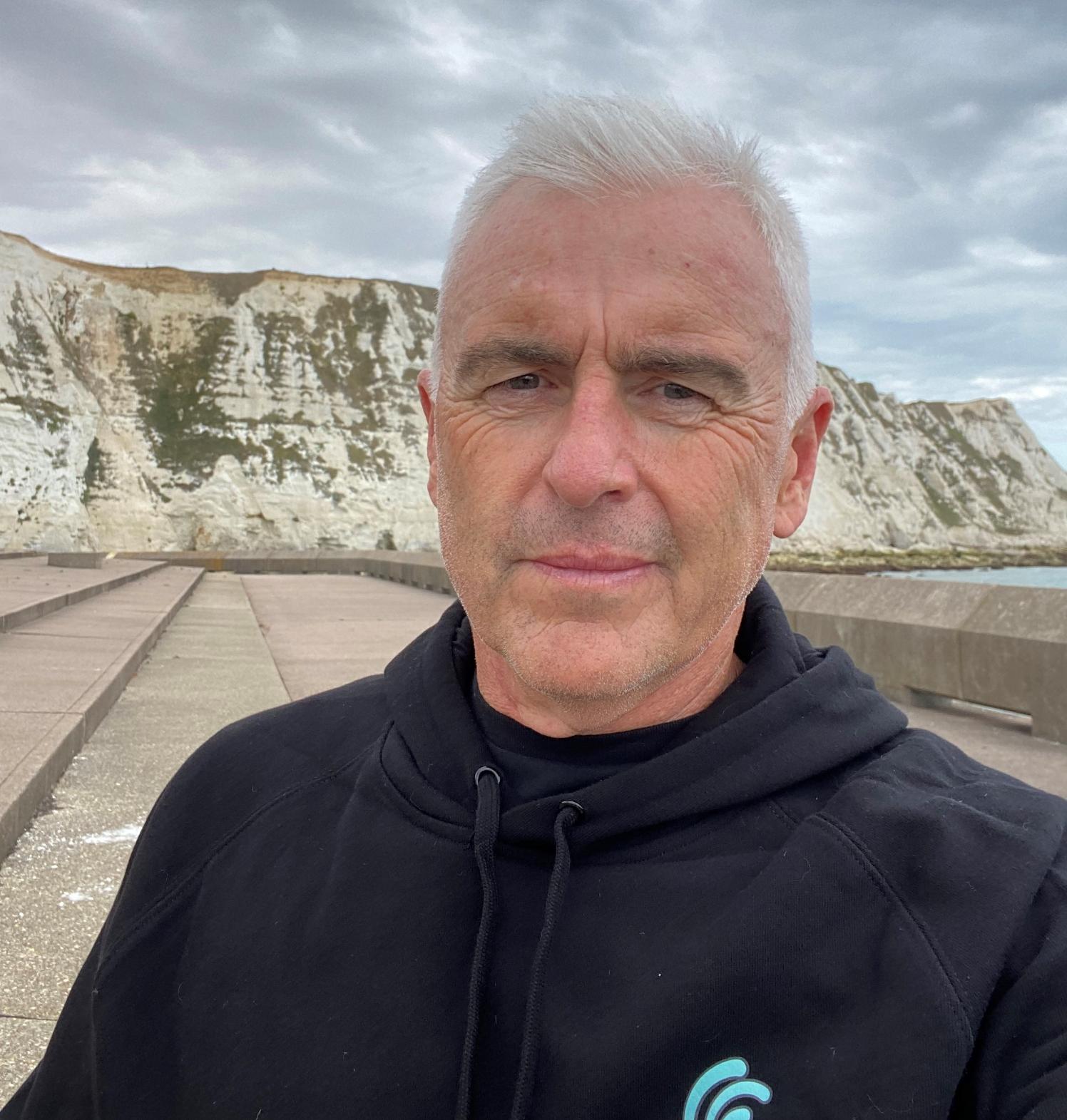 Inspirational English Channel swimmer, Jonathan Wall, will be a guest starter of a couple of waves of the 2Kms ocean swims at the Newport Pool to Peak ocean swims on Sunday 8th of January. This signals the start of the Pittwater Ocean Swim Series which also includes Bilgola, Mona Vale, Whale Beach (The Big Swim) and Avalon.

Jon joined Mona Vale surf club in 2013 and completed his Bronze Medallion after his two boys joined Nippers. At age 43 he had no idea what this was going to lead to. After moving to Newport and joining the local club he started with two of the swimming groups, the Newport Leather Jackets and the Knackers.

A complete novice, he had never competed or trained as a swimmer before all this began.  “They would swim out to a buoy, affectionately known as “Kylie”, which was about 250m out to sea. I really had my doubts I would be able to make it to Kylie. However, I gradually mastered it and focused on trying to beat Dave Garnham who is an experienced Newport ocean swimmer”, said John.

His first ocean swim was at Bilgola in 2014 and it was an experience that taught him a big lesson. “It was a one and a half Kms swim and I hadn’t trained enough for the conditions. I reckon I nearly drowned and I vowed I would never put myself in that position again”.

Over the next few years, John competed in many of the northern and southern beaches ocean swims including Newport, The Whale Beach Big Swim, Coogee and Cronulla to improve his ocean swimming skills.

“In 2018, to improve my swimming, I went to stroke correction with Marathon Swimming Hall of Fame coach, Vlad Mravec. Vlad runs squad training at Andrew Boy Charlton Pool (ABC), Woolloomooloo, in Summer, and in Winter at Victoria Park Pool, near Sydney University.

“By working with Vlad on my technique and meeting other long-distance swimmers, I decided to enter the Rottnest Channel Swim, an open water 29.7km swim from Cottesloe Beach in Western Australia to Rottnest Island. At this time, the longest swim I had completed was the Big Swim (2.7km)”

“I started afternoon squad training with Vlad in 2018 and then graduated to the morning squads at 6am. I attend squad, Monday, Tuesday, Wednesday, and Friday. At each squad session I swim a minimum of 5km. At the end of the season and at Christmas, we program a 100 x 100m set. It is common to swim a 10km set at ABC pool, Manly, on a Saturday if the ocean is unsuitable”.

Jon’s dedication to training and technique should now be obvious to ocean swimmers of all levels. But as they say “wait there’s more”.

His Saturday ocean swims are usually 10-15km. For example; 2 x Shelly Beach to Freshwater baths return is 10km. In Summer he also swims laps of Manly Dam. Five full laps of Manly Dam total 15km. “We travel to Coogee and to Brighton Le Sands to swim long distances to help achieve our goals.''

“I aim to swim 30km per week, with two days off, Thursday and Sunday. I also try to do light weight sessions during the week”.

The Next Challenge – The English Channel!

After conquering so many challenges, he signed on to swim the English Channel in July 2022 after encouragement from Vlad.

''The English Channel is 33km long. My expected swimming time was 15hrs, but I took provisions for an 18hr swim’. That’s a long way from the days of trying to conquer, ”Kylie”, and very inspirational to ocean swimmers.

“To prepare for this, I swam the Palm Beach to Manly swim (24KM), the Derwent River Big Swim (Tasmania - 34km), and the Port to Pub Swim (Leighton Beach to Rottnest Island – 25km). As a result, I was the eighth person to be awarded the Australian Triple Crown of Marathon Swimming. I also continued to be coached by Vlad.

“In preparation for the English Channel, I completed two 8hr qualifying swims under 16 degrees, in Port Phillip Bay and at Brighton Le Sands. During the Channel swim, the swimmer is only permitted to wear goggles, one cap and swimming briefs. No timing devices are permitted.

“I also completed ice baths and a full English Channel training program (30-45km of swimming per week, for 12 months prior to the event)” David added.

Jon quite modestly told us, “In July 2022, I successfully completed a crossing of the English Channel, in 13hrs, 14 mins”.

My next goals are to swim from the Bowen Bridge in Hobart to Bruny Island (30KM), Palm Beach to Shelly Beach (24KM) and in 2024, I intend to swim another overseas Channel. By that time, I will be fifty-five.''

''My message to anyone reading this is that you can set a goal, even if you are not sure how to complete it. It does not have to be extreme, like swimming the English Channel. Doing this will ensure you meet new friends, stretch your ability, mentally and physically, and have you doing things you did not think you were capable of.

Set interim goals to keep motivated towards meeting a bigger goal. Be disciplined, be motivated and always be positive. We are capable of so much more than we think. If swimming is your thing, then pick an event and start training for it. You will never regret making an effort and as the saying goes, yet get out what you put in.''

Great advice from someone who has been there and done it …and is still going.

Jon will be a guest starter for a couple of the Newport Pool to Peak 2Kms waves on Sunday 8 January. And he will be swimming of course.

The Newport Pool to Peak is the first of the Pittwater Ocean Swim series followed by Bilgola on 15 January, Mona Vale 22nd and Palm Beach to Whale Beach (The Big Swim) on 29 January. The Avalon swims including the iconic Newport to Avalon Around the Bends swim will be held on 12 March.

You can enter the Newport swims now at www.oceanswims.com Enter three of the swims and you could be on your way to Swim the Whitsundays over five days, thanks to OceanFit. (Prize is for one person who must be 18 or over). 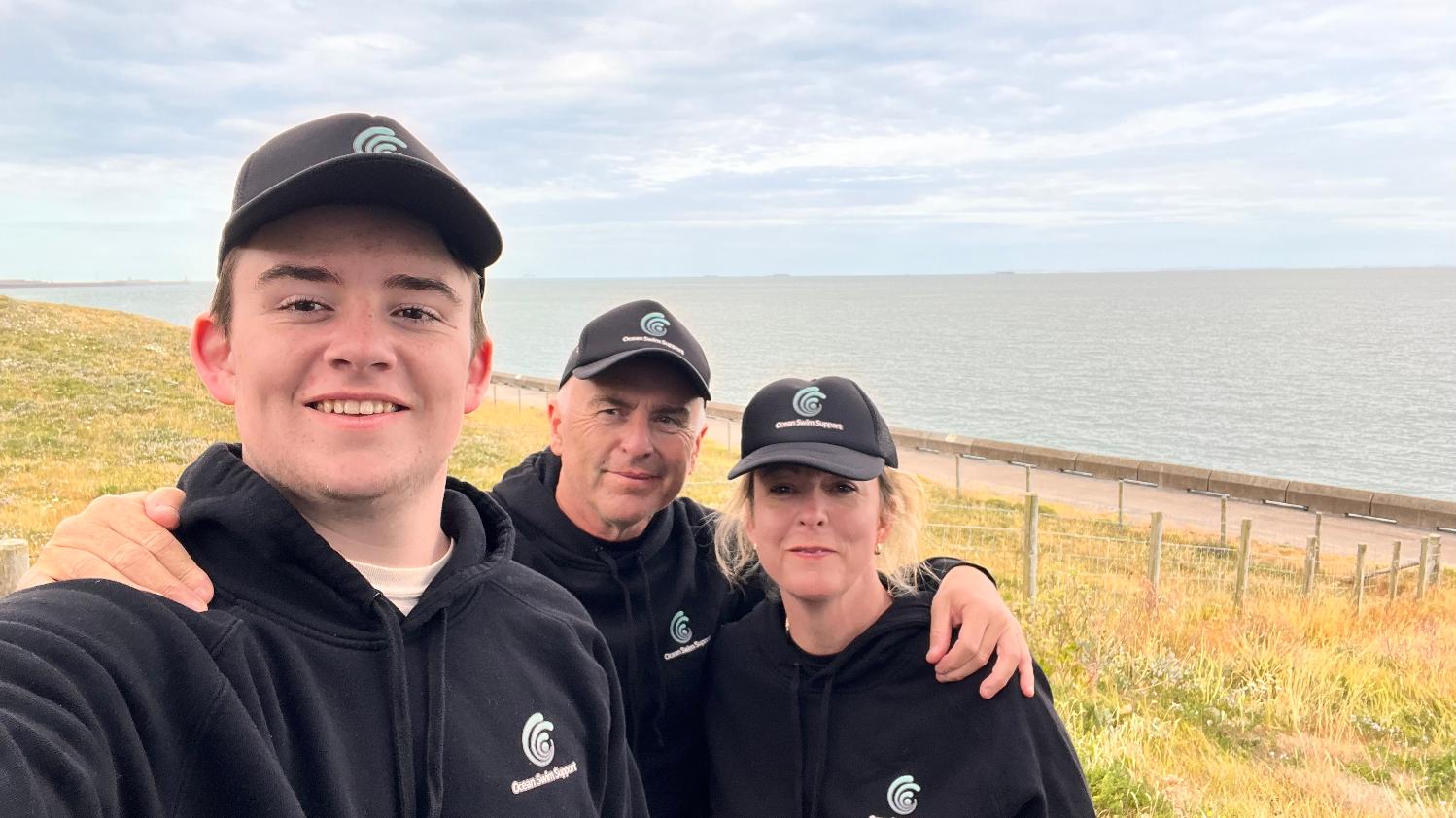 Jon with son Robbie and wife Bec who were crew

The Pittwater Ocean Swim Series is a brilliant excuse to take in the beauty of five of Sydney’s Northern Beaches during the height of summer while supporting the local surf lifesaving clubs who organise the events.

Enter and complete 3 out of 5 swims in the Pittwater Ocean Swim Series and you'll go in the draw to win an OceanFit Swim The Whitsundays swim tour valued at $2,295!

There are five swims in the Pittwater Ocean Swim Series that are held across five different parts of Sydney’s Northern Beaches: Newport, Avalon, Mona Vale, Palm Beach and Bilgola.

Grab your spots now at:  oceanswims.com 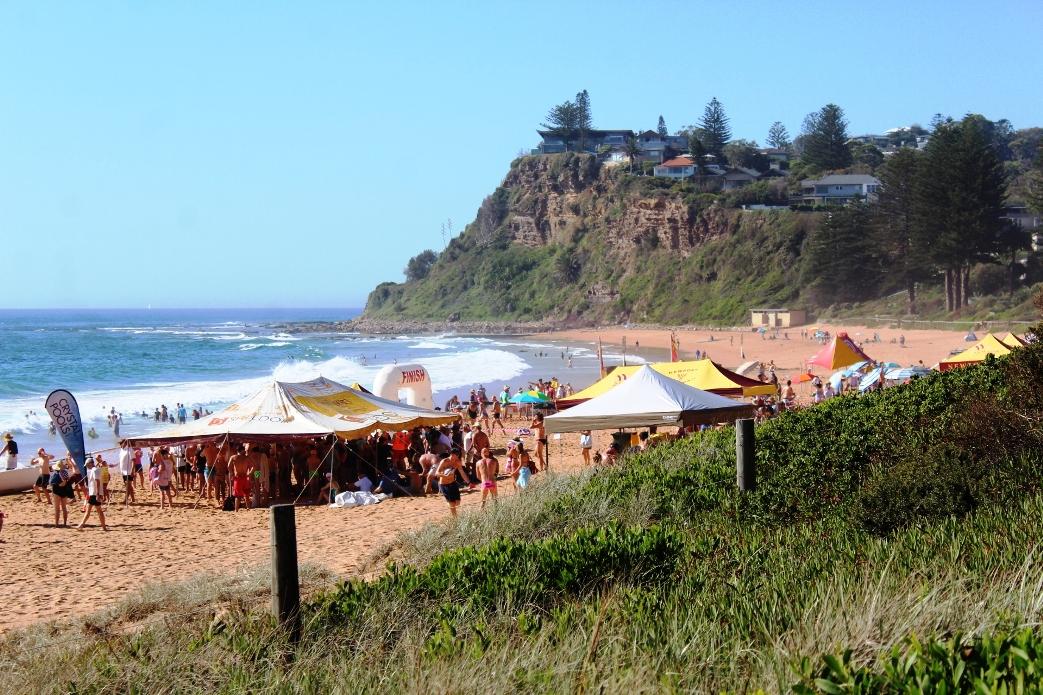