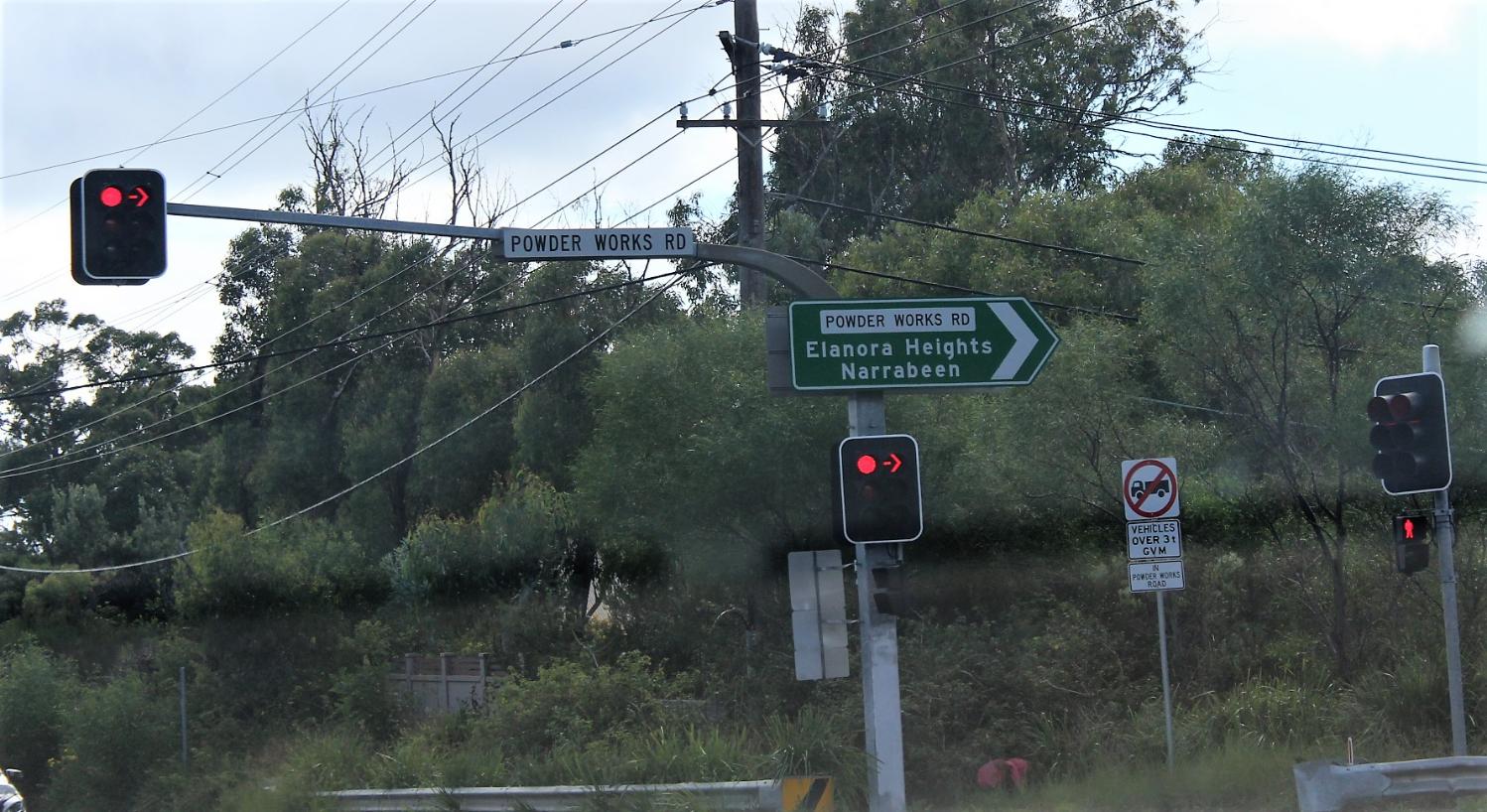 The Northern Beaches Council this week voted to reject the draft Ingleside Place Strategy in its current form, raising a number of serious issues which need to be considered by the NSW government.

Council noted the significant concerns of continued bushfire risk, lack of traffic and transport planning, the significant cost to ratepayers to provide the most basic of infrastructure, significant impacts on biodiversity and the ability to deliver any affordable housing in line with Council's adopted policy.

Council will raise these issues in their submission to the NSW Department of Planning, Industry and Environment and also write to the NSW Planning Minister requesting that the NSW Government transfer into Council ownership, at no cost, the NSW Government land on which planning infrastructure is sited.

Council will also ask the government to transfer surplus NSW government land for other public purposes such as sports fields, passive recreational spaces and biodiversity offsets if the draft Ingleside Place Strategy does not proceed.

Mayor Michael Regan said Council understood the original vision behind Ingleside Place Strategy, but questioned if it was still the right approach given the scale had been greatly reduced due to the inherent bushfire risk.

“The bushfire reports clearly rules out development north of Mona Vale Road – we have to put safety first.

"However, we have a proposal for only 980 dwellings which will require a huge infrastructure investment. This will result in a very high development contribution rate for each dwelling and potentially become a financial burden on Council and our ratepayers.

"Aside from this key feasibility issue, we have identified a range of other issues.

“There are deficiencies in the environmental studies which need to be addressed. We are also seeking support our and the government’s sustainability goals to reduce carbon emissions and manage energy, water and waste efficiently.

“Our submission also contends that the full impact of the bushfire evacuation needs to have greater regard for the impact of the existing bushland adjacent to Powder Works Road and other evacuation routes and more traffic modelling is required.”

Overall Council’s submission lists the key areas of concern with the draft strategy as: emergency bushfire evacuation; sustainability and resilience; water cycle management and flooding; biodiversity and wetlands protection; Aboriginal heritage and the provision and funding of suitable infrastructure capacity.

Since the Tuesday July 28th council meeting Independent Northern Beaches Councillor, Vincent De Luca OAM, has accused Mayor Michael Regan and his Your Northern Beaches registered political party of blocking a motion he asserts would have ensured greater protection of Ingleside, the revelation of secret reports and a cumulative impact report of the Department of Planning’s proposal on the Narrabeen Lagoon Catchment and flooding potential, Warriewood Valley and roads.

“I am bitterly disappointed Cr. Regan defeated my Motion, which was comprehensive and strong in its intent to reject this irresponsible proposal, achieve transparency and accountability and highlight its adverse impact on Ingleside, the surrounding catchment and vulnerable suburbs” Cr. De Luca stated.

“Numerous residents have had their calls unanswered for the public release of reports by the NSW RFS, NSW Fire and Rescue and NSW Police in relation to Bushfire risk and Bushfire evacuation on the developing Bushfire Prone land in Ingleside. My Motion called for their release, but Regan and his cohorts blocked this effort for transparency and accountability”.

“The Coroner’s Report into the 1994 bushfires that devastated numerous houses, particularly in Warriewood made it clear bushfire risk is high. The Department of Planning’s proposal to have “unassisted evacuations” in the event of disaster on the already choked Powder Works Road is ridiculous and the Government has not allocated any funding to improve infrastructure”.

“Cr. Regan and his cohorts also defeated my efforts to call on the State Government to finally address the Infrastructure deficiencies in Ingleside and the surrounding area. Many homes are not connected to sewerage infrastructure and the Sydney Water Supply which results in them unable to fight bushfires, roads are cracked and many not even sealed and electricity supply and lighting in some existing residential streets is non-existent”.

“On the weekend, Cr. Regan wrote to residents saying he preferred that the 980 dwellings go to Brookvale. This was never resolved by Council and are weasel words. If this was whacked into Brookvale it would result in the destruction of the Brookvale Valley and loss of jobs at the industrial area with factories quickly sold in return for medium and high-density development” Cr De Luca stated.

A letter tabled by Cr De Luca from the Minister for Planning to Ku-ring-gai Council revealed that Councils are responsible for “deciding the number of dwellings in its local housing supply target and how it is accommodated within the local government area” and that targets by the Greater Sydney Commission are “not a legal requirement”.

“The Minister’s letter setting out something Councillors already know, evidences it is in fact Cr. Regan and his party pushing for unnecessary development on the Northern Beaches in the Housing Plan. It is a disingenuous fallacy to say Council will have its planning powers taken away if we don’t accord with suggested targets of the Greater Sydney Commission. Cr Regan cited that Ku-ring-gai Council had its powers taken away but conveniently forgets to explain this was under the Labor Government well over a decade ago, that they were swiftly returned by the Coalition Government upon election in 2011 and that Ku-ring-gai was refusing to allow development around train stations. The Northern Beaches does not have any rail or fast transport infrastructure. He’s creating fear to push his and his party’s development agenda.” Cr. De Luca concluded.

''This lack of transparency causes anxiety and cynicism about the DPIE's intentions in progressing the project, and genuine fear about what risks will be faced by the community during future bushfire seasons.'' the voted down motion states.

Councillor De Luca's motion also wanted Council to write to the NSW Minister for Planning, The Hon. Dr. Rob Stokes MP, requesting that the NSW Government provide a report to Council that demonstrates the cumulative effects of DPIE projects and place strategies in the Northern Beaches LGA upon our residents and our environment, including: Wakehurst Parkway, Frenchs Forest Precinct, Mona Vale Road widening, Northern Beaches tunnel, Warriewood Valley and Narrabeen Lagoon Catchment area, including the possibility of flooding.

Wirreanda Valley residents are still waiting for these - in 2021.

This too, as part of his tabled Motion, was voted down.

Below runs Mayor of Ku-ring-gai Jennifer Anderson's Mayors Message of July 21st, 2021, which refers to some of the Issues around housing targets our neighbouring Council's Mayor has been investigating.

For those not familiar with the matter, all NSW councils were required by the State Government to prepare housing strategies by this year to plan demand for new housing in their areas to the year 2036. In Sydney, new housing was to be planned according to pre-set targets by the Greater Sydney Commission, which was set up by the State Government to oversee future planning for the city. https://bit.ly/3Bi4PeS

Both Mr Henskens and Mr O’Dea would be well aware of the requirements of the Commission, which anticipated new housing would have to be found for a population increase in Ku-ring-gai of up to 10,000 by 2036.

In March 2020 the Greater Sydney Commission set a target of 3000 to 3600 new homes in Ku-ring-gai within the next 6-10 years, equating to a projected population increase of 10,000 new residents. The Council put together a housing strategy based on that target. All this information is documented on the public record.

Last year on behalf of the Ku-ring-gai community and the Council I sought clarification from the Premier of NSW on proposed housing targets for our area, when it became clear that the community did not want increased housing foisted on them by the Greater Sydney Commission. https://bit.ly/2V1J1U2

The Planning Minister Mr Stokes wrote back on 8 September 2020, stating that the Commission’s target for new housing was not a legal requirement by the state government and that ‘the Council is responsible for deciding the number of dwellings in its local housing supply target.’ https://bit.ly/3wOL2QZ

Hundreds of residents wrote to me at the time and I did not hesitate to work with a number of councillors to reject the housing targets set by the Greater Sydney Commission.

My stance and the action I took then, with the support of some of my councillor colleagues, has proven to be correct. Mr. Henskens has even confirmed to his constituents that the Council’s decision to rely on existing capacity within our current planning controls for new housing was the right one.

On 23 September 2020 a second letter arrived from Mr Stokes, threatening ‘direct action’ unless Council complies with the Greater Sydney Commission dwelling targets of 3000 to 3600 new homes. The Minister stated: “if councils don’t want to lead planning for growth at a local level, it will simply mean the Government will need to take more direct action. If Ku-ring-gai Council doesn’t want to take on that responsibility, they are welcome to ask the Government to do the work for them". Mr. Henskens and Mr. O’Dea did not publicly release Minister Stokes’ correspondence to the community but Council did so for all to read. https://bit.ly/3kG5mBG

This makes the statement issued by the local MPs late Friday even more appalling.

Mr Henskens and Mr O’Dea need to own that fact, instead of levelling accusations that the Council has wasted funds preparing a strategy that their government demanded of the Council. They should be apologising to the residents of Ku-ring-gai for the State Government’s waste of ratepayers’ funds.

As State Members of Parliament, Mr. Henskens and Mr. O’Dea, should, in the interests of all citizens, be asking why State Government-appointed entities such as the Greater Sydney Commission and its own NSW Department of Planning, Infrastructure and Environment have long been issuing demands with unnecessary housing targets for more and more development to councils across metropolitan Sydney.

I would urgently welcome an independent public inquiry into these disturbing State Government planning matters.

Over the weekend the NSW Government took the necessary step of postponing council elections across the state until Saturday 4 December due to the current COVID-19 situation. This means that dates for updating details on the electoral roll, nominations for candidates, postal and pre-poll voting have all changed. Full details of the changes are at krg.nsw.gov.au/elections. If further announcements about the elections are made we will keep you informed.

I’ve been encouraged by the response from local residents to my statement on Ku-ring-gai’s Housing Strategy. This was issued in reply to a very provocative statement from local MPs Alister Henskens and Jonathan O’Dea, who somehow want residents to think that Ku-ring-gai Council is responsible for their government’s planning mess. I have called for a public enquiry into this - read my statement and the local MPs statement.

The ongoing COVID crisis in Sydney is continuing and I urge everyone in our community who has not yet been vaccinated to book in. It’s critical that we stop the spread and our hospitals from being overwhelmed by sick and dying COVID patients. Details of vaccination and testing clinics are at NSW Health. Our Council and community organisations are providing a range of support for those residents who may be struggling in the lockdown; more details are on our Life Online community support page. Please stay safe everyone!