Ichi Ban Nominated for World Sailing's Boat of the Year 2019 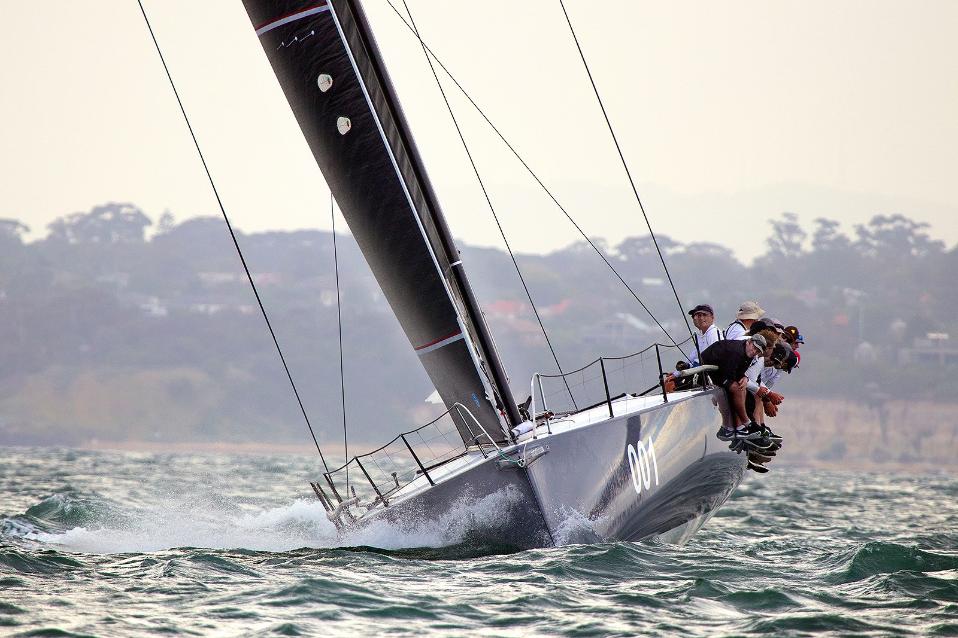 Three diverse boats, all with unique characteristics that highlight the diversity of equipment and design in sailing, have been nominated for World Sailing’s 2019 Goslings Boat of the Year Award.

The F50, a high-performance one design multihull, Ichi Ban, a modified TP52 suitable for inshore and offshore racing, and Chantiers Jeanneau - Sun Fast 3300, a 30-foot one design monohull, have all been shortlisted.

The World Sailing Goslings Boat of the Year Award recognises outstanding boat design, innovative concepts and ground-breaking technological advancements that are changing the face of sailing, pioneering change across the world.

World Sailing Vice-President Gary Jobson, respected sailing journalist Matt Sheahan, and World Sailing Head of Technical and Offshore Jaime Navarro made up the judging panel and reviewed the applicants before voting on the shortlist of three.

Ran VII won the inaugural award in 2018 and the judging panel will now vote on who will receive the 2019 Goslings Boat of the Year Award, before the winner is announced at the 2019 World Sailing Awards, which take place in Bermuda on Tuesday 29 October.

Further information on each boat is below:

The F50 showcases cutting-edge technology that has been carefully developed over the past ten years.

Launched for SailGP, the fan-centric grand prix racing circuit, the F50 is a high-tech one design class. It is powered by a 24-metre wingsail and flies above the water on hydrofoils, which has produced a 15% performance gain in comparison to its predecessor, the AC50.

SailGP features a fleet of six F50s, three of which are complete new builds. Compared to the AC50, they have been extensively modified with new foils and board cases, new rudders and elevators, new hydraulics and electronics, a new cockpit layout for five crew, a new steering system, and a new flight control system operated by a joy stick.

SailGP employed veteran designer Mike Drummond to lead the design effort, supported by some of the most respected names in foil and aerodynamic design, including Hal Youngren and Tom Speers.

Top designers and engineers are constantly improving and evolving the boats to increase their performance and ensure they remain cutting-edge. Ideas and designs are tested and then implemented on each boat at the same time, ensuring each improvement is applied equally across the fleet and therefore making the racing faster and more competitive.

The latest edition of a successful line of boats named Ichi Ban, the modified TP52 caters perfectly for both ocean and inshore racing.

Ichi Ban is designed to perform in windward leeward courses as well as in tough, gruelling offshore conditions seen in high-profile races such as the Rolex Sydney Hobart Yacht Race.

Unlike most high-tech racing yachts built today that are suited to either inshore or offshore racing, Ichi Ban has an inshore rudder and mast which can be interchanged for offshore sailing. Hatches are also swapped for better waterproofing and the take down line systems are put into the yacht when required.

Around 110 changes were made during the design and build process to an existing TP52 Hull to make Ichi Ban a truly inshore/offshore yacht that will set the trend for owners who, in the future, can use one yacht much more as a result.

She will be competing in the 2019 Sydney to Hobart Yacht Race - the 75th edition of this world renowned yacht odysessy.

A bold racing boat that is designed for success, it benefits from exceptional rigidity with a considerable weight reduction. The hull shape is benefiting from all the innovation of CFD hull design. The double concave underwater shape is unique on a large production boat.

Due to its light, powerful hull, twin rudders and straight keel, this new Sun Fast can combine speed and stability in any sea conditions. Perfectly adapted to single-handed, double-handed or fully crewed racing, the Sun Fast 3300 utilises a low-tech production process to keep the price as low as possible.

Launched at the end of March 2019, the Sun Fast 3300 finished second in light breeze at Spi Ouest France and then second in the IRC doublehanded at the Rolex Fastnet Race, highlighting its potential. The boat will take part in the 2019 Rolex Sydney Hobart Yacht Race.

About the World Sailing Awards

The World Sailing Awards celebrate outstanding achievement and exceptional contributions to the sport of sailing. The highlight of the annual Awards night is the presentation of the ultimate recognition of excellence - the Rolex World Sailor of the Year Award.