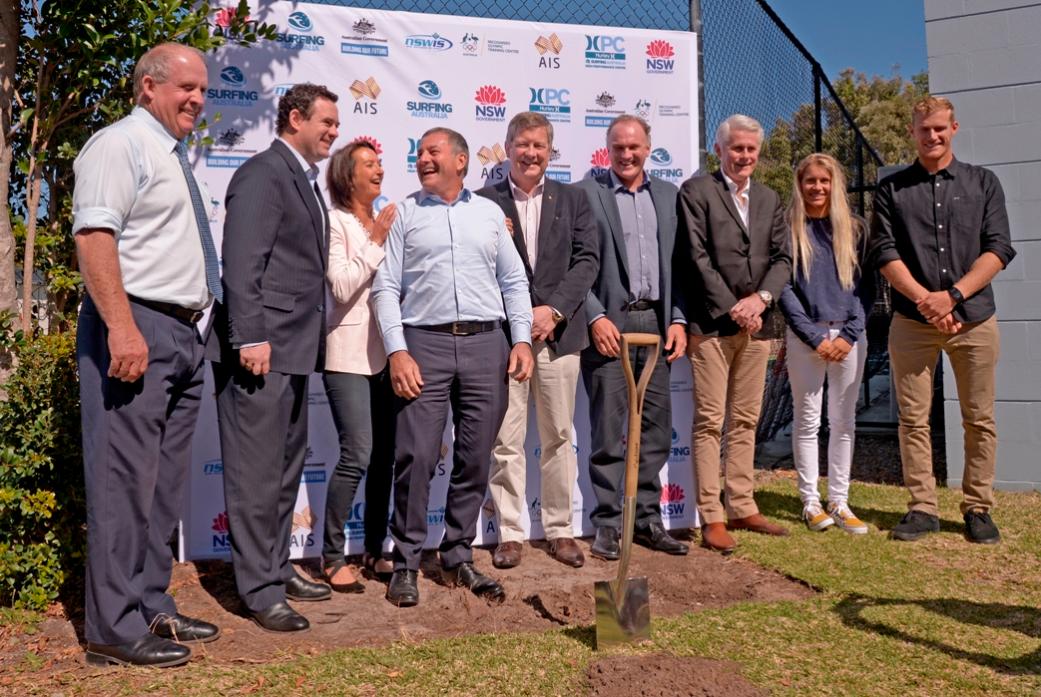 Future Australian Olympic surf stars received another massive boost today as the Hurley Surfing Australia High Performance Centre (HPC) gets set to take on a whole new look and feel in 2018 after the first sod of soil was turned in a major expansion project thanks to both Federal and State funding grants.
Construction officially begins August 31st on the 6-million-dollar expansion that will include:
All these new facilities will allow for a full blooded Olympic Campaign heading towards the 2020 games in Japan.
Surfing Australia CEO Andrew Stark said the expansion of the HPC would only serve as an even better tool for future Australian surfing success on the world stage.
“This is another fantastic step for Surfing in this country that is perfectly timed with the Olympic campaign for Japan 2020. The current HPC has been an outstanding success and the new expanded facility will only grow on that success into the future. We are incredibly proud of the announcement today and the amazing legacy it will provide to surfing and also the local community. We sincerely thank the Federal and state government for their support to make this dream come true.”
The expansion project was made possible by the Australian Government’s investment of $2.536 million in funding through the Building Better Regions Fund and the New South Wales Government represented by Sport and Recreation within the Office of Sport who funded $3 million for the expansion.
The new facility will be four times the size of the current HPC and will be opened in mid 2018.
Senator for New South Wales John Williams said: “We now have the expertise, the coaches and the facility which is the ultimate package. We have seen the natural talent Aussies have had over many decades and now we have the facility to give them the opportunity.”
New South Wales Minister for Sport Stuart Ayres said: “Surfing is an absolutely iconic Australian sport and our 90 beaches on offer in NSW are not only the envy of the world but playgrounds for some of our strongest athletes.
“The Hurley Surfing Australia High Performance Centre (HPC) is the world’s first facility dedicated to the development of all surfers, putting our high-performance athletes in the best possible position to keep dominating the sport.”
“It’s an honour to be here to witness the start of this High-Performance Athlete Pathway set to deliver a consistent pipeline of Australian World Champions.”
In more exciting news the centre becomes an Australian Olympic Committee (AOC) Recognised Training Facility, something AOC CEO Matt Carroll is extremely proud of.
“This exceptional new facility is a very exciting development for Australian surfing and the prospects of those athletes that will be a part of the Australian Olympic Team in years to come,” said Carroll.
“We are certain that the facility, along with Bede’s expert guidance, will help nurture our already talented athletes into genuine medal contenders for Tokyo 2020 and beyond.”
Today’s launch also signals exciting news that this facility is now a New South Wales Institute of Sport (NSWIS) National Training Centre and Surfing Australia is very pleased to announce a formal partnership with NSWIS as both a recognised training centre and also as a partner of our Olympic program.
Acting NSWIS CEO Clare Prideaux summed up what it meant for her organisation’s relationship with Surfing Australia, saying: “NSWIS has a really good history of success at Olympics and Paralympics and this centre is all about supporting Surfing Australia to succeed in Tokyo for the 2020 games.”
The HPC will provide elite Australian surfers and their coaches with the opportunity to practice and train in a controlled, world class environment, pushing boundaries and ultimately defining the future of the sport at an Olympic and World Tour level, something Surfing Australia Elite Program Manager Bede Durbidge couldn’t be happier about.
“The facility at the moment is already amazing from an athlete’s perspective but seeing the plans for the expansion is just simply incredible. The surfers will have such an advantage with their preparation leading into events. There is nothing like it anywhere else in the world. I can't thank Andrew and his team enough for making this happen,” said Durbidge.
Surfing Australia Elite Program Manager Bede Durbidge
Surfing Australia Chair and 7 x World Champion Layne Beachley said today’s expansion announcement signals Surfing Australia’s Olympic intent.
“We are extremely grateful to the State and Federal Governments for their support and investment into this world class facility. Today’s ceremony signifies the turning of the tide as we wholeheartedly embrace the challenge of becoming an Olympic sport while providing the future generation of Australian surfers the opportunity to prepare and train in a purpose built and professional environment.”
Attendees this morning included Senator for New South Wales John Williams, Member for Tweed Geoff Provest, The Hon. Stuart Ayres MP – New South Wales Minister for Sport, Australian Olympic Committee CEO Matt Carroll, New South Wales Institute of Sport Acting CEO Clare Prideaux, Surfing Australia CEO Andrew Stark, Surfing Australia Chair and 7 x World Champion Layne Beachley, Surfing Australia Elite Program Manager Bede Durbidge, World Surf League (WSL) Australasian/Oceanic Junior Qualifying Series Champion Zahli Kelly and 1979 World Champion Wayne ‘Rabbit’ Bartholomew. 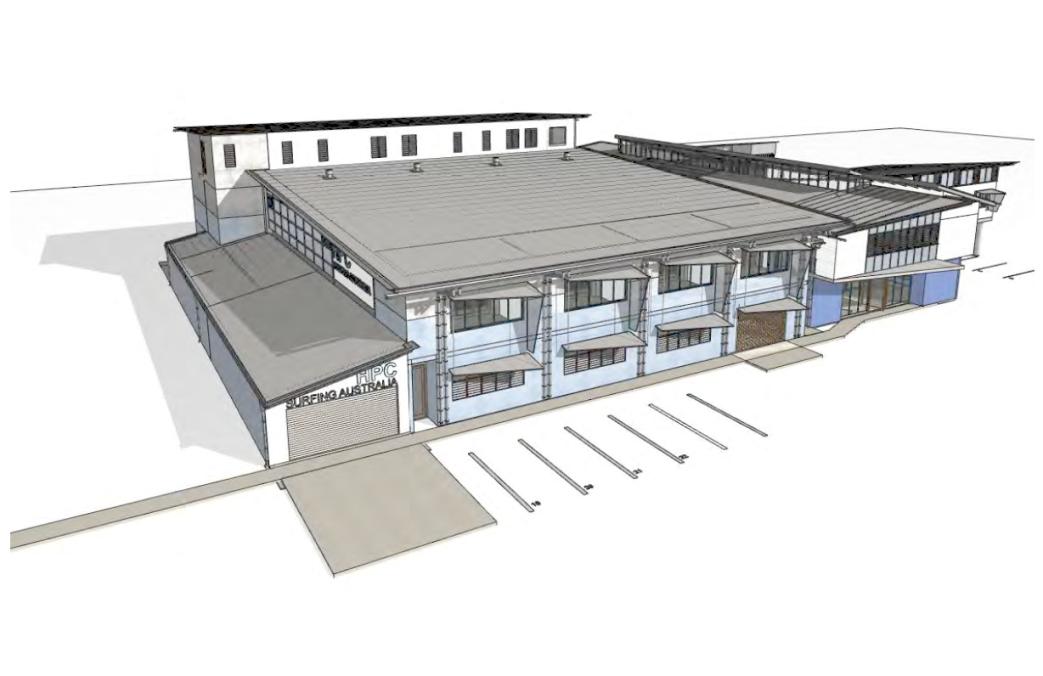