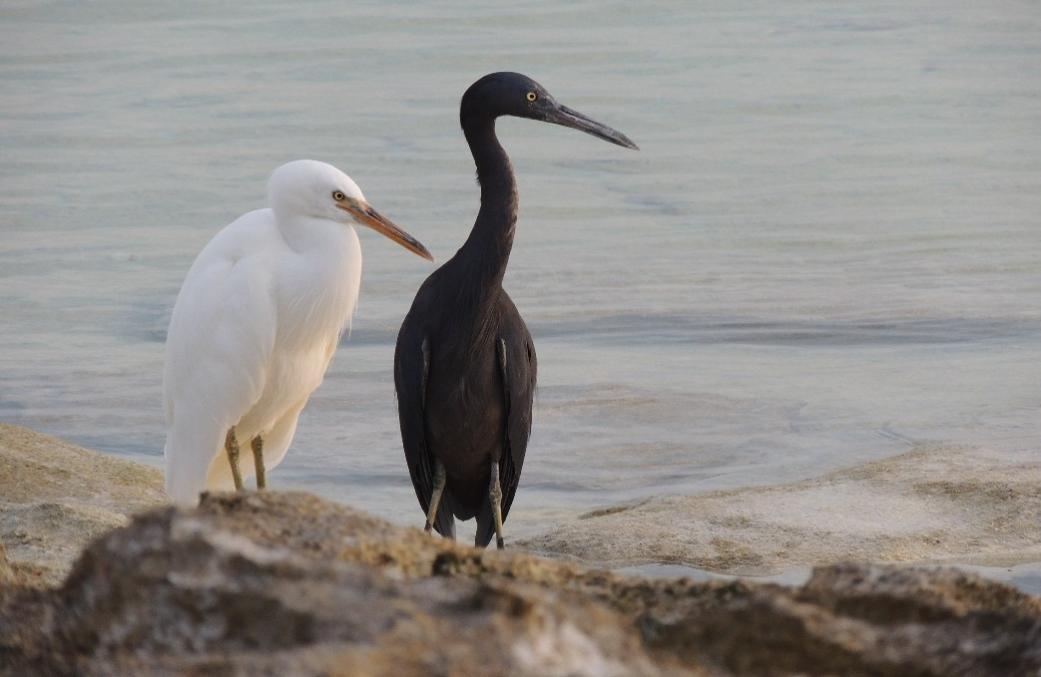 Small enough to walk around in twenty minutes, Heron Island is a gem at the southern end of the Great Barrier Reef. Our two hour trip from Gladstone on the wave-piercing catamaran, Heron Islander is a pleasant one as there is barely a swell.

As we enter the passage through fringing coral the water turns from cobalt blue to turquoise. The tang of salty air is welcoming. Beyond the wharf, pathways weave amongst palms to the accommodation.

Sand scrunching under foot, my partner and I begin our leisurely circumnavigation while light prevails. The entangled limbs of a dead tree appear as a wooden sculpture. Leaving the buildings behind, the Pisonia forest becomes the backdrop. Past Shark Bay and on towards Research Beach low tide has exposed a rocky reef. A stingray is trapped in a tidal pool its barbed tail jerking.

A pair of black and white birds, which gave Heron its name, poses on rocks. Since the island’s discovery by Europeans in 1843 these birds have been reclassified as egrets. Bird life dominates; noisy calls fill the air. An estimated 200,000 birds can be found on or around the island. Some species such as the Black Noddy arrive here to breed. Others migrate to escape harsh winters and mix with resident birds. Crested terns are listed as visitors.

Approaching the harbour, the rusted hulk of HMCS Protector comes into view. The vessel served in three wars and was one of the most powerful gunboat cruisers of her time. Requisitioned by the US army in 1943 she was damaged in a collision with a tug off Gladstone and beached. Two years later Protector was re-floated and towed to Heron Island where she was scuttled on the reef crest to serve as a breakwater.

Circuit complete, we return to our room, comfortable rather than luxurious. There is a ceiling fan but no air conditioning. Nor is there TV, Wi-Fi or mobile reception. A tech-free zone. What a perfect isle of retreat!

The Shearwater Restaurant is like a human aviary, netted to keep feathered friends out. After dinner, on a moonlit beach our mission begins. It’s early December and turtles are still laying. High up on the sand, I detect movement. Sand is being flipped as a turtle creates a body pit. The cumbersome creature moves its rear from side to side whilst laying. She emits a loud sigh on completion. A statement of the effort involved.

Exhausted, she then clambers out and returns to the water. Heaving forward with her flippers, she travels around two metres at a time then rests. More than a hundred metres later her domed shell is encircled by the sea and she is able to swim away. Watching this process for the first time is wondrous.

Early morning, light shimmers on the beach striped with what looks like tractor tracks. Waves break rhythmically on the outer reef. At one stage I am alone just absorbing the atmosphere. How I love islands!

Then our daylight discovery. Several of the 8,000 Green turtles that nest here can be seen. There are a few onlookers; cameras ready. Turtles can be disturbed by light and movement. Flash photography is not permitted. We are advised to keep well to the side of their track and remain still.

Turtle returning to the sea

We don’t actually see any eggs; they are deposited into cavities in the sand. Turtles drag their bulk back to sea finalising this part of their life cycle. Heron Island provides this privilege of observing nature. My sole desire is to return in January or February to watch the hatchlings on their perilous journey to a watery existence. 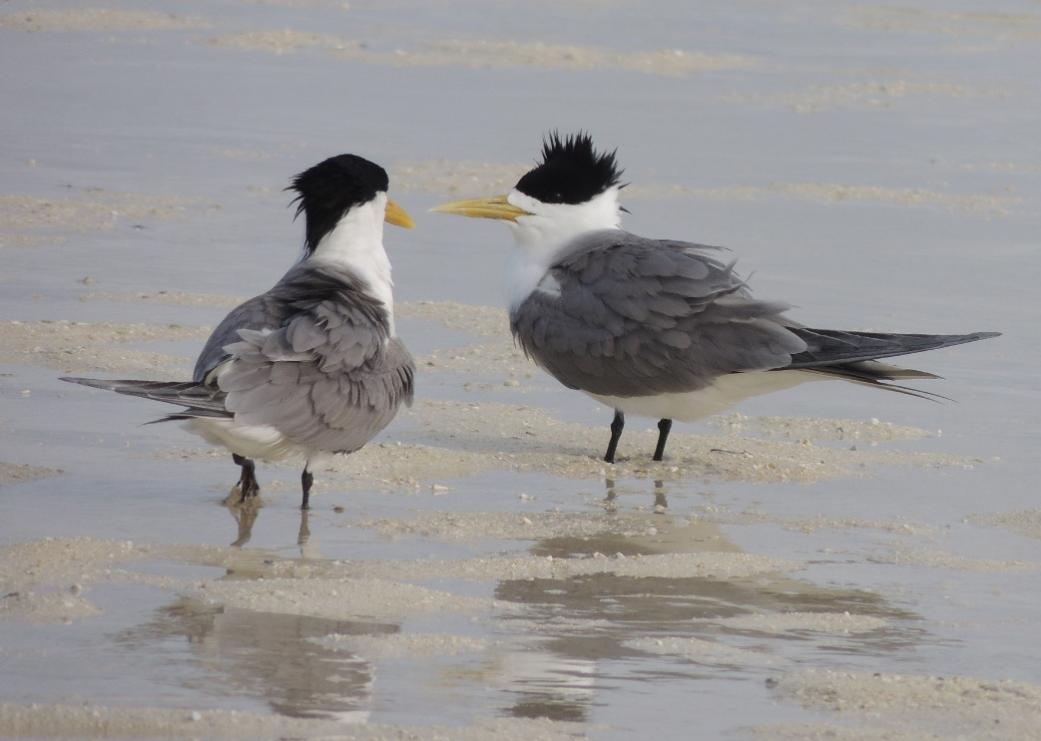