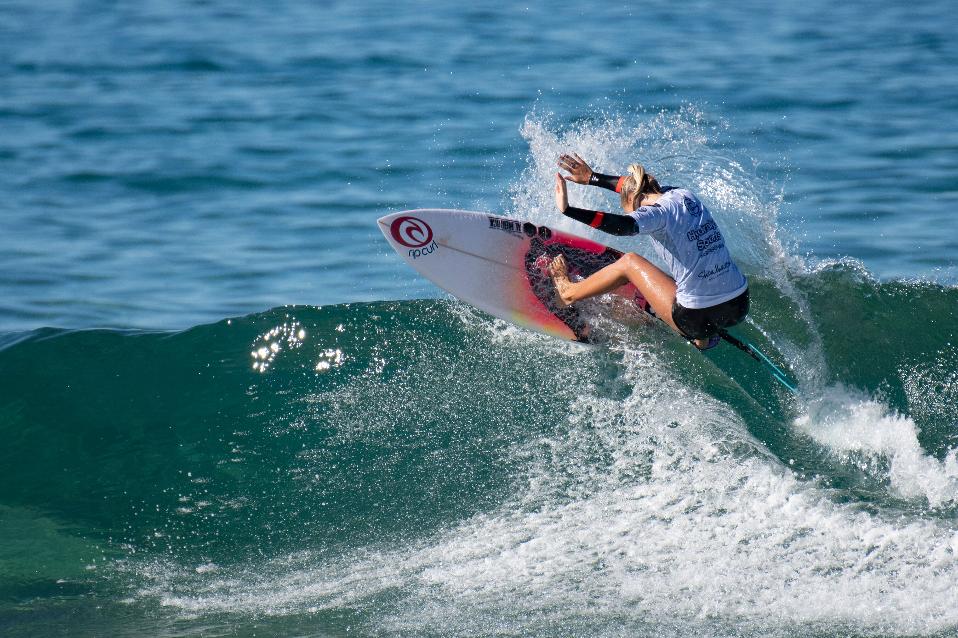 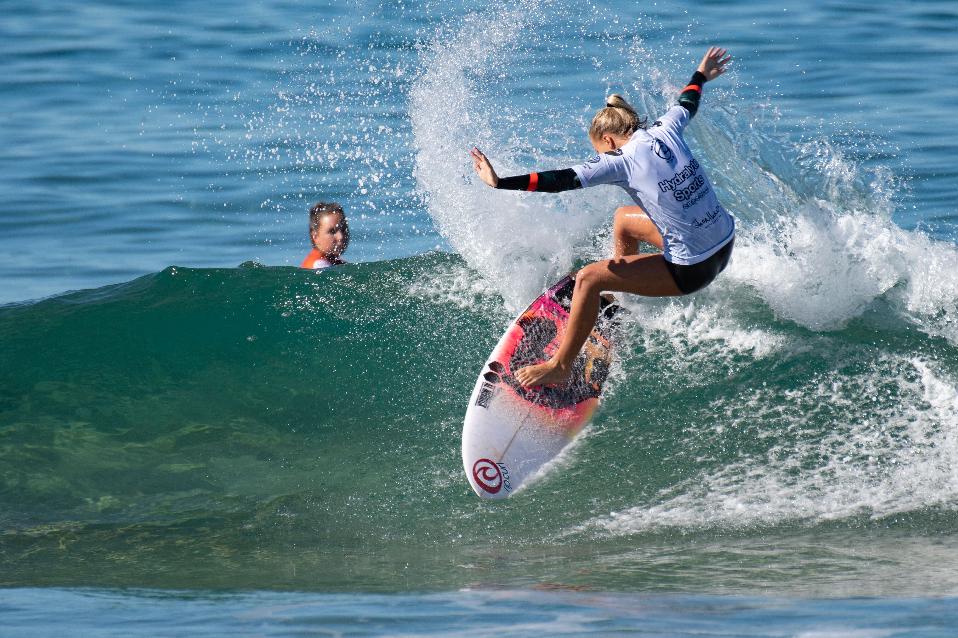 Dakoda Walters successfully completed his hat-trick of junior series wins, following victories at previous events at Cronulla, the Gold Coast and now Shoalhaven. Walters surfed the final with a combination of flair and maturity as he waited patiently for the bigger sets that allowed him to execute his combination of stylish snaps. As a result, Walters finished the final with an impressive 16.50 two-wave combination that was made up of a near-perfect 9.25 and a 7.25 wave score. 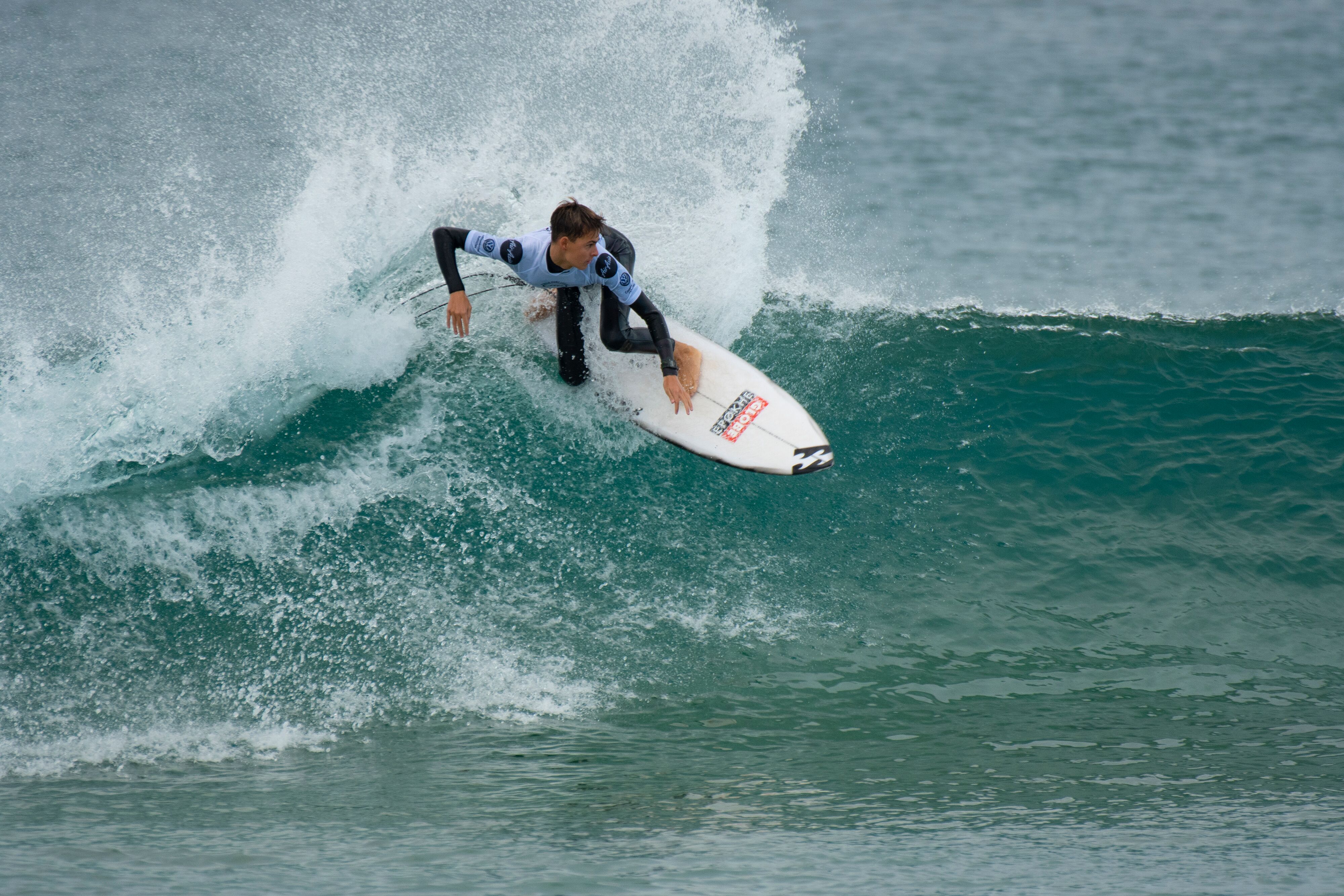 “This is a dream come true,” said Walters. “That was such a fun final and the waves came from nowhere to finish the event, which gave all of us a bunch of opportunities to get some decent scores.  Once I got that 9.25 I knew I’d have to wait for a decent backup score to get ahead of the other guys as I’d seen all of them post excellent scores throughout the event. I’m stoked that I was able to find one when I had first priority and take the win.”

Molly Picklum has put herself into a near-unreachable position on the 2019 Australian Junior rankings, claiming her fourth win from her sixth Pro Junior event. Picklum adopted a patient game over the course of the 30-minute final, only catching two waves that allowed her to notch up a near-perfect 9.50 and a 6.75 and consequently finished with a 16.25 heat total. Picklum received the aforementioned 9.25 for two mammoth backside snaps that allowed her to gain the upper hand against her fellow finalists. 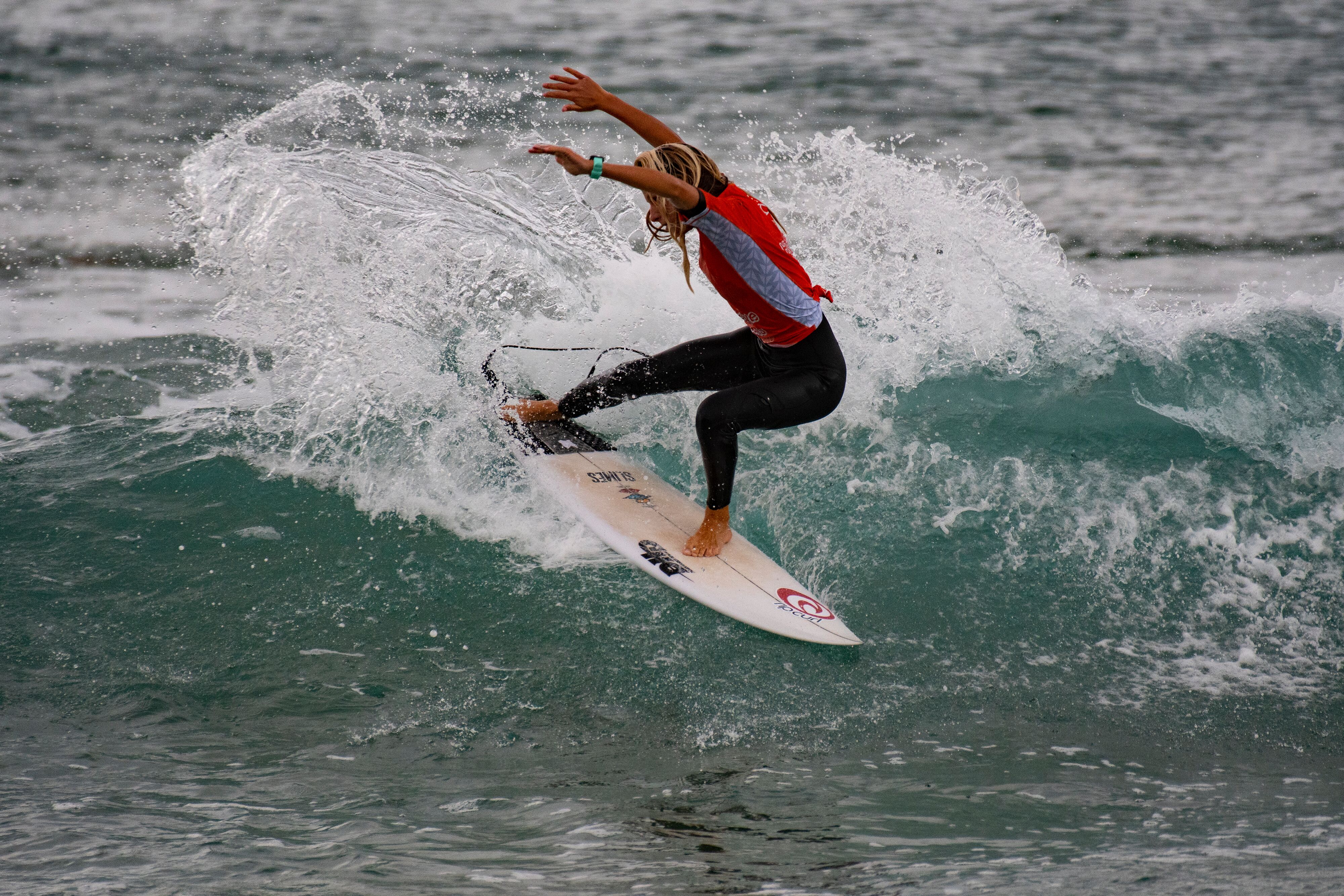 “I never thought I’d be at this stage this year,” said Picklum. “I came into 2019 just wanting to maybe get some finals results and hopefully take an event win, but to be in this position on the rankings is awesome. Hopefully, we get some decent waves for the final two Pro Junior events in Lennox Head and Bells Beach and I can finish off the season well.”

With three finals results already under his belt for 2019, Taj Stokes (Sunshine Coast, Qld) looked hungry for the victory as he decimated a handful of playful lefthanders on offer in the final. Stokes charged hard out of the gates in the final, posting an excellent 8.25 wave score for a variety of impressive backside carves, however with priority against him in the final minutes of the heat, Stokes found himself unable to nab the 8.26 required to steal the win off Walters.

“I’ve had a couple of fourth place finishes and a third also, so to get a second place here feels pretty good. Hopefully, I can get the top spot in the next one,” said Stokes. “I’ve been tapping away at every comp as they come and I feel that you need to have a different mindset in the final to what you have in semis and other rounds. Hopefully, I can use this momentum in the Skullcandy Oz Grom Open Pro Junior in Lennox Head next month and get a win.”

Bodhi Leigh-Jones (Avalon, NSW) has gone one step further to solidifying her runner-up position on the Australian Junior rankings, claiming the runner-up position at Shoalhaven. Leigh-Jones put up a valiant fight in the final posting a 13.10 two-wave heat total but unfortunately fell short of Picklum by a 3.15 margin. 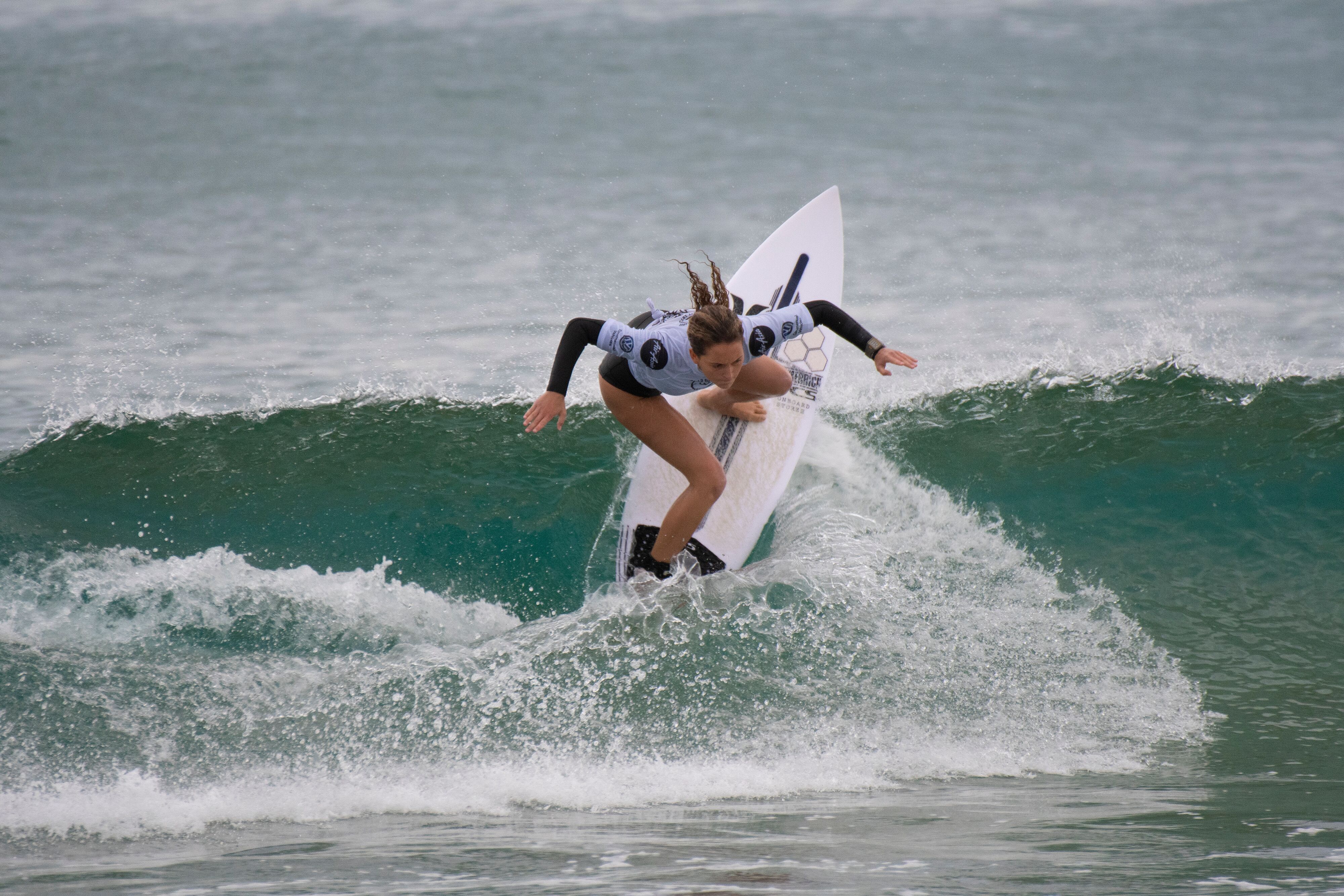 “I’m so happy to be in the second position heading into the last two comps of the year, so hopefully I can stay there and qualify for the World Junior Championships,” said Leigh-Jones. “My goal at the beginning of the year wasn’t actually to make the World Juniors as I wasn’t sure how many events I could do with school being so busy, but after I won one event, I thought there was an opportunity that I should take.”

The elite three-day World Surf League (WSL) Junior Qualifying Series (JQS) event took place from the 24th – 26th May, 2019 and featured over 120 competitors as they attempt to gain ranking points and potentially seal themselves a spot in the World Junior Championship. 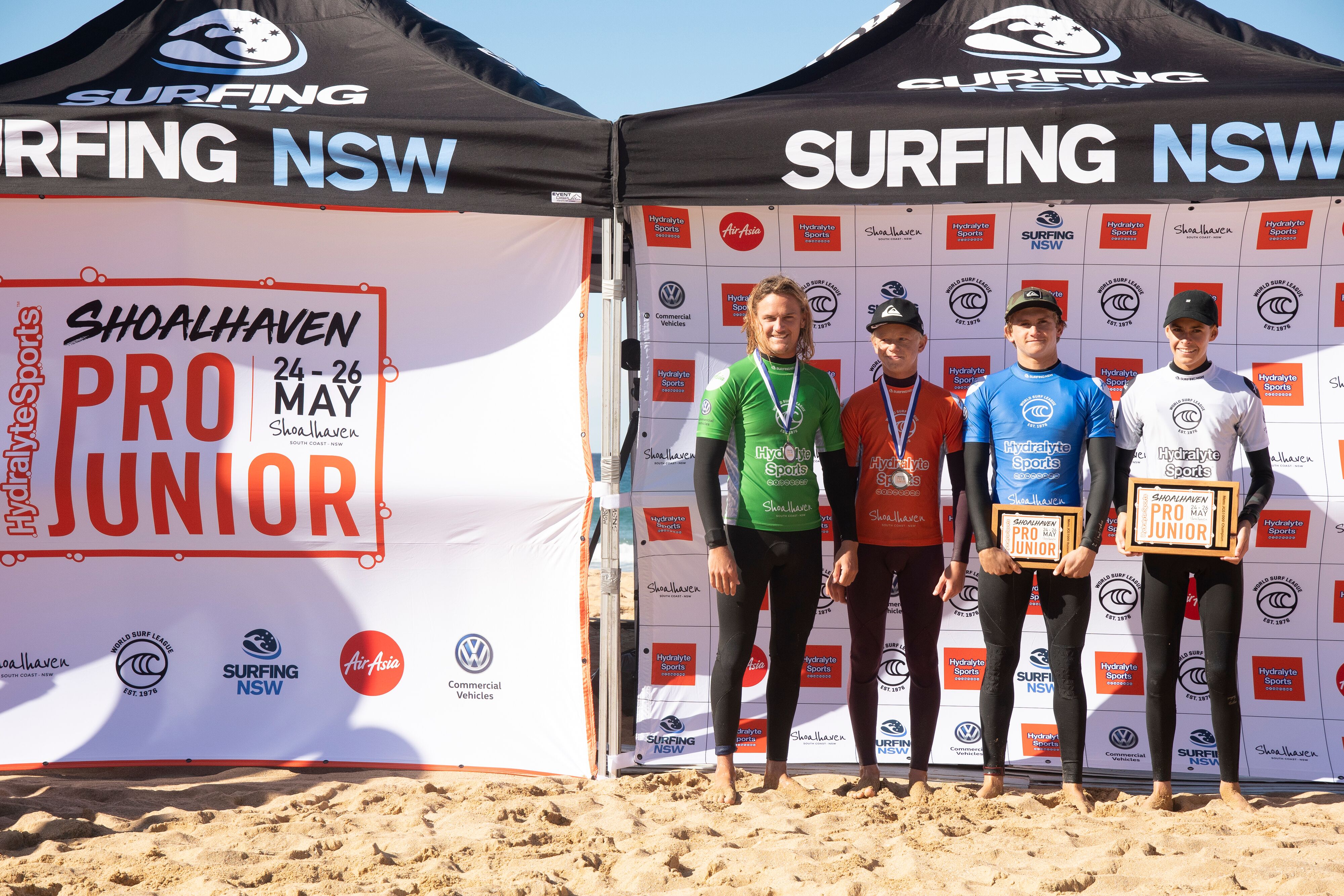 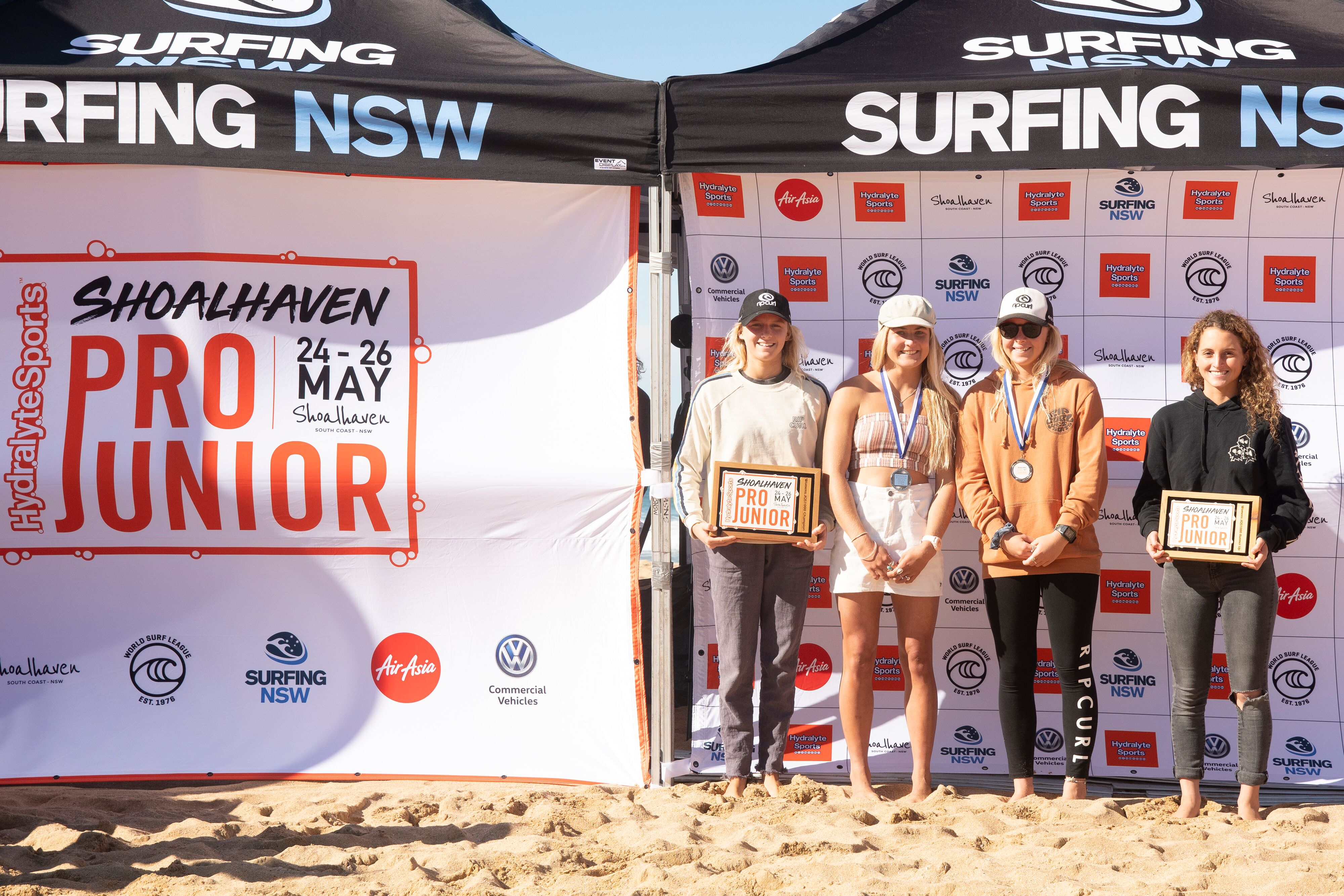 Due to tiny conditions on the NSW coastline, the Hydralyte Sports Shoalhaven Pro Junior was forced to shift north to Werri Beach for the second day in a row.

“It’s always been my goal to take out the 2019 rankings, so hopefully a win will get me closer to solidifying it,” said Picklum. “I knew there’d only be enough room for one or maybe two good turns per wave so I had to make every one count. With any luck, the swell will pop up a little more tomorrow and all the girls will get a few more opportunities to get some decent scores.” 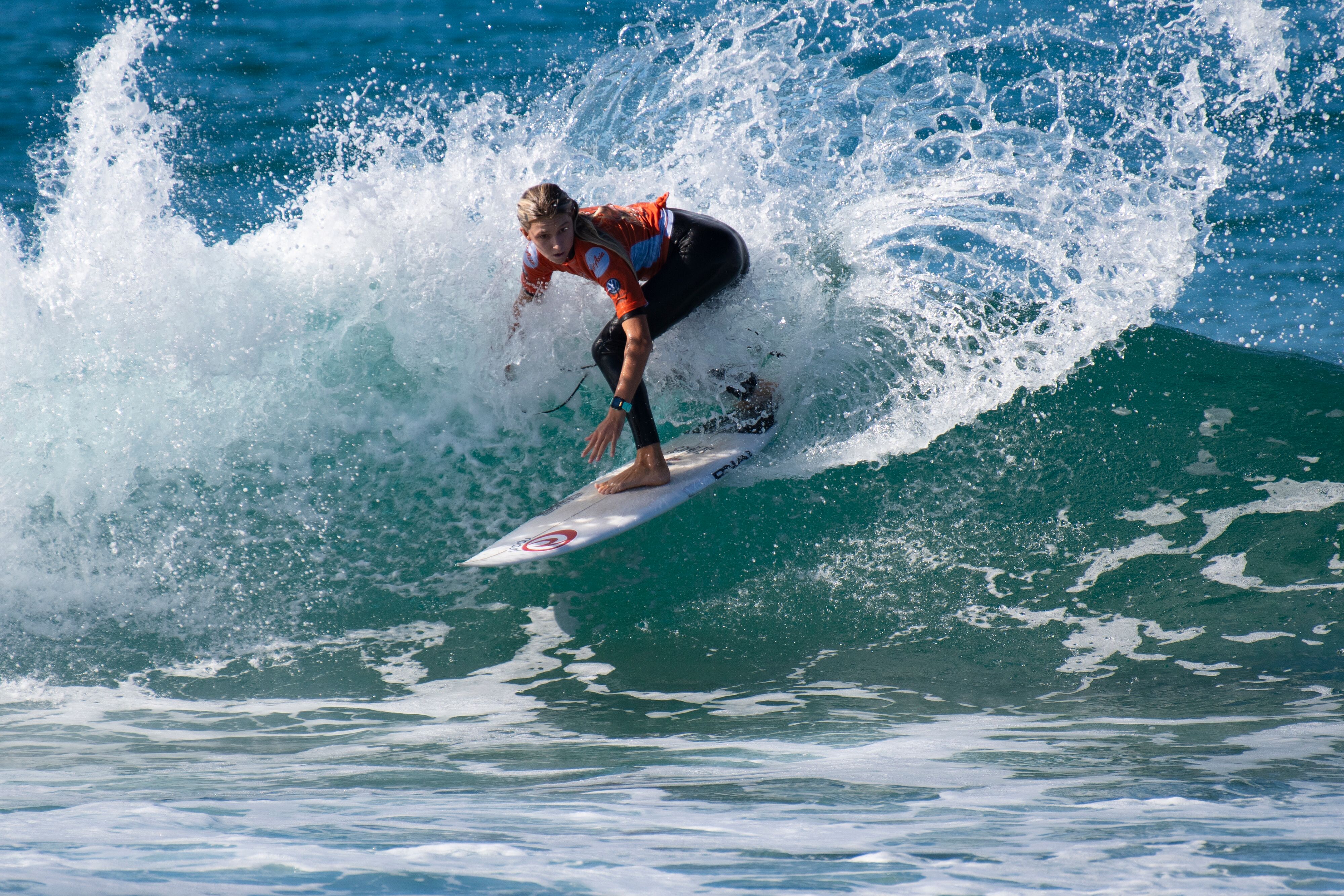 Having claimed the last two events on the WSL JQS in Cronulla and on the Gold Coast, Dakoda Walters (Angourie, NSW) decided to test out his trusty twin-fin mid-heat in Shoalhaven. The risky move paid off for the far north coast natural-footer as he proceeded to claim wins in his round two, round three heats and quarterfinals and sealed his spot in the semis. Another win in Shoalhaven would see Walters extend his already massive lead on the Australian Junior rankings.

“Seeing as though the waves got so small, I thought I would give my twin-fin a go,” said Walters. “I’ve been riding it heaps in freesurfs and love the way it feels, so I figured if I was ever going to ride it in a heat then these were the conditions to do it in.” 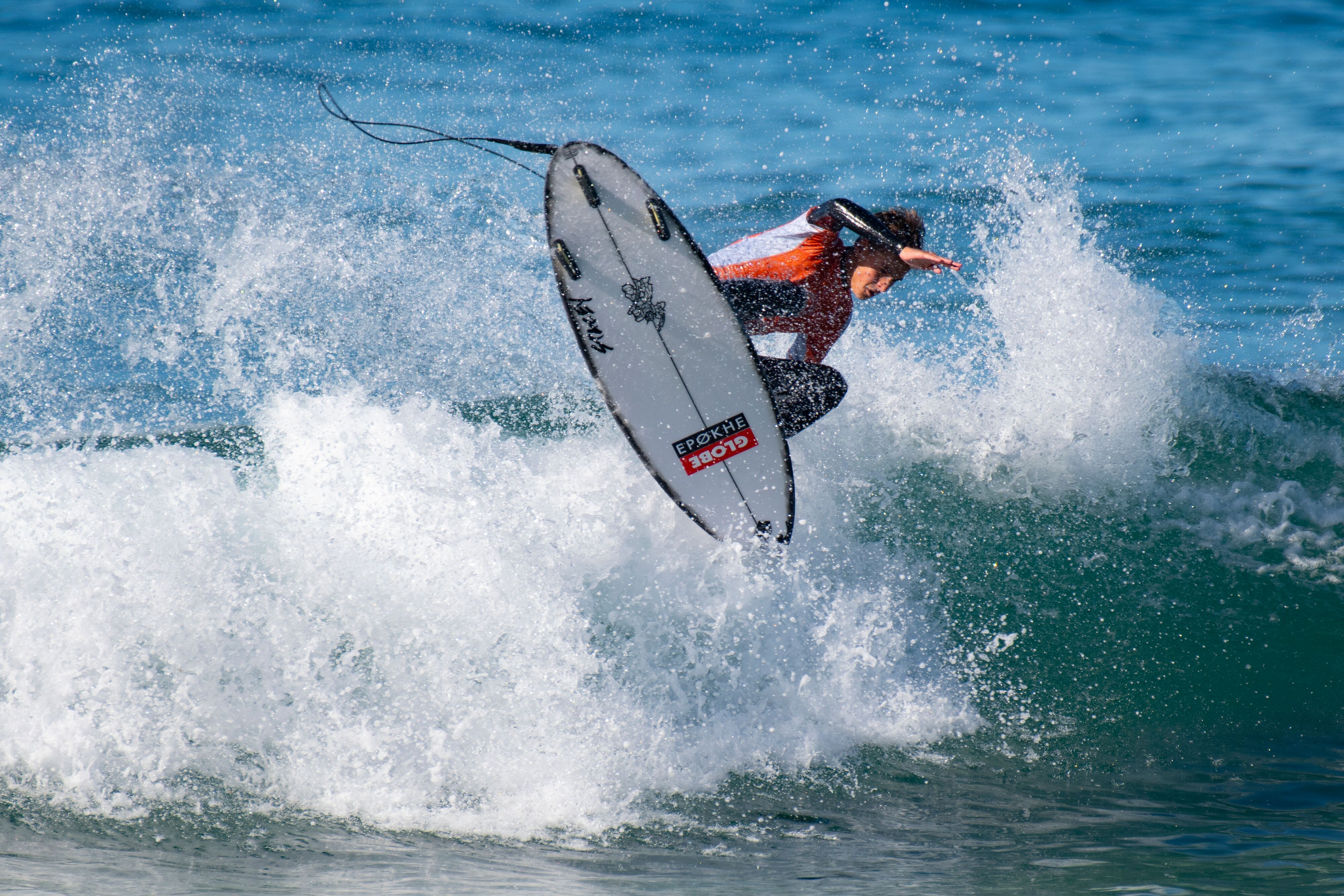 Taj Stokes (Sunshine Coast, Qld) made the tiny waves at Werri look easy as he posted a near-perfect nine-point ride, followed by an excellent 8.00 to amass a mammoth 17.00 two-wave total. Stokes threw down a chain of critical backside turns in the tiny surf to post the total and let it be known that he’d be one of the men to beat as the event continued. Stokes will face Central Coast surfers Caleb Tancred, Lennox Chell and Joel Vaughan in tomorrow’s semi-finals.

“I watched the heats before mine and I knew how tricky it was looking. I saw Caleb in the heat before me get a couple of little running lefts, so I thought I’d go searching for those,” said Stokes. “When it’s this small a lot of it comes down to luck and thankfully it went my way. My whole goal is just to go out there and enjoy it.”

Gold Coast surfer Josh Boyle took out the AirAsia Airshow Award for a sizeable air-reverse in the tricky conditions. As a result, Boyle has won a $500.00 voucher to use at over 140 destinations across Asia.

The elite three-day World Surf League (WSL) Junior Qualifying Series (JQS) event is taking place from the 24th – 26th May, 2019 and features over 120 competitors as they attempt to gain ranking points and potentially seal themselves a spot in the World Junior Championship. 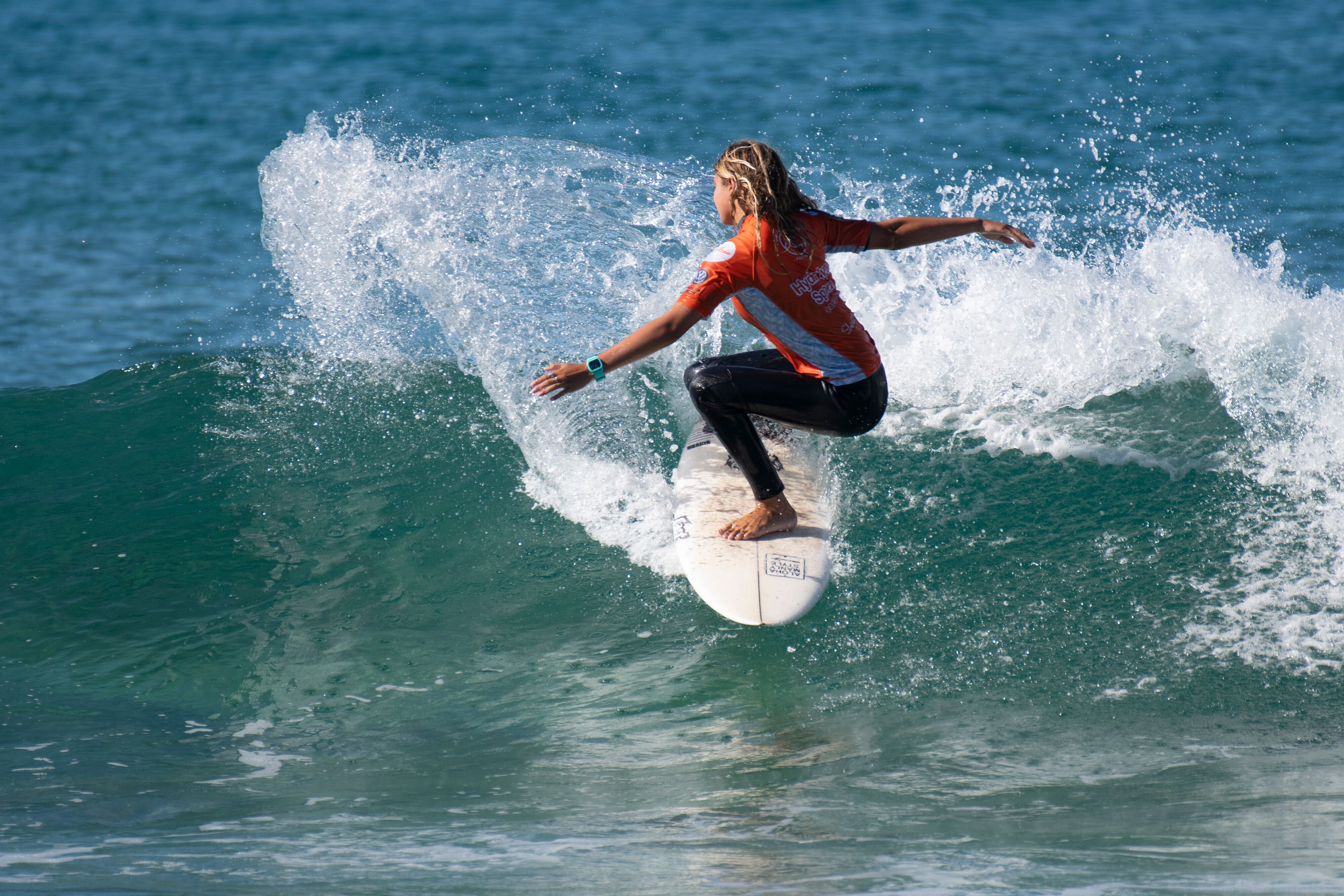 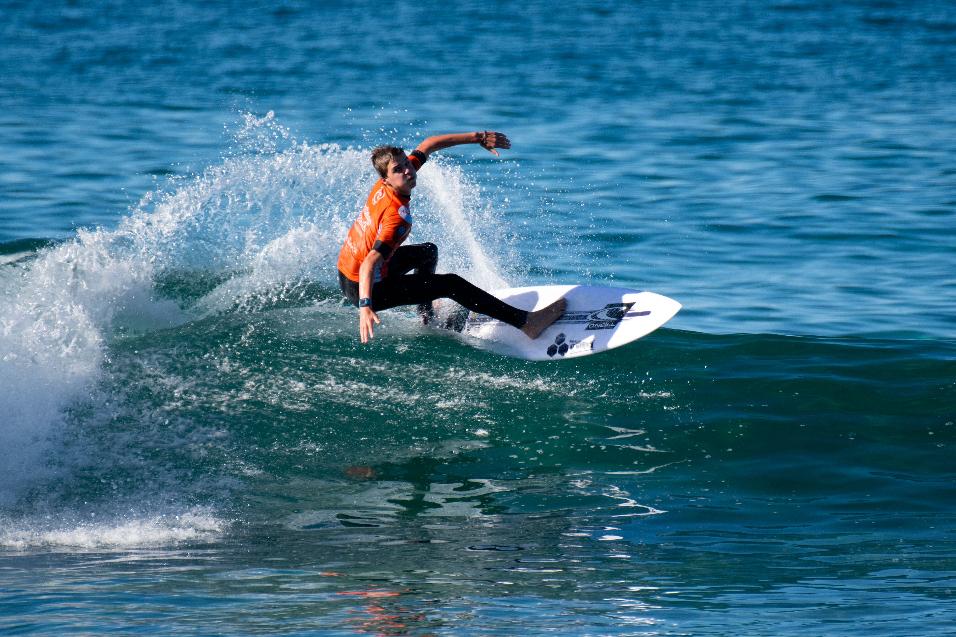 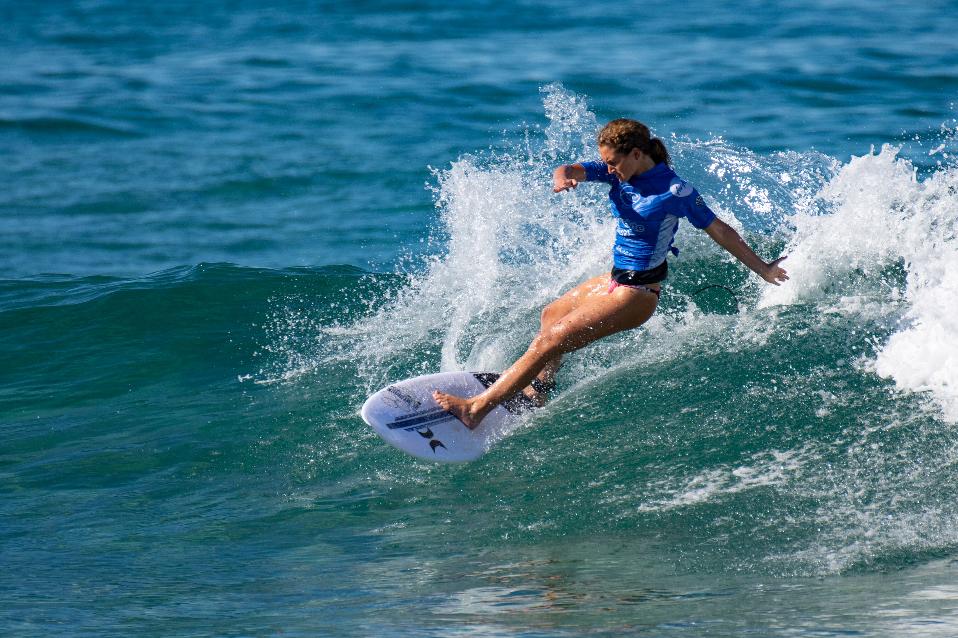 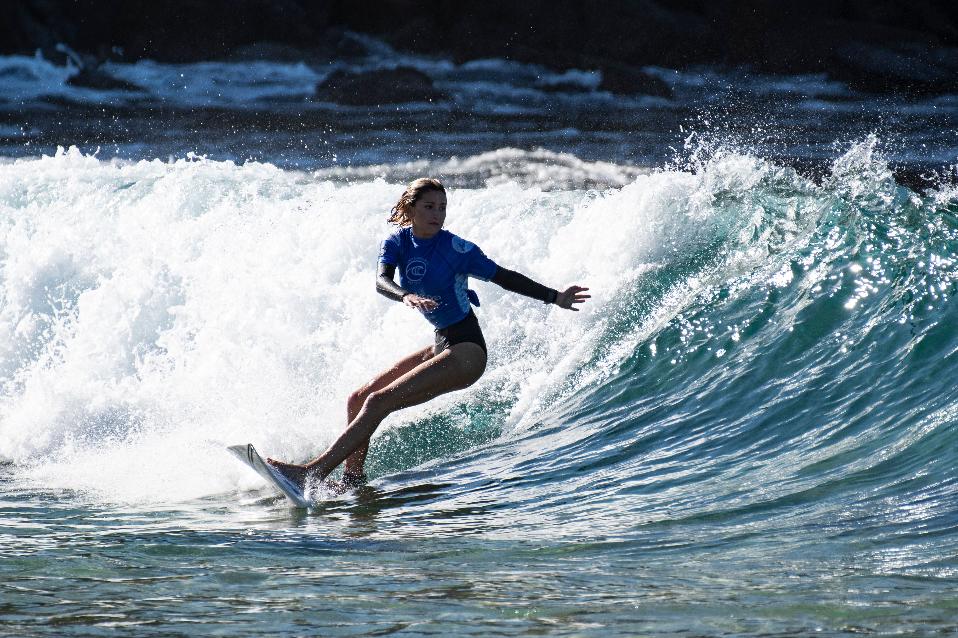 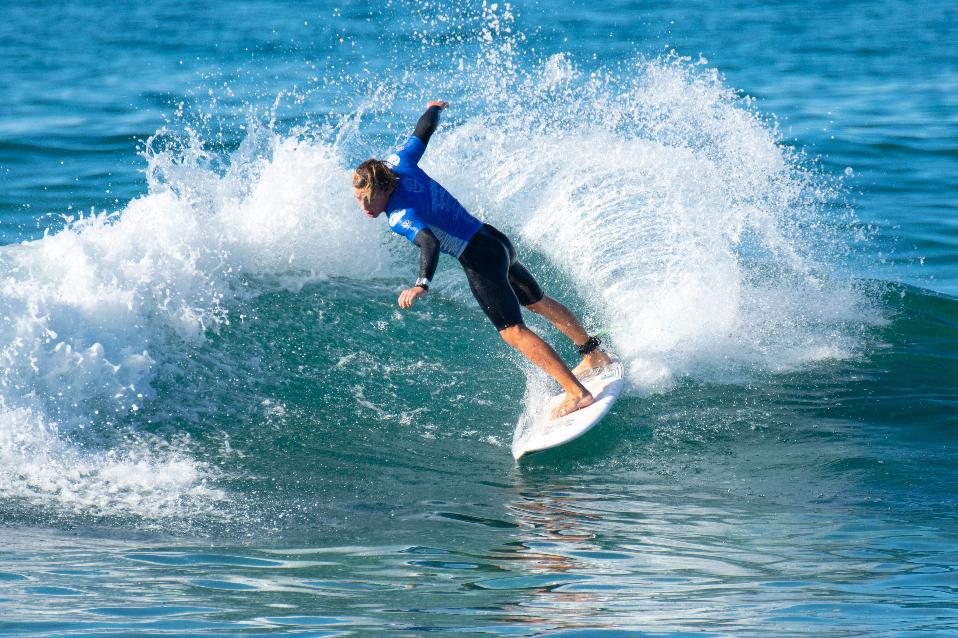 The opening day of the Hydralyte Sports Shoalhaven Pro Junior commenced today, in what was a challenging day that saw small surf and venue changes.

Tru Starling (Narrabeen, NSW) made the most of the move to Werri Beach from Shoalhaven Heads, finding a handful of punchy peaks, which she proceeded to tear apart with a combination of style and aggression. As a result, Starling was able to claim the victory in her opening exchange ahead of fancied opponents, Nyxie Ryan (Lennox Head, NSW), Anne Dos Santos (Brazil) and Tiya Collins with a respectable 11.75 two-wave heat total. 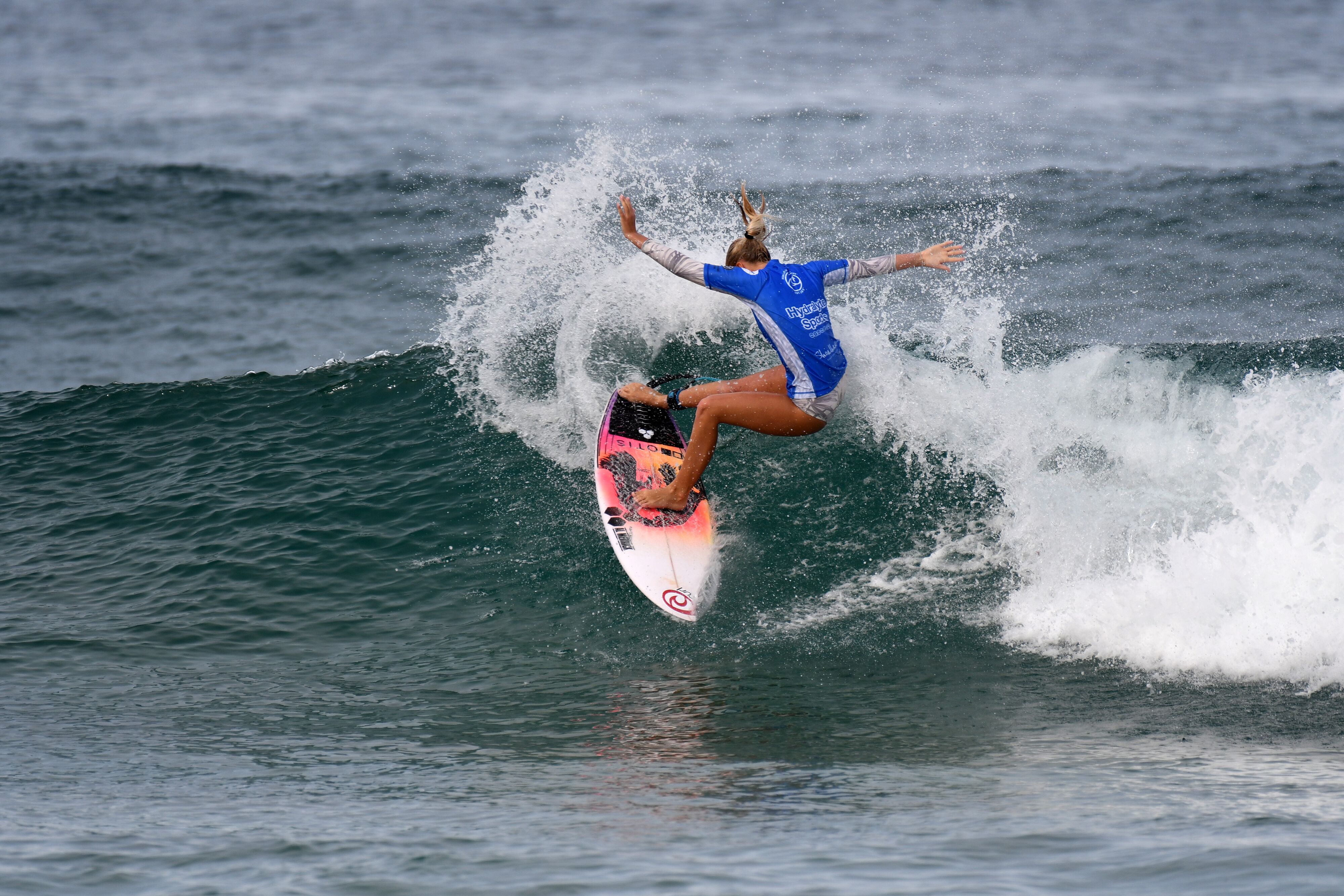 “I’m so happy to get a heat win, especially against those girls,” said Starling. “Thankfully a few little waves came my way which threw up a couple of little sections. Anyone of those girls could have taken that heat out, so it definitely helps my confidence to get a win over them and before heading into the next round.”

Current World Surf League Junior Tour ranking number four, Caleb Tancred (Avoca, NSW) kept his Junior Series momentum going, moving through his round one heat behind perennial event standout and heat winner Kobi Clements (Long Reef, NSW). Tancred hopes a solid result in Shoalhaven will allow him to cement himself a spot in the top five on the series and place him in the box seat to qualify for the 2019 World Junior Championship.

“I missed a few Pro Junior events cause I was away travelling, so I’m hoping for a good result here,” said Tancred. “My whole goal for 2019 is to make the World Juniors again and also surf in as many higher ranked QS events as I possibly can. Hopefully, I can achieve that here.” 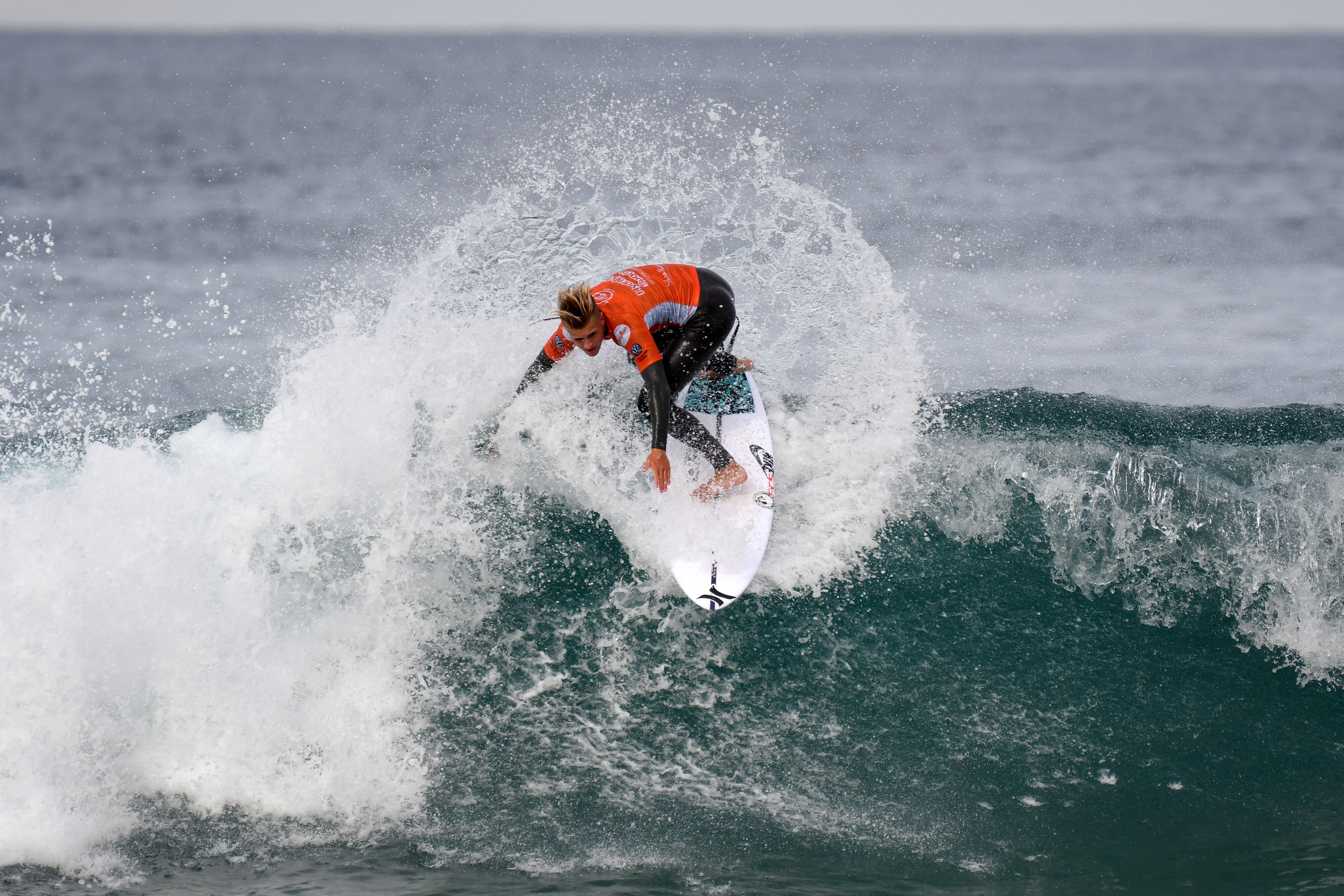 Micah Margieson (Cabarita, NSW) showed why he was reigning Australian Junior Champion, decimating the playful lefthanders on offer in his opening exchange. Margieson found two notable waves in his heat that allowed him to notch up a decent 14.05 two-wave heat total and get the heat win ahead of Connor Lee (Redhead, NSW) and Mikey McDonagh (Lennox Head, NSW) who finished in second and third respectively.

“I actually spent a fair bit of time down here for the Australian Junior Titles in 2017 and I know how fun the waves can get,” said Margieson. “With any luck, we’ll see a bit of a jump in the swell and we’ll all get some decent opportunities as the event kicks back off tomorrow.” 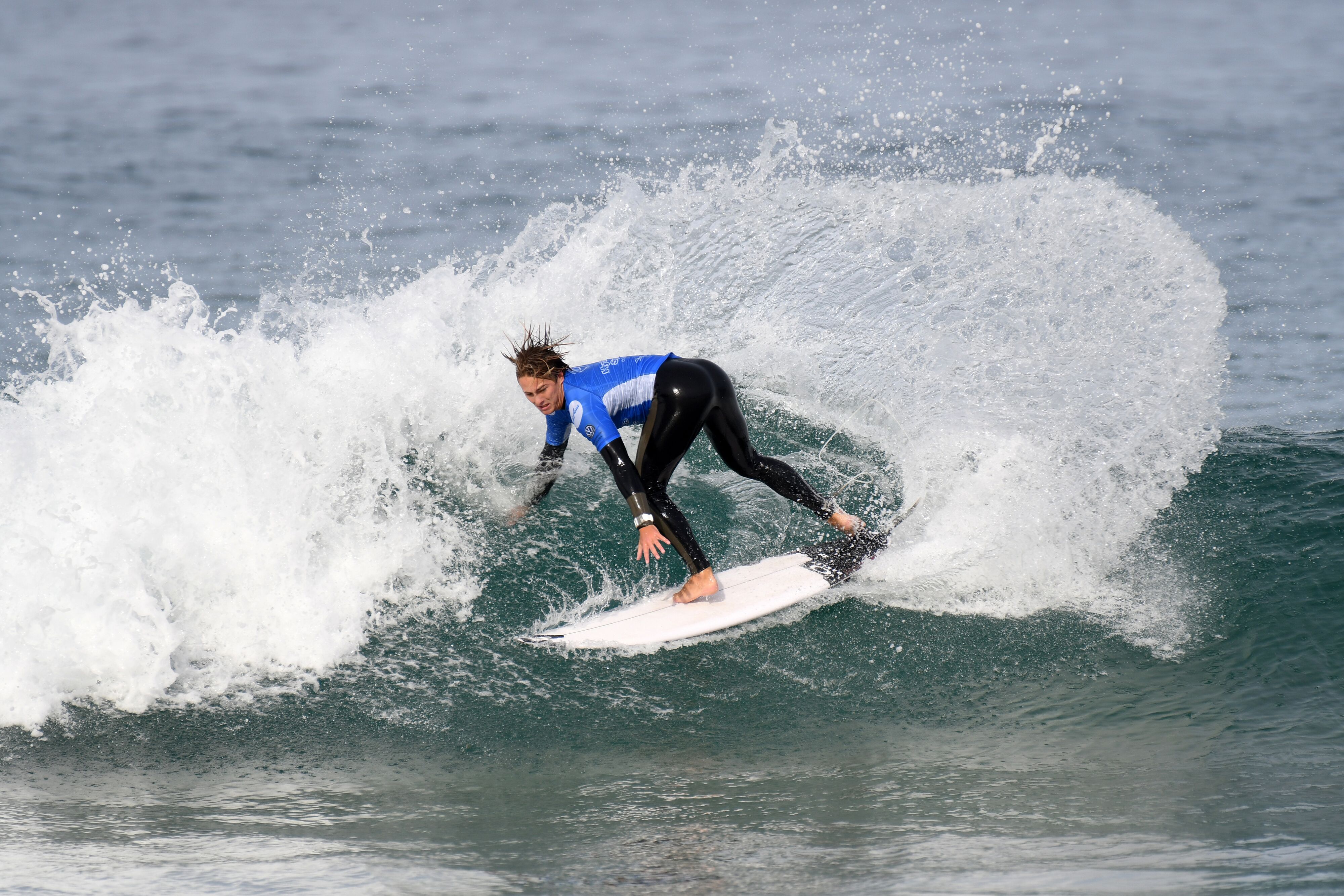 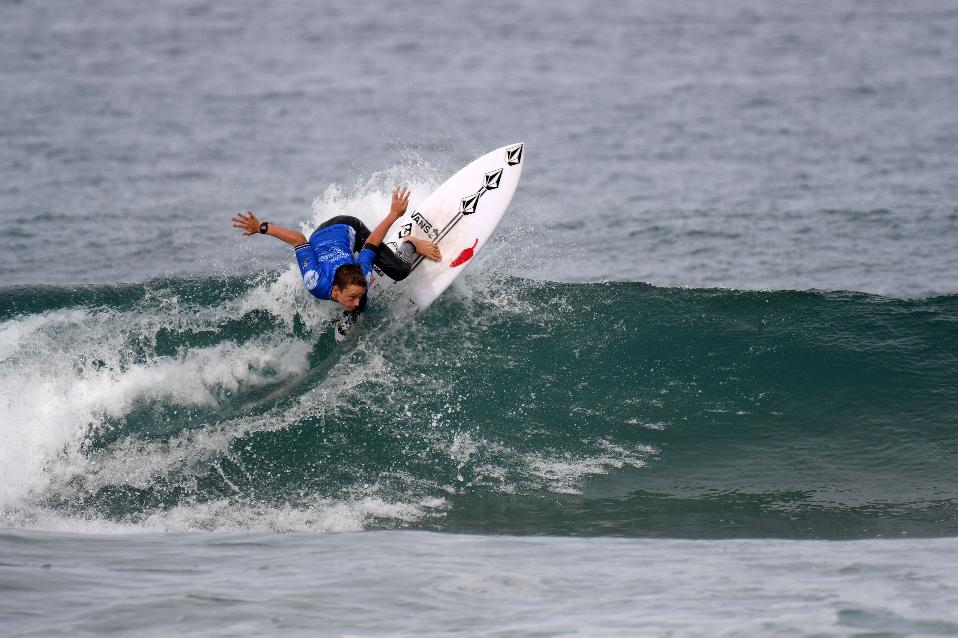