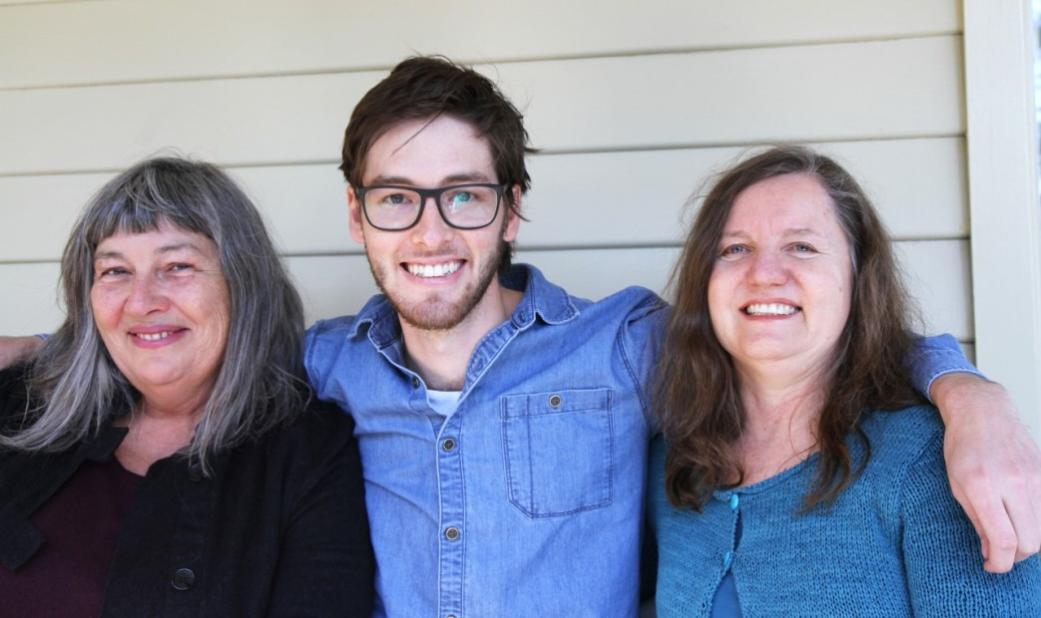 Miranda Korzy
Greens lead candidate in Pittwater, Miranda Korzy, has lived in Avalon for 15 years and the Northern Beaches for 25. Her kids went to Avalon and Mona Vale Primary Schools and like her husband, Barrenjoey High. Miranda is a veteran of the P&C, having “graduated” last year after holding a number of positions and volunteering over the years.

A journalist with 15 years experience working in Sydney and London, Miranda has covered everything from police to the prime minister. All of Australia’s major newspapers have published her work. With a research background in population studies and Aboriginal health, she contributed to a number of academic papers before turning to journalism.

Miranda was also instrumental in campaigning for Gonski funding at Barrenjoey. Earlier this year, she helped found the Protect Pittwater Association, fighting for the reinstatement of Pittwater Council.

Pru Wawn
Second on the Greens Pittwater ticket is Pru Wawn, who grew up in Newport, graduating with the first cohort through Barrenjoey High in 1974. She is a visual arts teacher who has worked for 38 years in public schools, where she also co-ordinated student environment groups.

As P&C president at Barrenjoey High, she lobbied for the community garden to be located within the school grounds and obtained a community partnership grant which helped fund the rebuilding of the school's art shed.

Pru loves the bush, swims all year round and is keen to see the local community conduct a war on waste.

Andrew McIntosh
Andy McIntosh is the Greens third candidate in Pittwater. He is an accountant and moved to the Northern Beaches two years ago to raise his young son. He loves Pittwater's beautiful bushland, coastal environment and family-friendly community.

Andy is particularly concerned about the impact of climate change, and is determined to ensure that Northern Beaches Council commits to initiatives to reduce carbon emissions and transition to a clean energy future.

As an environmentalist, Andy wants to protect the many endangered species in our local bushland and save green spaces for the community.

1 Putting Community First
The Greens in Pittwater will put the needs of the community first – rather than  developers or big business. Given the rapid social changes over the last generation - and extent of mental health problems among young people, the Greens will also place a high priority on supporting families, as well as maintaining and building new connections across the community.

The Greens will advocate on council to:
2 Local Voices for Local Government
The Greens candidates all live in Pittwater and want local government open to the people it serves. We will listen to the voices of ordinary people and all of our hard-working community and environment groups rather than provide tokenistic consultation. As a Green, Miranda would hold regular meetings where residents could come along and have a chat about anything concerning them.

3 A Clean Council
The Greens believe we can have a big impact on climate change at a local level so we should work towards a clean council. We would sign up to the Climate Council’s “City Power Partnership” to reduce carbon emissions, which would involve measures such as:
We will also provide incentives and work with local businesses to eliminate single use plastic bags and join the war on waste, including single use plastics.

4 Preserving Our Bushland and Beaches
The Greens are well-known for our commitment to environmental protection. So it goes without saying that at a time when the state government is behind an unprecedented push for development – with planning carried out by the Greater Sydney Commission - we will stand united with the community to protect our bushland (with its many threatened species), beaches, low-rise villages and overall character of Pittwater.

5 Sustainable development and affordable housing
The Greens will oppose high-rise in Pittwater and want new developments, such as at Ingleside, to meet the highest standards of sustainable design. With 10 per cent of houses (over 9,000) unoccupied across the Northern Beaches, we could raise funds for affordable housing with a levy on unoccupied property (but not regularly occupied holiday homes). We will also ensure that new developments include at least 10 per cent affordable housing and support some medium density housing - designed for young and old as well as those with special needs who do not want large backyards to care for – built close to town centres or transport.

A final word: Greens vs Independents
Greens in NSW do not accept corporate or union donations and we fund our campaigns from membership fees and small individual donations - so we are not tied to any organization in decision-making. In fact, Greens’ local government policy binds us to consulting with the community on council decisions.

The Greens’ core principles for councils also align with the values of many in Pittwater: ecological sustainability, social justice and grassroots democracy.

If we are to maintain the low-rise character of Mona Vale – and indeed across Pittwater – at a time when the state government is pushing an unprecedented level of development - we will need councillors prepared to unite, to advocate for the community and stand up to the government and developers.

Against this background, the community would also benefit from councillors who have the support and advice of the Greens’ talented state parliamentarians, with whom we could actively pursue better outcomes for Pittwater.