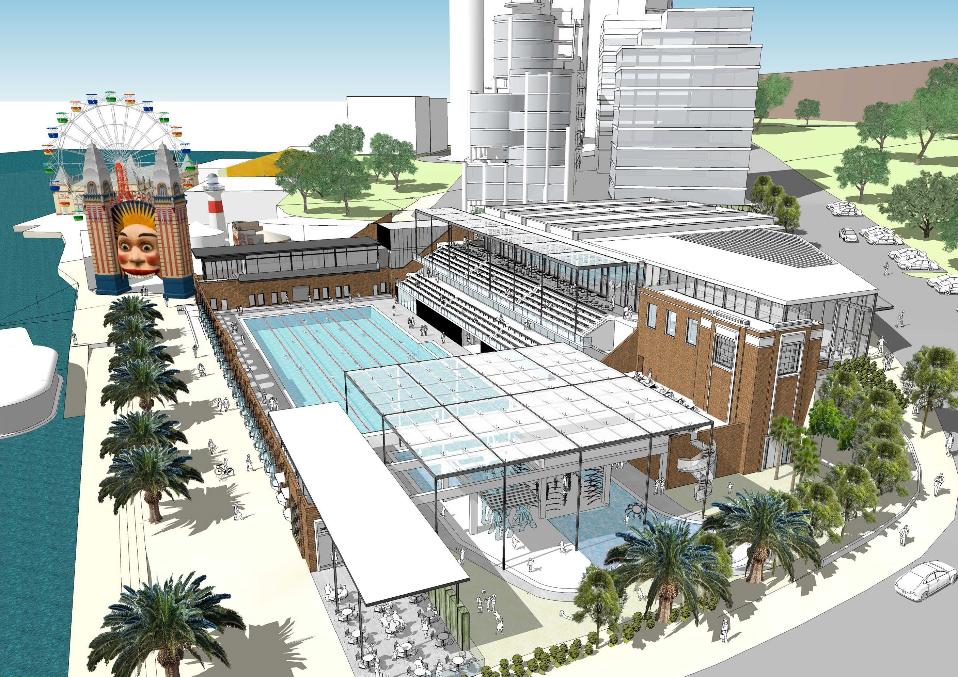 Engineers have warned the structural integrity of the 50m pool and grandstand at North Sydney Olympic Pool are deteriorating rapidly and near the end of their usable life.

North Sydney Council voted on Monday to submit a Development Application (DA) for the Pool, but Council still needs to source $30million of funding for the $57.9million project.

The DA - a revised Option 2B concept design - includes an updated 50m pool, family leisure pool and warm water play area. The design also incorporates a sundeck, a café on level 3 and an expanded gym in a new grandstand.

North Sydney Council General Manager Ken Gouldthorp said while this DA will progress the Pool redevelopment, the project is dependent on funding being available. The Council also resolved on Monday to invite the Premier and local State and Federal Members to view the current condition of the grandstand in the hope of securing grant funding.

“The redevelopment is estimated to cost $57.9m. While Council has already allocated $28m to the project, a further $30m will need to be sourced to fund the redevelopment,” Mr Gouldthorp said.

“Independent engineering consultants have confirmed that the 50m pool, concourse and grandstand require urgent remedial work so we are progressing to DA stage to keep the project on track. However, unless grant funding becomes available, we will need to look at our options. No one wants to see North Sydney Olympic Pool close.”

Mr Gouldthorp said it was appropriate for councils to go into debt for major projects that would last several generations. “Unfortunately, North Sydney Council is not in a position to borrow the full amount without compromising other essential infrastructure and services. While we take the project to the next stage we will be exploring all avenues of funding.”

The iconic North Sydney Olympic Pool was opened in 1936 to host the 1938 Empire Games. Eighty-six world records have been set in its lanes by some of Australia’s best known swimming legends, including Jon Konrads, Lorraine Crapp, Shane Gould and Dawn Fraser.

Mayor Jilly Gibson said: “The concept plan brings the pool and gym facilities into the 21st century while retaining the heritage elements that our community treasures, including the entry stairwell, art deco wall along the harbour and a refreshed hall of fame.

“Council recognises that the Pool plays two roles in our community. It is a much-loved and well-used local facility but it is also a Sydney icon that attracts people from across the world. These plans will ensure the Pool continues to meet community needs and remains one of the best outdoor pools in the world.”

The concept plan in brief: 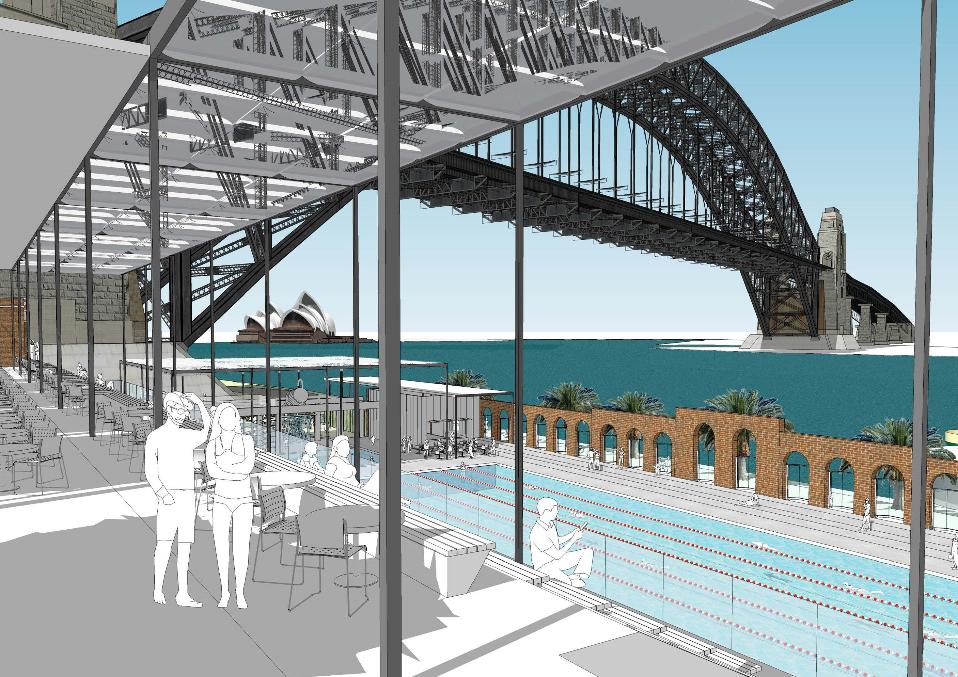