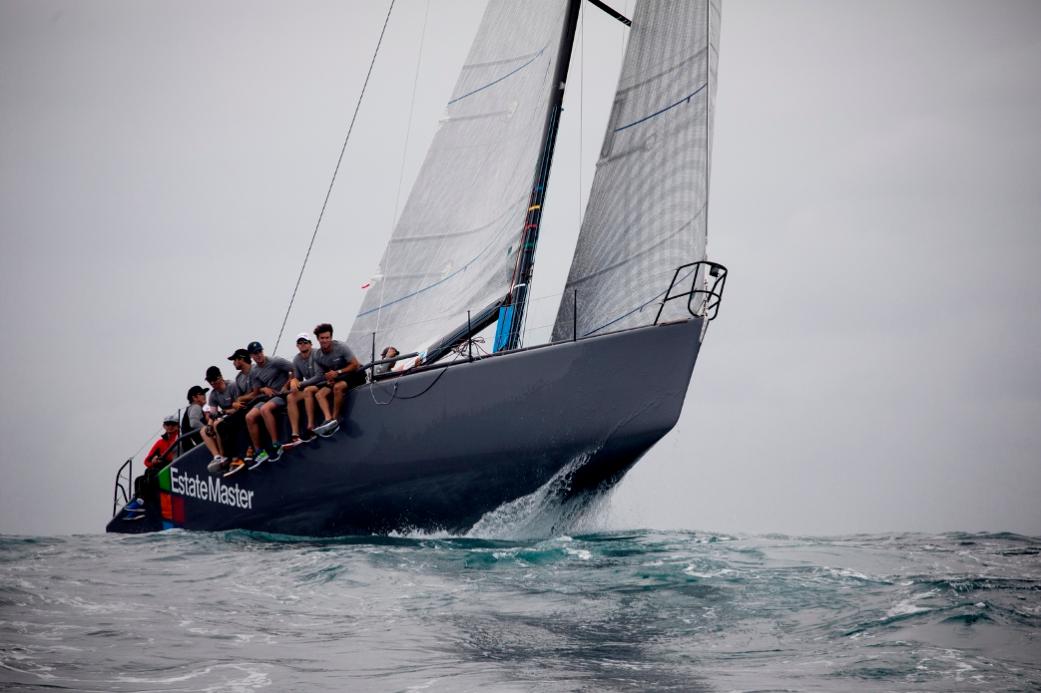 Newcastle throws up day one challenges for Farr 40s

The skipper of Estate Master Martin Hill and his tactician David Chapman used their big swell experience in a different class to their advantage on the opening day of the Farr 40 Newcastle One Design Trophy.

Seas on day two of last weekend’s Etchells Australian championship sailed off Palm Beach finished up so big racing was called off not long after the start of race four. This morning off Newcastle Harbour in 15 knot southerly winds and an uncomfortable 3m southerly swell, Estate Master and six other Farr 40s launched off waves and surfed downwind in four windward/leeward races conducted by race officer Ted Anderson.

A scorecard of three firsts and a fourth has Estate Master leading the pack by three points.

“Team Estate Master is very happy,” Hill said back at the host Newcastle Cruising Yacht Club. “Last weekend I did the Etchells nationals off Palm Beach and there’s no substitute for a bit of pre-sailing in bumpy conditions. While we scored three firsts, our fourth shows if you make a few mistakes you pay for it. The boats are virtually equal in speed, it’s how you start and execute.”

Second overall, Jeff Carter’s Edake, only made it to the Newcastle series thanks to another Farr 40 owner, Guido Belgiorno-Nettis, who loaned his boat so the full fleet could compete.

“It’s our first outing on a borrowed boat so I suppose second is a good result. Downwind this 40 is a rocket ship, most of our gains today were downhill not uphill which is what we are used to. We just need to get the rig tuned right for our sails. I’d like to thank Guido who gratuitously lent us his boat. The fleet is very pleased to have an extra competitor.”

On the conditions Carter added, “With the waves it was very important to work hard on the weight movement – we came in to a mark on a wave doing 14 knots of speed in 14 knots of pressure. There was a bit of surfing out there.”

“Operator error” caused Edake to be late to the first start as the crew grappled to tune Belgiorno-Nettis’ rig to the sails Carter brought across from his boat. From then on the skipper says their starts were bang on.

Two Rio 2016 medallists, Tom Burton and Will Ryan, are among the Farr 40 crews. Burton, the Laser gold medallist, is racing on Rob Reynolds’ Exile, currently third in the standings, and 470 silver medallist Ryan is tactician on Sam Hill’s Forty.
Will Ryan waving from Forty - credit Allan Coker
Watching the racing despite the poor sea state was Ryan’s grandfather, a Novocastrian and founding member of Newcastle Cruising Yacht Club. “He’s 88 years old and was watching the racing today on an Olsen 44 that I went out on at two days old on Sydney Harbour,” Ryan recalled. “After racing this afternoon he dropped in to the club and had a beer with the guys. He sailed with us when we did another Farr 40 event up this way around four years ago.”

The Australian Farr 40 class thanks Andrew Henderson and Rod Griffiths for taking the photographer and class administrator out today in their Riviera 48 in very difficult conditions, and NCYC for the warm hospitality extended so far.

Another four races are earmarked for Sunday January 22, the first due to begin at 1000hrs. Hunter waters can expect south-easterly winds 10-15 knots and a 2-3m southerly swell before winds turn north-easterly in the afternoon. 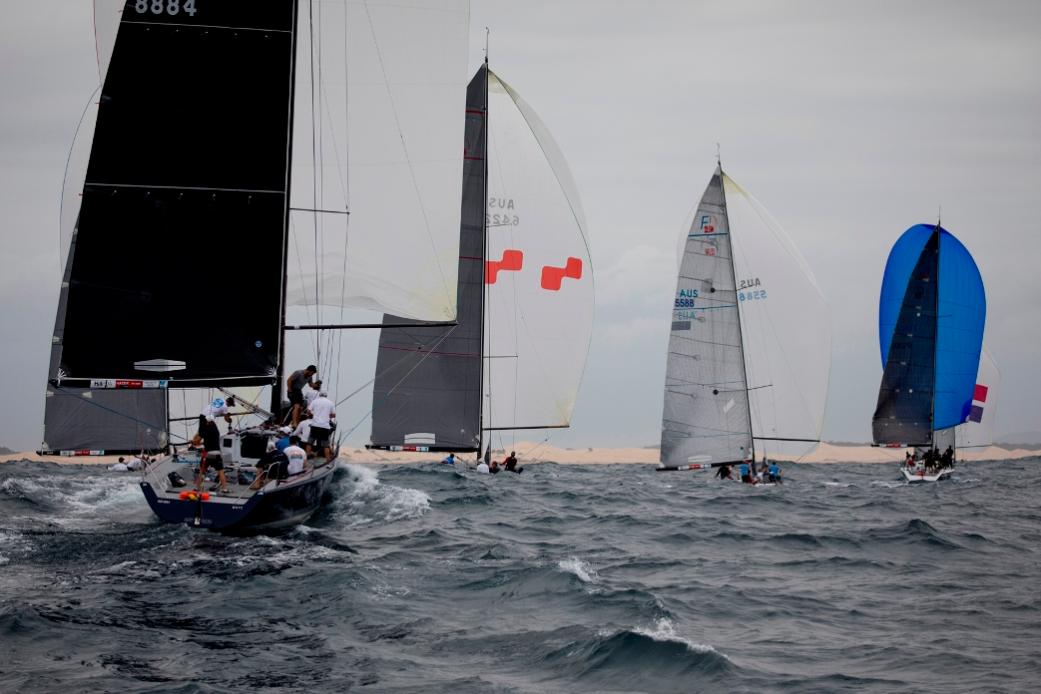 January 22nd, 2017
Farr 40 Newcastle One Design Trophy, January 21-22, 2017 hosted by the Newcastle Cruising Yacht Club with racing offshore
Five wins from six starts easily captured the Farr 40 Newcastle One Design trophy for Martin Hill and his Estate Master team from Sydney, and puts them in a strong position heading into class’ NSW and Australian titles in February and March respectively.
Jeff Carter’s Edake maintained second overall (17 points) after two final races and third placed Exile (Rob Reynolds) on 25 points was the only boat to take a win off Estate Master.
“Five wins out of six isn’t bad,” Hill said. “It’s great preparation for the upcoming titles. Chappo (David Chapman) did a top job on tactics and Darren (Jones) and James (Corrie) were brilliant in the speed department. The whole crew combined beautifully.”
This is the first time the Farr 40 class has sailed at Newcastle and Hill, who finished up with nine points, said the experience was incredibly positive. “Sailing at Newcastle with its beautiful beaches was a great location. We had a wonderful time and the Newcastle Cruising Yacht Club went out of their way to make us feel really welcome.”
Mixed fortunes coloured Exile’s day one. Just before race two began Reynolds’ brother Tony, a trimmer, fell in the heavy swell and spent the rest of the day lying at the back of the boat groaning each time they came off a wave. In race three Exile took the only series win off Estate Master.
“Tony went above and beyond the call of duty; he’s probably got three broken ribs,” Reynolds said at the series conclusion. “He wouldn’t let us take him ashore… probably a good thing as we wouldn’t have won a race that way. Straight after racing the Newcastle yacht club commodore took him to a private surgeon and had him X-Rayed.”
Rio Laser gold medallist Tom Burton was on board Exile as a stand in for the regular tactician who has hurt his back. Burton has committed to the three remaining events of the class’ 2016/17 season, the NSW championship February 11-12 at Middle Harbour Yacht Club, Sydney Harbour Regatta and final National Championships: John Calvert-Jones Trophy March 10-12 out of the Royal Sydney Yacht Squadron.”
“Tom got on well with everyone; there’s a great camaraderie between the crew. We just try to get on with the job and make the boat go faster. We enjoyed the Newcastle series immensely,” Reynolds added.
Day two off Newcastle Harbour began after a half hour delay in light sou’easters which looked promising until partway through the first race of the day when they fizzled out and the race management team signalled they were shortening the course.
Crews spent the next couple of hours making the best of the situation, swimming and waiting. And waiting.
Around 1pm their patience was rewarded when the breeze returned, this time out of the ENE, and race officer Ted Anderson was able to get a final race six away in 10 knots and the best conditions of the regatta.
Anderson noted, “Estate Master was head and shoulders above everyone else and Edake did well, they were the standout boats and the rest were very close in behind them.”
Estate Master has now won two of the three weekend regattas on the way to the business end of the season.
Newcastle One Design resultsThe 2016/17 Farr 40 Australian series is proudly sponsored by;Hacer GroupHill PDAWalker Corporation Instagram @Farr40_Australia     Facebook         Website
By Lisa Ratcliff/Australian Farr 40 media 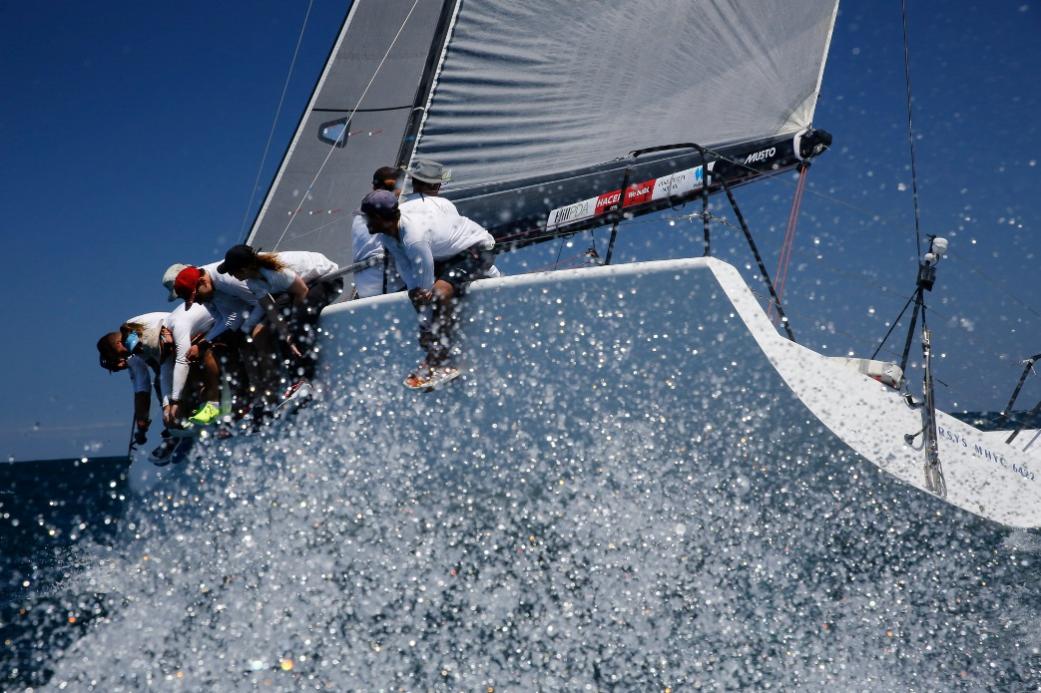 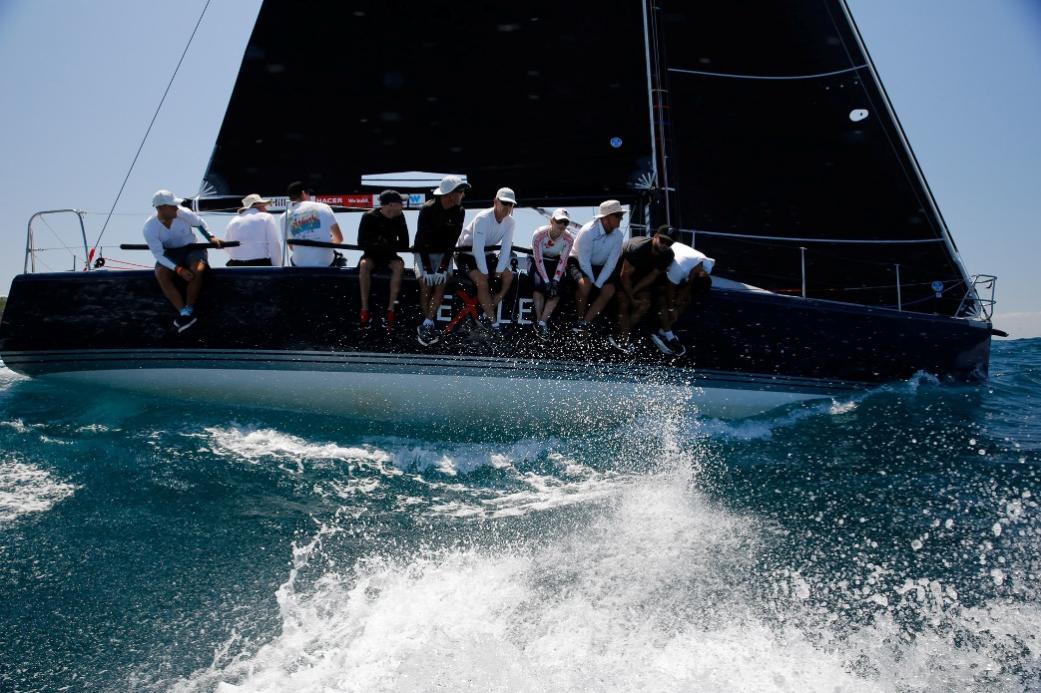 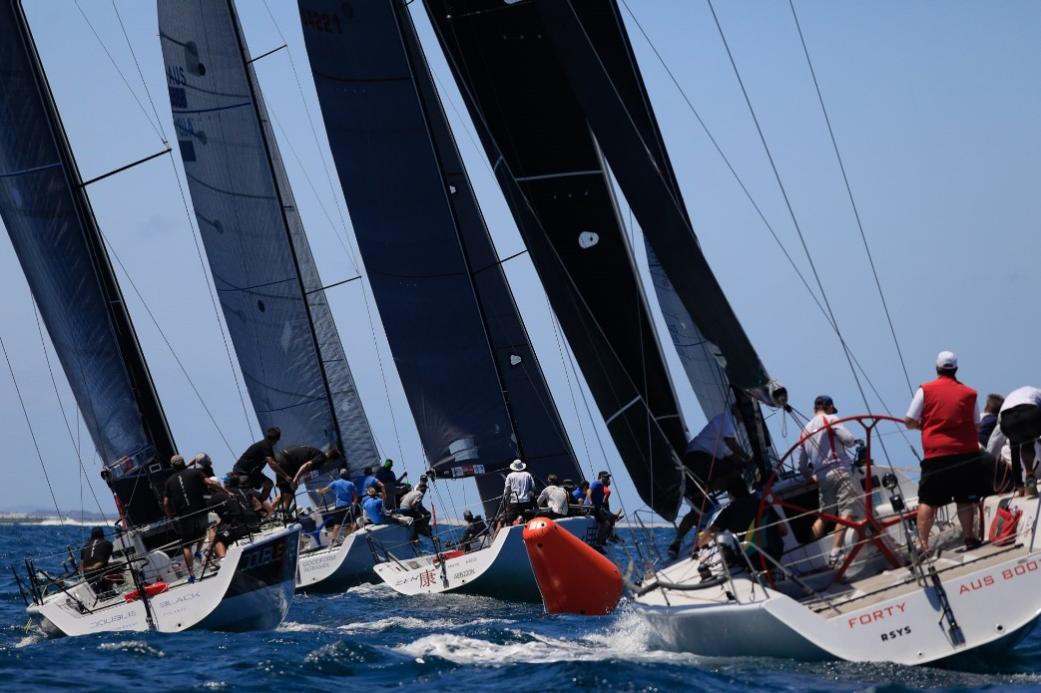