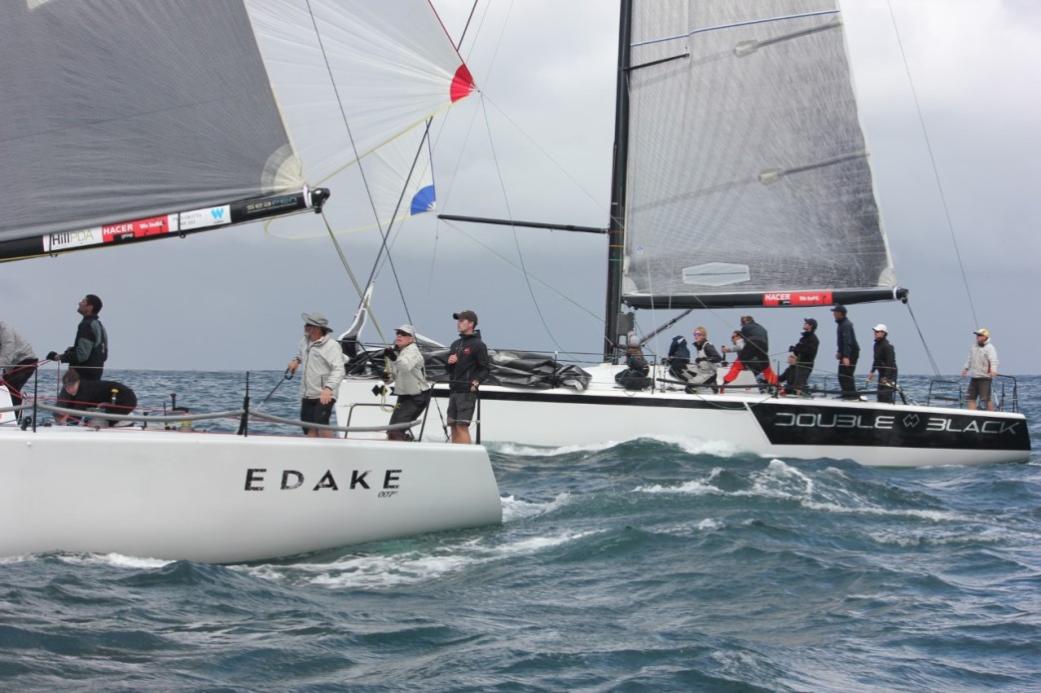 21 October 2017
Event: Farr 40 MHYC One Design Trophy, October 21-22, 2017 sailed offshore and on Sydney Harbour
Gusty southerlies offshore on day one of the Farr 40 class’ Middle Harbour Yacht Club One Design Trophy turned the boats into a real handful and caused two retirements in the opening races.

“It was pretty ugly,” said class president Gordon Ketelbey back at MHYC inspecting Zen’s rigging after a broken vang forced them out of race two. “Looking at pictures of the top of the mast we’ve possibly got rig issues; I’m not sure if we’ll sail tomorrow.” Later Ketelbey confirmed Zen won’t be a starter on day two. Also one of his crew was sent for a precautionary check-up after a flying pin from the blown vang hit him.

Joe de Kock, skipper of the Newcastle based Good Form, finished up at Port Macquarie Private Hospital with a suspected broken ankle and rope burn from an incident in race one and a third Farr 40, Rob Davis and Andy Baker’s Nutcracker, dropped a crewman with a sore back ashore then headed back out for the third and final race of the day.

Two races were completed offshore in the Manly Circle in 16-18 knots gusting to 24, and a third inshore in similar wind strengths. Principal Race Office Phil Yeomans reported the sea state offshore was good and the breeze stayed pretty steady at 180 degrees; just that there was a fair bit of broken gear plus injuries. “It’s been a busy day,” the PRO surmised.

The tactician/strategist combination of David Chapman and Julian Plante that works so well on Leslie Green’s MC38 Ginger swapped to a mainsheet/tactician combo on Tom and Allan Quick’s Outlaw, and proved just as fruitful. Three wins chalked up and the newest owner with plenty of previous Farr 40 experience pulling the ropes leads the opening event of the summer-long series of three weekend regattas before the states and finally the 2018 national title next March.

“Tom drove and did a nice job at his second regatta; he’s getting the hang of it quickly,” said Plante as the crew tended to an engine issue. “It was definitely challenging today, we got away cleanly and went the right way but it wasn’t easy.  It’s a pity there was some damage, and we didn’t escape either with our broken exhaust manifold. It’s one of those days everyone’s come home with a story or two.”

Speaking on their performance on day one of Outlaw’s debut points regatta, owner/driver Tom Quick said, “Today was an awesome hit out for us and really well run; the offshore races were a highlight. Every one of my crew did a phenomenal job and the fleet is just a great bunch of people.”
Outlaws Tom Quick (right) Julian Plante (middle)- photo by Jennie Hughes
Second overall is Jeff Carter’s Edake and third is Rob Pitts’ Double Black, the second Melbourne boat.

Saturday afternoon’s dock party at MHYC is thanks to Double Black crewman Dean Van Teylingen and his business Ropeable. “This is our second season doing the Farr 40s with Double Black and it’s definitely worthwhile us coming up from Melbourne,” Van Teylingen said. “I’m happy to support a great class with some hospitality, and I’m always available to help with any running rigging needs.”

Racing is due to recommence at 1100hrs on Sunday October 22 on Sydney Harbour and the forecast is for light northerlies swinging to sou’easterlies and building slowly to double digits by late afternoon with a 40% chance of rain.

Whether the MHYC race management team can complete a set of four races will depend on the wind strength and steadiness in the face of cloud banks that tend to pull the breeze in different directions, making fair racing tricky. 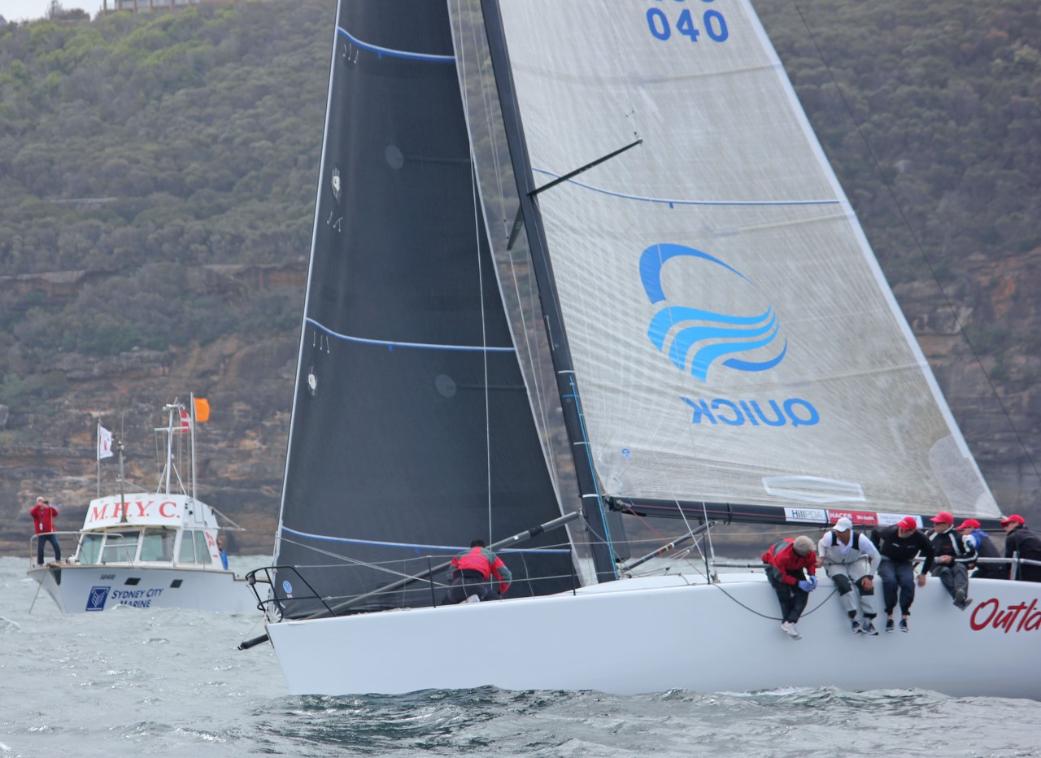 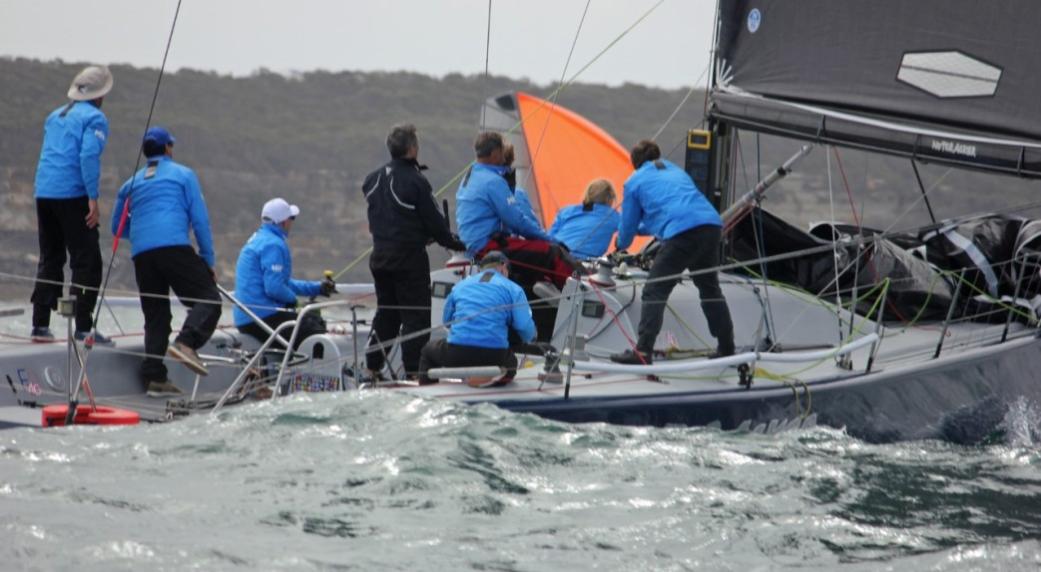 22 October 2017
Event: Farr 40 MHYC One Design Trophy, October 21-22, 2017 sailed offshore and on Sydney Harbour
Five firsts and a second added up to an incontestable series win for Tom and Alan Quick’s Outlaw in the Farr 40 class’ Middle Harbour Yacht Club One Design Trophy contested on Sydney Harbour October 21-22.
Jeff Carter’s Edake with Jordan Reece calling tactics won the final race six and finished runner-up and Double Black, Rob Pitts’ Melbourne entry with Steve McConaghy on tactics, finished third overall.
Joe de Kock’s Newcastle Farr 40 Good Form was back out with the fleet, the skipper wearing a moon boot to support his ankle which was injured when he accidentally stepped into the mainsheet which then loaded up in a gybe in strong winds on Saturday. Doctors at Lake Macquarie Private Hospital don’t believe de Kock sustained any broken bones but can’t diagnose him properly until the swelling and bruising settle down.
This afternoon de Kock and his son fly out to South Africa for a three-day mountain bike race starting Friday. “I think I’m going be OK, I’m staying positive and I haven’t found out too many details from the doctor…just in case I can’t do the bike race,” he laughed. “By chance I’m going to Cape Town first, to my family of doctors – I have my X-rays in my luggage.”
Joe in moon boot helming - photo by Jennie Hughes
On Good Form’s season so far he said: “Well we can’t do any worse, yesterday we didn’t finish a race and today we finished last in all three. We have lots of excuses but we’ve got to do these things better. Before I became a boat owner I didn’t realise how hard it was to get eight good sailors together for regattas, let alone practice. Having said all that we had a great weekend.”
Edake skipper Jeff Carter was delighted to collect the final bullet and happy with second overall. “As usual in the Farr 40s it was very close racing,” he said. “Hats off to the Outlaw crew; they’ve got a team of guys who know how to sail a Farr 40 and they have a world champion boat underneath them. Also special thanks to my crewman Noel Holder who came back on board on the main after a year off.”
Winds NE to ENE built to 12 knots by mid-afternoon before the sky darkened and crews copped a drenching when a sou’east change passed through. By that stage the trophies were already decided, handy margins separating the first, second and third placegetters.
Bringing nine crew up from Melbourne for a two-day regatta in Sydney is no easy feat, so for Nutcracker co-owner Rob Davis the hospitality extended by MHYC and the other Farr 40 owners means a lot. This season he and second owner Andy Baker have brought in Sydney based Michael Coxon from North Sails as tactician, and it’s added a new dimension to their program.  “We’ve learnt as much from him this weekend as the whole of last season,” Davis praised. “He’s a great teacher and a great imparter of knowledge.”
The next Farr 40 event is the Sydney Short Ocean Racing Championship November 24-25 (non-pointscore) followed by the Newcastle OD Trophy December 9-10, 2017.
Race four video highlights
Race five video highlights
MHYC OD Trophy final results
Instagram @Farr40_Australia       Facebook    Website
By Lisa Ratcliff/Australian Farr 40 media 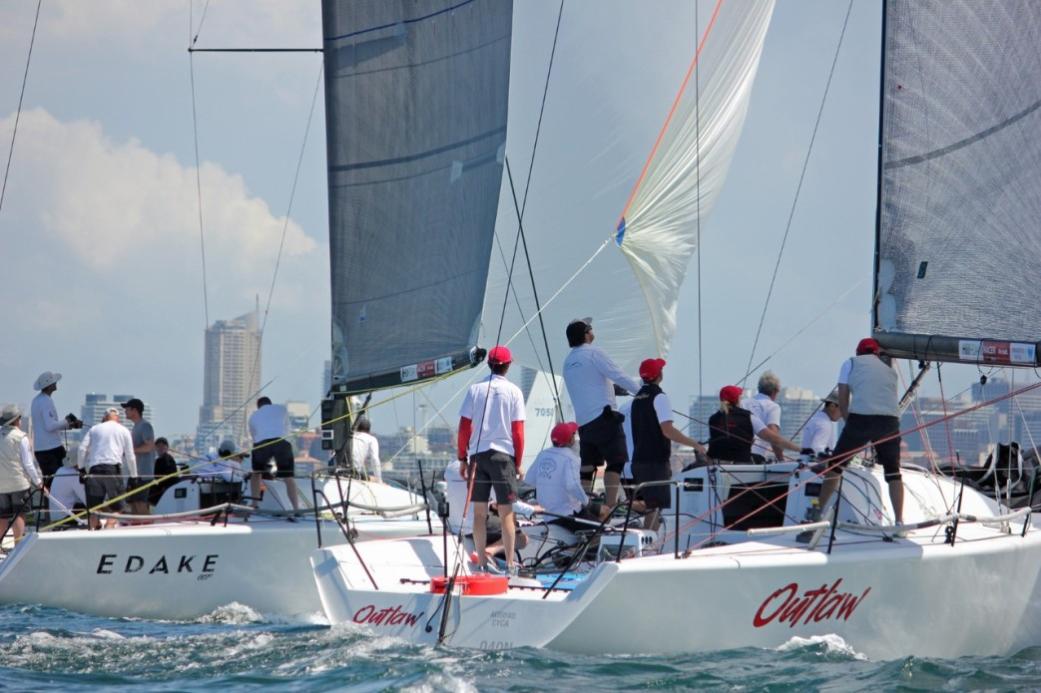 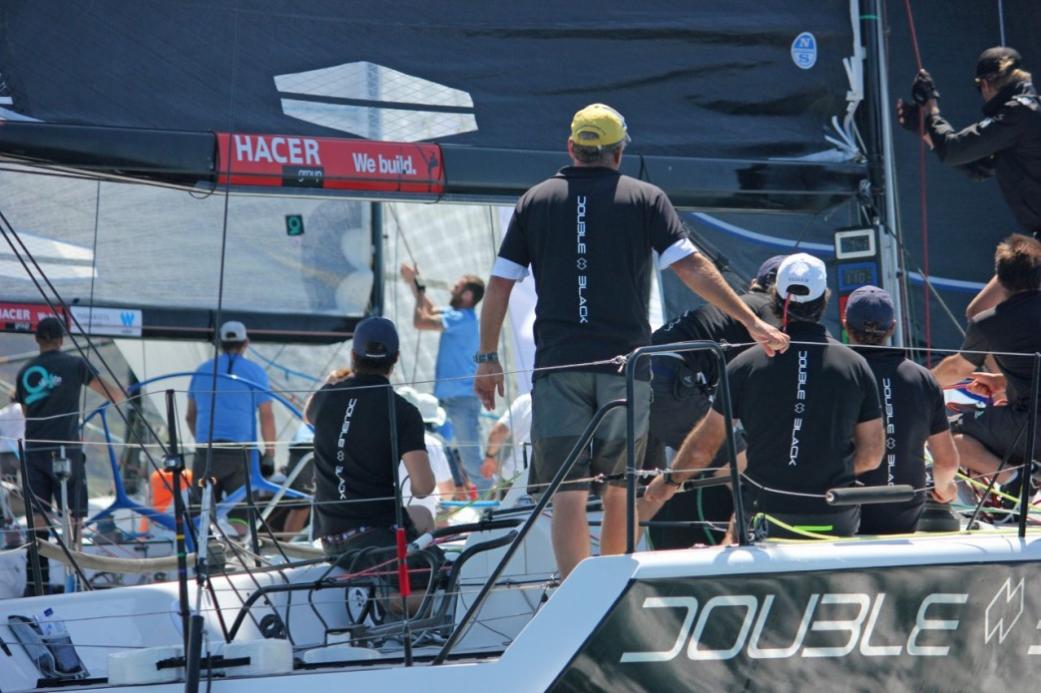 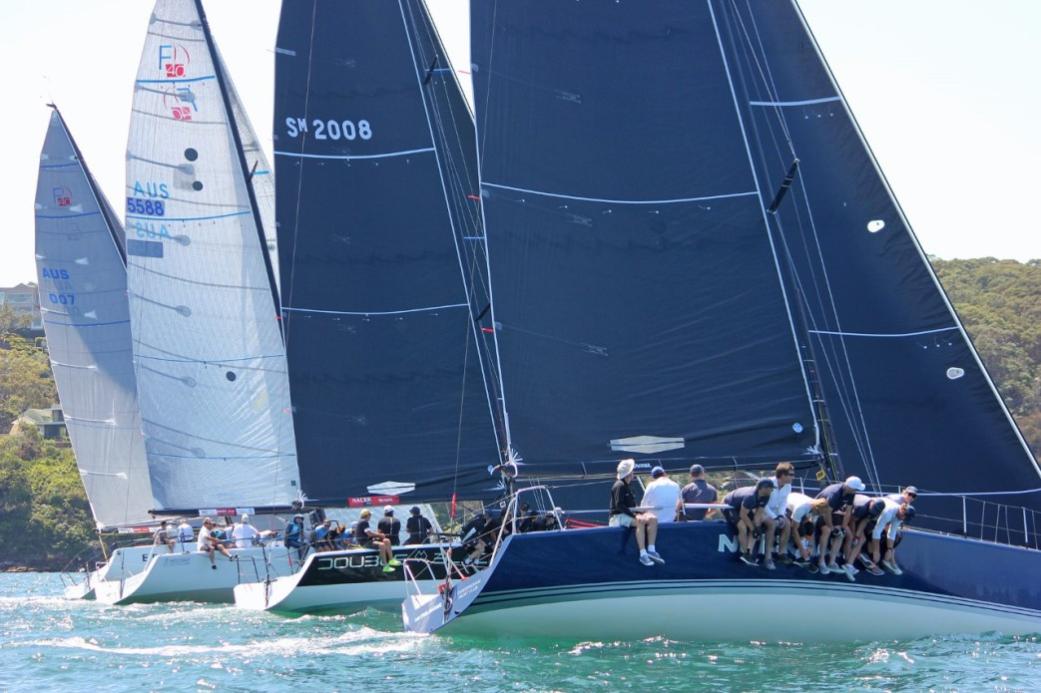 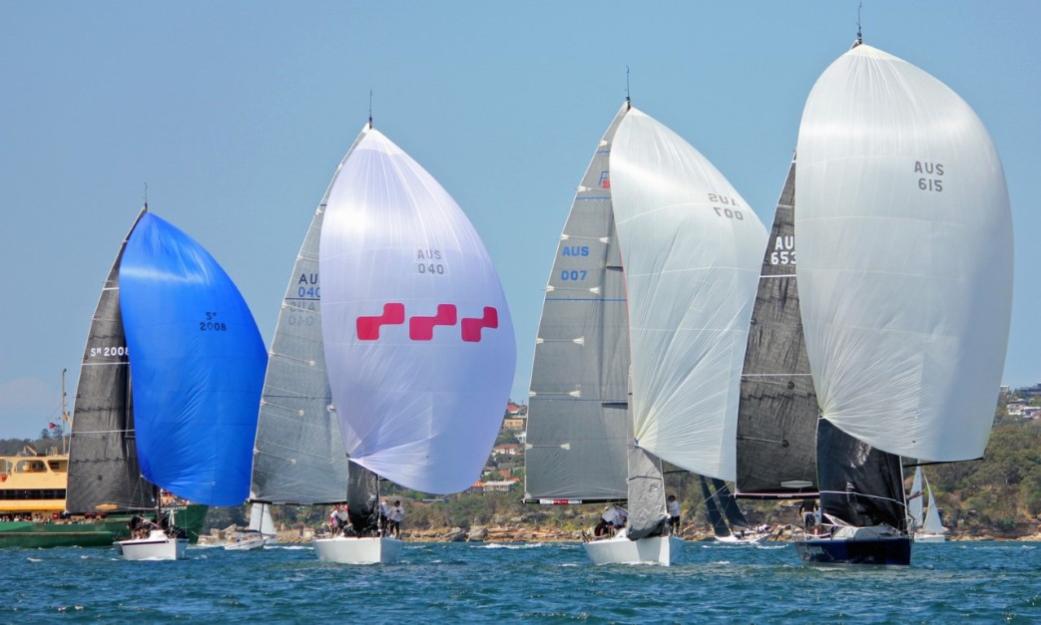