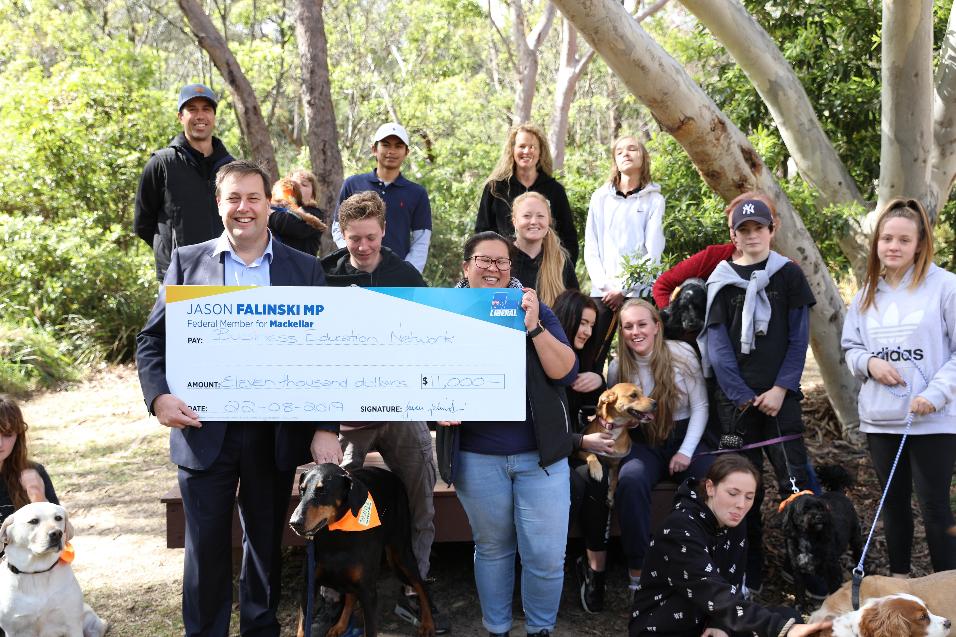 These local providers can use the funding for tailored business advice, software upgrades and other one-on-one supports that will help them to transition from block funding to the consumer-driven model of the NDIS. The objective of the Transition Assistance Funding is to help providers transition to the NDIS while also creating more jobs in the disability and aged care sectors, particularly within regional, rural and outer metropolitan areas across Australia.

“The NDIS provides a great opportunity for local businesses, and these grants will give them a hand up when it comes to having the tools and capabilities needed to deliver first-class supports to NDIS participants.”

­“An additional 90,000 full-time equivalent employees are required to meet the demand for NDIS services over the next five years, which is why the Government is investing in programs that support providers to transition and develop their workforces.’ Minister for the NDIS, Stuart Robert said.

‘I would encourage local organisations eligible for grants through this program to apply for future funding rounds, because a solid provider market is the foundation for a sustainable NDIS’

A further funding round for the Transition Assistance Funding program will open later this year. Providers are encouraged to visit the Boosting the Local Care Workforce website at blcw.dss.gov.au, to access business resources, including NDIS Demand Map and the NDIS readiness assessment tool.

Initially, the council intended to block Telstra’s development application to build the War Vets phone tower. They had approached Telstra and encouraged them to withdraw their application citing visual concerns.

Mr Falinski created an online petition which quickly grew to just under 300 local signatories. Following multiple emails to council and local media attention, the Council removed the DA from the planning committee agenda where it was scheduled to be rejected and agreed to meet with Telstra to revisit the proposal. Following this meeting Northern Beaches Council decided to approve Telstra’s development application.

Also on Tuesday, August 20th, Mr. Falinski was asking the electorate to contribute to the Federal Government's Inquiry into Supporting Australia’s Exports and Attracting Investments

The government inquiry has recently been launched to investigate Australia’s export industry and how to attract more investment for local business. The inquiry is being led by the Joint Standing Committee on Trade and Investment Growth, chaired by the Member for Dawson, George Christensen.

“The Northern Beaches is home to a number of businesses which currently export overseas or who could potentially expand their business into the overseas market.” Mr Falinski said.

“We want to hear from the front line – the businesses which are affected the most by government red tape and bureaucracy. Where there is room for us to change, we will do so but first we need to know what gets in the way of a business being able to grow through exports and attract more investment.”

The Committee will inquire into and report on:

Submissions from interested individuals, businesses and organisations are invited by Monday, 23 September 2019.

Submissions can be made here: https://www.aph.gov.au/Parliamentary_Business/Committees/OnlineSubmission

Further information about the Committee’s inquiry, including the full terms of reference and details on ow to lodge a submissions are available on the Committee’s webpage here: https://www.aph.gov.au/jsctig

Under the Program, the Government will provide up to $150,000 per electorate in 2019-20 for up to 20 projects that enhance local environments. Grants will range from $2,500 to $20,000 per project.
“The Communities Environment Program is backing Australian communities to deliver environmental outcomes in their area,” Environment Minister Sussan Ley said.
“This is about the Government empowering communities, respecting their ability to identify local priorities and, then, backing them with financial support.
“The cumulative impact of local communities across metropolitan and regional Australia all getting involved in these environmental projects will be significant.”
The Communities Environment Program would play a key role alongside the Government’s commitments to the Environment Restoration fund, Landcare and Waste and Recycling initiatives.
“Local Members will work with their communities before nominating  the projects in their electorate,”  Assistant Minister for Waste Reduction and Environmental Management, Trevor Evans, who will manage delivery of the Communities Environment Program, said.
“Members from all parties will consult with community environmental groups, conservation volunteers and local residents to deliver projects such as cleaning local waterways, protecting local habitat areas, planting trees, reducing litter and other innovative concepts,” Assistant Minister Evans said
Mr. Falinski, Member for Mackellar, has forwarded the following to be shared this week, which also includes an allocation for the  Stronger Communities Programme Round Five in the Electorate of Mackellar.
Stronger Communities Programme Round Five
Grants of up to $20,000 for small capital projects that deliver social benefits to communities across the Mackellar electorate. Aiming to improve local participation and to enhance our vibrant community.
Fill in the Expression of Interest form HERE before 26 August 2019!
Communities Environment Program
Grants of up to $20,000 for small-scale, community-led projects for environmental priorities such as:
Fill in the Expression of Interest form HERE before 26 August 2019!