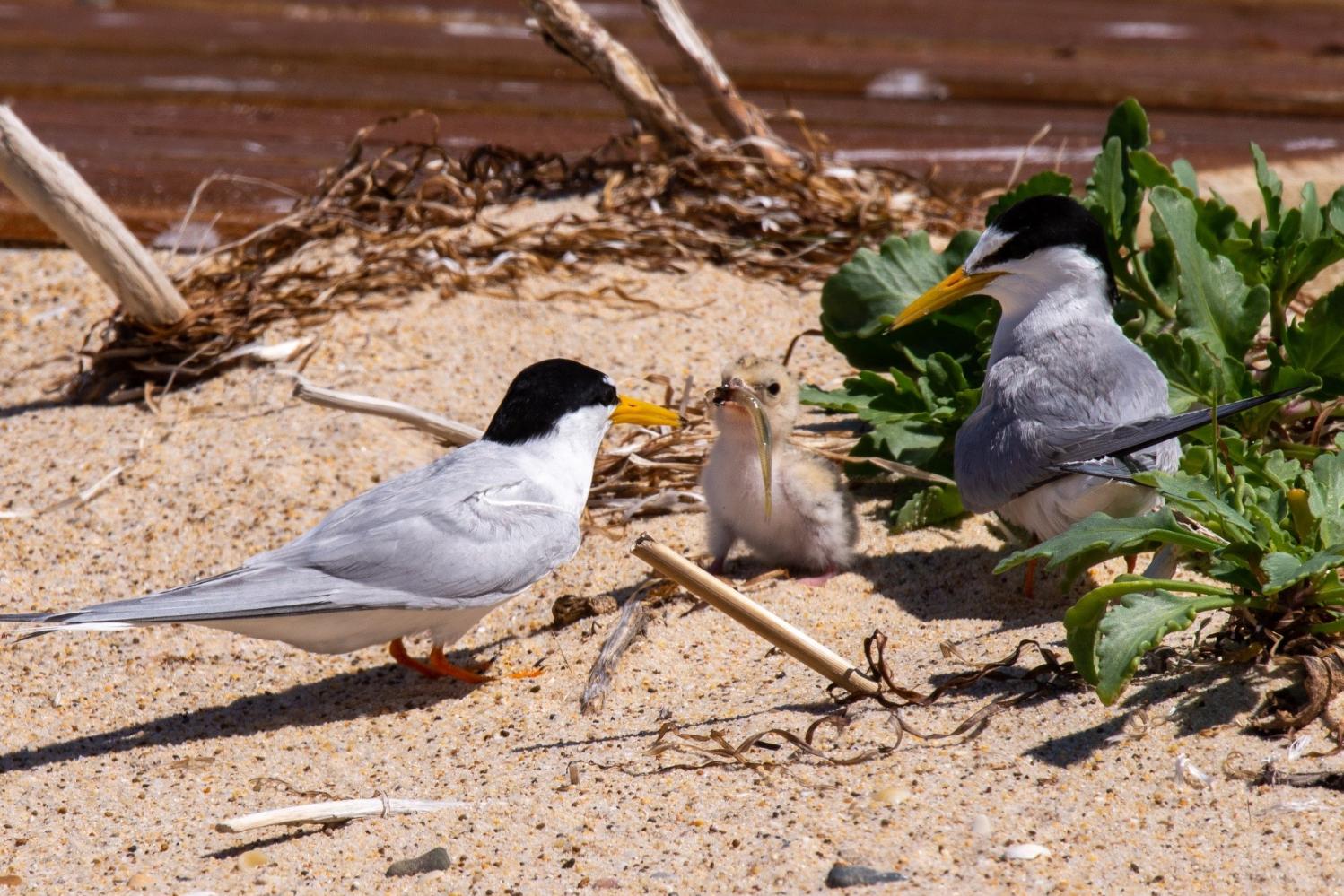 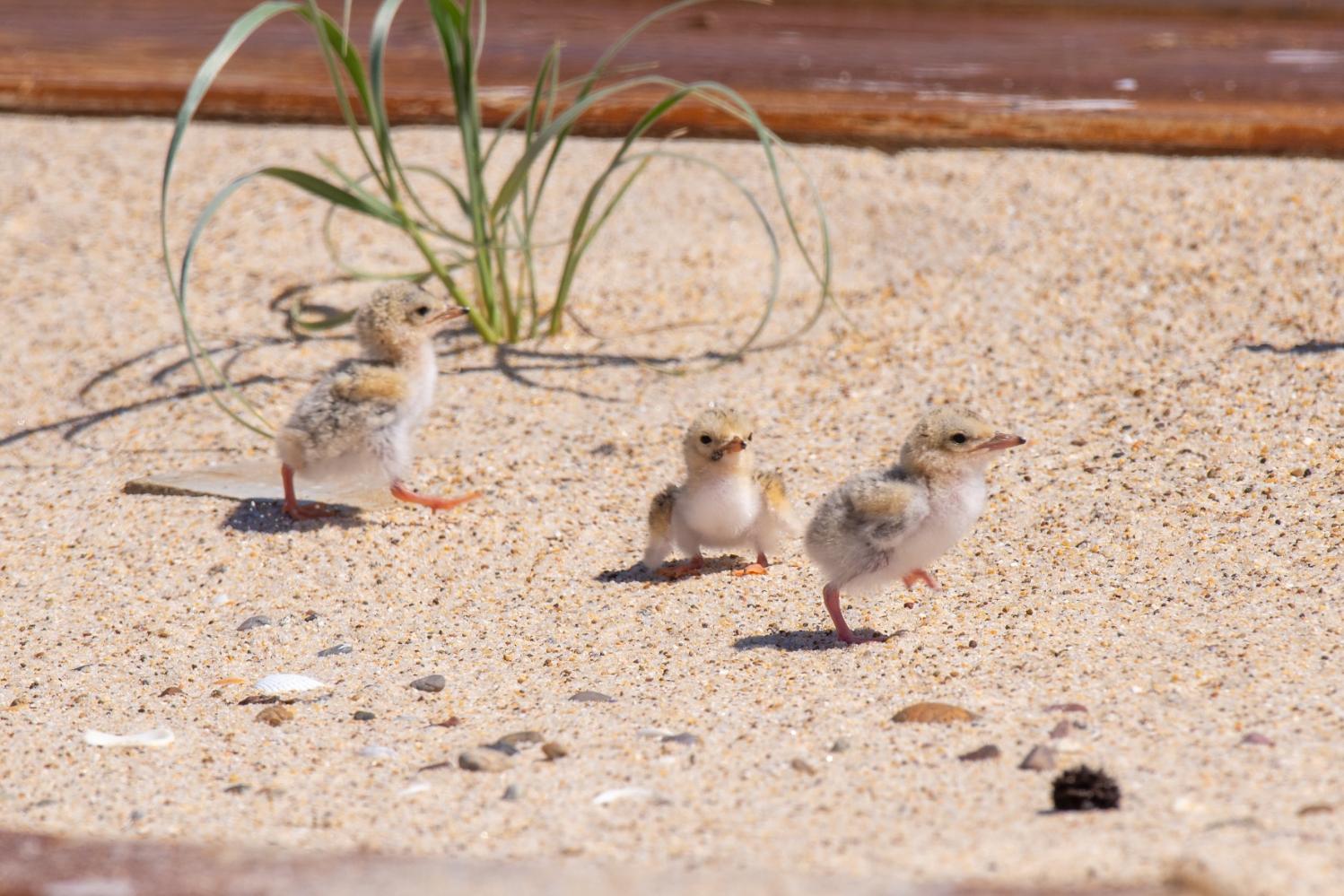 For those who enjoyed last Issue's 'Ground Nesting Birds of Pittwater', some great news from the Central Coast - it's worth noting that Little Terns have been seen and recorded in our area and now we may have even more of them visiting!!:

“In December last year we knew we were on track for a record baby boom of the feathered kind, but even then our estimated numbers were still shy of the final results,” Mr Carson said.

“With an estimated 72 breeding pairs, 97 nests, 236 eggs (approximately 2.4 eggs per nest) and 152 chicks being observed, these figures were greater than what was observed at any other site in NSW for the 2020-21 breeding season.

“This was clearly the most successful breeding season seen at Karagi Point in over 20 years of monitoring. We’re very lucky to have Little Terns visit us from as far away as Indonesia and South-east Asia every summer and it is exciting to be part of something so special as ensuring the survival of a species into the future.

“This incredibly successful (and encouraging) breeding season can be accredited to best practice management and monitoring by Council, abundant food sources and a healthy adjacent lake system.”

“The values of the Central Coast community are strongly tied to our local natural environment, which contributes to the lifestyle, culture and beauty of the region. We are committed to leaving a positive legacy for future generations and with each successful program we get another step closer to achieving this,” Mr Hart said.

Council conducted Little Tern community education events with the NSW Office of Environment and Heritage over the season and was pleased with the interest of locals and visitors.

Council will continue to work with local environmental groups, National Parks and Wildlife, and the Office of Environment and Heritage to ensure the success of its endangered species programs.

Karagi Point is a popular location for many locals and visitors to the Central Coast. Little Terns, Red-capped Plovers and Silver Gulls are regular native species that reside at this location. At Karagi Point you can choose to walk down to the sandy shores of The Entrance’s mouth or spot the bird life from the boardwalk above the water.

Silver Gull: The Silver Gull is found at any watered habitat and is rarely seen far from land. They have become well adapted to urban environments but still rely on watered habitats for breeding. 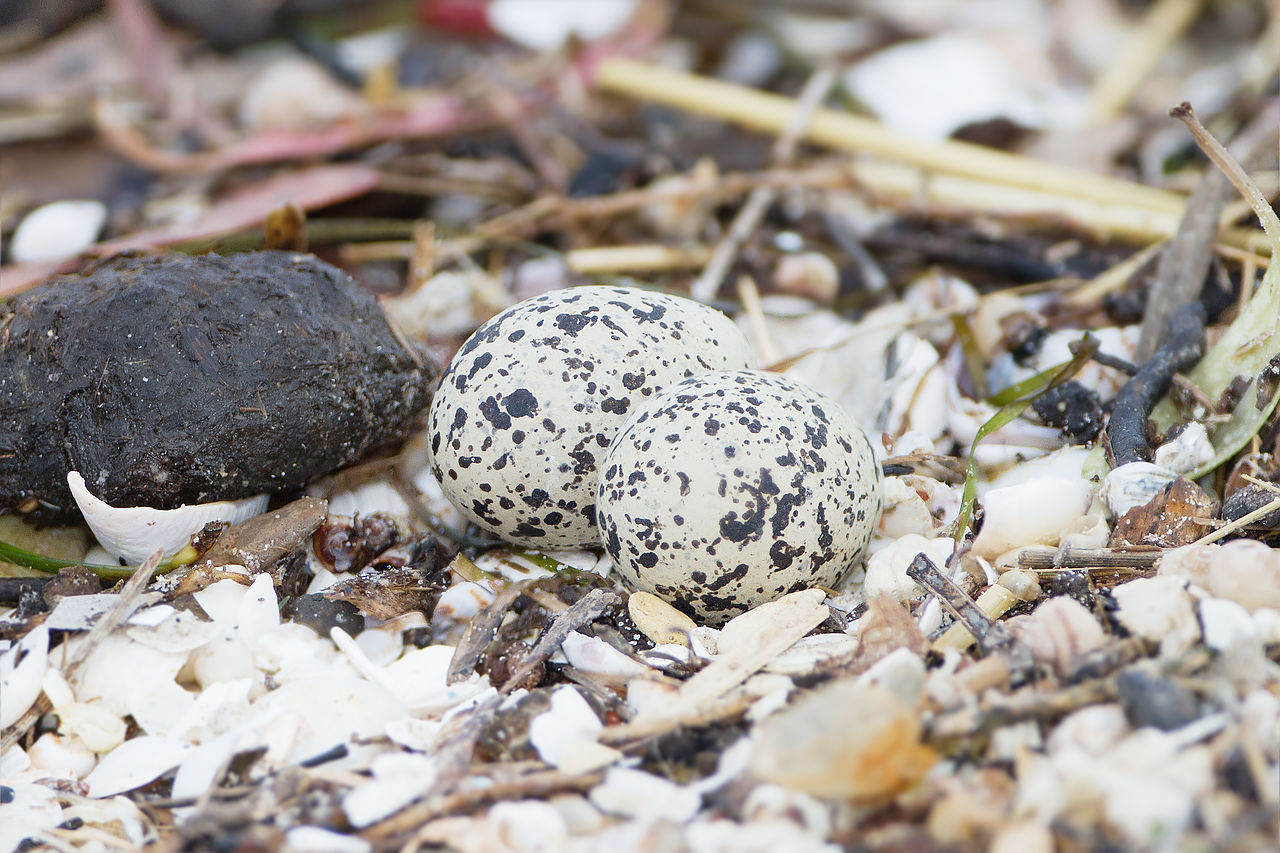 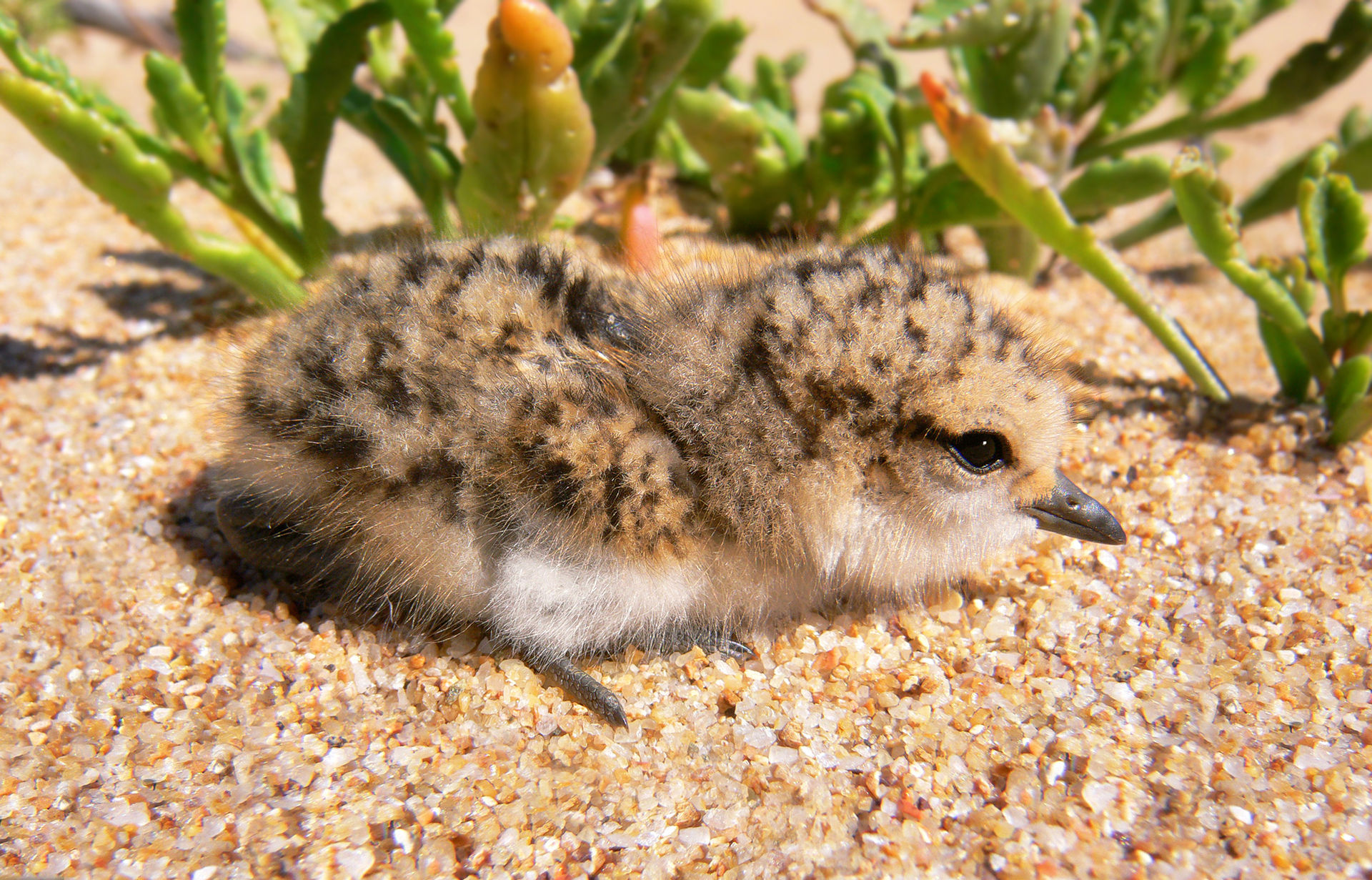 A chick, adopting a 'camouflaged position' that helps it avoid detection by predators  - photo by Benjamint 444 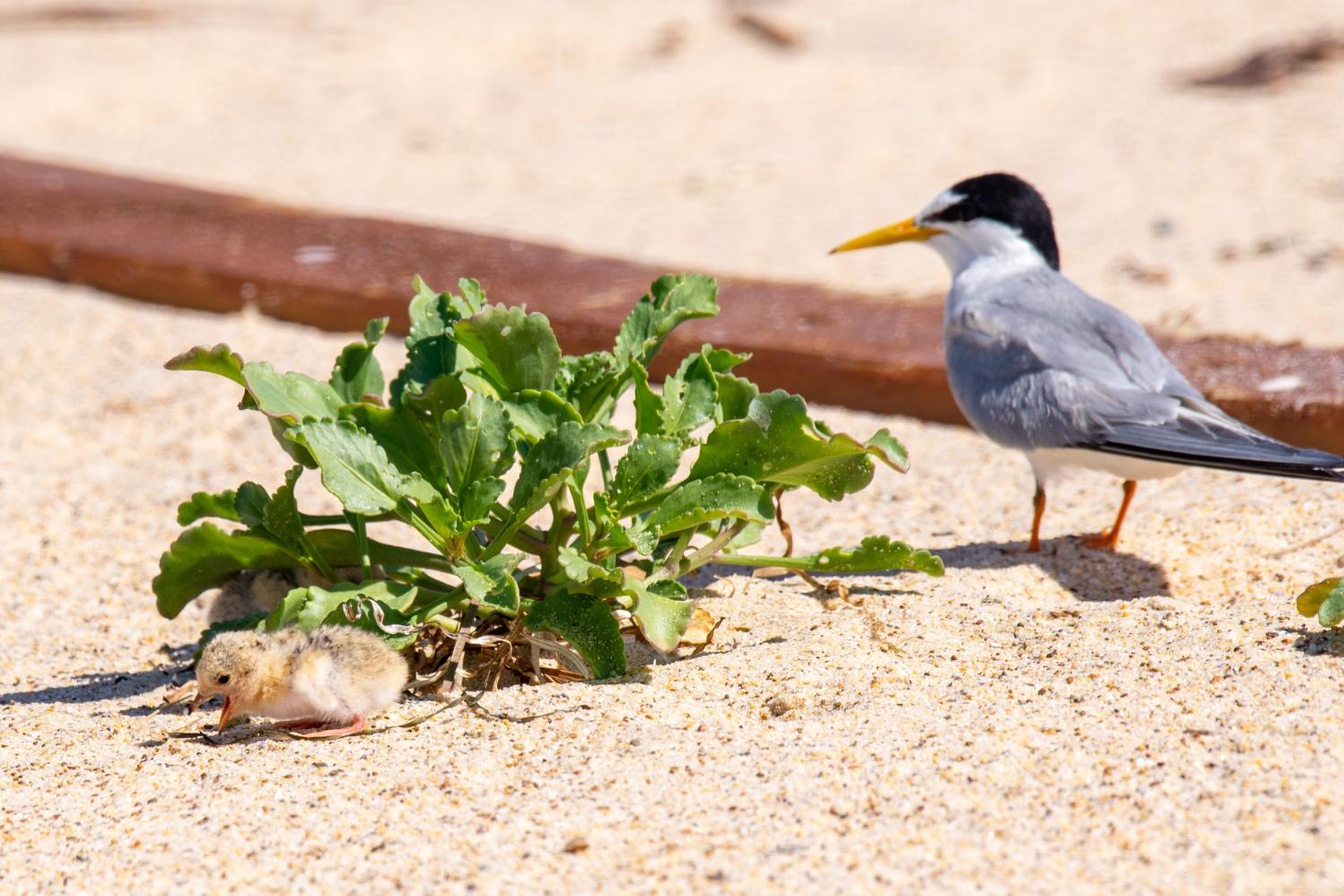 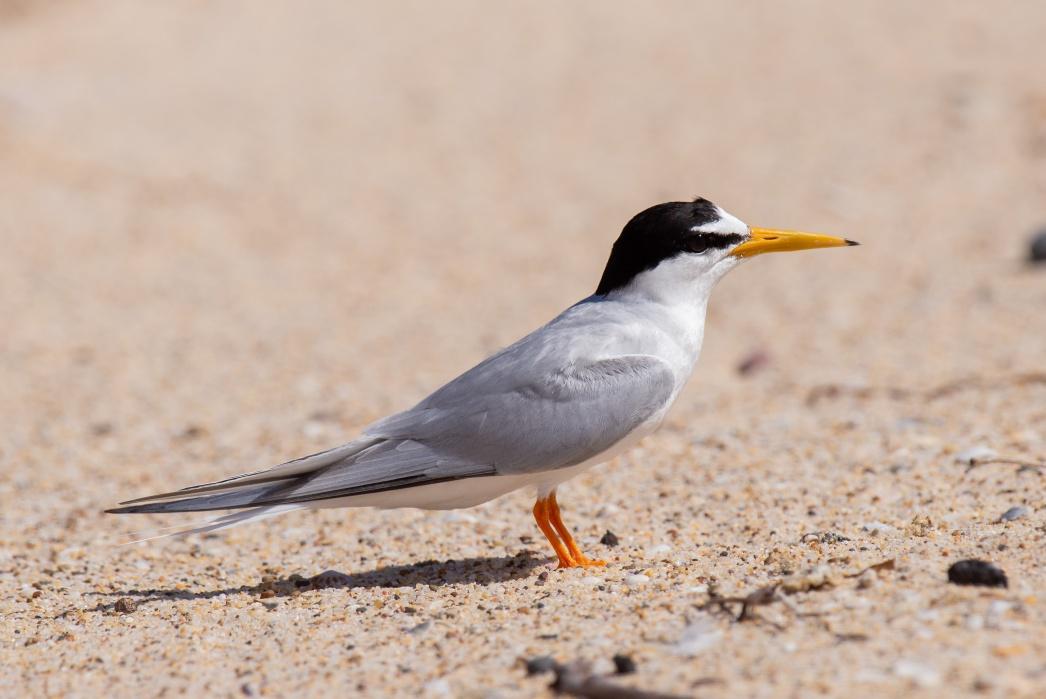