Destruction of Juukan Gorge: we need to know the history of artefacts, but it is more important to keep them in place

A day before Reconciliation Week and the day Australia was meant to be acknowledging and remembering the Stolen Generations, news came of something that seemed to put Australia back a few decades in their journey towards “Reconciliation”. Rio Tinto had detonated a 46,000 year old site known as Juukan Gorge. 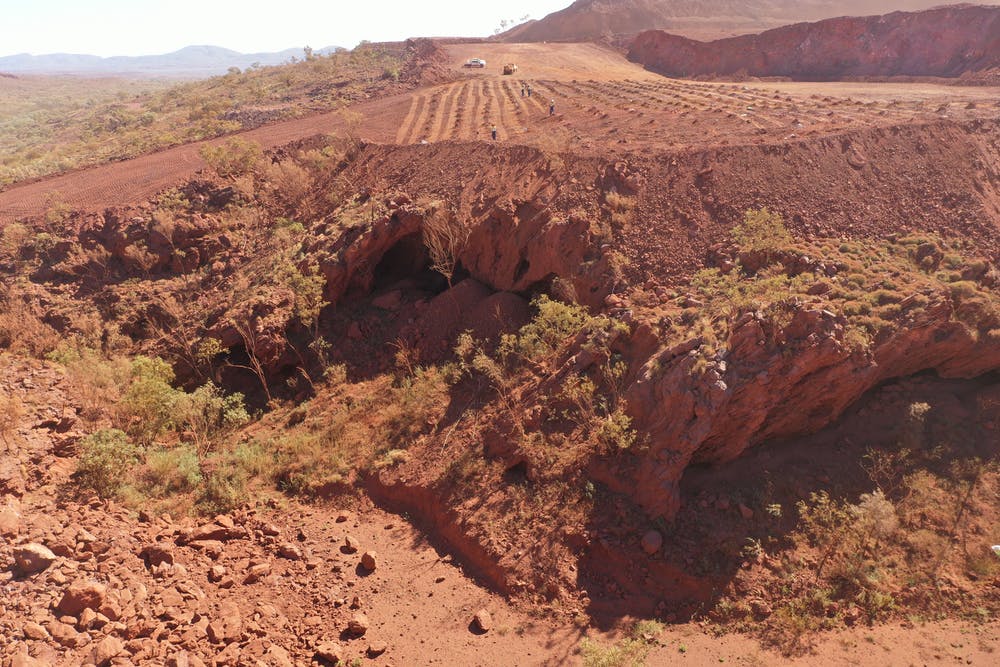 This news was simply gut-wrenching.

Artefacts found at the site were among some of the oldest in Western Australia, making it incredibly significant not only for the Traditional Owners, the Puutu Kunti Kurrama and Pinikura people, but also for the history of this continent.

Also startling for many was this detonation had been in process for several years. The dating of the site to 46,000 years old had been uncovered through salvage excavation in preparation for this destruction.

I cannot speak for the Traditional Owners, nor can I speak on the complexities surrounding the approval of the blast, but the removal of artefacts from their place has impacted every single Aboriginal person on this continent. That is what I can speak on.

Salvage excavation is archaeological work conducted to record and collect all evidence of human occupation at a site that has been or will be impacted by development.

Excavation itself is destructive. The moment a trowel is inserted into the ground, the site has been destroyed. Salvage excavations, like all excavations, require this destruction to be worth it. Comprehensive recording of every aspect of an excavation is necessary, from changes in soil to recording each artefact found.

Archaeology also considers how artefacts will be cared for in the long term: where they will be kept and who will be caring for them. It is preferable for artefacts to remain at their location. In cases where this proves impossible, salvaging is required.

At a surface level, it seems unproblematic if everything was collected from the ground, analysed and placed in a box: those artefacts would be preserved for all of eternity. Now, they are no longer subject to erosion, animal activity or (the more perplexing argument) the threat of humans. But cultural institutions are not immune to disaster.

In 2019, Brazil’s national museum was devastated by a fire. This summer, Australian galleries closed due to the potential impact of smoke on collections. The South Australian Museum has repeatedly discussed the threat of water leaks to their collections.

These institutions are built to preserve heritage but they should not be viewed as the only preservation option, especially for heritage heavily intertwined with place.

Why is place important?

There is a common narrative Aboriginal people wandered this continent aimlessly. Rarely is there discussion our ancestors moved with intention, demonstrated clearly in the ways they passed down generational knowledge to us. Why else would they have mapped this land?

Where they chose to leave their presence should be viewed as intentional and as representation of that significance.

For many, Juukan Gorge was mainly significant because of its early date. But not all Aboriginal heritage is afforded this same interest. Not all of our heritage can be dated that early, and a lot of our heritage simply is not tangible. A vast majority of our heritage is found in our knowledge of the land that traverses this continent. Mostly, this heritage goes unseen by our colonisers, making it easily overlooked in favour of development.

Sometimes, the tangible heritage found in these places is the only thing standing in the way of destroying a place. It is the only thing demonstrating we are a people who have deep connections to this land. Not only from a spiritual side, but also from a linear western view of time.

Aboriginal knowledges of these places, and how this knowledge links to the archaeological record, is what can fully contextualise the meaning of these places for our ancestors – and for us today.

The importance of empathy

Maintaining the connection of place with our ancestors’ possessions found at these places may be solidified through the implementation of stricter laws. But if a company wants something and our heritage is standing in the way, those laws can always be bent. The value of destroying these places is much higher than the value of keeping them – at least in the eyes of our colonisers. A loophole will be found, and our communities will suffer and grieve another loss.

If we want something long lasting, something transcending laws, empathy needs to be much stronger, something embedded into the mind and heart. Not the type of empathy that emerges when one has to say “sorry”, but the type existing before “sorry” is even considered.

With empathy, how could you justify the hurt Aboriginal people on this continent experience when we find out another culturally significant place has been destroyed?

This article was published by The Conversation, click here to read the original - republished under a Creative Commons licence.

Read more: Rio Tinto just blasted away an ancient Aboriginal site. Here’s why that was allowed