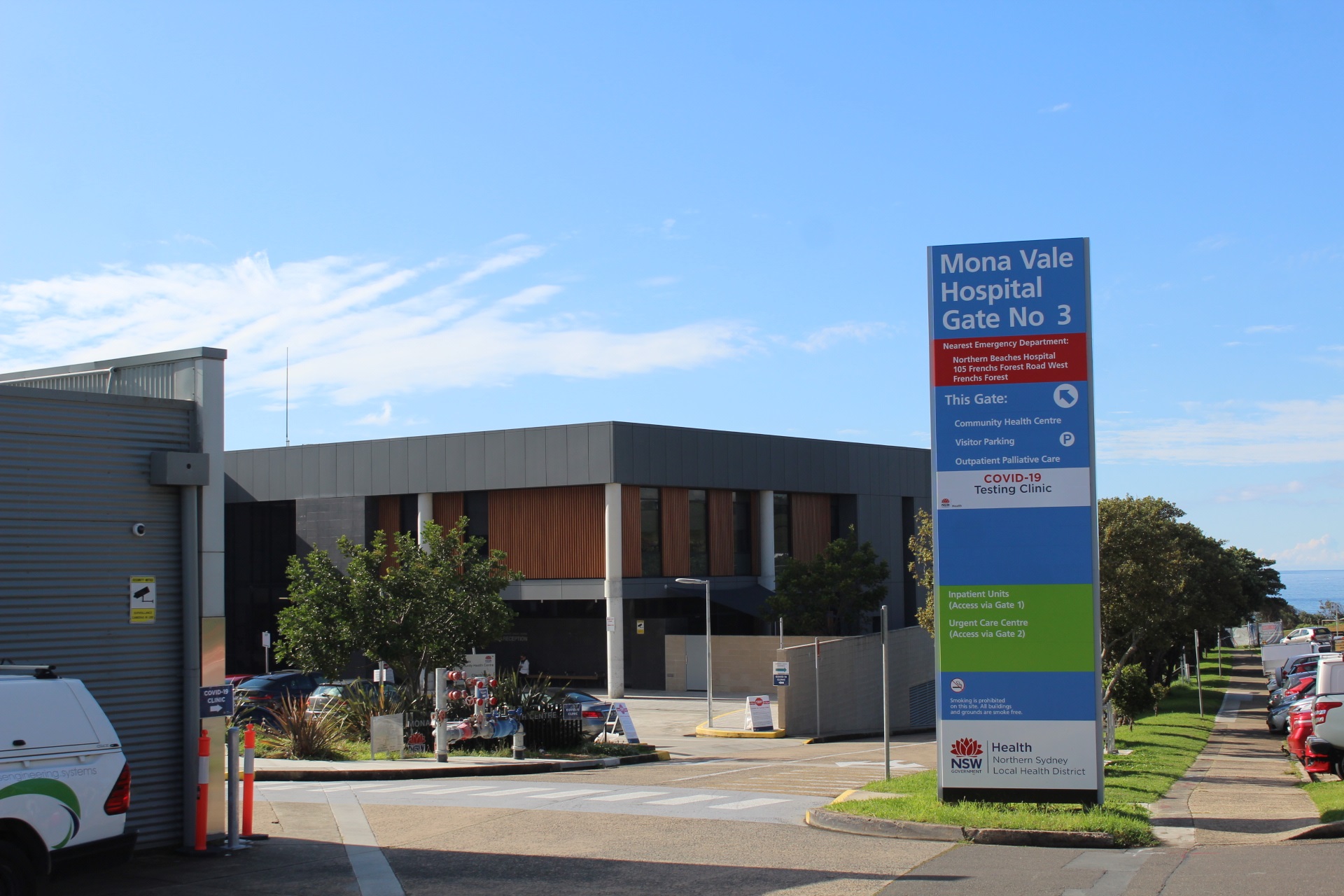 On Friday April 22nd NSW Health announced it will no longer issue a routine daily COVID-19 media release. COVID-19 information will continue to be reported through NSW Health’s social media accounts and website each morning, with more detailed information and analysis contained in the weekly COVID-19 surveillance reports.

The announcement on April 22 came the same day the deaths of three seniors in our area were reported among the deaths of 13 people, all over 70 years of age. There were an additional 15,283 positive test results notified in the 24 hours to 4pm on April 21st.

A further 15 deaths were reported in the April 20 media release, and 16 deaths on April 21

This brings the total number of COVID-19 related deaths in NSW since the beginning of the pandemic to 2,686.

There were another 12,633 positive test results notified in the 24 hours to 4pm April 22nd.

NSW Health reported on April 23 there are currently 1,617 COVID-19 cases admitted to hospital, including 60 people in intensive care, 20 of whom require ventilation.

The scaling back of reporting daily the number of cases occurred two days after the NSW Government announced the scaling back of Covid safety measures whereby close contacts of a confirmed COVID-19 case will not be required to isolate.

There are no changes for positive cases: the seven-day isolation requirement remains in place for anyone who has recorded a positive RAT or PCR result.

There were 1,763 new cases reported in the Northern Sydney Local Health District on April 21, and a further 1,477 on April 22. The positive case numbers for the days prior to that are:

There are currently 180,216 Active cases in NSW. Active COVID-19 cases are defined as people who have tested positive for COVID-19 in the previous 14 days.

There have now been a total of 898,604 positive RATs recorded since reporting began on 13 January 2022 while the total number of cases detected by PCR tests in NSW since the beginning of the pandemic is 1,301,270 as of April 23.

NSW Health continues to urge everyone to take four simple precautions to protect each other:

Even though people without symptoms will no longer be required to isolate, household and close contacts should still be aware that they are at increased risk of acquiring COVID-19 and should take steps to protect the people around them.

April 20, 2022
The NSW Government today announced close contacts of a confirmed COVID-19 case will not be required to isolate, provided they comply with NSW Health guidelines.
There are no changes for positive cases: the seven-day isolation requirement remains in place for anyone who has recorded a positive RAT or PCR result.
From 6pm on Friday 22 April, close contacts (defined as a household contact or an individual deemed by NSW Health to be a close contact) will not have to isolate, as long as they have no symptoms and comply with the following guidelines:
Close contacts will need to comply with the above guidelines for 7 days from the time a person in their household tested positive for COVID-19.
Public health orders requiring key workforces to be vaccinated will be lifted, with vaccine requirements to be based on risk assessments under occupational work health and safety, in line with other jurisdictions. Orders requiring aged care and disability workers to be vaccinated will remain in force.
Consultation will take place with relevant stakeholders with details to be finalised in coming weeks.
These changes will mean the critical worker exemptions from isolation rules will no longer be required. However, close contacts will still need to comply with any COVID-19 safety measures that have been put in place in their workplace by employers.
From 30 April 2022, unvaccinated international returning travellers will not be required to undertake hotel quarantine. The current requirements for fully vaccinated travellers, including taking a Rapid Antigen Test within 24 hours of arrival and complying with the NSW Health guidelines, will be extended to unvaccinated travellers.
Public transport capacity caps will also be lifted with the requirement to wear masks on public transport, planes, and indoors at airports and cruise terminals to remain in place.
NSW Premier Dominic Perrottet said the lifting of isolation rules for close contacts were common sense changes that would allow us to continue to move forward out of the pandemic.
“These isolation rules have been necessary but thanks to our strong vaccination rates, we can make the changes announced today,” Mr Perrottet said.
“This will provide immediate relief for so many workforces and businesses who have been hit hard by labour shortages as people are forced to isolate because they are a household contact.
“As the pandemic has evolved so has our response and this is another example where we have been able to make necessary changes safely and in a measured way.”
Health Minister Brad Hazzard said individuals still needed to exercise caution to protect vulnerable members of the community.
“We are still in a pandemic and the basic rules of hand hygiene, wearing a mask when you cannot socially distance and staying at home if you have symptoms still apply,” Mr Hazzard said.
“Most importantly if you still have symptoms you should not visit an aged care facility, hospital or an elderly relative.”
In line with these changes the NSW Government is also working with health officials to finalise school settings before Term 2 begins, and further information in this regard will be released in the coming days.
In preparation for winter, the NSW Government will also continue to ensure Rapid Antigen Tests (RATs) are available to help protect vulnerable cohorts, including people with a disability, children, and young people in out-of-home care, vulnerable CALD communities and Aboriginal communities.
These RATs will be distributed to individuals and relevant service providers through the Department of Communities and Justice’s Stronger Communities agencies.
People aged 16 years and older can receive their booster dose at three months after receiving their second dose of any of the COVID-19 vaccines.

April 22, 2022
The NSW Government will provide millions of free Rapid Antigen Tests (RATs) to vulnerable cohorts, including people with disability, children and young people in out-of-home care, vulnerable multicultural communities and Aboriginal communities to support early identification and treatment for COVID-19.
Minister for Families and Communities and Minister for Disability Services Natasha Maclaren-Jones said up to 7.9 million RATs will be available to ensure protection for some of the most vulnerable in our community.
“We want to ensure that rapid antigen tests are easily accessible to those who need it most, to keep them safe against COVID-19 through the coming winter period,” Mrs Maclaren-Jones said.
“Given the higher risks for some cohorts, including people with disability if they contract COVID-19, ensuring early diagnosis and treatment is vital.”
The free RATs are now being progressively rolled out at locations across the state.
Those who are eligible will be able to access tests through their disability service provider or directly through statewide neighbourhood centres funded by the Department of Communities and Justice (DCJ).
Vulnerable people who test positive for COVID-19 on a RAT are reminded to confirm the result with a PCR test to enable timely access to anti-viral medications and medical support, should it be required.
The program will initially run for four months, with a review to determine whether it should be extended toward the end of winter.
Physical Disability Council of NSW CEO Serena Ovens said people with disability, their support workers, carers, and family deserved access to free RATs to ensure they were not being forgotten.
“We need to protect those who are among the most at risk from COVID-19, particularly as we enter the winter months to ensure that people with a disability can safely get back to doing what they love,” Ms Ovens said.
National Disability Services Senior Manager State & Territory Operations Karen Stace said they welcomed the much needed distribution of free RATs for people with disability.
“It is great to see the Government making it a priority to protect some of the most vulnerable in our community by allowing people with disability to access as many RATs as they need, particularly as we head into the winter months,” Ms Stace said.
Tweet