As I write this article, a furry blur of a rodent has just scampered across the room and under the couch. It’s autumn in Australia and, as air temperatures plunge outside, rodents start seeking the warmth and plentiful food inside our houses.

This is a familiar experience for many of us, whether it’s a mouse in your house, or rats invading your chicken cage or eating the fruit from your trees.

In fact, a study last year found rodents have cost the global economy up to US$35.53 billion between 1930 and 2018, largely due to the damage they inflict on farms.

Farmers along Australia’s east coast know this all too well. The rodent problem can amplify to plague proportions following wet years and warmer than average minimum temperatures.

Having personally experienced a mouse plague while staying on the Nullarbor, I can attest that these are horrible experiences. The economic losses are huge and the unrelenting waves of mice day and night are horrifying for those who have to live with them, sometimes for months.

Last year’s plague resulted in a proposal to drop the poison bromadiolone over large parts of eastern Australia. Had it been successful, it would have significantly harmed non-target species of native wildlife such as owls, goannas and quolls, which our research has shown are highly vulnerable to a range of rodenticides as they travel up the food chain.

Indeed, I’m often asked by people grappling with invasive rodents how best to manage them without harming native wildlife. So, here’s some advice.

Mechanical traps
Use them indoors only

Sometimes old-fashioned is best. The snap traps you might remember from your childhood are still a highly effective way of removing pesky rodents from your home. Just keep them away from the exploring toes of children and pets!

Some newer plastic traps with pivoting jaws that close on the mouse are, in my experience, less effective and can risk injuring but not killing the mouse. I’ve had several experiences of traps being dragged away by a mouse caught only by a leg.

A new entry to the Australian market is a type of mechanical trap, the A24. It’s self-resetting with a scent-based lure and can kill 24 mice or rats on one canister. These, however, are not suitable for use outside in areas with native wildlife.

I recently had an horrific experience of a native quenda (bandicoot) killed by one of these traps set on my bush property. I was devastated and, after deploying a monitoring camera on the deactivated trap, I found possums are at grave risk from this type of trap, too. 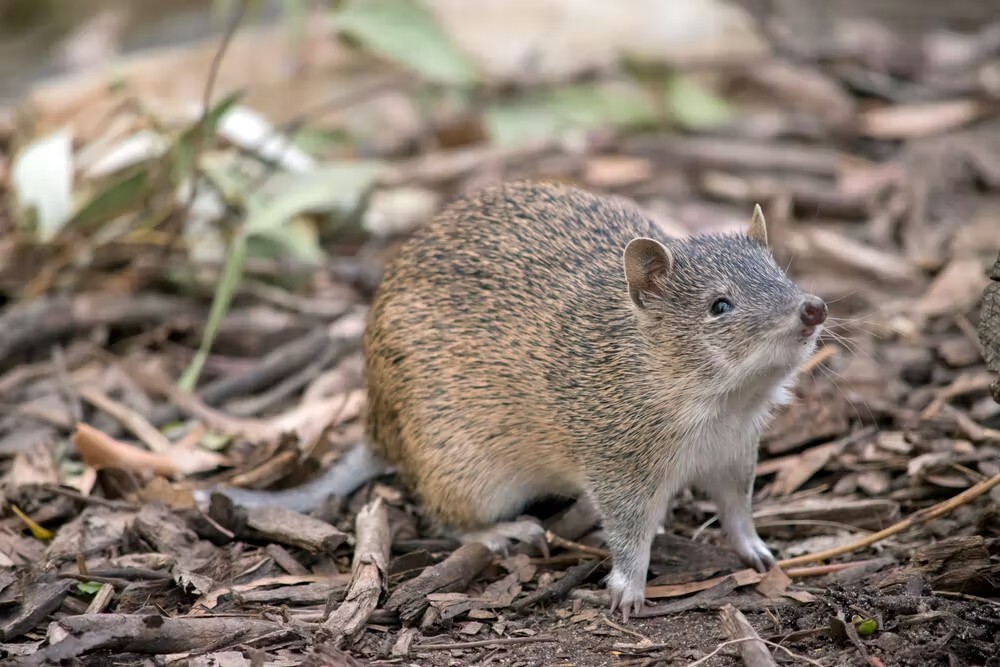 Native animals such as quenda (bandicoots) are at risk of getting caught in mechanical traps meant for invasive rodents. Shutterstock

These traps don’t seem to discriminate invasive rodents from native wildlife and are known to kill native birds, rabbits and hedgehogs in New Zealand.

Governments need to reconsider the ethics and conservation implications of such traps in Australia. It is my view that no mechanical traps should be set outside the home or shed where there’s risk to native wildlife.

The Conversation asked Goodnature, which manufactures A24 traps, whether it is taking steps to address this issue.

Goodnature co-founder and industrial designer Craig Bond said the traps’ threat to native animals is “ideally mitigated by the overall benefit to nature”. He said the company is working on preventative measures such as warning users, through various means, about reducing risks to native wildlife. Bond went on:

We can and do put processes in place to mitigate and hopefully empower our trappers. And we have employed staff with the requisite expertise to do that.

However […] we can be more proactive in our warnings regarding the risk to non-target species.

The issue in the past has not been widespread but [we] understand that Australia is a particularly vulnerable environment.

Bond said Goodnature was keen to learn more about reducing the risks its traps might pose to native Australian wildlife.

These are battery-powered rat and mouse traps that work by delivering a fatal shock to rodents once they make contact with the two plates in the trap.

These are highly effective and very humane because upon touching two plates, a fatal electric shock is administered, instantly stopping the heart.

Though not cheap, I swear by these traps as they catch and kill quickly using a bait of your choice, such as peanut butter. There is minimal risk of impacts to non-target animals in the home.

But again – they definitely should not be used where native wildlife could enter the trap. The traps are usually labelled as being not for outdoor use and this advice should be followed.

Live catch traps are popular with those not willing to kill animals. These include bucket traps for dealing with large plagues. The main issue is finding ways to dispatch them.

Killing the invasive rodents often requires drowning them and, if the animals are not killed, you are releasing vermin for somebody else to deal with. Unless you address the problem of how they’re entering your home, they may just be back for a visit again that night.

Some live traps are inhumane, such as glue traps, which comprise sticky boards to capture rodents that walk over them. These traps are not recommended under any circumstances.

Glue traps are not only cruel as it can take days for the animal to die, but they do not discriminate. Unless contained and used carefully, they have a high risk of catching reptiles, birds or other non-target species.

Poisoned baits
Best for industrial and broadscale use

Despite the risk to non-target animals, baits will always be needed for large scale rodent problems, such as mouse plagues. However, they are not humane as animals die slowly by blood loss over an average of 7.2 days and have the most potential for poisoning other species.

In Australia, it’s almost always unnecessary to use so-called “second-generation baits” such as brodifacoum. These baits are made in response to rodents developing resistance to some chemical formulations, and require only one feed to be fatal.

The active ingredients in second generation baits have a very long persistence time in the liver of animals that eat them, resulting in widespread secondary poisoning along the food chain.

Research from 2020 showed invasive rodents in Australia are unlikely to have the gene for rodenticide resistance shared by their kin from Europe and North America. Consequently, some first generation products containing coumatetralyl and some natural alternatives such as zinc phosphide can be safely used in Australia to control rodents.

These products have a much shorter half life in the livers or rats and mice. What’s more, a 2018 study didn’t detect them in significant quantities in dead southern boobook owls, which eat mice. 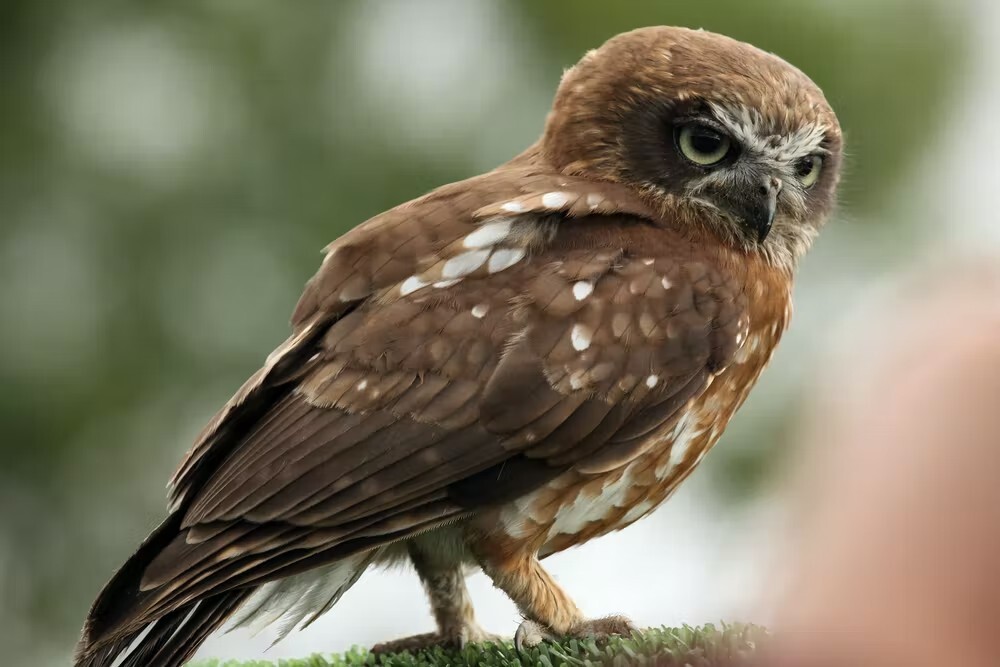 It’s also important to remember that baits must be deployed according to manufacturer’s instructions. Too often I hear stories of people throwing wax baits or grain baits into their gardens.

This is horrifying given the direct access this provides to possums, bandicoots, birds, small children and pets. Most baits should be deployed in bait holders that prevent exposure to non-target species.

We should recognise that pest management is a holistic activity. Relying on any one technique is unlikely to be sufficient.

Rodent-proofing your house, shed or grain silos as much as possible is essential in the war against pests. This might include sealing water and power inlets, holes in skirting boards and gaps or holes in grain storage facilities.

On a commercial scale, investing in modern vermin-proof facilities such as sealed grain silos and blocking all possible gaps, may well balance out the long-term expense of baiting. They certainly come with a much reduced risk to native wildlife.