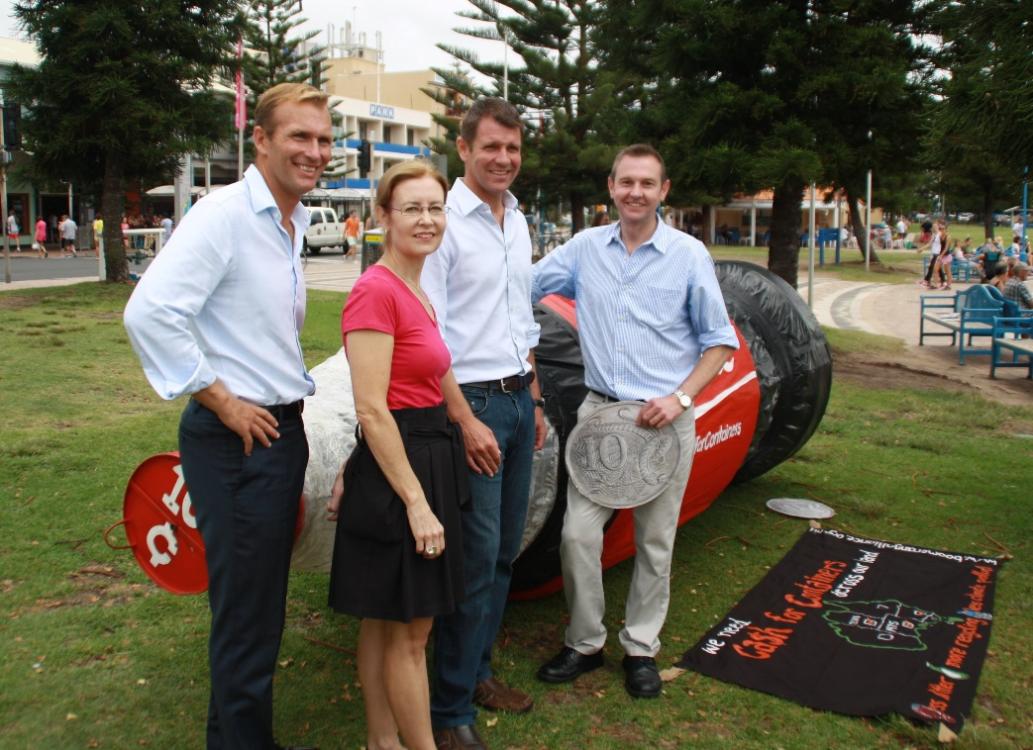 Have Your Say On New Container Deposit Scheme

Member for Pittwater Rob Stokes has welcomed the opportunity for local residents to comment on the introduction of the NSW Government’s new 10 cent container deposit scheme.

The NSW Government has announced the new initiative will commence from July next year and will provide a 10 cent refund for all eligible drink containers between 150ml and 3 litres.

The scheme will be similar to those operating in South Australia and the Northern Territory and is expected to involve a variety of collection points ranging from large depots through to reverse vending machines and pop-up sites.

The draft legislation and discussion paper have now been placed on public exhibition and feedback is being sought on the best ways for the scheme to operate to help maximise results.

“This is the largest initiative ever undertaken across NSW to help reduce litter,” Rob Stokes said today.

“Millions of drink containers are inappropriately disposed of every year and make their way into our natural environment.

"A container deposit scheme will help clean up litter from along our creeks, waterways and beaches and provide a financial incentive for people to look at litter in a completely different way.

“Most people do the right thing – but with more and more drink containers entering circulation it’s clear we must do more to help change people’s attitudes.

“One of the key considerations before the scheme commences is how it can work alongside existing kerbside recycling programs conducted by local councils.

“Feedback on the operation of the new scheme is being welcomed until 21 September, 2016.

“Copies of the documents on exhibition and details on how to provide feedback is available by visiting www.epa.nsw.gov.au/waste/cds-draft-bill-consultation.htm

“This is a fantastic initiative which I encourage everyone to get involved in,” Rob Stokes said.

Put In Your Ten Cents' Worth on Deposit Scheme

The biggest initiative to tackle litter in the state’s history has moved a step closer to reality, with draft legislation on the NSW Government’s 10-cent container deposit scheme going out to public consultation, Environment Minister Mark Speakman said today.

The scheme, which will mean eligible drink containers between 150 ml and three litres can be returned for a 10 cent refund, is scheduled to roll out across the state in July 2017.

Mr Speakman said the container deposit scheme (CDS) was now at the stage of consulting with the public on the details.

“I was thrilled to announce in May along with Premier Mike Baird that NSW was delivering on a key election promise and introducing a long-awaited container deposit scheme – something the community had been asking for for decades,” Mr Speakman said.

“We are looking at several measures to reduce costs of the scheme, including working with Queensland on opportunities for a single scheme coordinator and driving competition by allowing for multiple network operators.”

A draft bill and discussion paper, on public exhibition until Wednesday, 21 September, aims to provide details to the public on how the scheme was proposed to work, including:

“From next year the people of NSW will be able to return most drink containers and receive 10 cents, while playing a part in reducing litter volume by 40 per cent by 2020, one of the Premier’s key priorities,” Mr Speakman said.

View the documents and submit comments online at www.epa.nsw.gov.au/waste/cds-draft-bill-consultation.htm