Death By 775 Cuts: How Conservation Law Is Failing The Black-Throated Finch 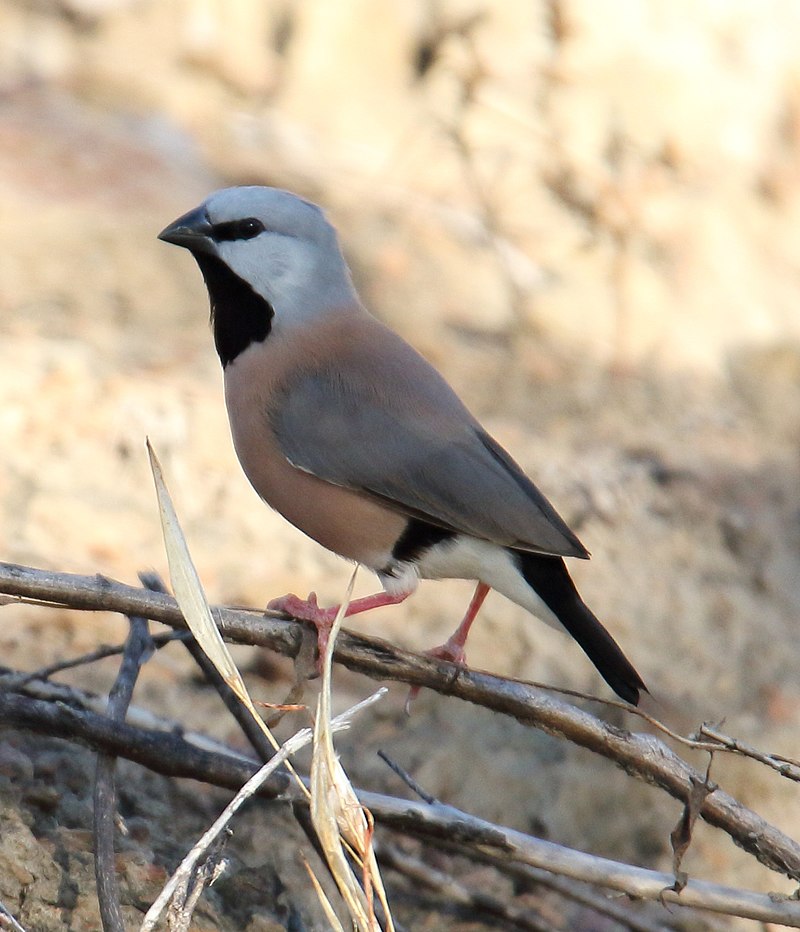 Nearly 20 years ago, Australia adopted national environmental legislation that was celebrated widely as a balanced response to Australia’s threatened species crisis. In the same year, Queensland introduced its Vegetation Management Act. Together, these laws were meant to help prevent further extinctions.

But have they worked?

We investigated whether these laws had successfully protected the habitat of the endangered  southern black-throated finch.

Our study found that, despite being nominally protected under federal environmental law, habitat for the species has continued to be cleared. Just three out of 775 development applications that potentially impacted the endangered southern black-throated finch were knocked back, according to our new research.

Defining exactly what is habitat for the black-throated finch is tricky – we don’t have oodles of data on their habitat use over time, and the extent of their sightings has declined substantially. But Queensland has excellent vegetation mapping, and we recorded all of the vegetation types in which the southern black-throated finch has been seen.

We then mapped the extent of this habitat in three different time periods: historically; at the advent of the environmental laws (2000); and current day.

Only one of these projects – a housing development near Townsville – was refused approval because it was deemed to have a “clearly unacceptable” impact to the black-throated finch.

In addition to these projects, over half a million hectares of the cleared habitat were not even assessed under federal environmental laws.

We estimate that the species remains in just 12% of its original range. Yet despite this, our study shows that the habitat clearing is still being approved within the little that is left.

So in theory, Australia’s and Queensland’s laws protect endangered species habitat. But in practice, a lot has been lost.

To further complicate matters, the black-throated finch’s habitat is also threatened with degradation by cattle grazing. The finch needs year-round access to certain grass seeds, so where grazing has removed the seeding part of the grasses, made the ground too hard, or caused the proliferation of introduced grasses such as buffel, the habitat suitability can decrease until it is no longer able to support black-throated finches.

So while they are losing their high-quality habitat to development, a lot of their habitat is being degraded elsewhere. 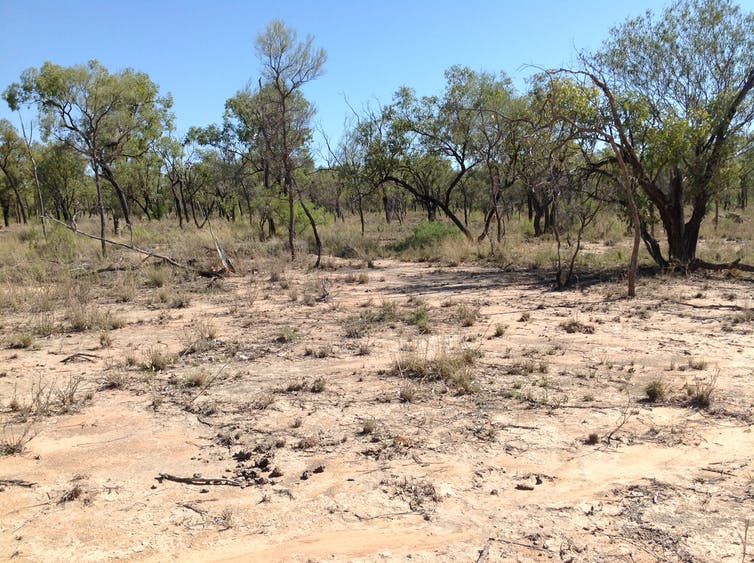 The federal government has placed conditions on approved clearing of black-throated finch habitat, often including “offsetting” of any habitat loss. But securing one part of the black-throated finch’s habitat in exchange for losing another still means there is less habitat. This is particularly problematic when the lost habitat is of very high quality, as is the case for Adani’s Carmichael coalmine lease.

Our research suggests there is a real danger of the black-throated finch suffering extinction by a thousand cuts – or perhaps 775 cuts, in this case. Each new development approval may have a relatively modest impact in isolation, but the cumulative effect can be devastating. This may explain why a stronger environmental response has not occurred so far.

So how can we prevent the black-throated finch from going extinct? The finch is endangered because its habitat continues to be lost. So its recovery relies upon halting the ongoing loss of habitat - and ultimately, increasing it. Achieving this would require a political willingness to prioritise endangered species protection.

Australia has already lost hundreds of its unique plants and animals forever. In just the last few years, we have seen more mammals and reptiles disappear to extinction. If we continue on our current path, the southern black-throated finch could be among the next to go.

This Article was first published in The Conversation

Read more:  Does 'offsetting' work to make up for habitat lost to mining?

Measuring around 10 cm (4 in) in length, the black-throated finch has a short black bill, lores, and throat, sharply delineated from the rest of the pale grey head. There are two subspecies of Black-throated Finches. The northern subspecies occurs in north Queensland, mainly on Cape York Peninsula, extending into parts of the Gulf Country. The southern subspecies is recorded at a few scattered sites, mainly near Townsville and in the Galilee Basin of Central Queensland. The wings, breast and belly are pale pinkish brown, and the short tail is black, while the rump is black in northern forms and white in southern.

The black-throated finch was traditionally found from Cape York south through eastern Queensland and into north-eastern New South Wales in the vicinity of Tenterfield, however it has not been recorded in New South Wales since 1994. It is sedentary or locally nomadic. It is found in grassy open forested habitats, generally near bodies of water such as rivers.

It is estimated that in recent decades its range has contracted by about 80 per cent. 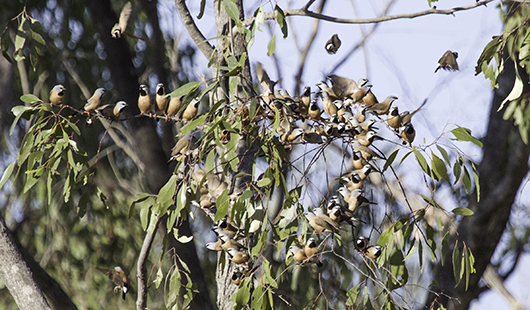