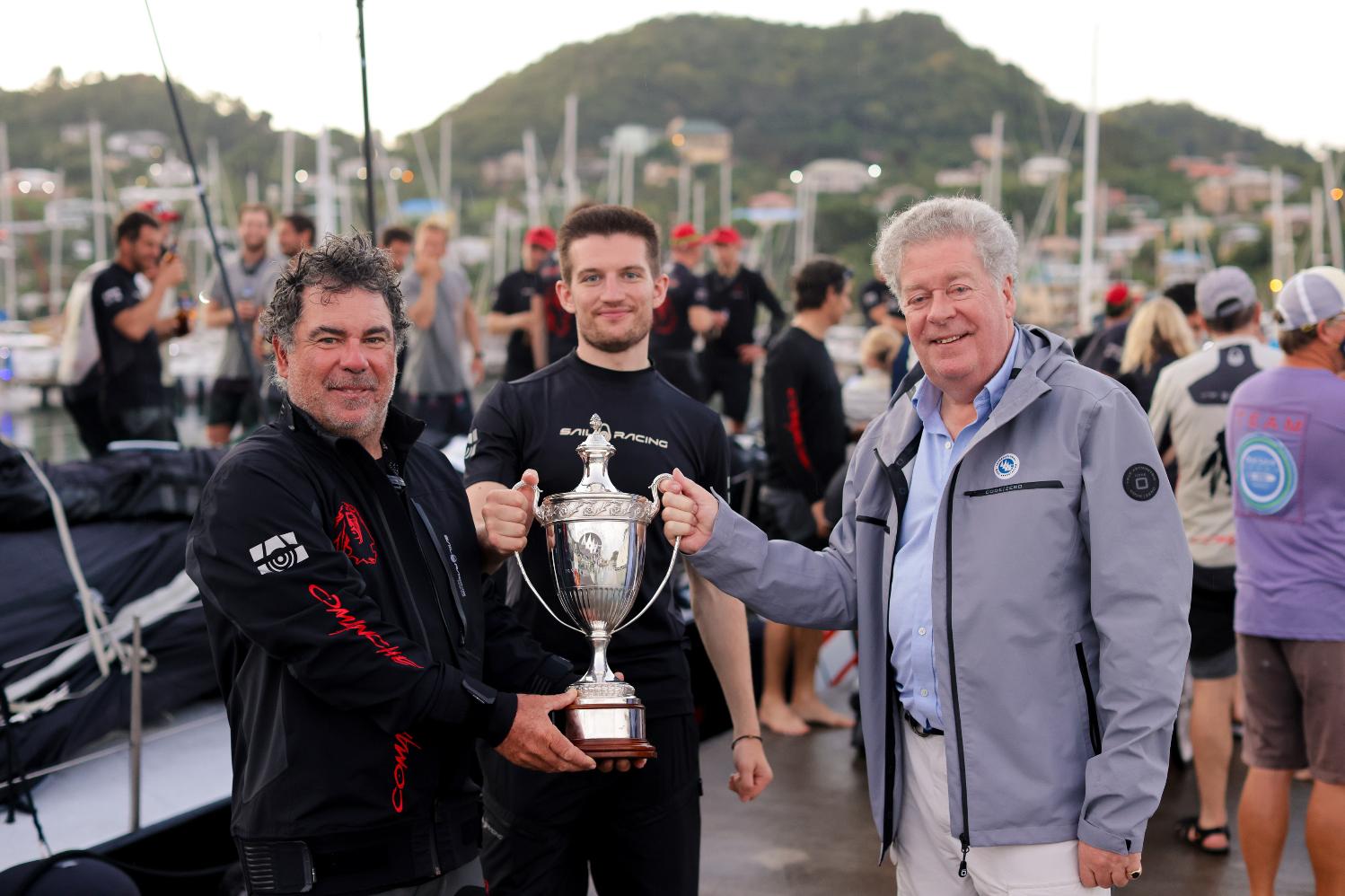 The eighth edition of the RORC Transatlantic Race takes the competitors through the islands of the Canaries, with their reputation for large acceleration zones and big waves, before heading out across the Atlantic Ocean to a finish off Quarantine Point on the east coast of Grenada

The 30.48m (100ft) VPLP Design/Verdier Maxi Comanche, skippered by Mitch Booth, has taken Monohull Line Honours in the 2022 RORC Transatlantic Race, winning the magnificent IMA Trophy. Comanche has set a new race record for the 3,000nm race from Lanzarote to Grenada of 7 days 22 hours 1 minute 4 seconds. Comanche’s new Monohull Race Record has beaten the previous race record by over two days. With the double achieved Comanche must wait to see if any of the remaining 21 teams racing under IRC can eclipse their corrected time to win the RORC Transatlantic Race Trophy.

Mitch Booth is Comanche’s skipper. In many ways he is typical of the international crew. Mitch is an Australian and Dutch national who lives in Spain. He has won two Olympic medals in the Tornado Class, world championships in F18s and Extreme 40s, as well as excelling in offshore racing. Comanche’s crew comes from 16 different nations and includes winners from the Olympics, round the world races and the America’s Cup.

“Comanche is an absolute weapon in the open ocean; the benchmark in non-foiling offshore monohulls. The team are just so privileged to have the opportunity to race this boat with the full support and trust from the owners. It's just a real thrill to be on board,” commented Mitch Booth. “The Comanche crew is a mix of very experienced offshore sailors, grand prix inshore sailors and a few newcomers. We are not in set roles; everyone is trimming and on the helm. We are mixing it up, having a great time. It's been really fun sailing together. Setting Atlantic records is iconic and very special. Comanche now holds records for both easterly and westerly routes.”

RORC Transatlantic Race fans that have been following the track of Comanche will notice that apart from earlier in the race Comanche’s trajectory has been close to the rhumb line. Comanche completed the course by racing just 3,063nm, which seems to suggest that the strategy was a simple one. In fact, the weather conditions made for a complex winning solution, as Comanche’s Australian navigator Will Oxley explains. Will has racked up 300,000 ocean miles, including three editions of The Ocean Race. His last win was in December as navigator for Matt Allen’s Ichi Ban, overall winner under IRC for the 2021 Rolex Sydney Hobart.

“This was an atypical transatlantic race, there was some low-pressure systems and instead of the normal south route, where you would gybe west in the sunshine, we had bigger waves, headwinds and really quite difficult conditions. Any team that finishes this race, especially the smaller boats, has done a pretty good job,” commented Will Oxley.

He continued: “Our route was governed by an Eastern Wave. It sounds like a complicated term, but they are lines of clouds that develop close to the coast of Africa and move west across the Atlantic. To the north of Comanche was a col, which is two areas of high pressure going in different directions forming a windless area. Our strategy was to wiggle our way between these two weather differences. We always try to point the boat at the mark, sailing the shortest course is probably going to go well in your favour. On board information about the weather is passed to the crew every three hours, this means they are aware of what we are trying to do.” 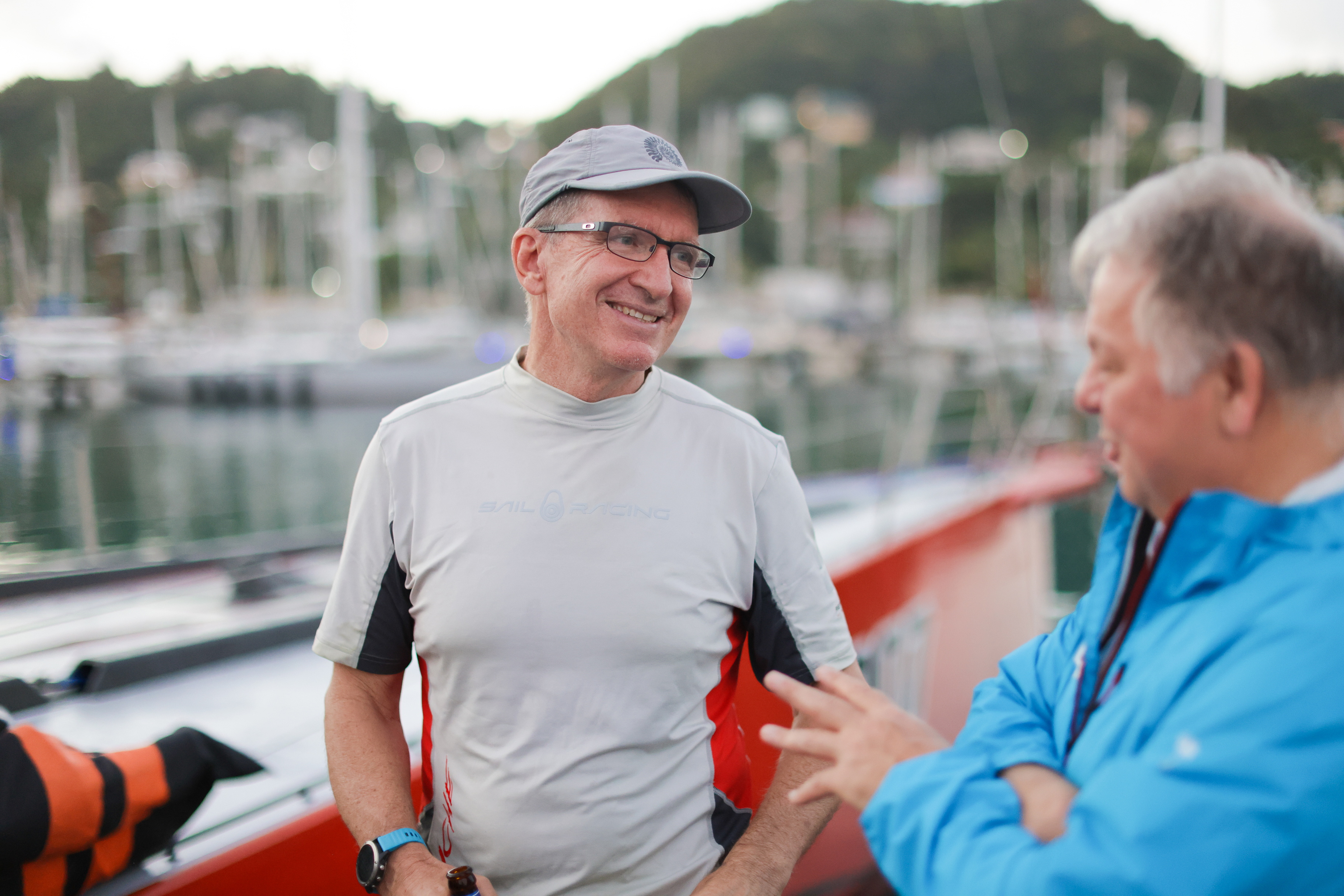 Comanche’s Australian navigator Will Oxley explains to Race Reporter, Louay Habib, the weather conditions which made for a complex winning solution © Arthur Daniel/RORC

A number of teams in the RORC Transatlantic Race chose to sail to the north to benefit from more wind from a low-pressure system. Will Oxley explains why Comanche chose not to take that option. “We looked at the northerly option and whilst it showed to be the fastest, there looked to be a very difficult exit strategy to this route to get back south. Looking at weather models days into the future comes with inaccuracies. So, there is a high chance that if you let it play out to the end, you may find yourself upwind to the finish. A big ‘thank you’ to the RORC, Puerto Calero and Port Louis; it has been a fantastic race and I am very much looking forward to seeing some of Grenada.”

Comanche’s next race will be the 2022 RORC Caribbean 600 which starts from Antigua on Monday 21st February. With the prospect of a goliath encounter against Club Swan 125 Skorpios, Comanche is relishing the prospect of a close race around 11 Caribbean islands.

“We know Skorpios is very fast in some conditions, but we believe the RORC Caribbean 600 suits us, as it is windy and has plenty of reaching. We are really looking forward to the next battle,” says Mitch Booth, Skipper of Comanche.

For full coverage of the RORC Transatlantic Race, including race updates and stories from the teams, follow the Royal Ocean Racing Club on Instagram, Facebook, and Twitter. For regular updates including satellite tracking go to: www.rorctransatlantic.rorc.org 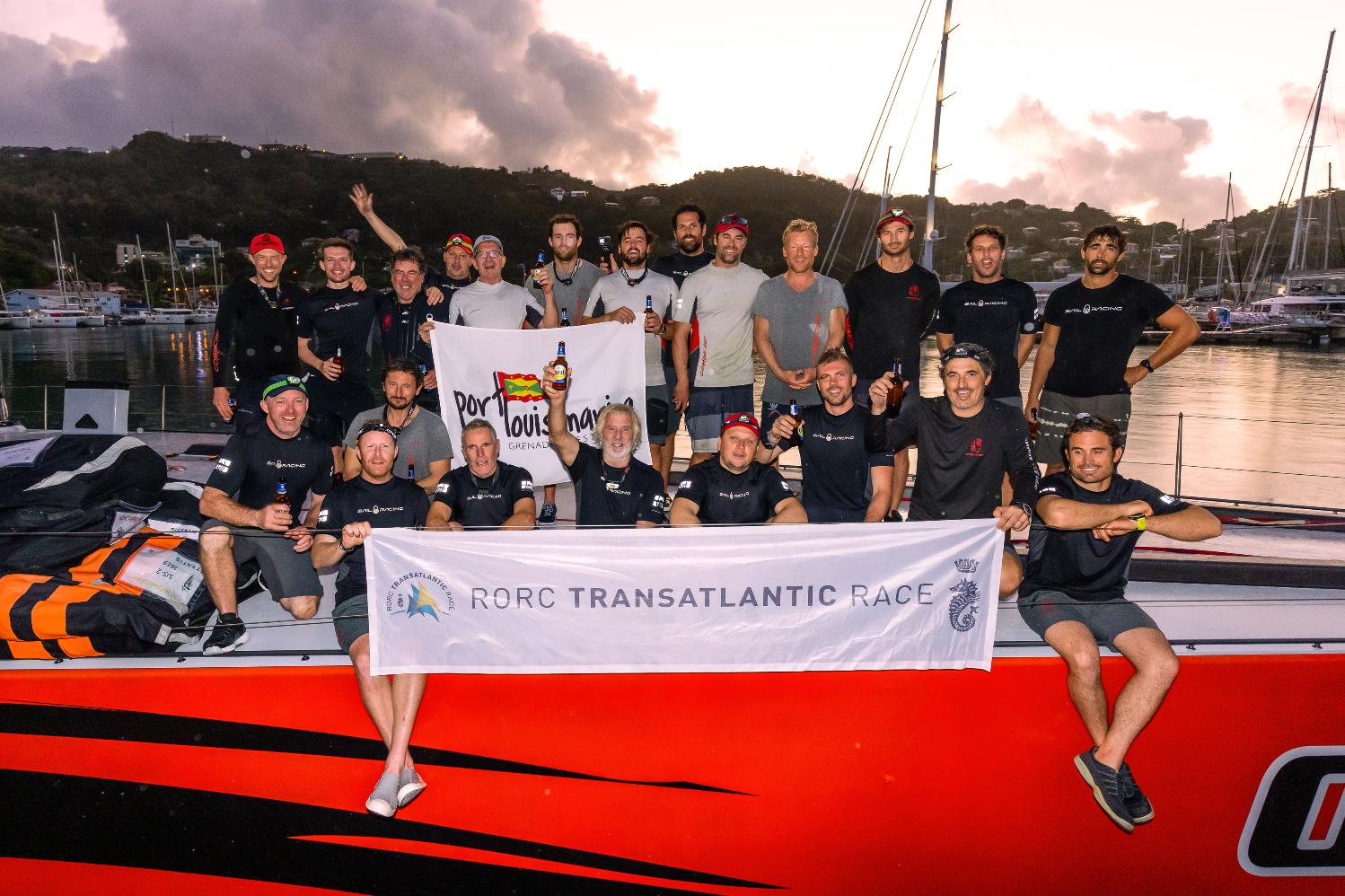