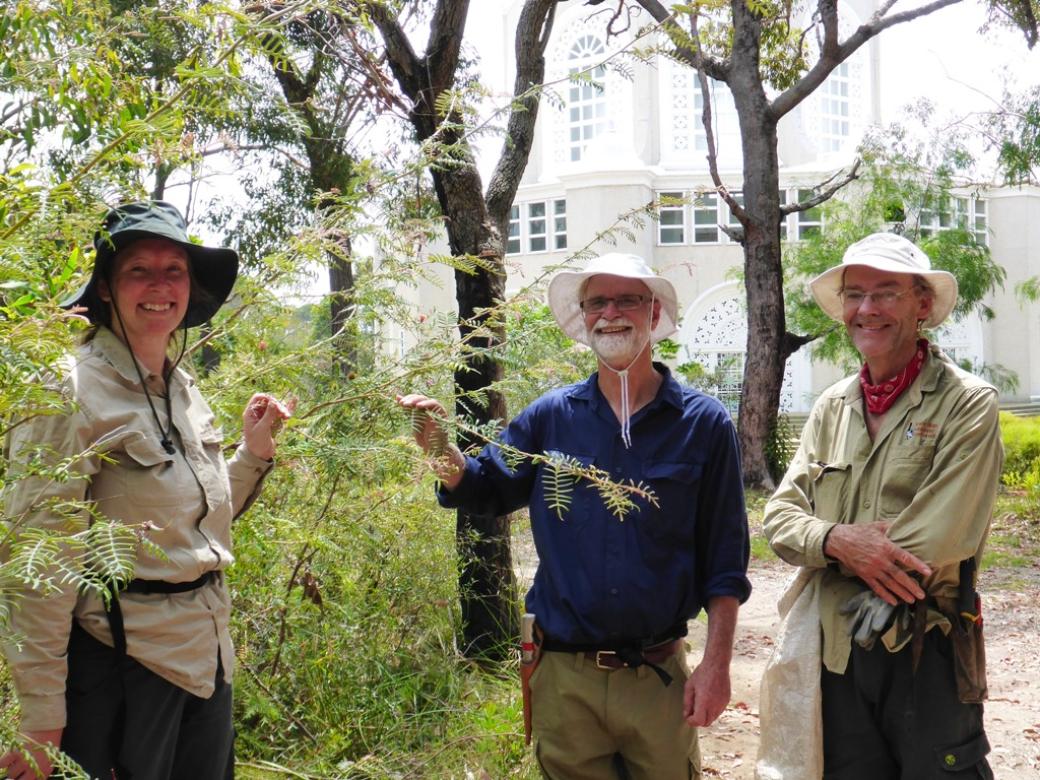 Driven by local volunteers through funding from Greater Sydney Local Land Services and the Office of Environment and Heritage (OEH), the project focusses on protecting vegetation on the grounds of the Baha’i Temple which is home to the endangered native plant.

“There are currently less than 20 mature plants and around 50 seedlings at the Temple grounds. Our volunteers have done an incredible job to protect this plant and raise awareness about its importance to our natural environment,” she said. “Their work has involved, bush regeneration, mapping of plants, seed collection, protection of seedlings and management of other plant species at the site.

“What has been achieved over the past three years is a great example of meaningful collaboration between community and government.”

OEH Senior Threatened Species Officer Erica Mahon said great team work has been pivotal to the success of the three year project to save the critically endangered plant, which can be found in the Northern Sydney suburbs of Ingleside, Terrey Hills and Belrose.

“It’s been inspiring to work with such a devoted group of volunteers. Their commitment has ensured the survival of the critically endangered Grevillea caleyi. The funding is one thing, but without the dedication of the local landholders and volunteers, projects like this couldn’t succeed.

“I look forward to continuing to work in partnership with the Pittwater Natural Heritage Association and the Spiritual Assembly of the Baha’i as we continue the successful Bushcare mornings with funding under the Saving our Species Program,” Ms Mahon said.

"While the project may be over it’s not the end of efforts to save and protect the Grevilla caleyi, and we look forward to continuing our work in the future,” Mr Palmer said.

This project has also been supported by the former Pittwater and Warringah Councils, the Spiritual Assembly of the Bahá'í, and the Pittwater Natural Heritage Association.