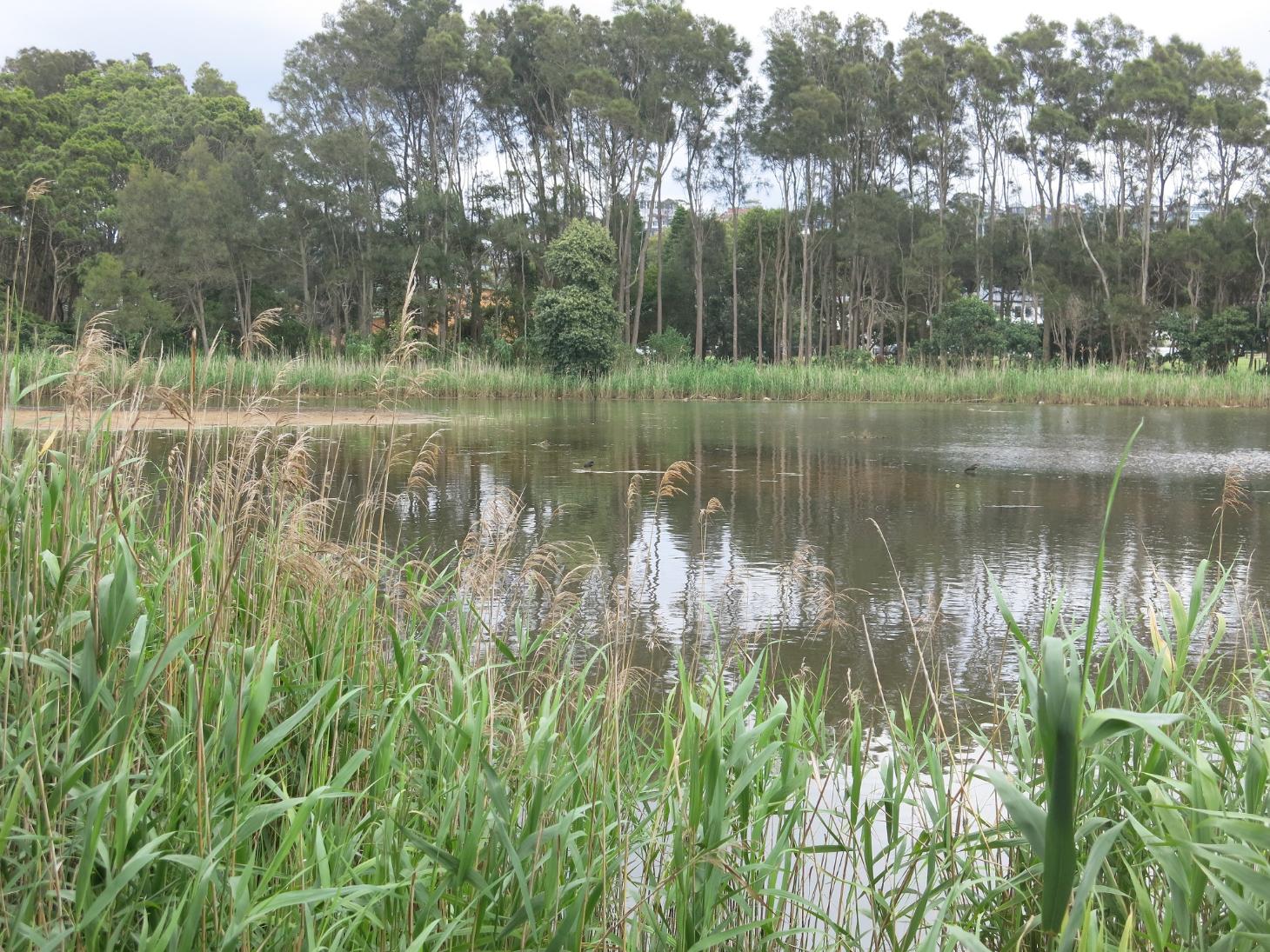 The four coastal lagoons that grace the Northern Beaches – Narrabeen, Manly, Dee Why and Curl Curl – are fragile ecosystems that have taken a battering over the years. Their wetlands have been used as rubbish dumps, their riparian zones cleared of native vegetation and suffocated by invasive species, and their waters polluted.

Some of the damage is historical. Lagoon wetlands in particular have traditionally been viewed as useless areas and sources of disease, and in many cases have been filled in and used as sports grounds and parks.

But a group of hard-working residents on the beaches is determined to bring its lagoon back to life, and instil local pride in the creek that feeds it and the native vegetation that protects its banks.

Alongside Northern Beaches Council, local group Curl Curl Lagoon Friends has been looking after the eponymous lagoon and Greendale Creek since 1980.  It’s latest initiative – creating a floating wetland – could raise the health of this waterway to a new level.

In the next episode of Radio Northern Beaches environment show, The Coast, Friends member Paula Cowan explains how the pilot project has worked. An above-ground 5000 litre poly water tank was installed at the back of the North Curl Curl Community Centre. The tank was filled with lagoon water and a large pad holding a growing medium was installed in the tank.

The idea, says Paula, is to see which native plant species can both survive in the lagoon and help clean the lagoon water. By May, this year, it was demonstrated that tall sedge species Carex appressa could survive on nothing more than sunlight, air and the nutrients present in the water sourced from the lagoon. Scientific testing showed also an encouraging general net decrease in nutrient concentration.

“We found that over time [the installation] reduced some of the phosphorous and nitrogen in the water and it has increased the oxygen in the water,” says Paula.

“We have a pump that draws water from the lagoon ensuring it circulates and we have a winch that pulls up the floating pad and we can check out what’s underneath it. We found dragon fly nymphs living under there so it is supporting life even under the water.”

Ultimately, Curl Curl Lagoon Friends want floating wetlands like the one used in the pilot project installed in the lagoon, above the weir, where there is enough water all the time to support them. That could happen early next year.

The group has also worked hard to remove non-native vegetation from the banks of the lagoon, replacing it with endemic native species that provide food and protection to small mammals and birds.

At certain times of the year, the lagoon is a haven for waterbirds, including breeding black swans. The bush also acts as a filter between the adjacent playing fields (built on an old municipal tip that still leaches into the environment) and the lagoon, slowing down storm run-off and capturing litter that would otherwise end up in the water.

“We would like to see some more filtering in the creek,” says Paula. “The more you slow the water, the more you filter it.

“I would love to see people engage with the lagoon, understand what they are looking at. When you understand something you value it.”

In this episode of The Coast, which goes to air on Friday 3 December at 11am, presenter Wendy Frew also speaks to coastal engineer and former Pittwater General Manager, Angus Gordon, about dredging operations at Narrabeen Lagoon, and chats with Surfrider Foundation Northern Beaches President Brendan Donohoe about what that dredging means for surf breaks.

The Coast is broadcast at 11am on Fridays on Radio Northern Beaches (88.7/90.3 FM). You can listen to all episodes of the show, for free and on demand, at https://www.mixcloud.com/TheCoastRNB/. 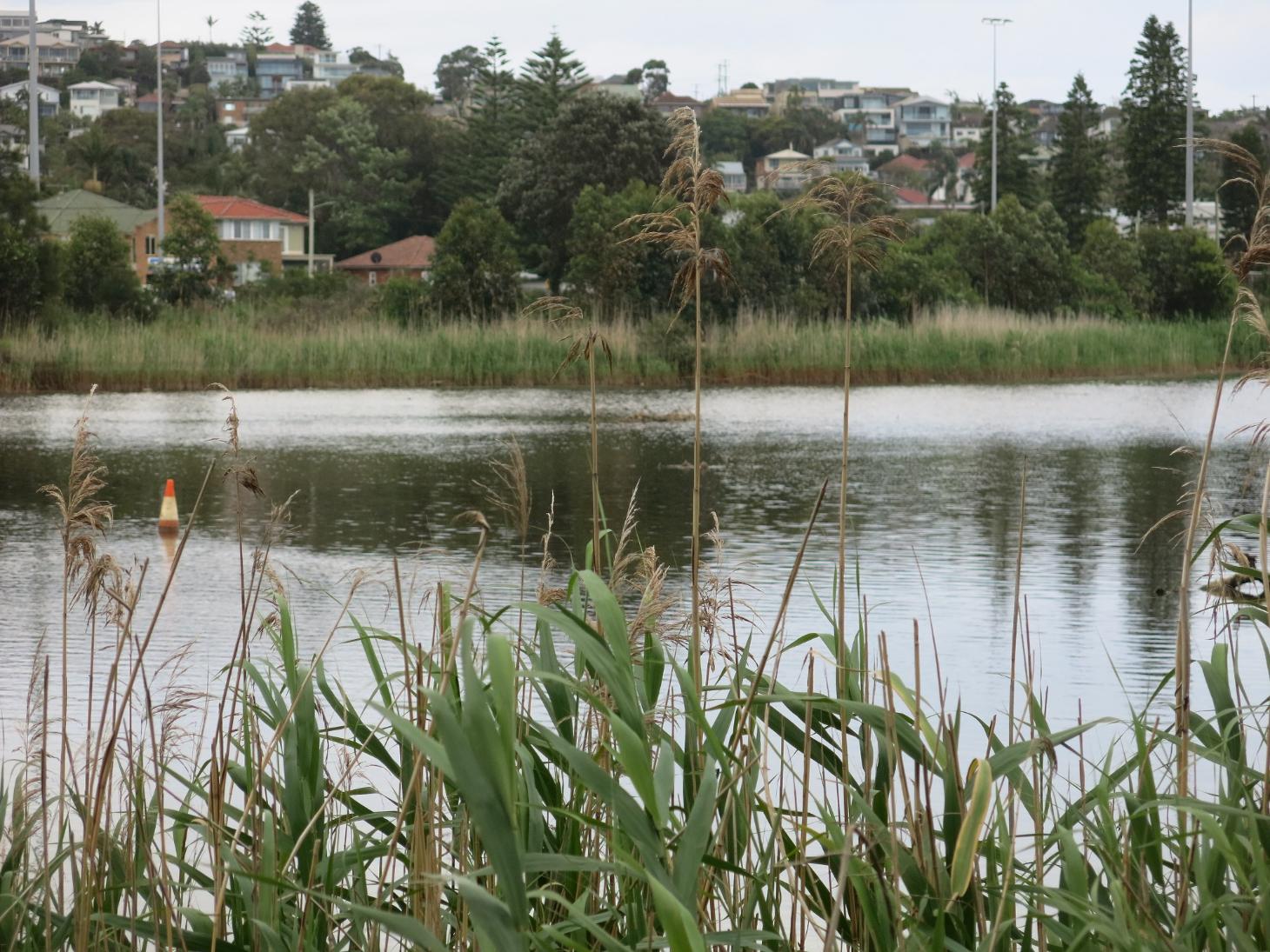