Champions crowned at the Woolworths Surfer Groms Comp in Kiama 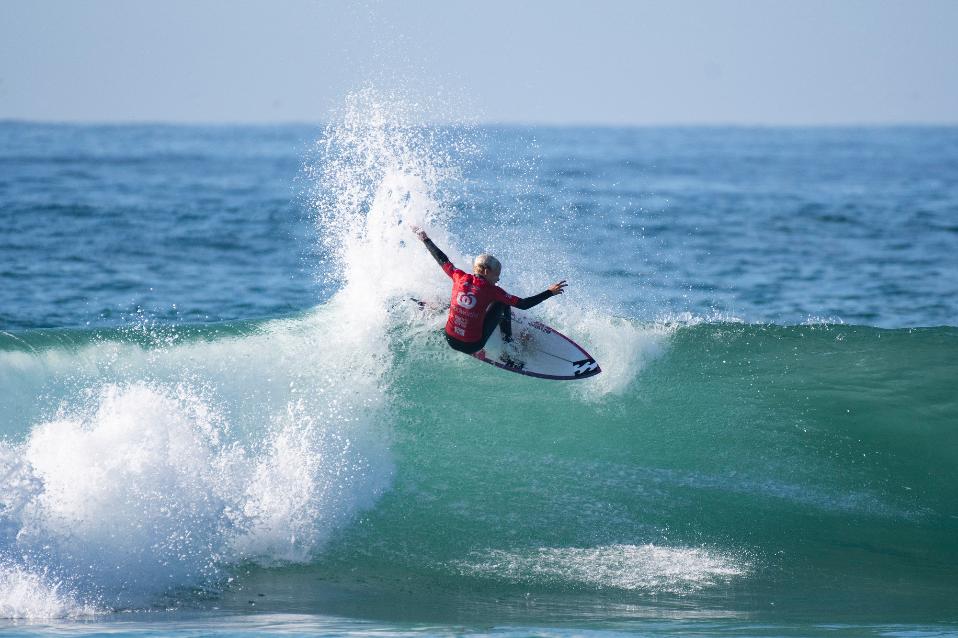 Last Issue Pittwater Online shared some of the great news coming out of Surfing NSW about the 2019-2020 Woolworths Surfer Grom Comps and the great fun, experience and results peninsula surfers have had in the first two rounds.

Event 3 wrapped up last Sunday, September 15th, and once again local surfers showed they can do well in any conditions on any beach. Below runs the Surfing NSW report received at the conclusion of Event 3 in Kiama.

Event 4 will be held at Coffs Harbour at the end of the Spring School Holidays on October 11th and 12th.

Fletcher Kelleher (Freshwater) bagged his first Woolworths Surfer Groms Comp victory of 2019, taking out the Under-14 Boys division. After taking out all four NSW events in the Under-12 Boys in 2018, Kelleher appeared to be destined to repeat the same results this year and so far has appeared in the final in the last two events, but only taking a win in Kiama. Kelleher notched up a respectable two-wave 13.34 heat total to get the win over a stacked field.

Shyla Short (Austinmer) ensured a title stayed south of Sydney, taking out the Under-14 Girls division. Short put on a decent performance over the course of the final to get the win with a respectable 10.6 heat total. Shyla is the second Short sister to take out the Under-14 Girls division at a Woolworths Surfer Groms Comp event in 2019 after her older sister Zahlia Short took out event one in Cronulla in a fortnight ago.

Ocean Lancaster (Merewether) surfed well beyond his years in the Under-12 Boys division, taking top honours with a massive 15.24 two-wave heat total. Lancaster’s fluent backhand attack was flawless over the course of the final as he posted the aforementioned total and left his fellow competitors needing two-wave combinations to take away his lead.

Ruby Trew (Curl Curl) added another Woolworths Surfer Groms Comp Title to her overflowing portfolio of results, notching up a solid 12.16 heat total to take a convincing win over her opposition.

All other results can be viewed below. 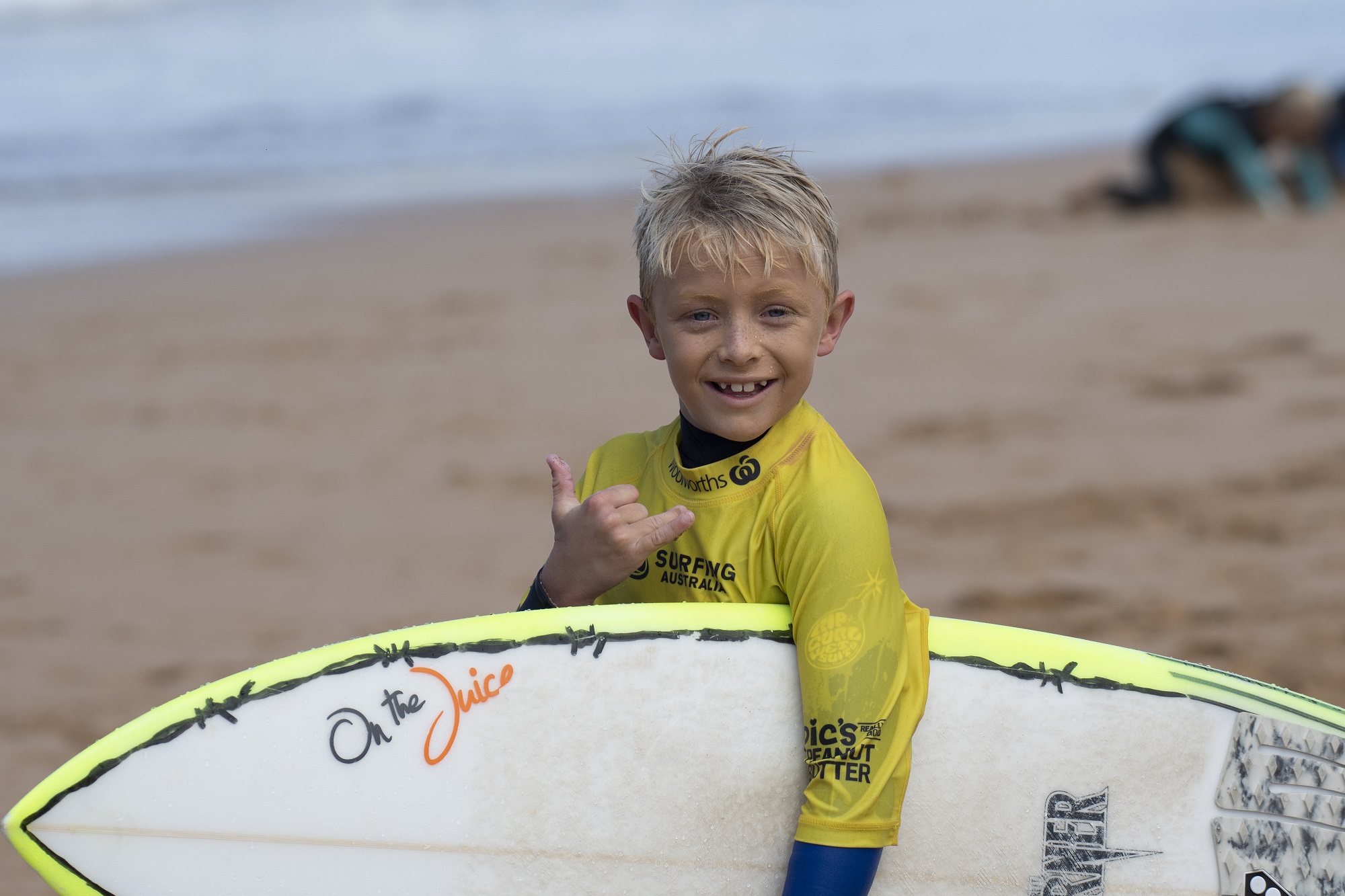 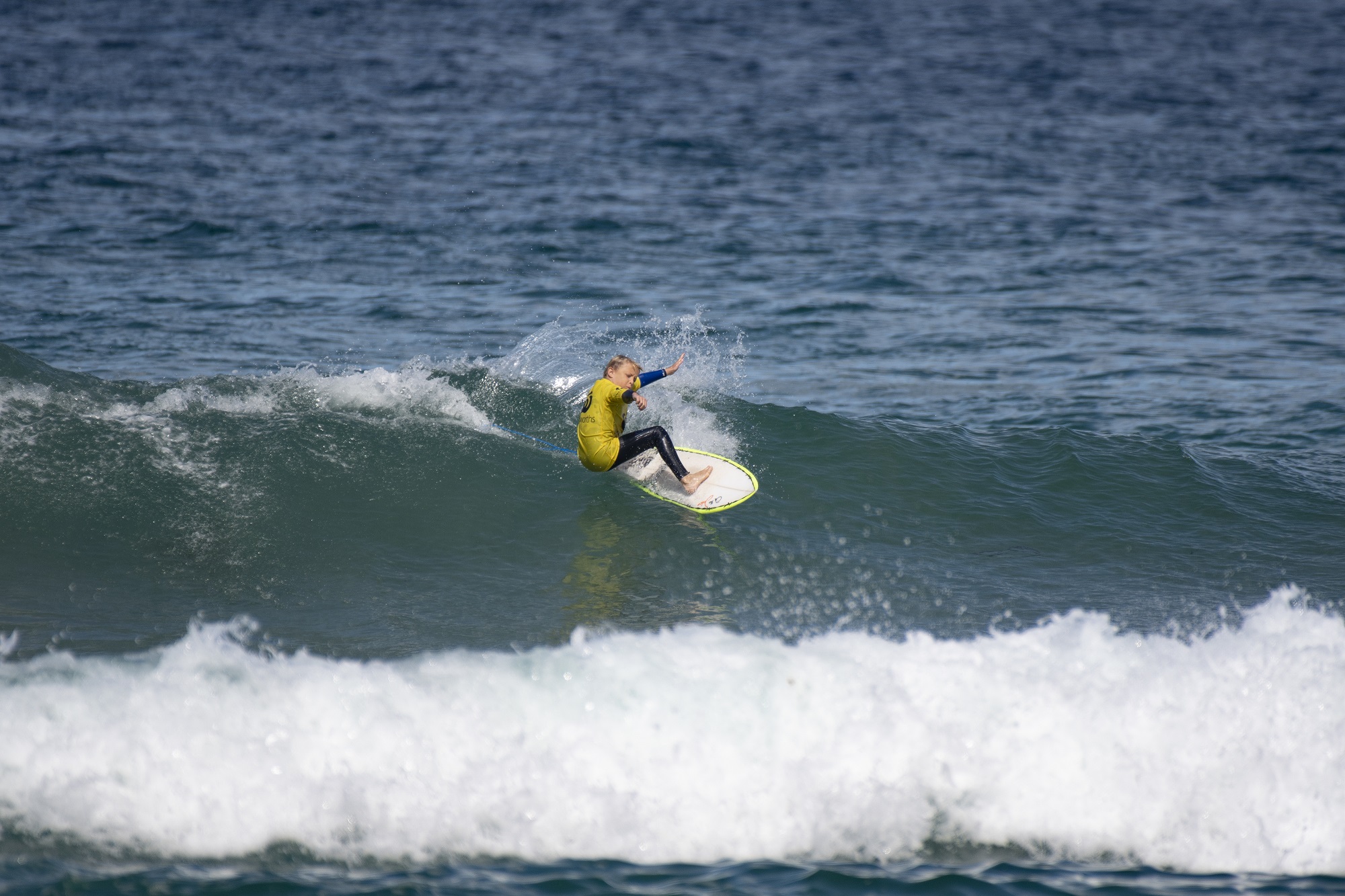 The main location for event three of the Woolworths Surfer Groms Comps Series was Jones Beach with backup locations of Bombo and Werri. 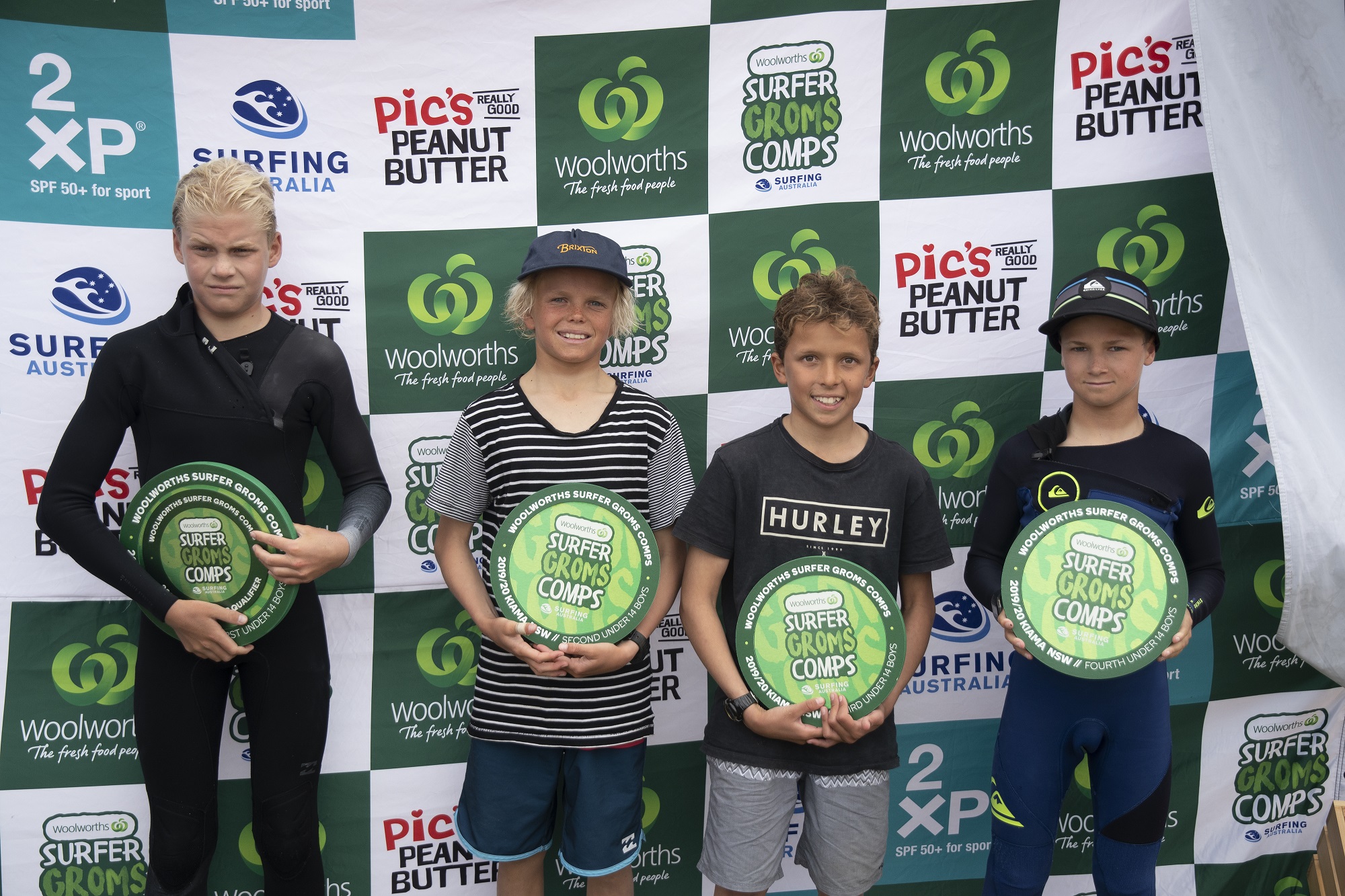 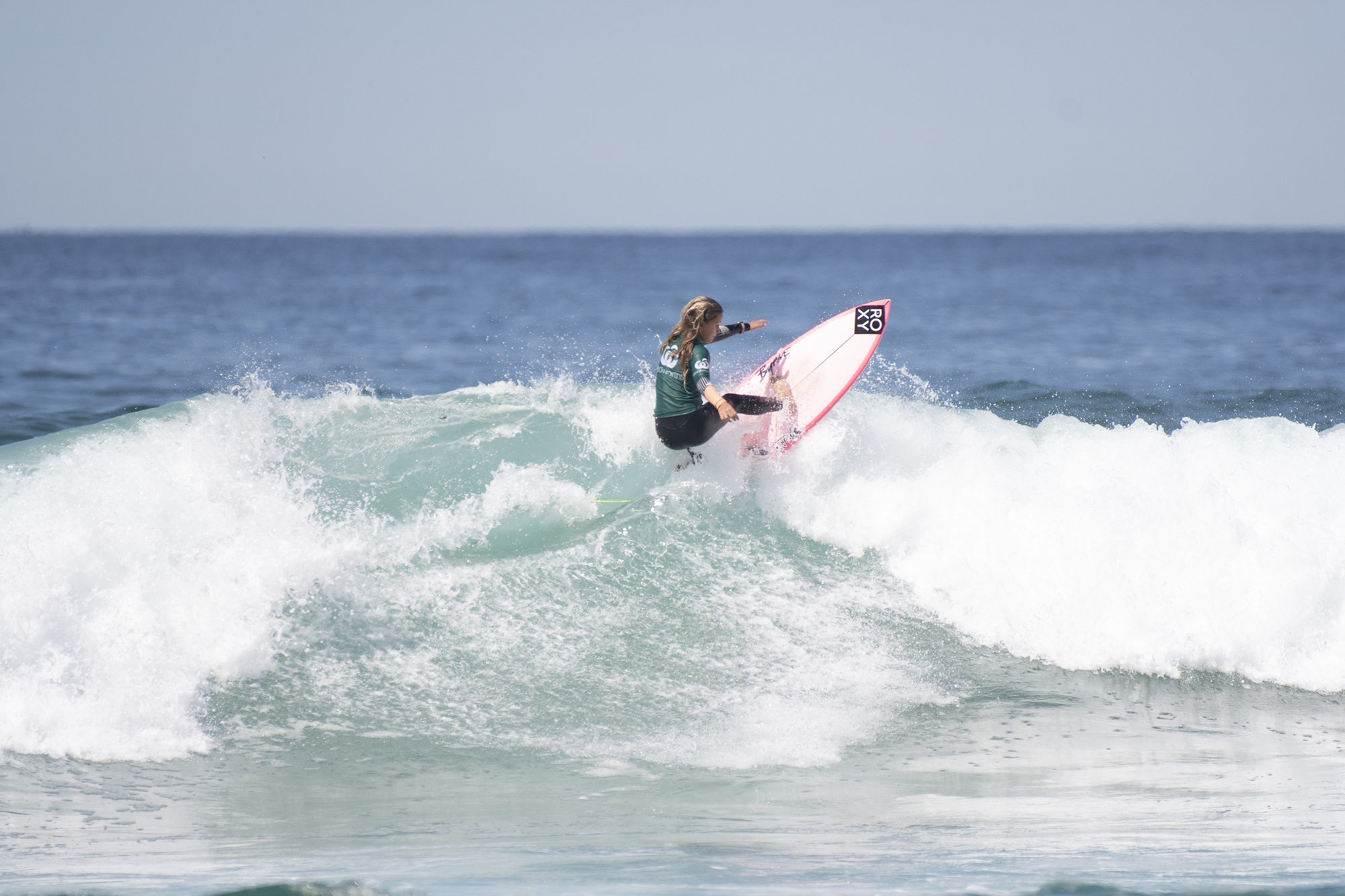 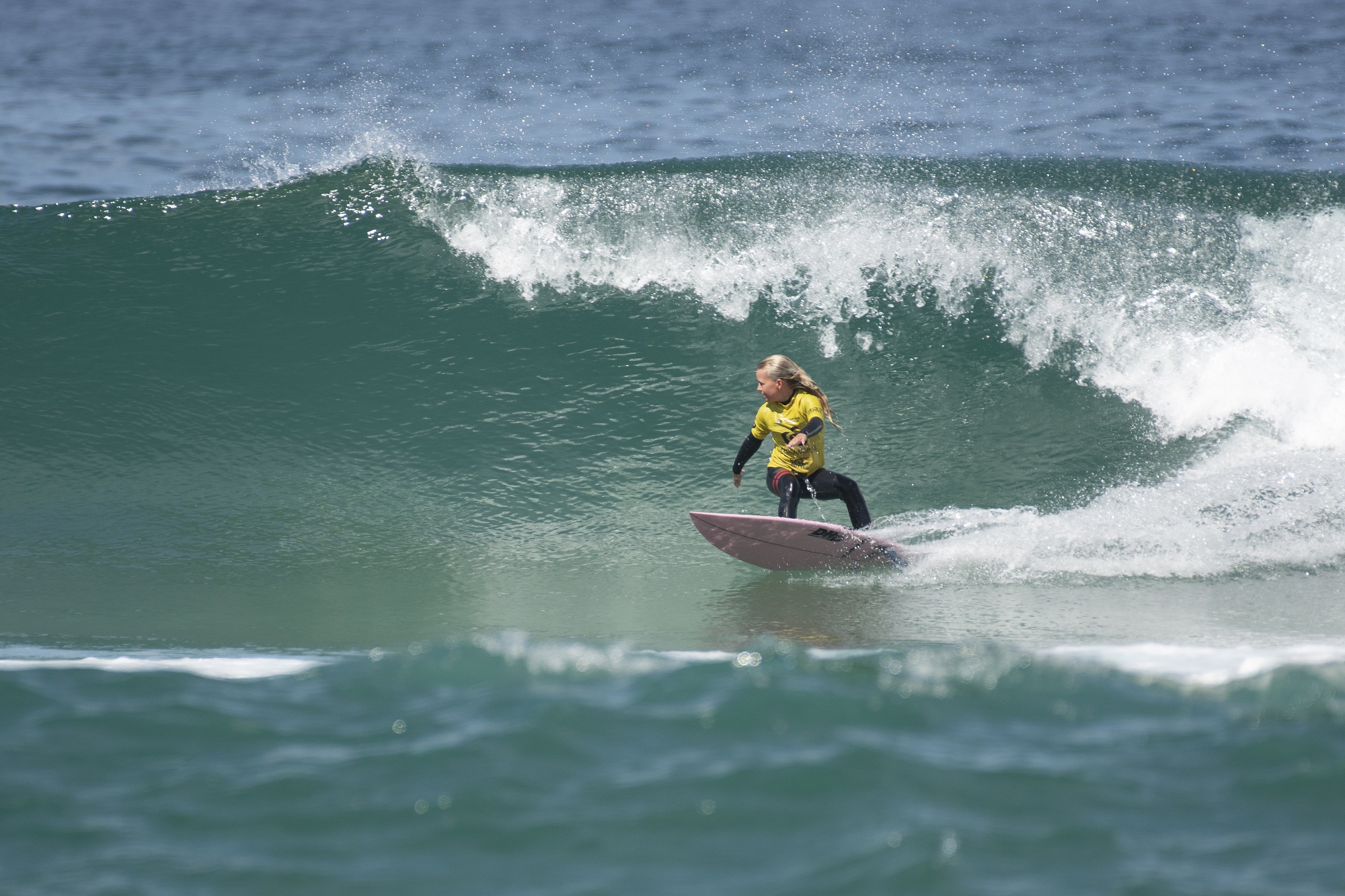 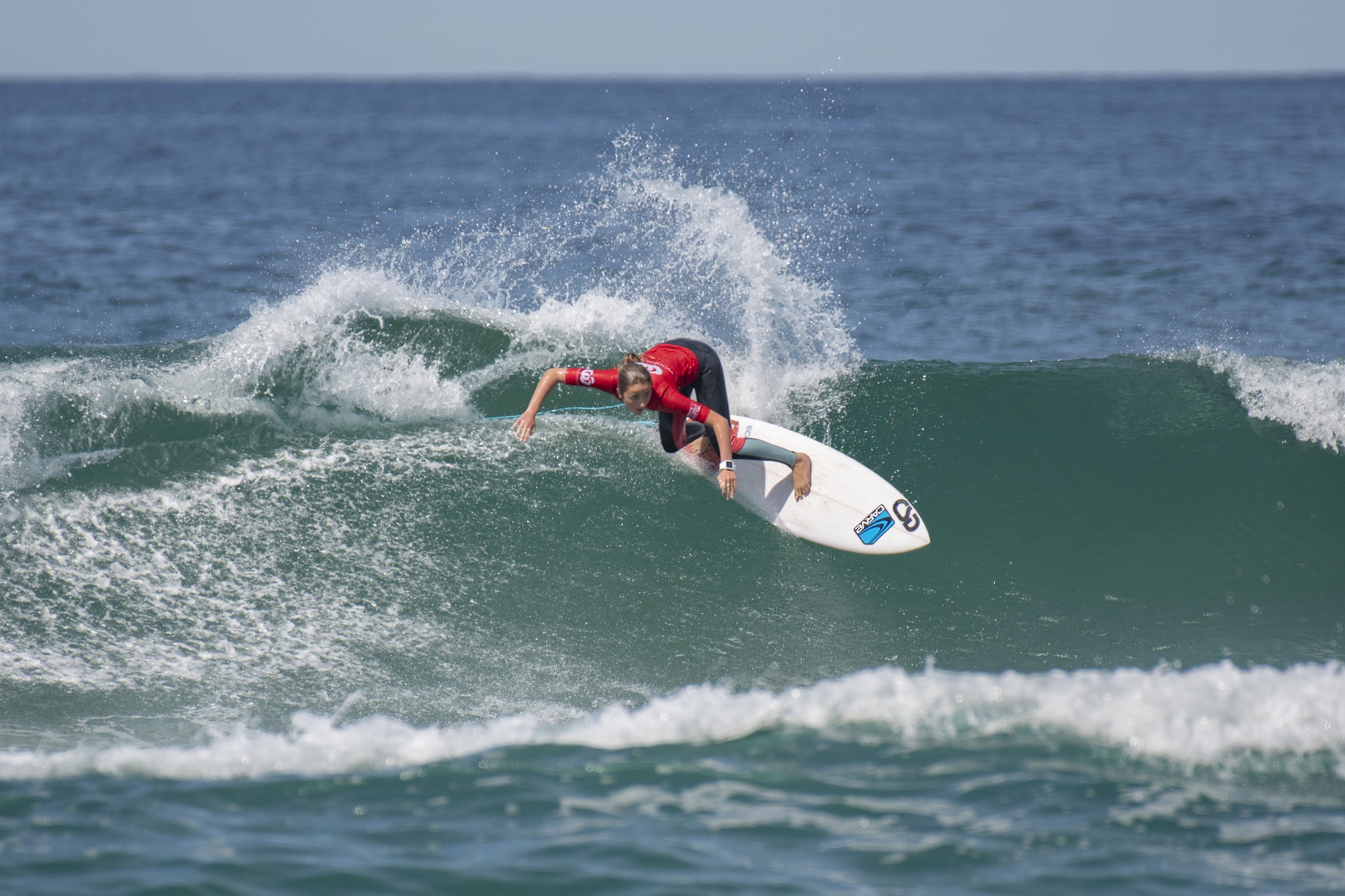 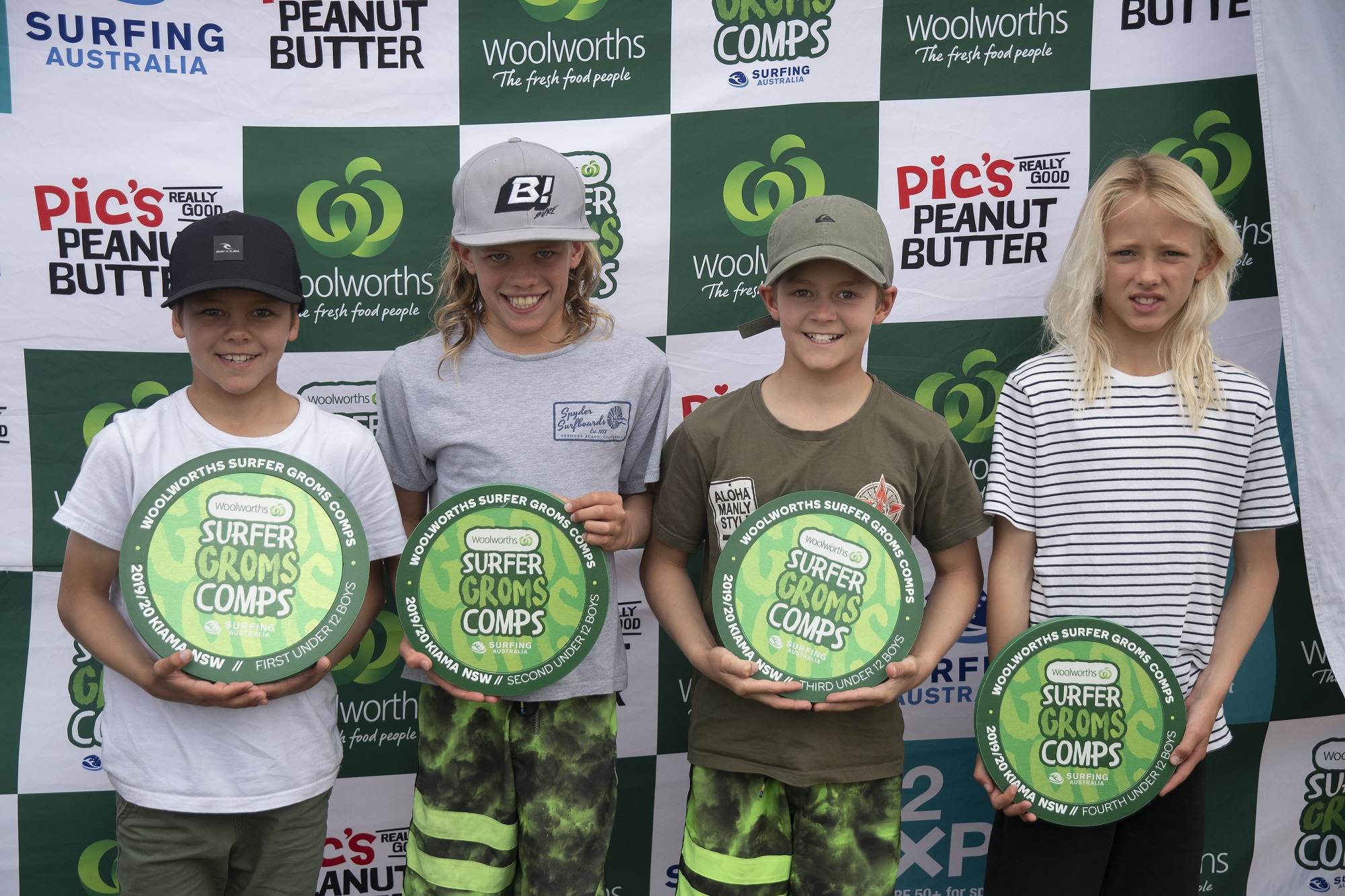 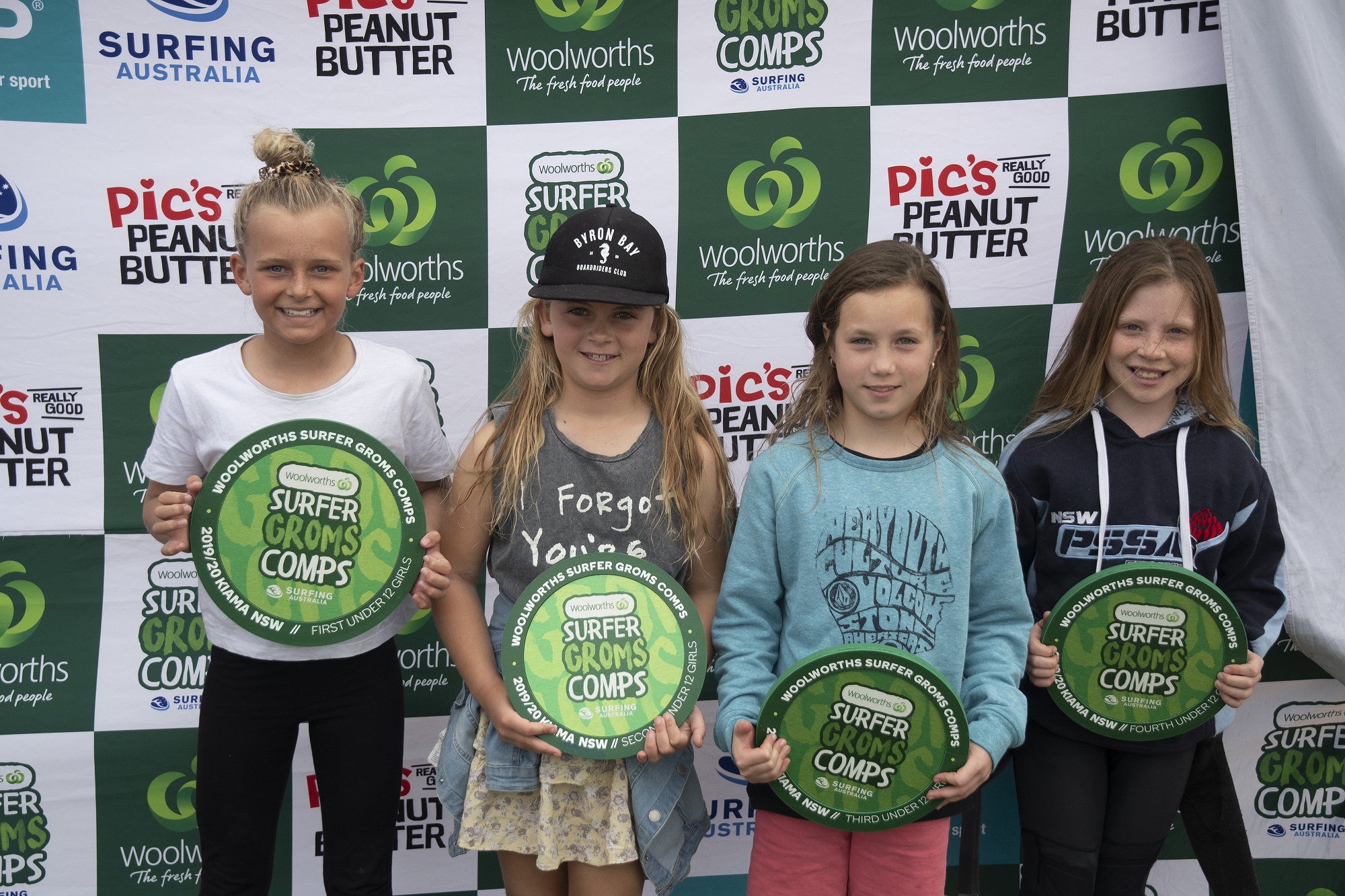 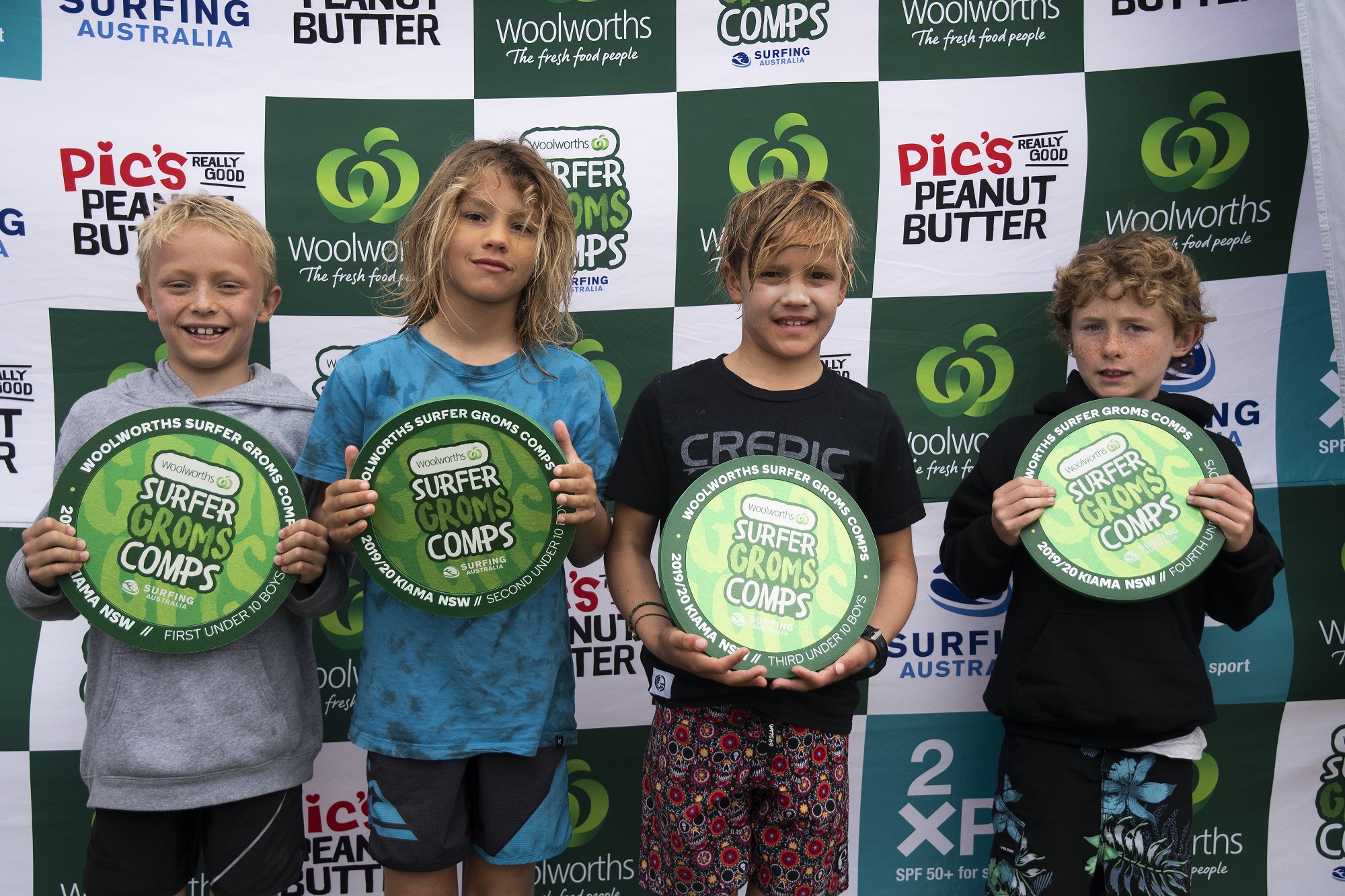 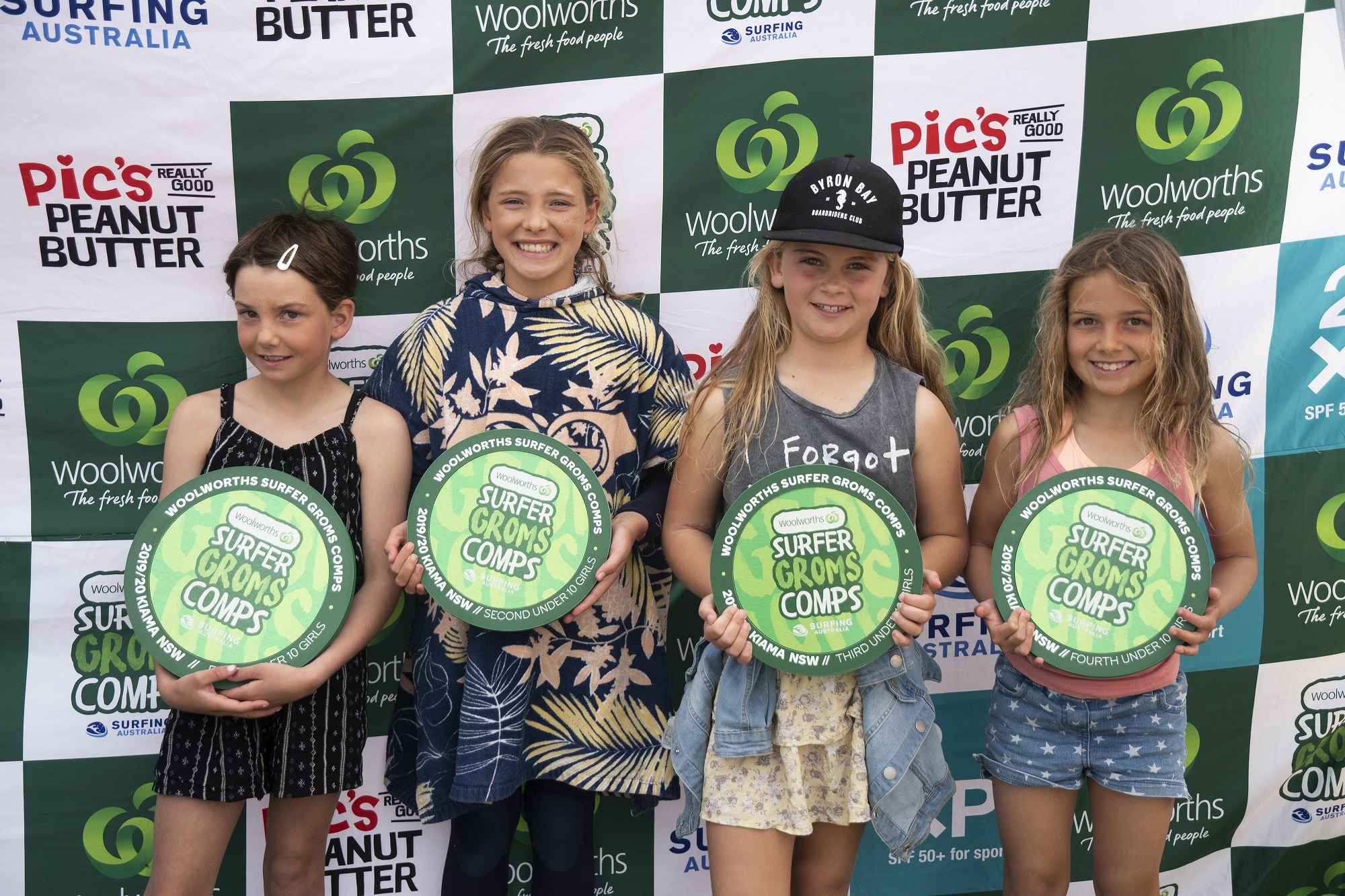 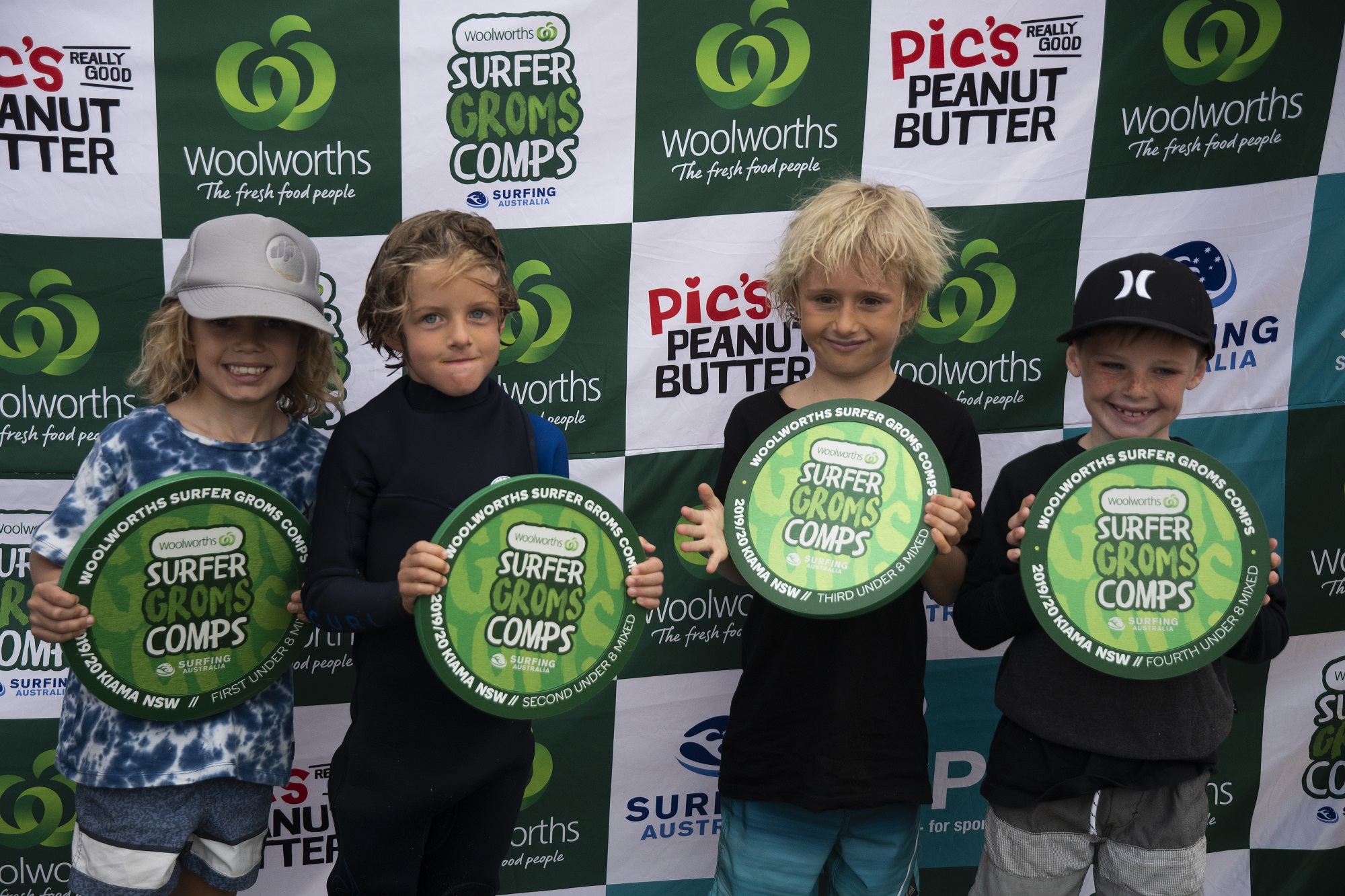 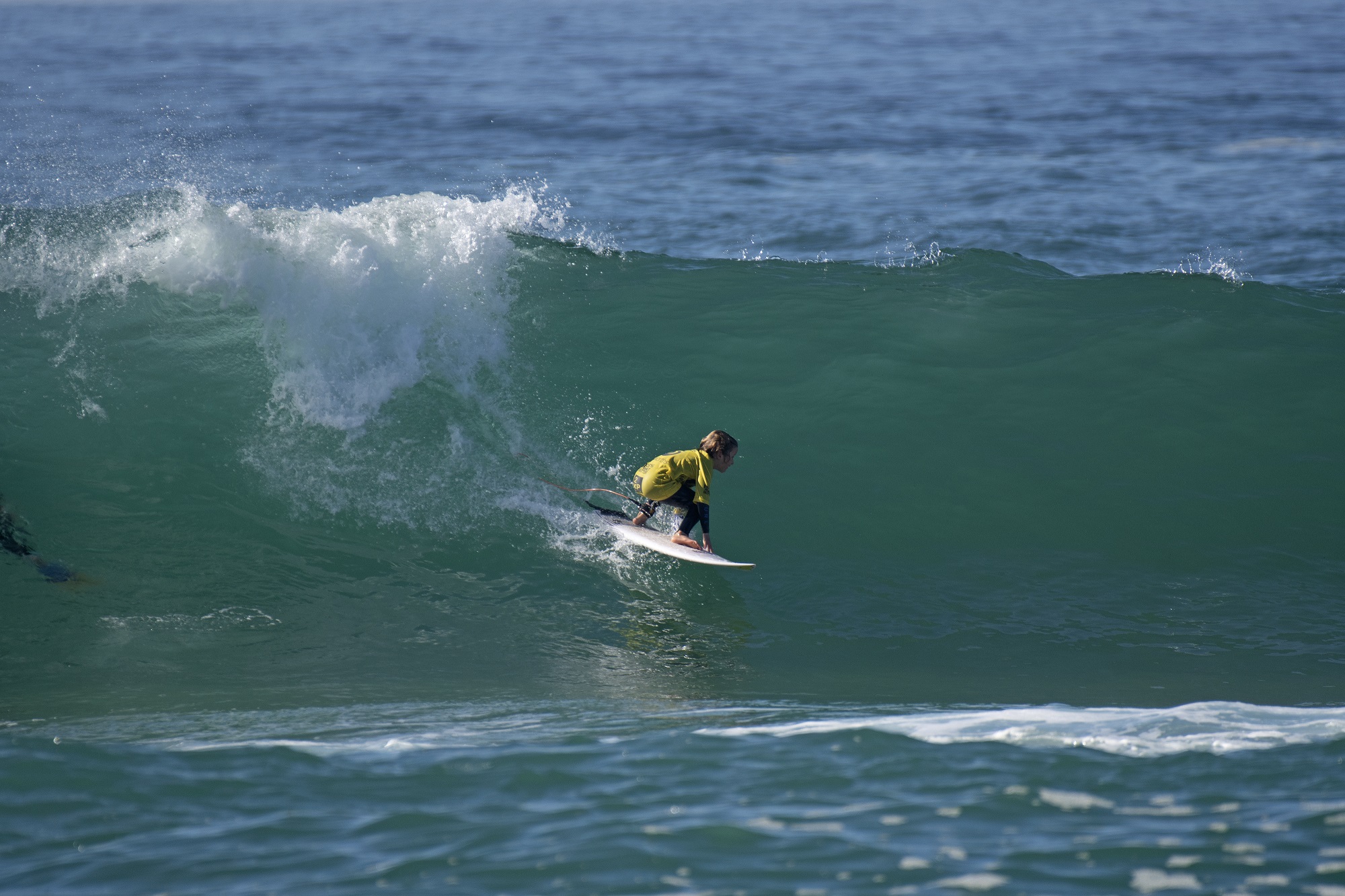 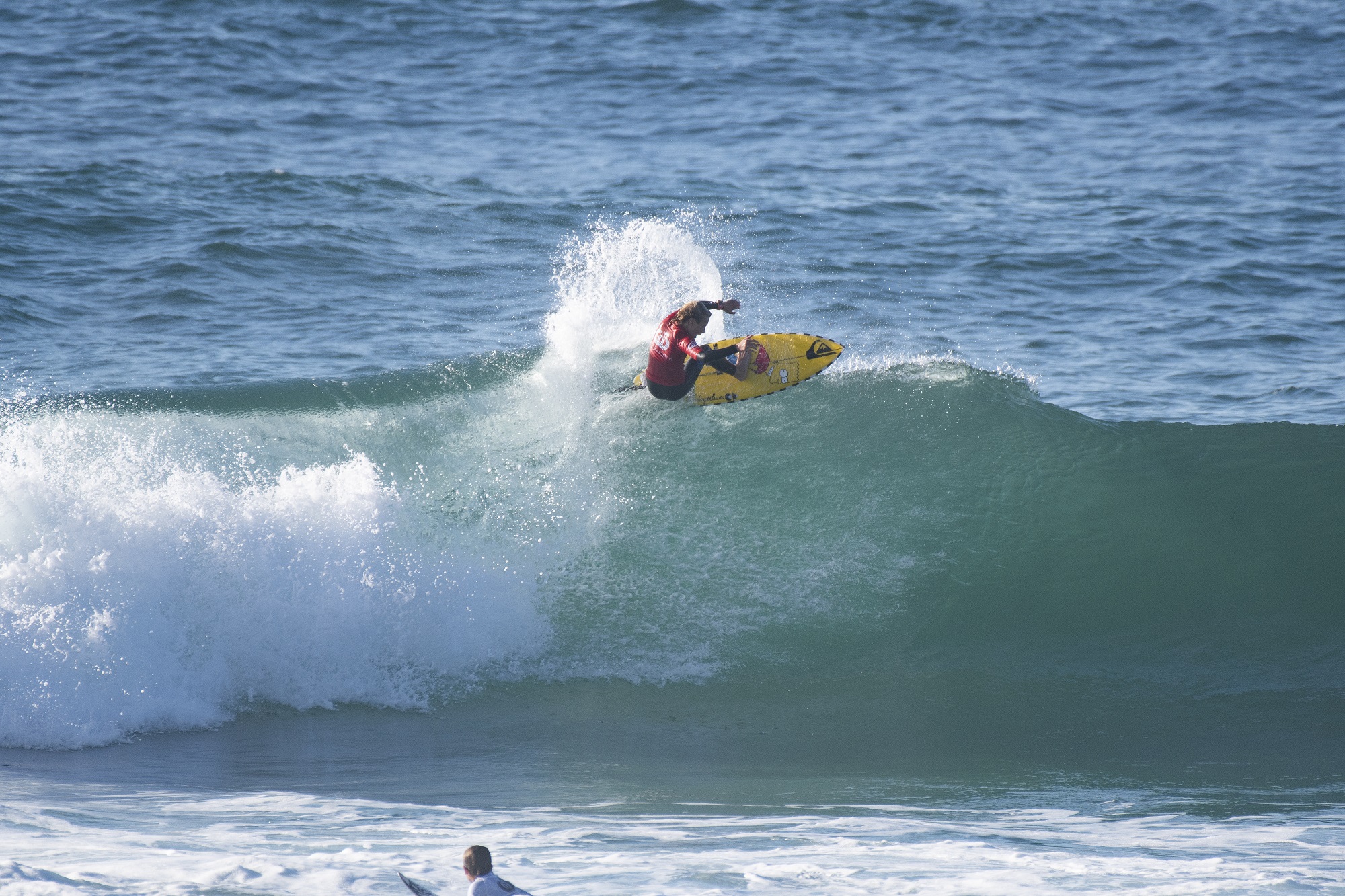 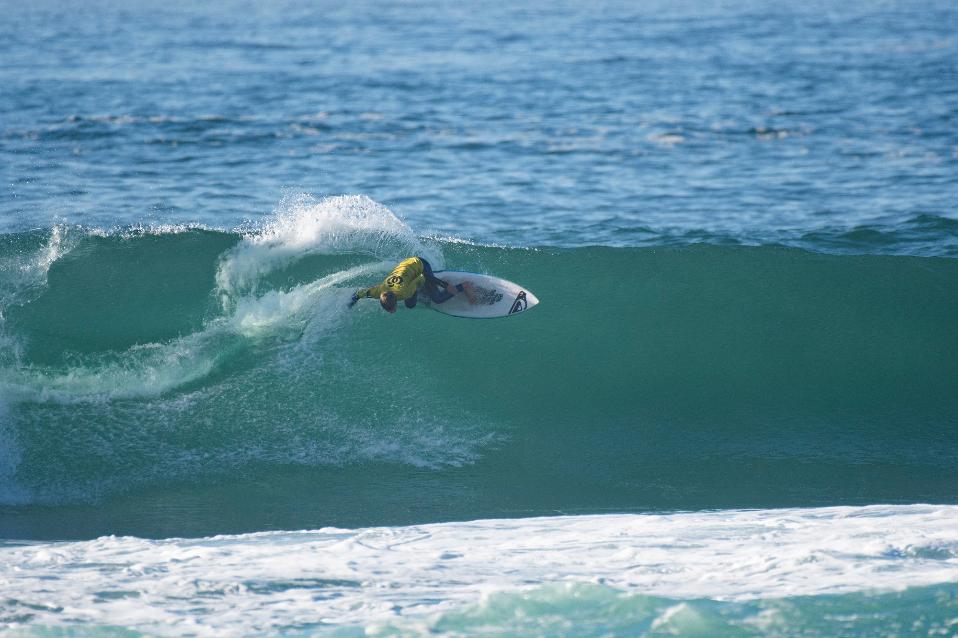 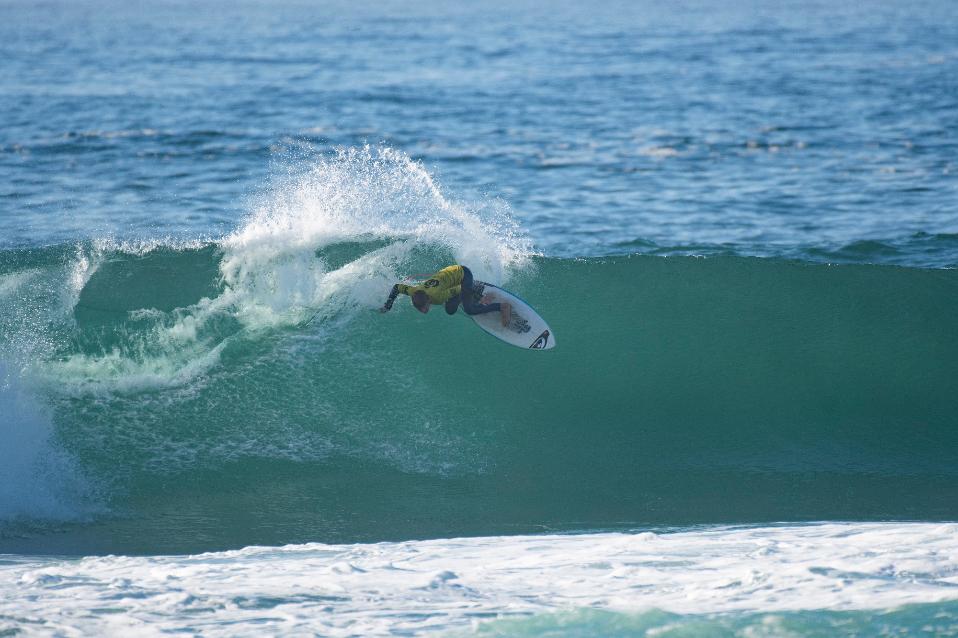 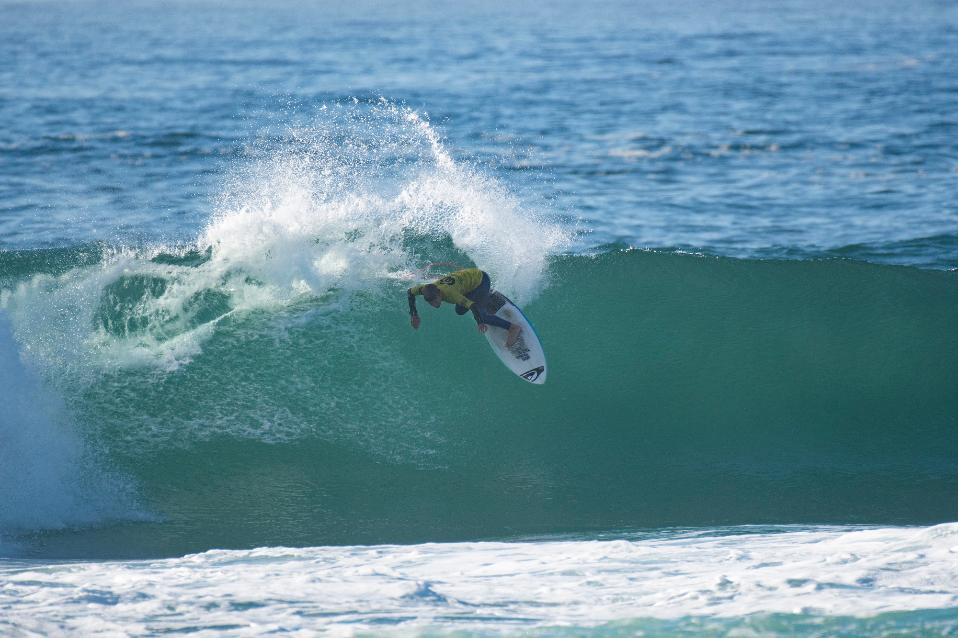 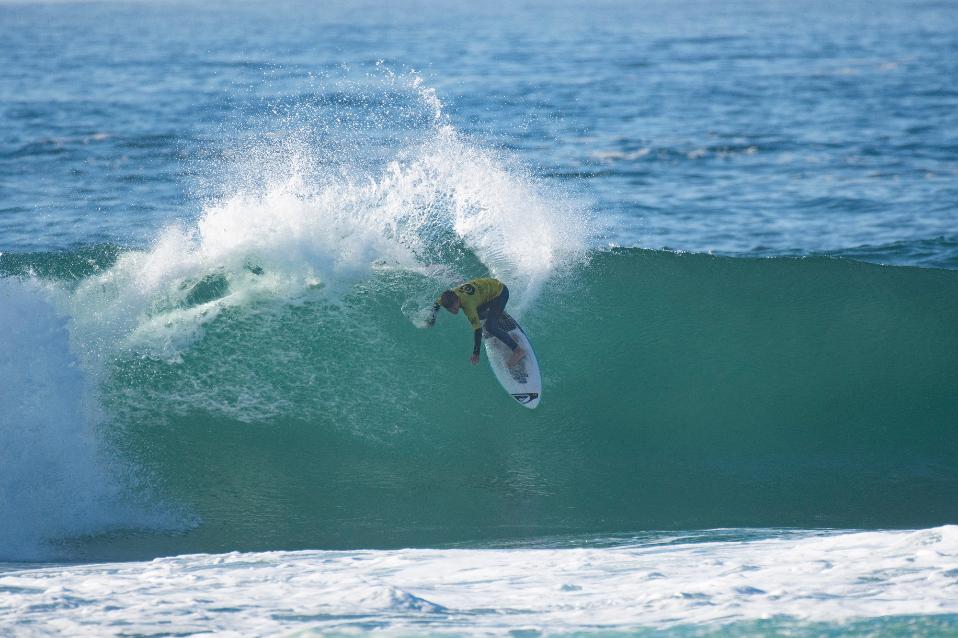 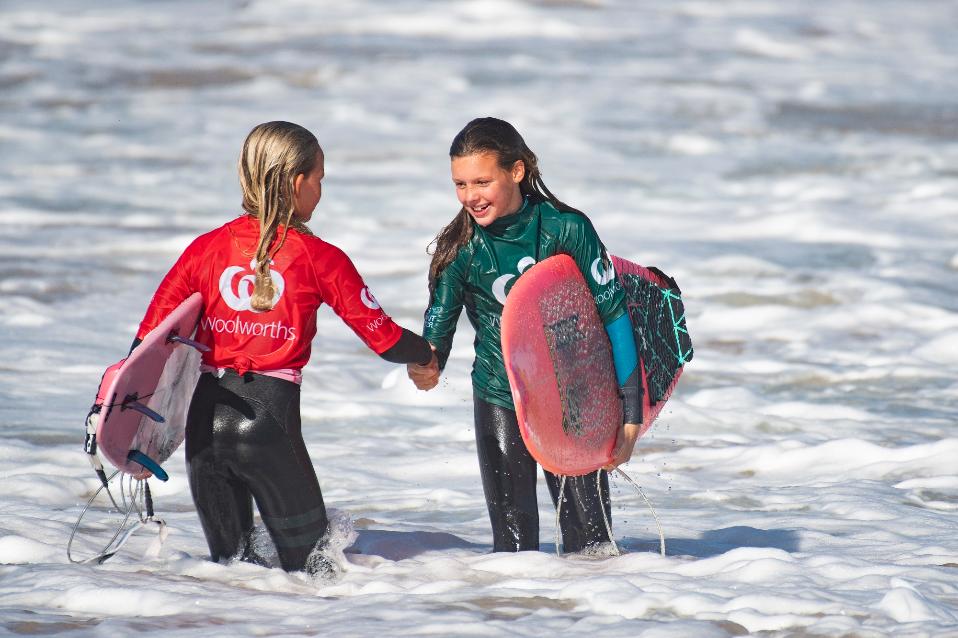