The Time of Ngoonungi - Murrai'yunggory — cool, getting warmer (September-October) in the D'harawal calendar of Indigenous Weather Knowledge begins this week.  This is the time of the gathering of the flying foxes. A magical time of the year when the flying foxes gather in the darkening skies over D'harawal Lands. They come in from the north-east, the north, the north-west and the west, and swirl over the Sydney area in a wonderful, sky-dancing display just after sunset, before setting off for the night-time feeding grounds to the south.

It is also a very important ceremonial time for the D'harawals, which begins with the appearance of the splashes of the bright red Miwa Gawaian (Telopea speciosissima - waratah) in the bushland.

Residents do not state where they have seen these glorious flowers as there are people who come to pick them and steal them for profit. Native plants are protected in New South Wales by the Biodiversity Conservation Act 2016 (BC Act). Under the BC Act it is an offence to pick, possess, buy or sell native plants listed in the Act for commercial purposes without a licence.

For those who rise early or stay outdoors late, the air is sweet at present because so many flowers are out in bloom. This week some more great images by Selena Griffith, Academic, Mother, Design Thinker, Innovator, Entrepreneur and Gardener of all things, whose sustainable garden at Elanora Heights is a treasure trove of plants, fruits, vegetables and rare seeds.

photos by Selena Griffith - photographed in our area.

Waratah (Telopea) is an Australian-endemic genus of five species of large shrubs or small trees, native to the southeastern parts of Australia (New South Wales, Victoria and Tasmania). The most well-known species in this genus is Telopea speciosissima, which has bright red flowers and is the NSW state emblem. 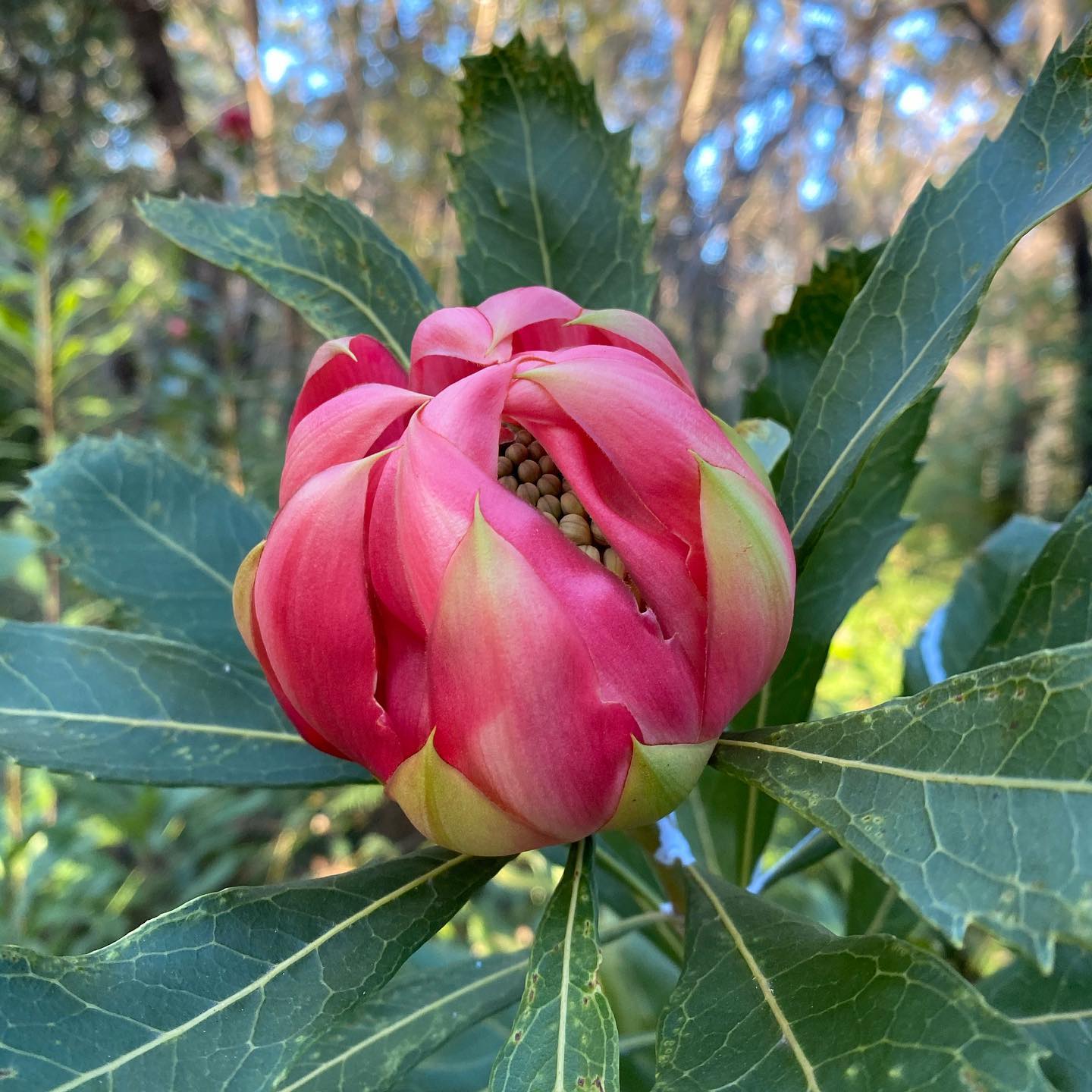 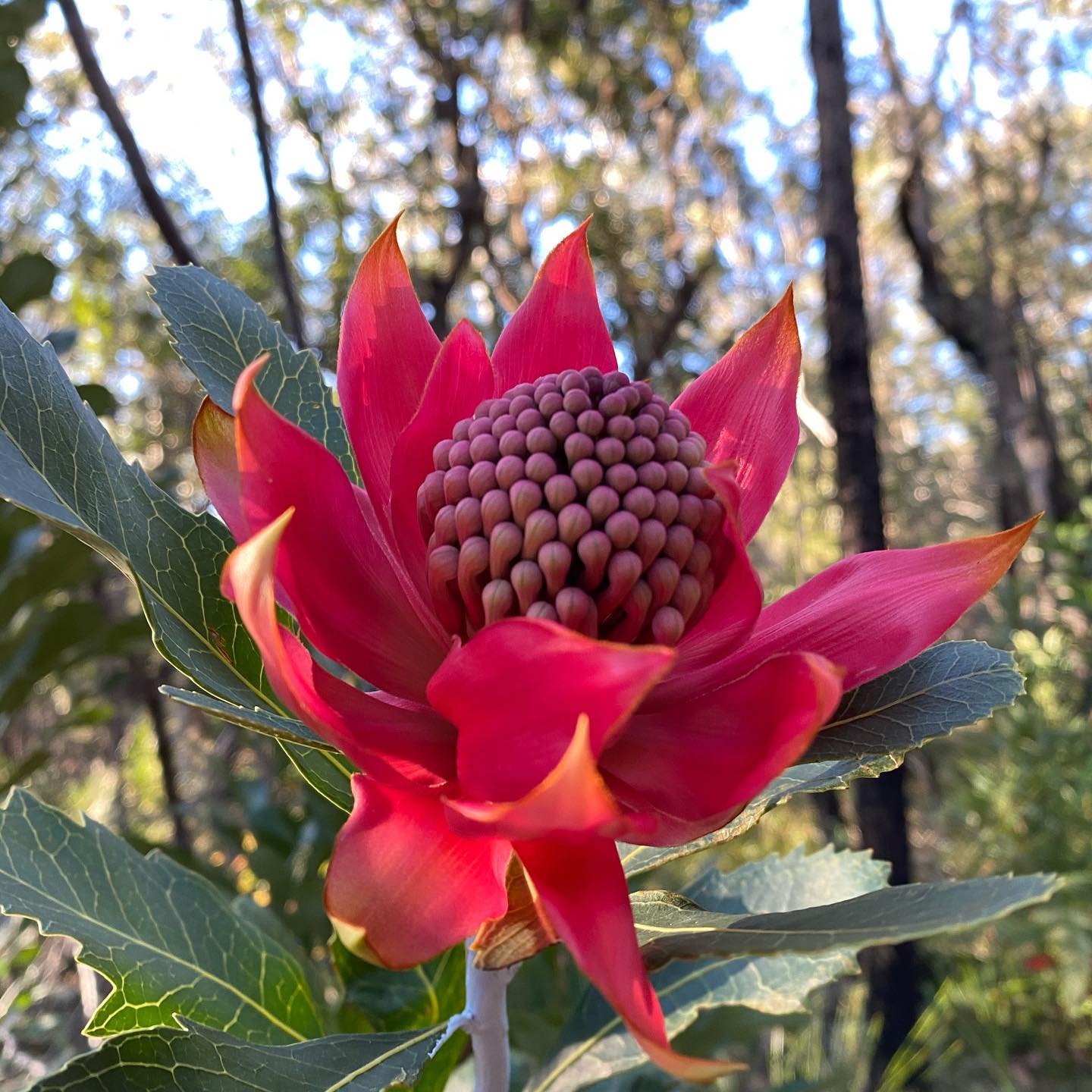 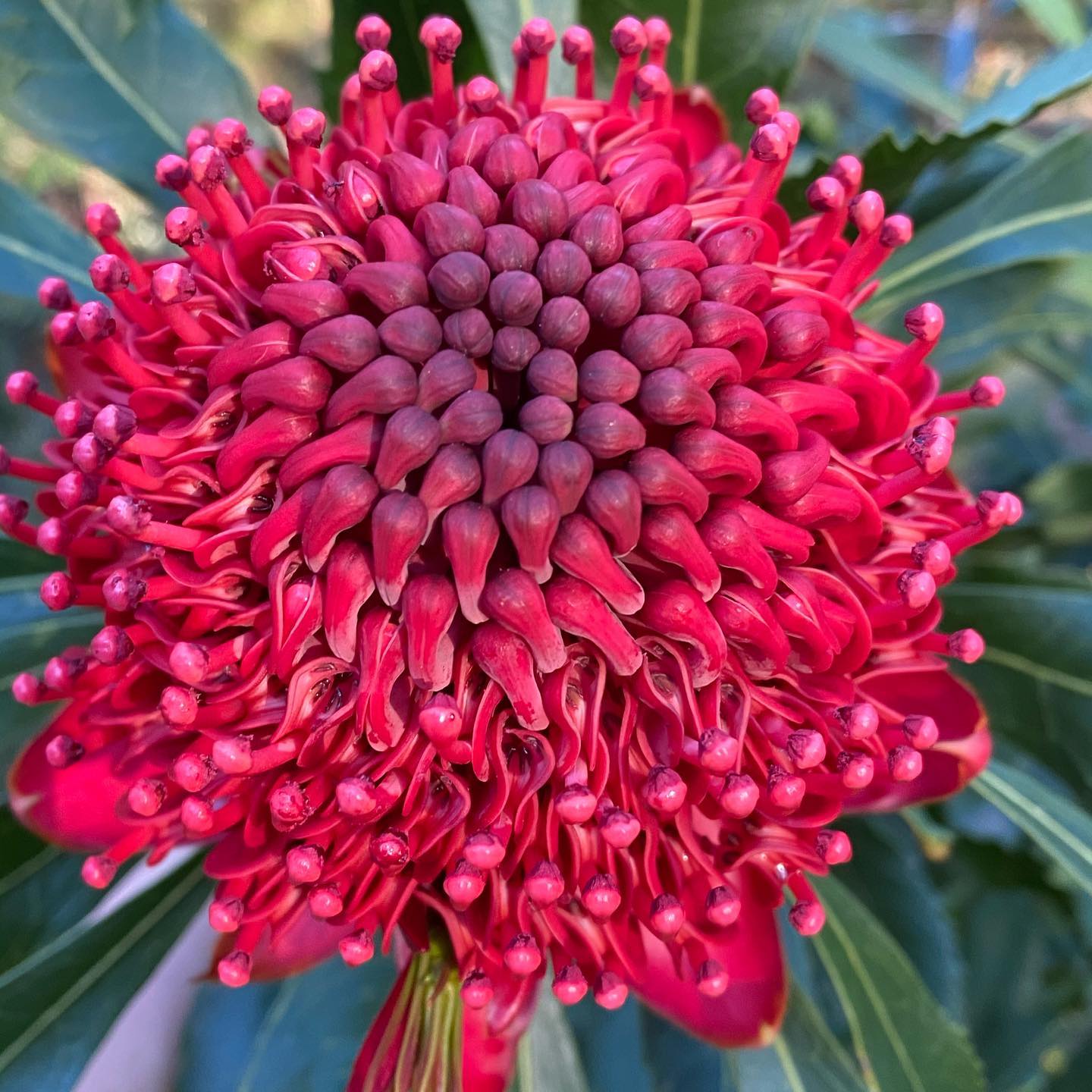 The genus Patersonia includes about twenty species of small strap-leaf plants resembling the exotic iris whose family, Iridaceae, is not well represented in Australia. As a result members of the genus Patersonia are frequently referred to as native iris or flag. P. longifolia occurs on the coast and adjacent sandstone plateaus from near Sydney to eastern Victoria. It forms a small clump with flower stalks only 15 cm long and is useful as a rockery plant for damp, semi-shaded situations. - Australian National Herbarium. 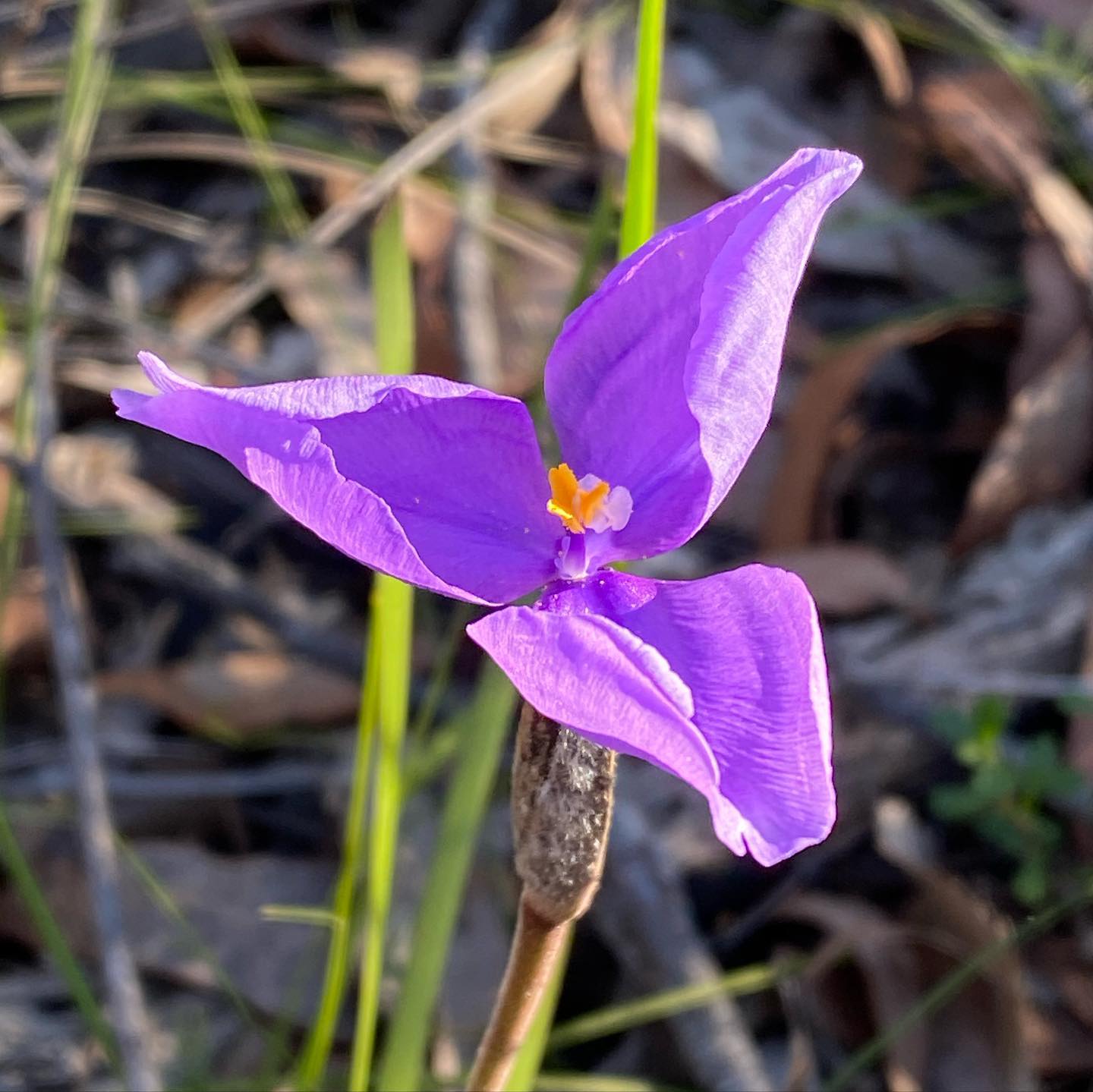 Some more Purple and Purple-Pink Gloriousness: 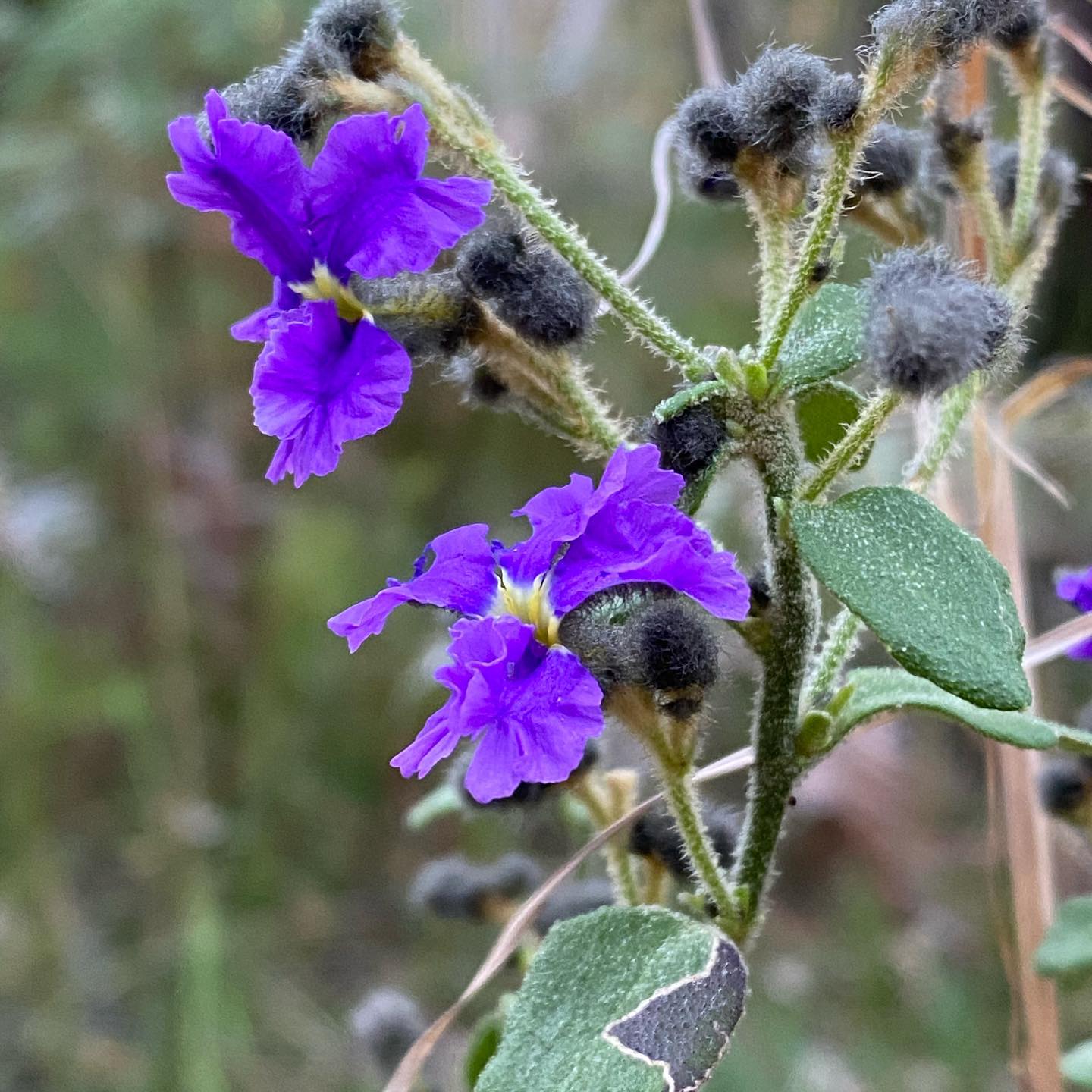 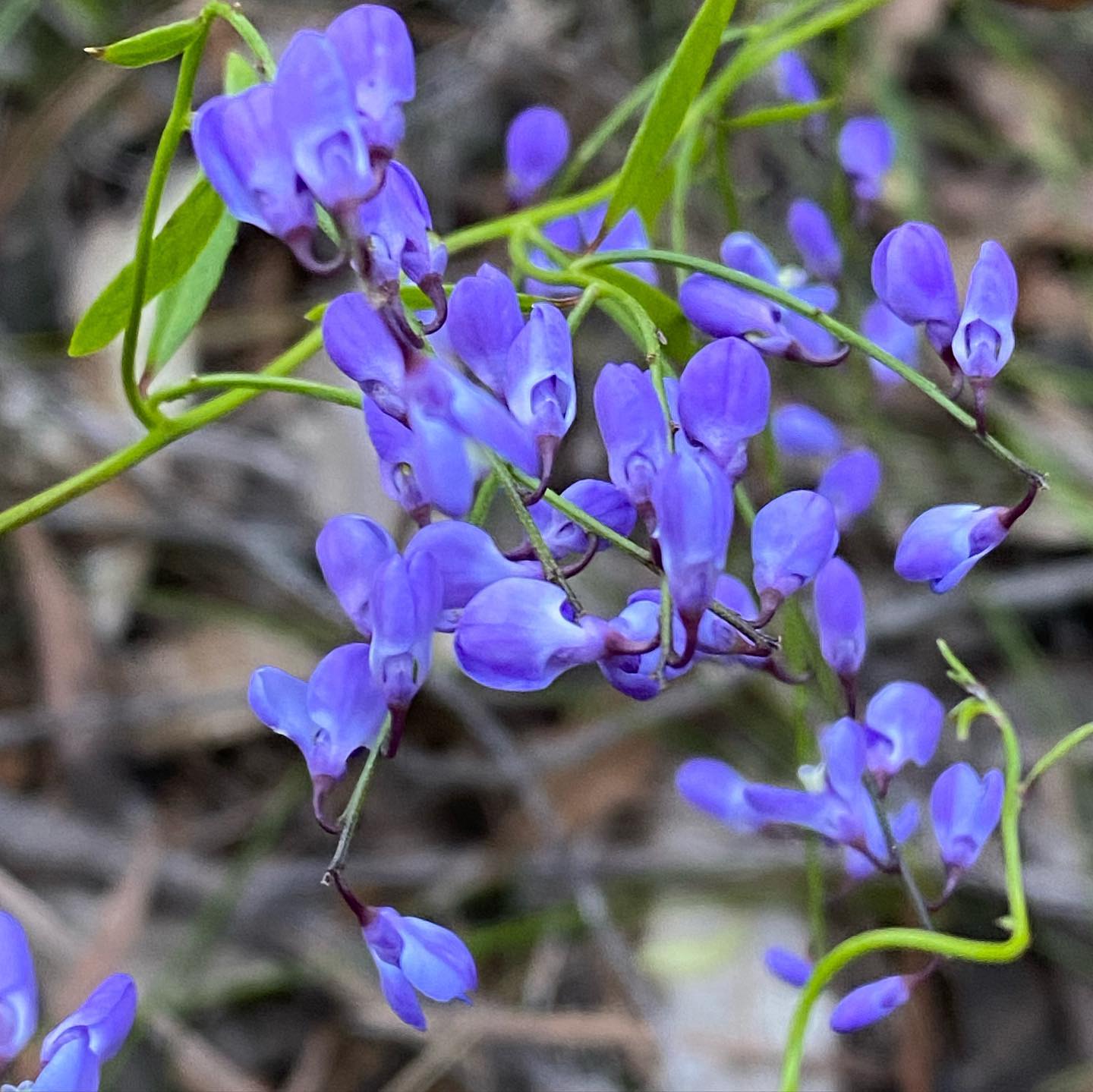 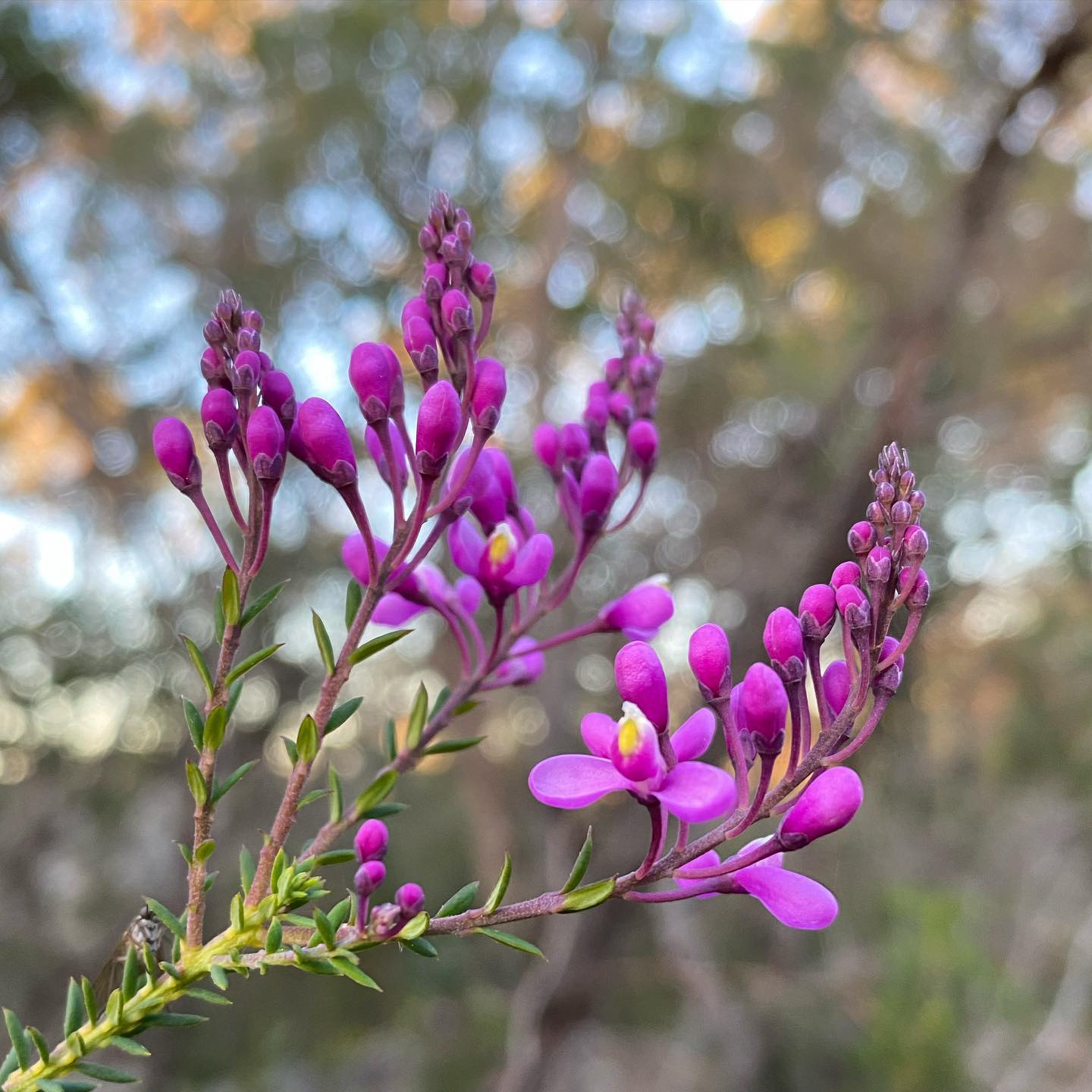 Persoonia is a genus of about one hundred species of shrubs and small trees in the subfamily Persoonioideae in the large and diverse plant family Proteaceae. In the eastern states of Australia, they are commonly known as geebungs. People have used the bark to make a red dye. 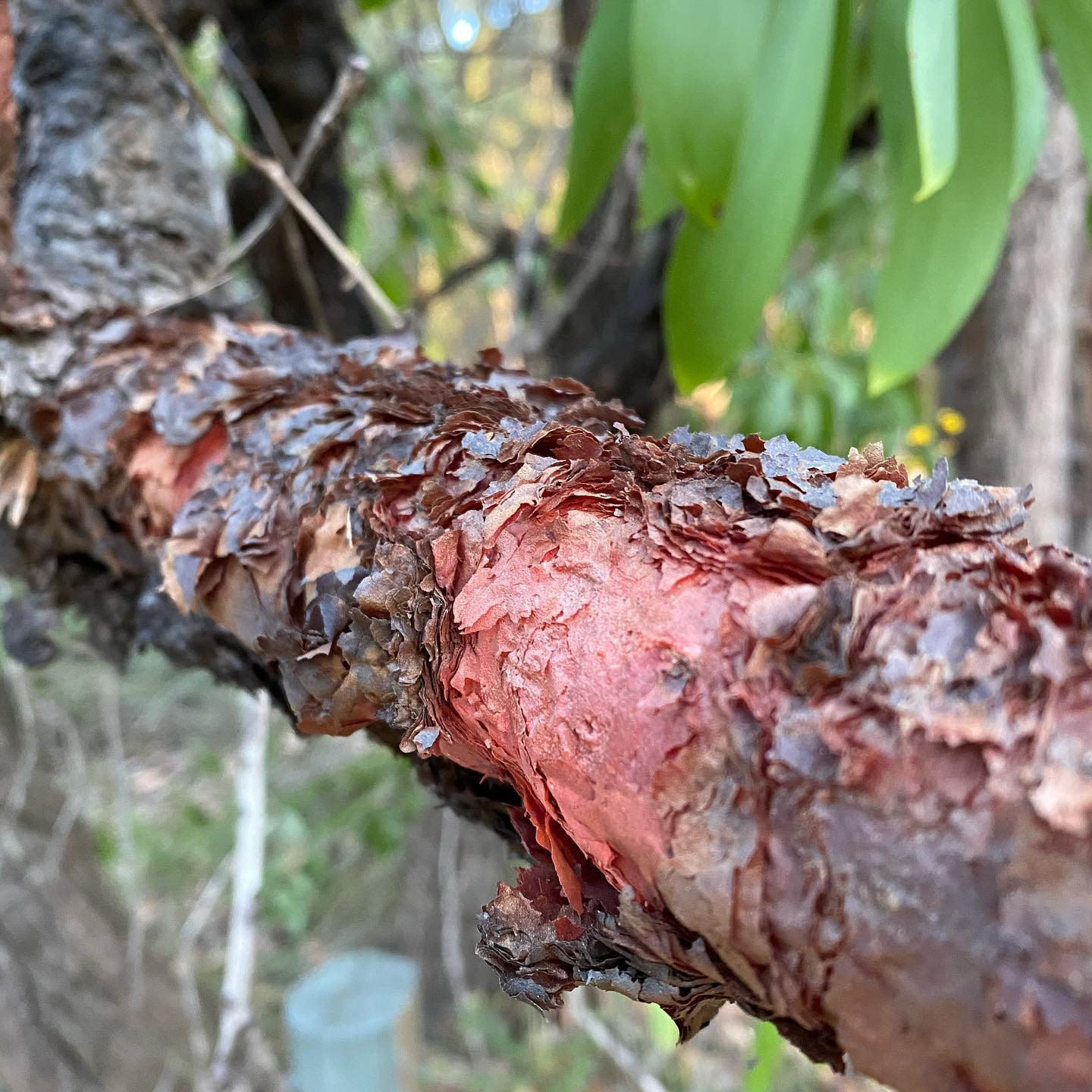 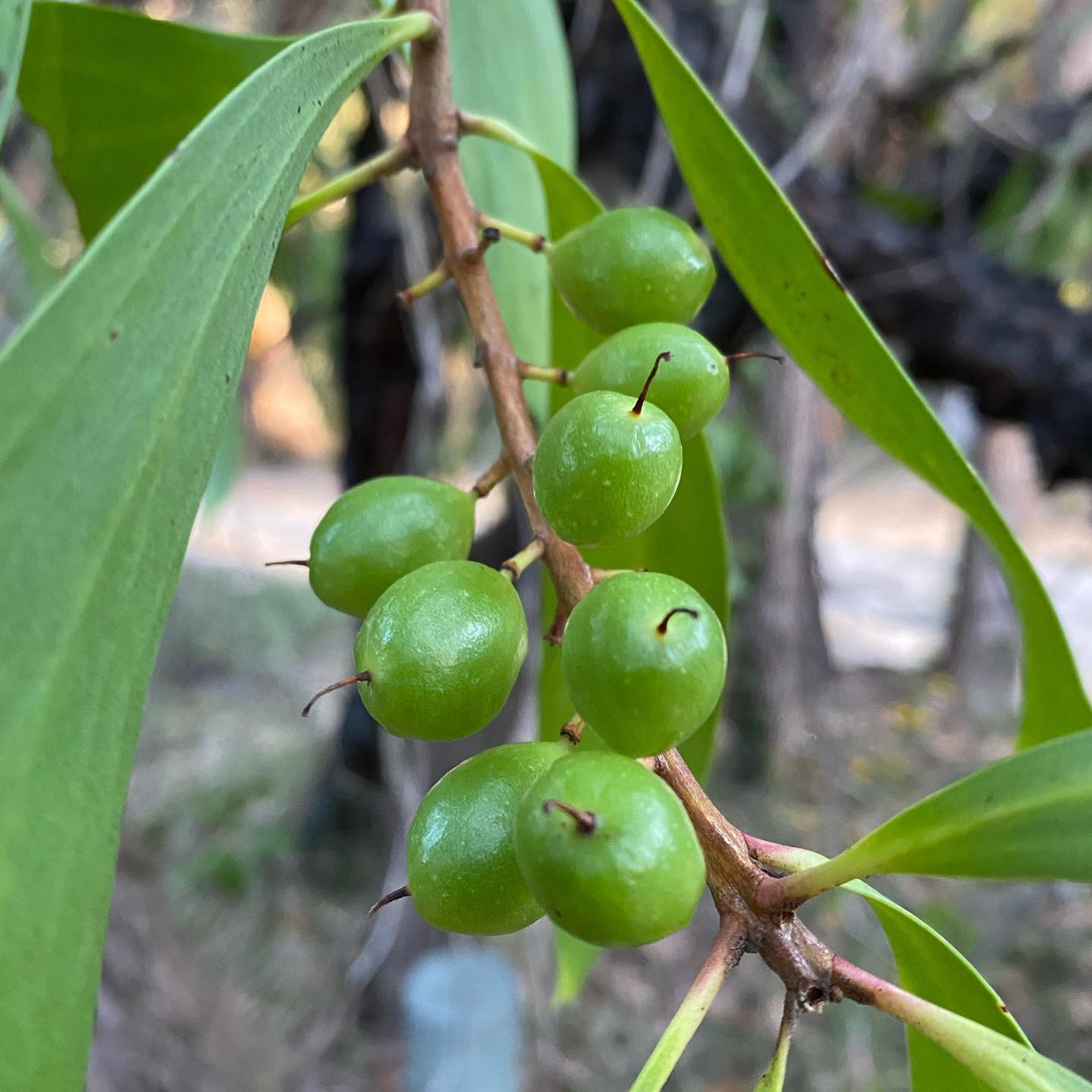 Boronia is a genus of about 160 species of flowering plants in the citrus family Rutaceae. Most are endemic to Australia. The genus Boronia was first formally described in 1798 by James Edward Smith and the description was published in Tracts Relating to Natural History. The name Boronia honours Francesco Borone (1769 - 1794), Italian naturalist and plant collector, who assisted John Sibthorp in Greece and Turkey, Adam Afzelius in Sierra Leone and James Edward Smith during his European tour in 1787. They occur in all Australian states but the genus is under review and a number of species are yet to be described or have the description published. Boronias are similar to familiar plants in the genera Zieria, Eriostemon and Correa but can be distinguished from them by the number of petals or stamens. Some species have a distinctive fragrance and are popular garden plants. 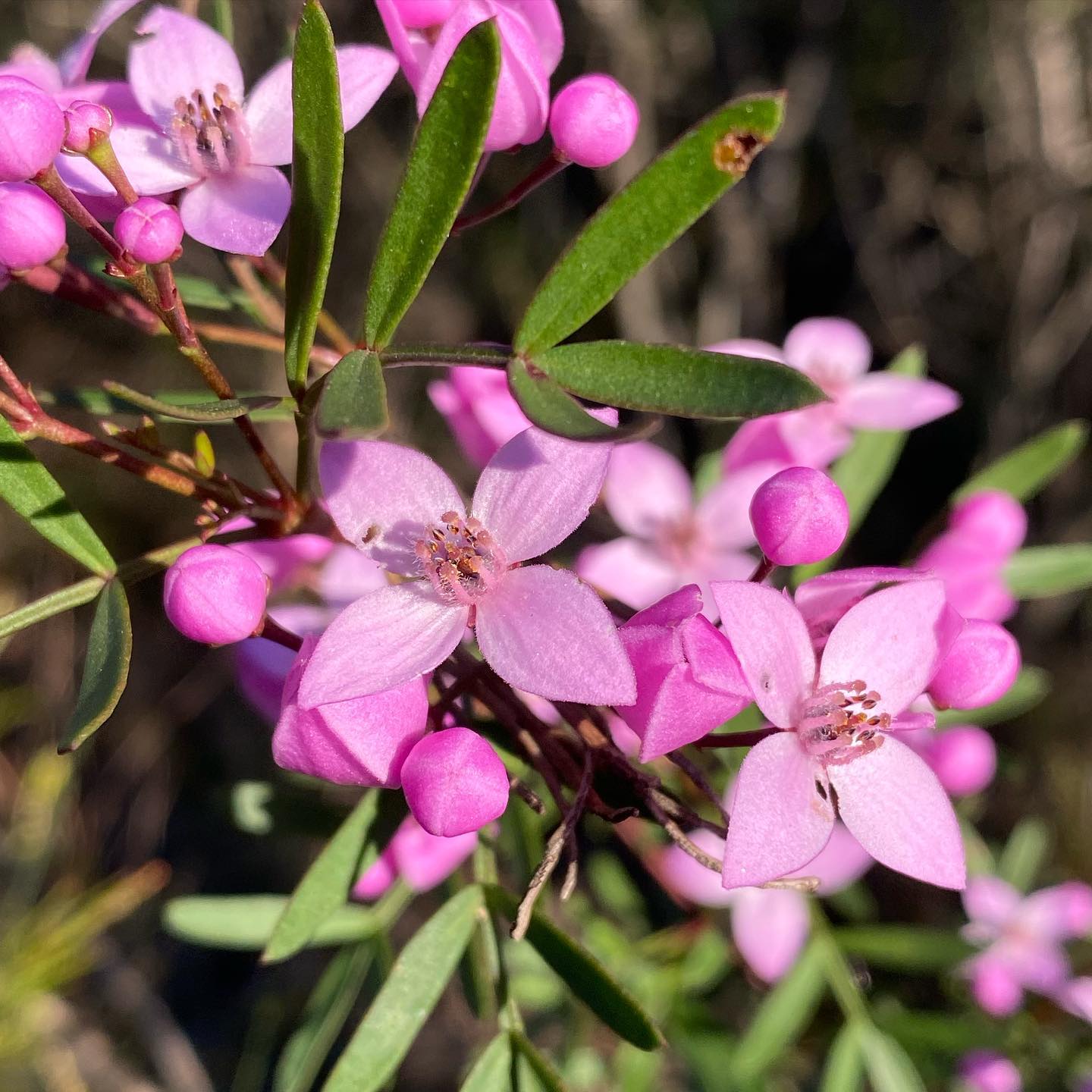 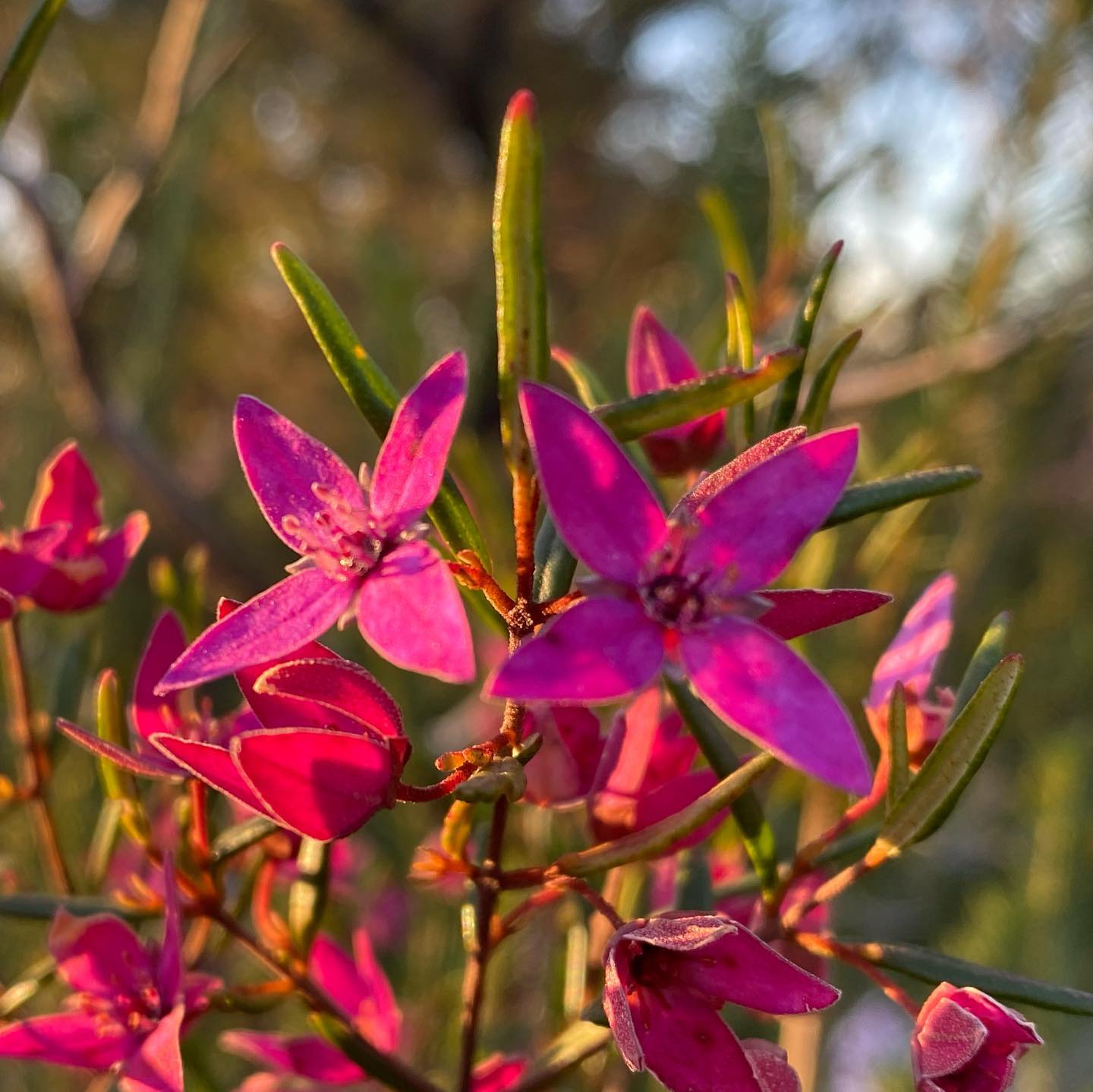 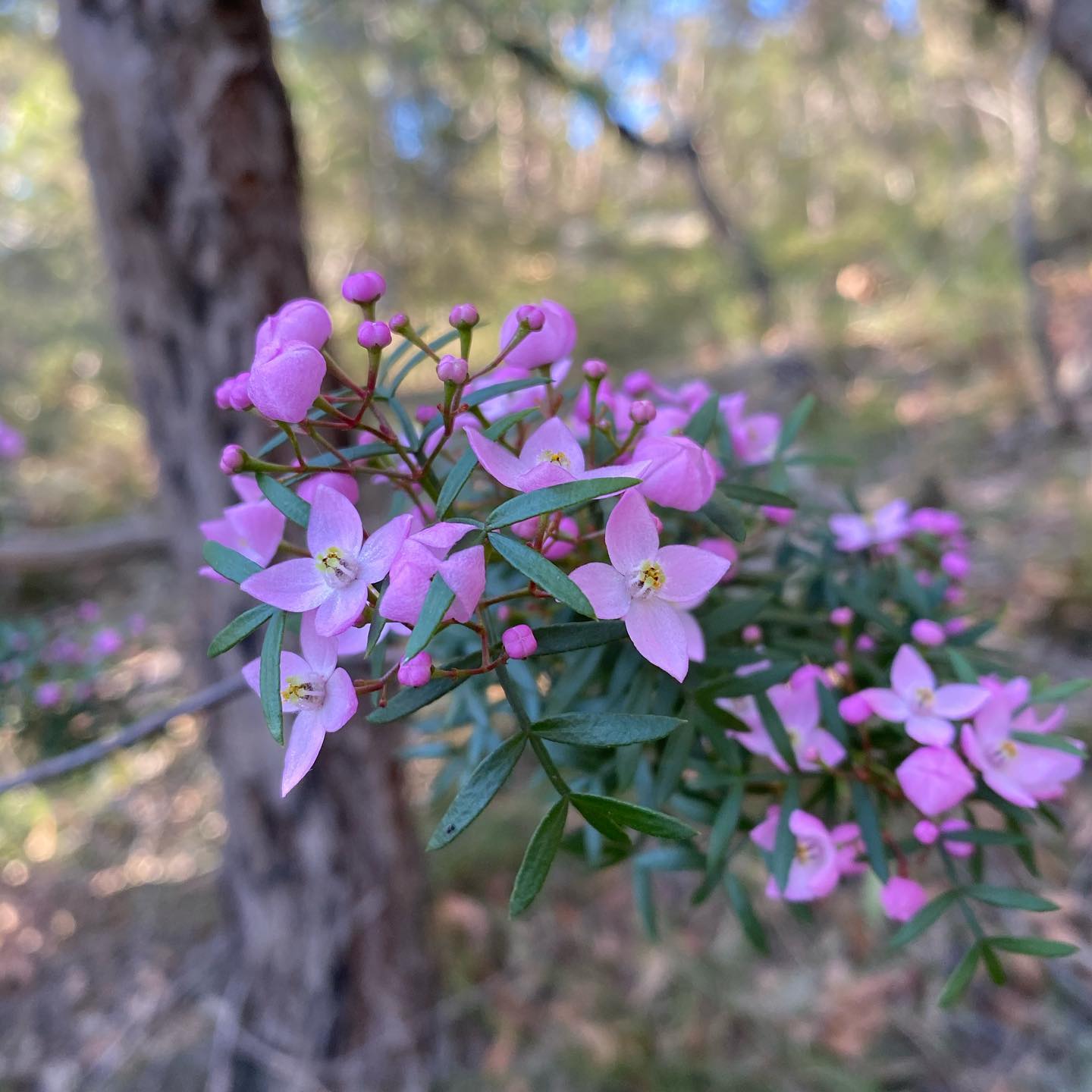 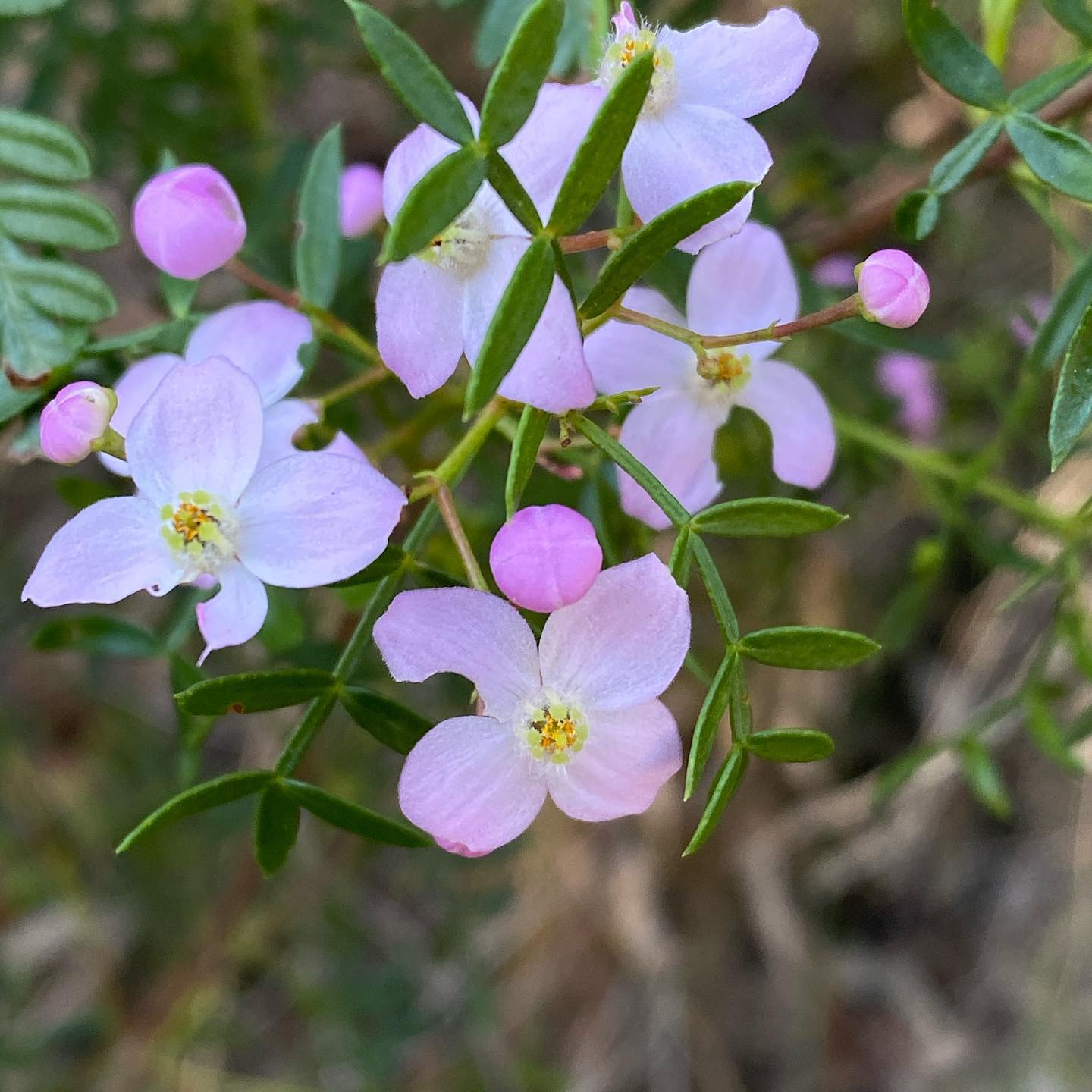 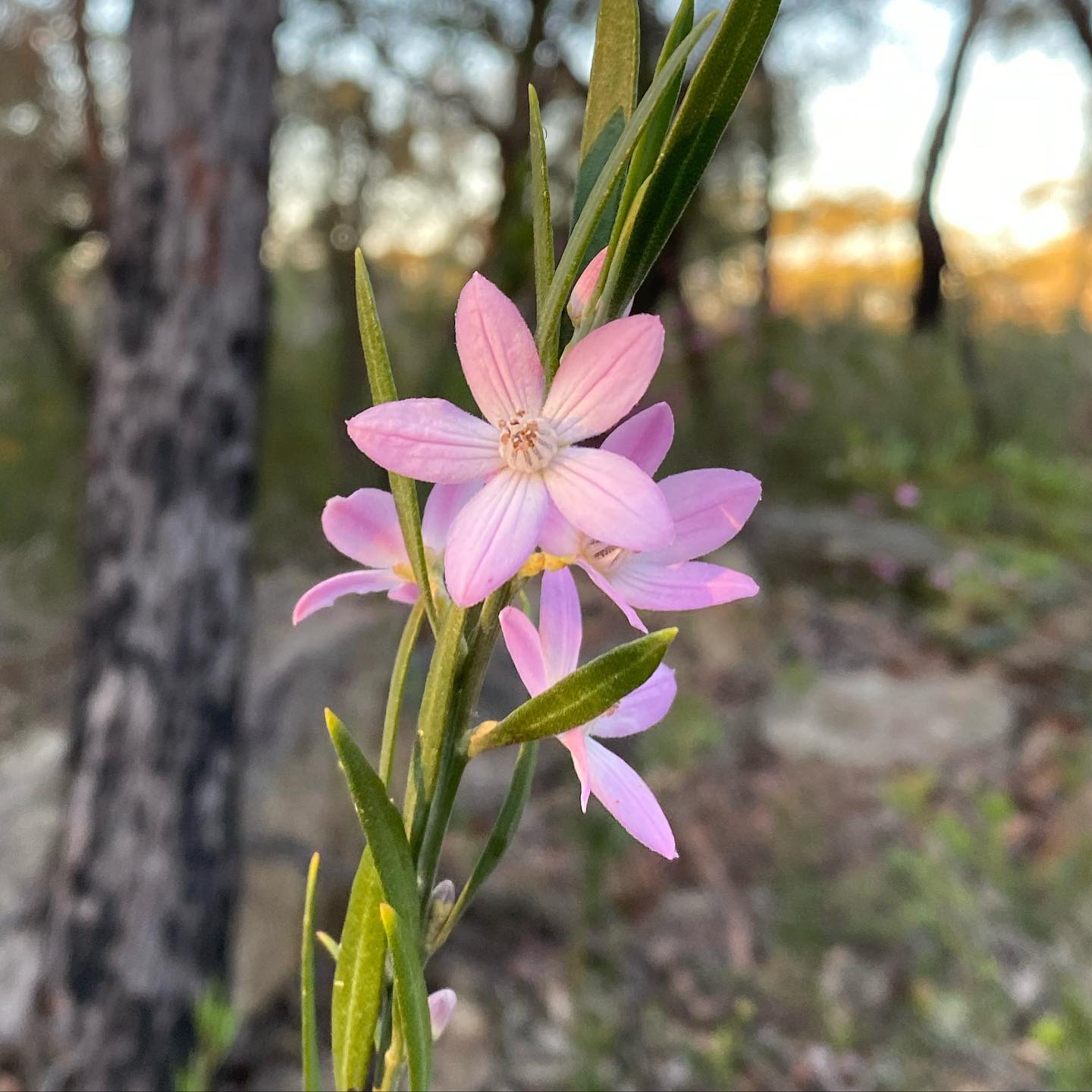 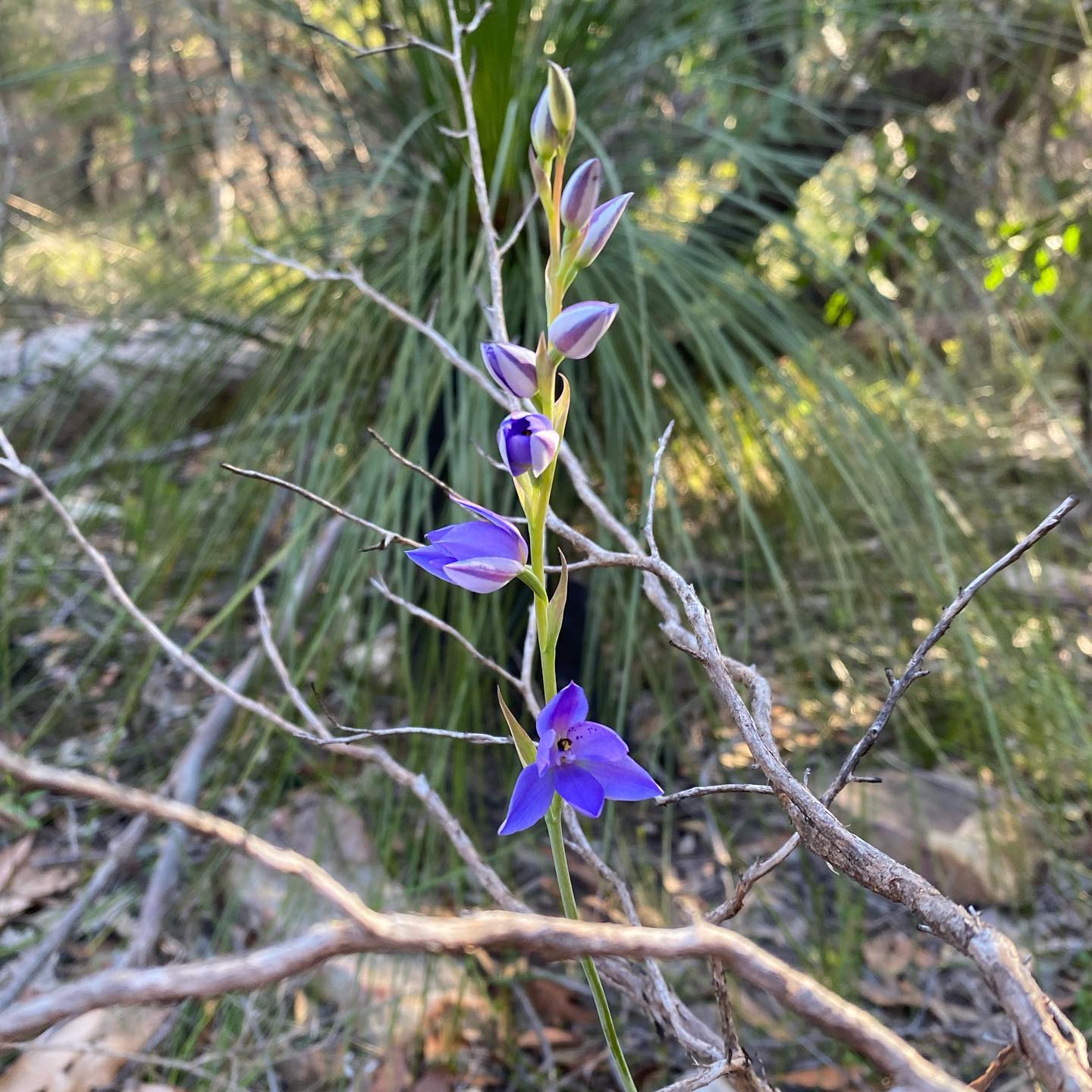 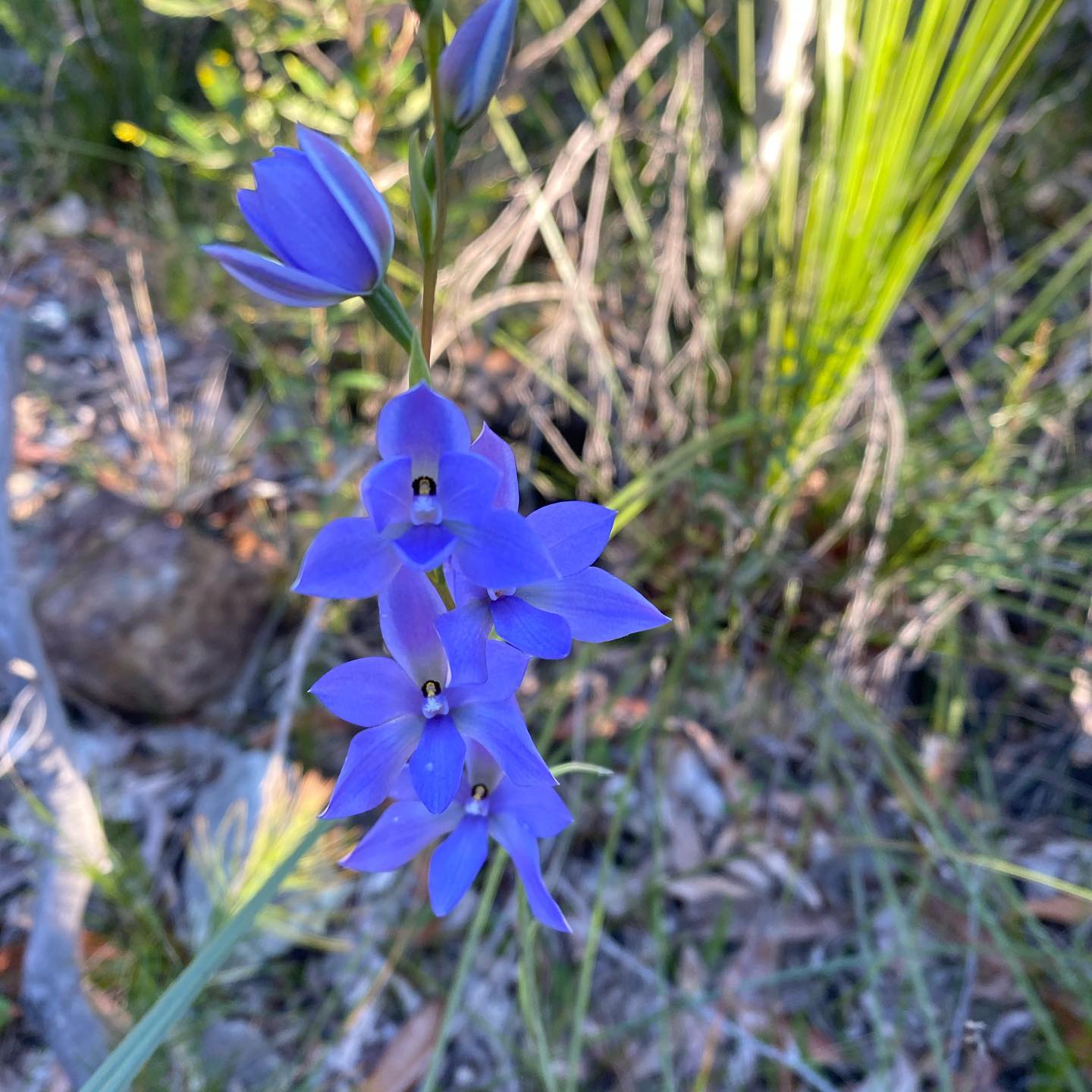 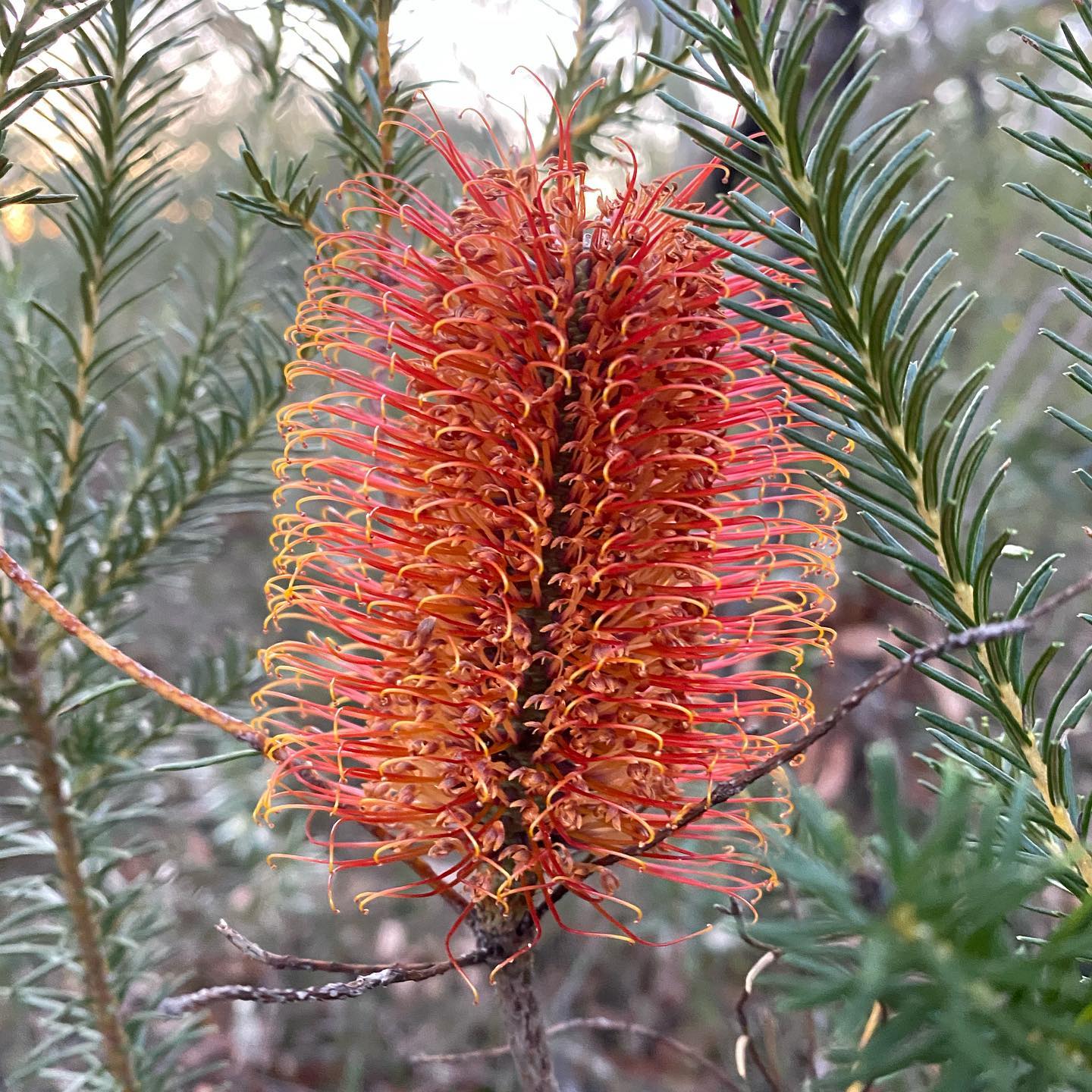 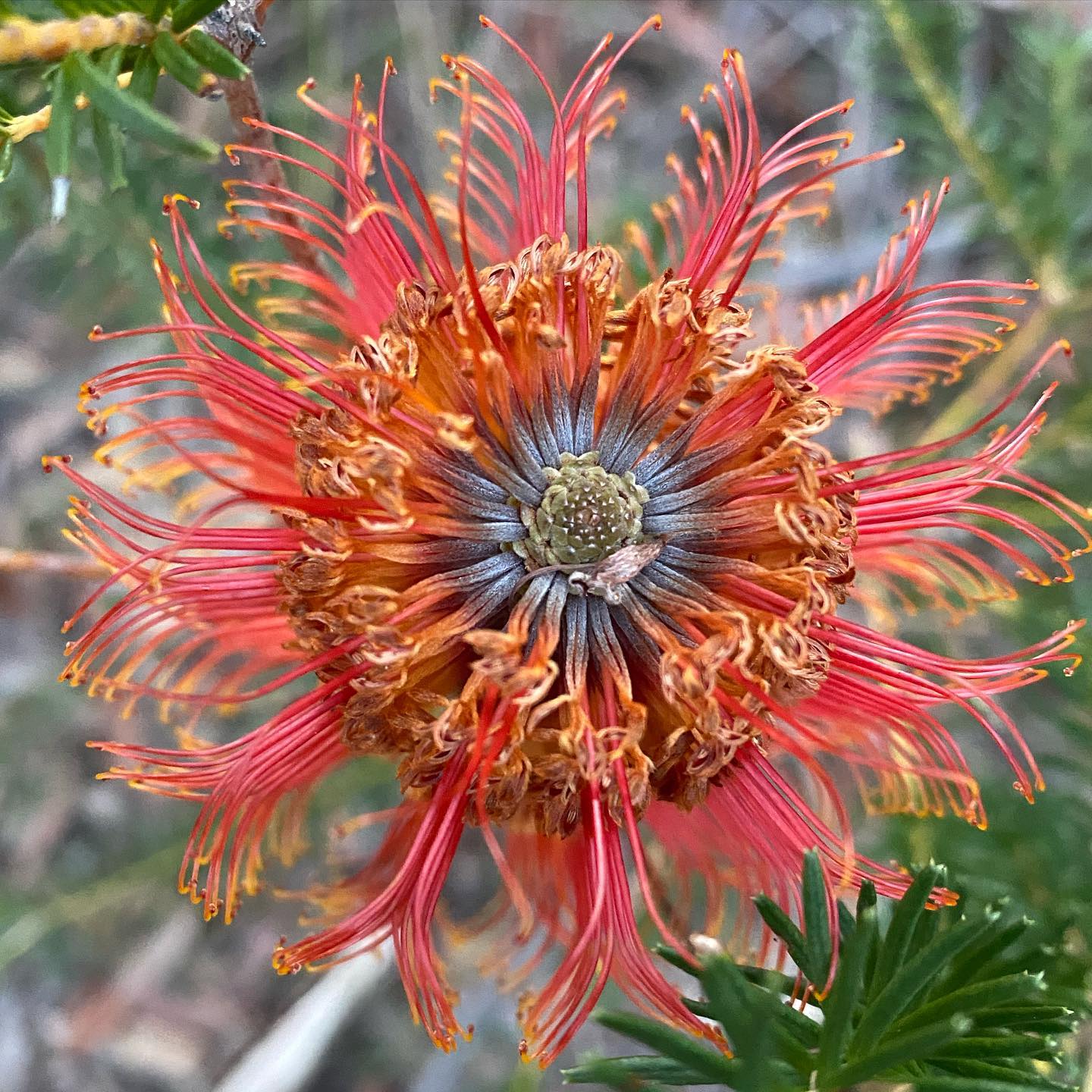 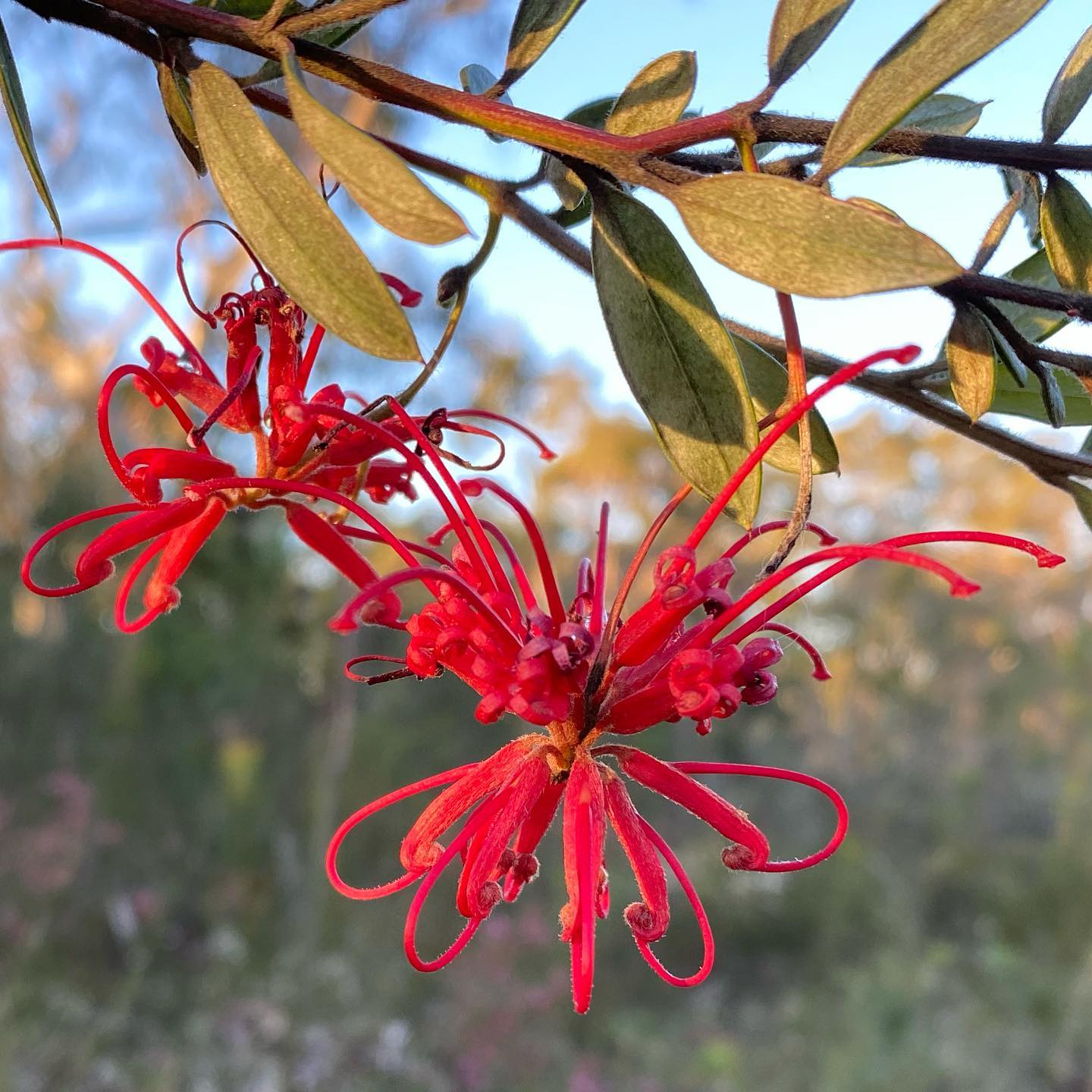 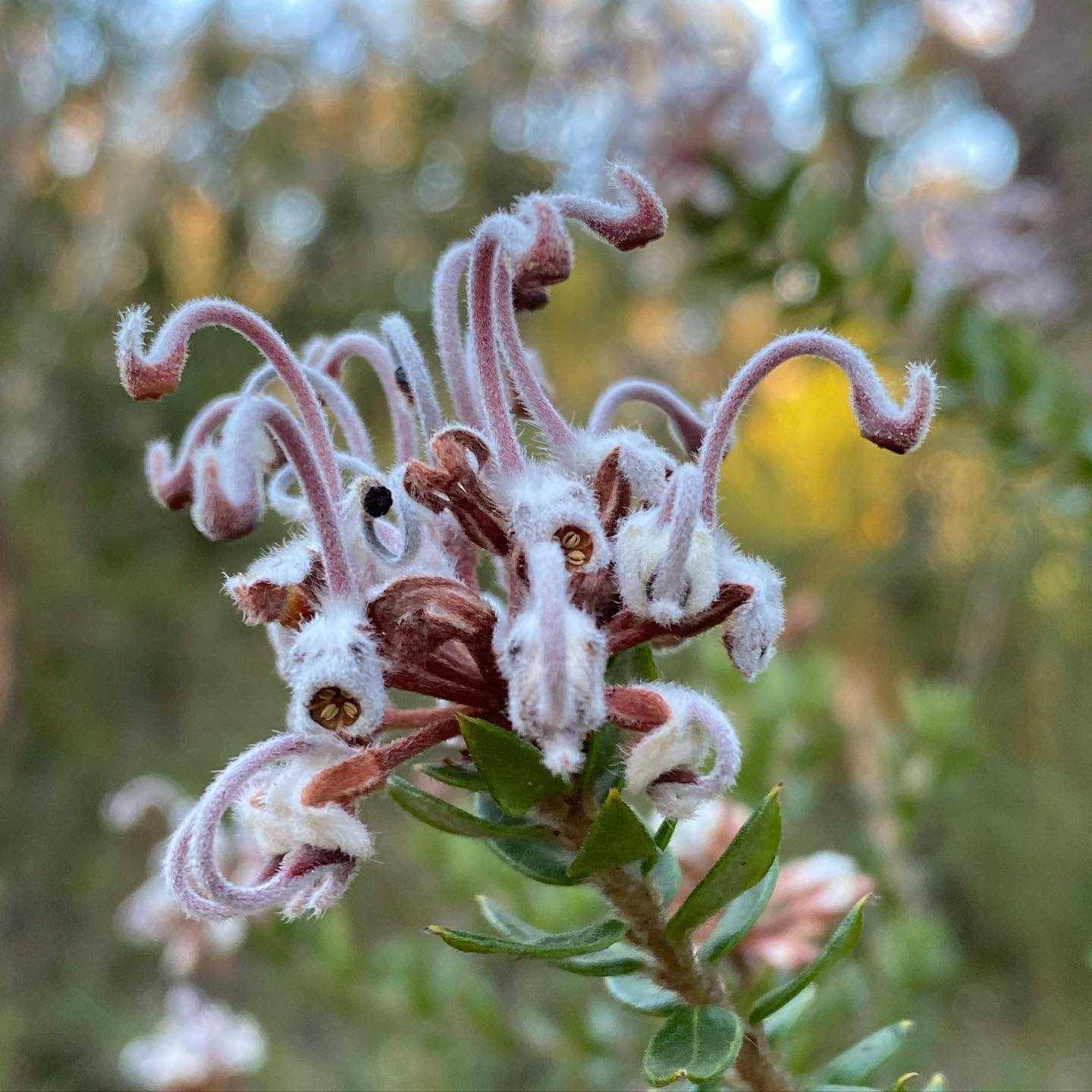 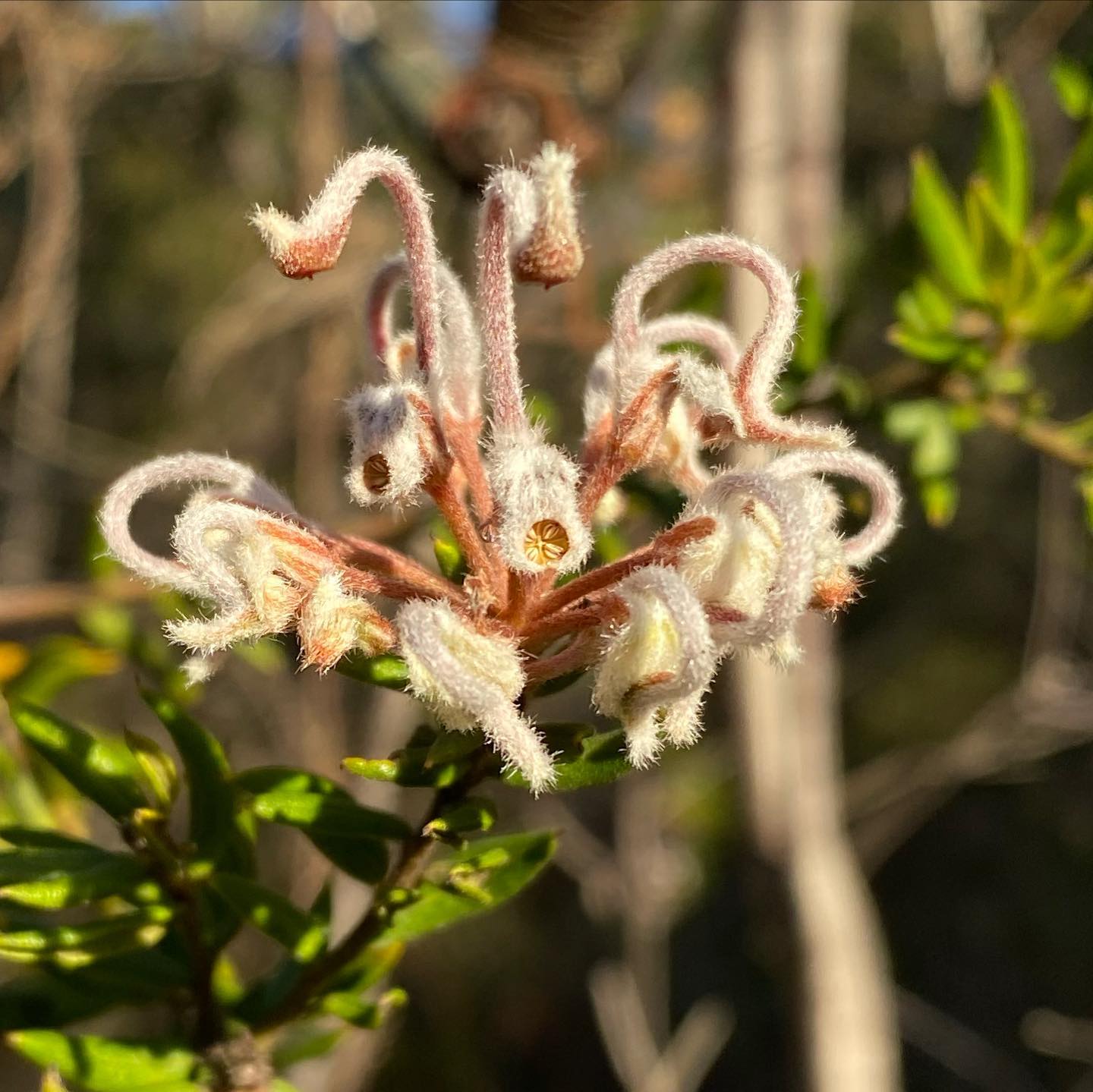 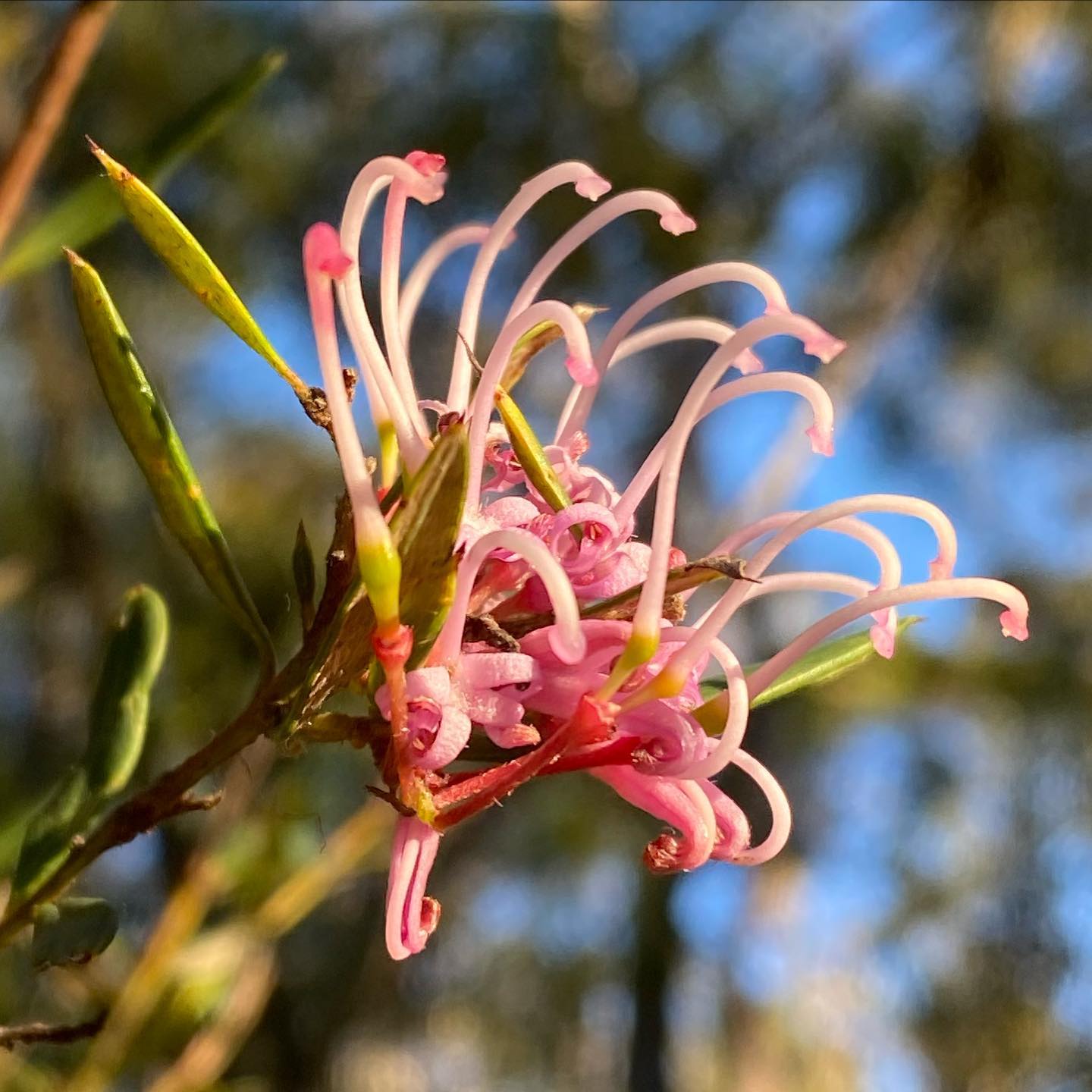 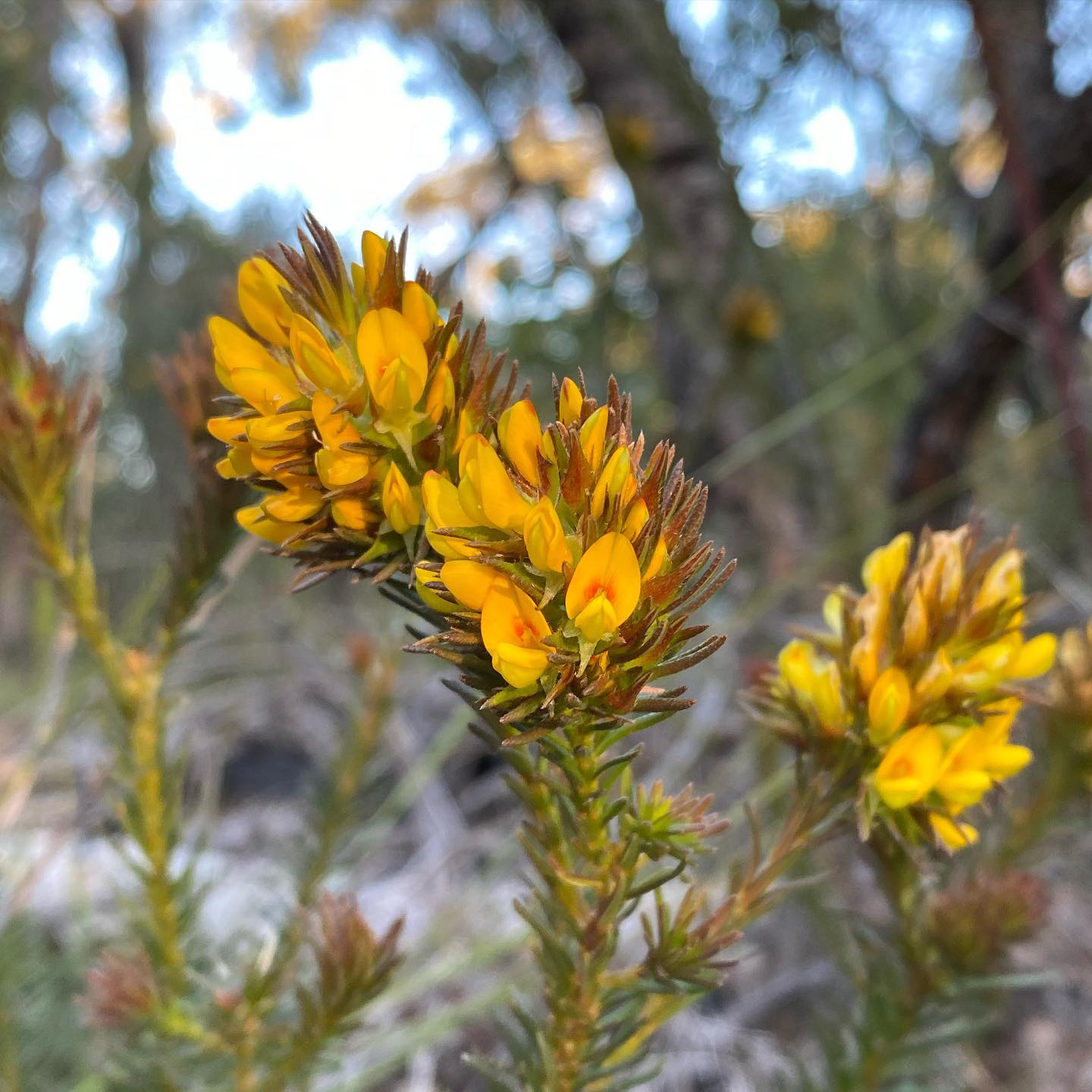 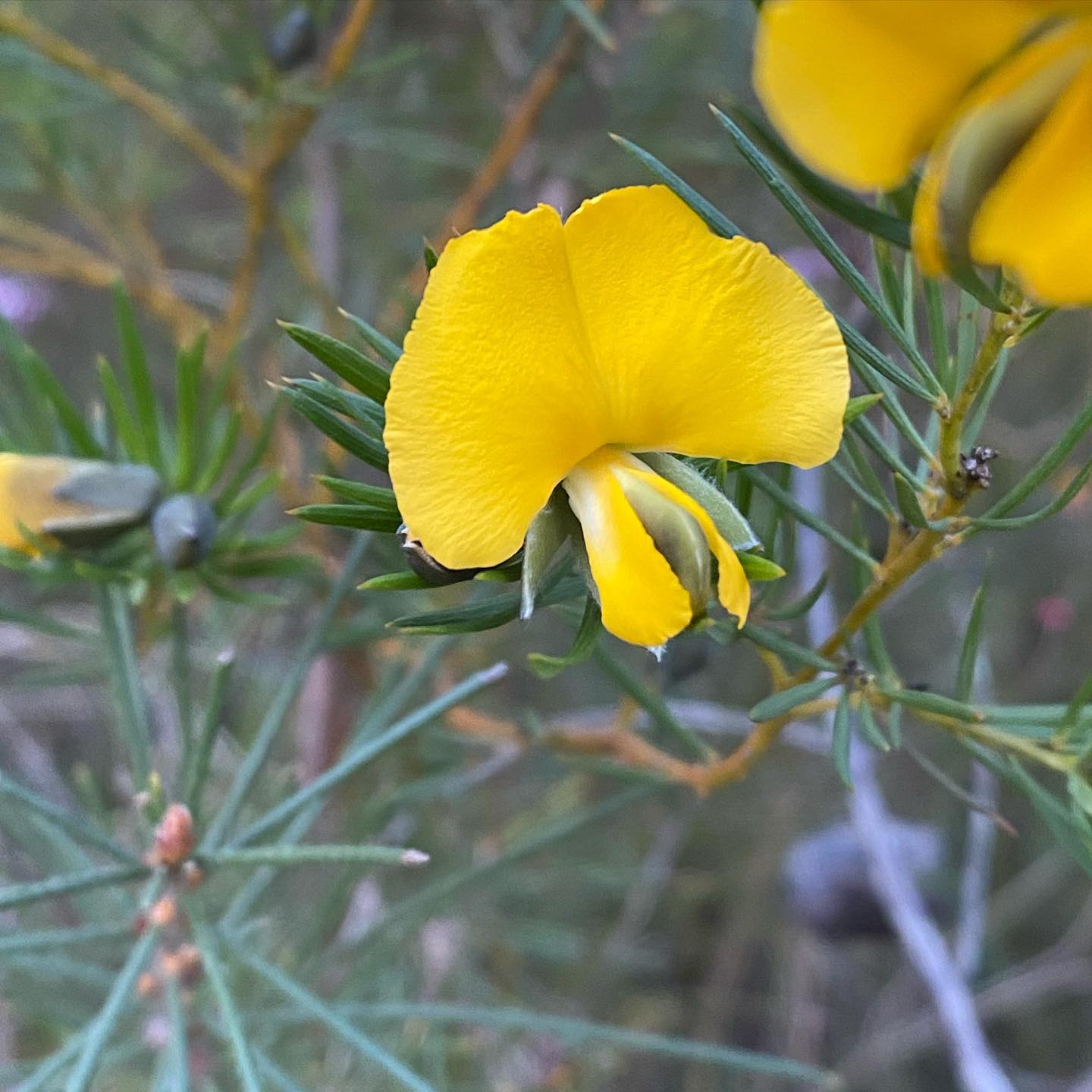 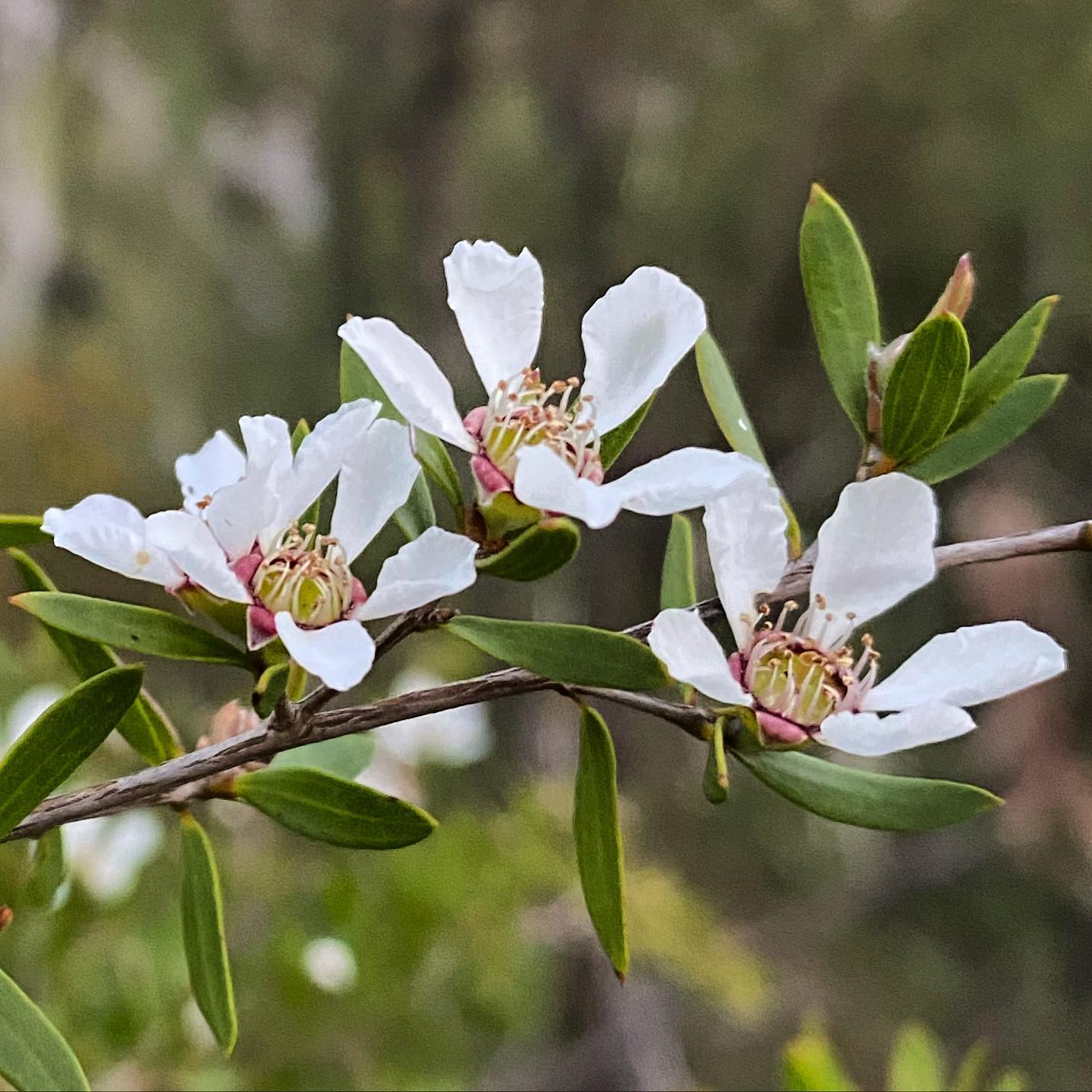 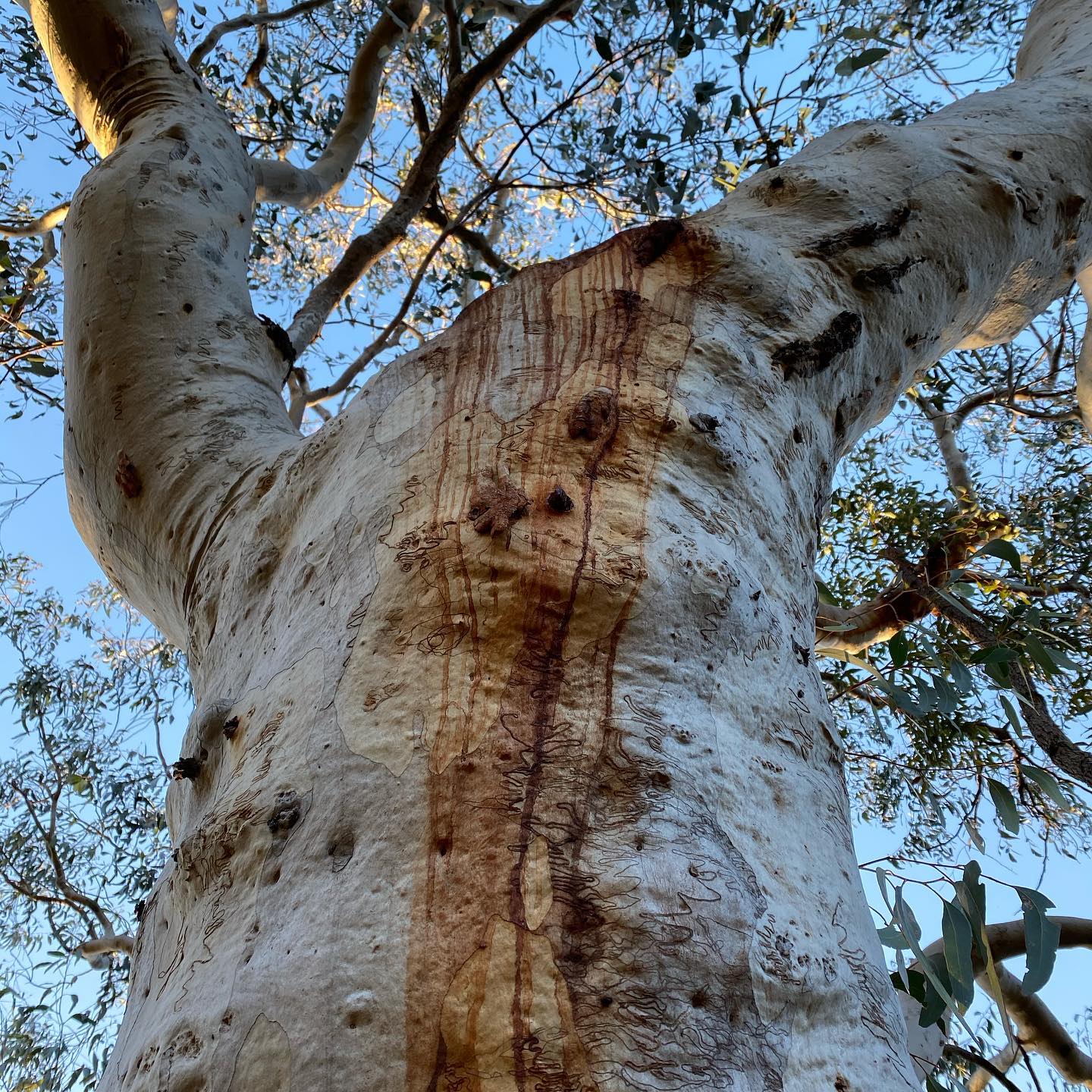