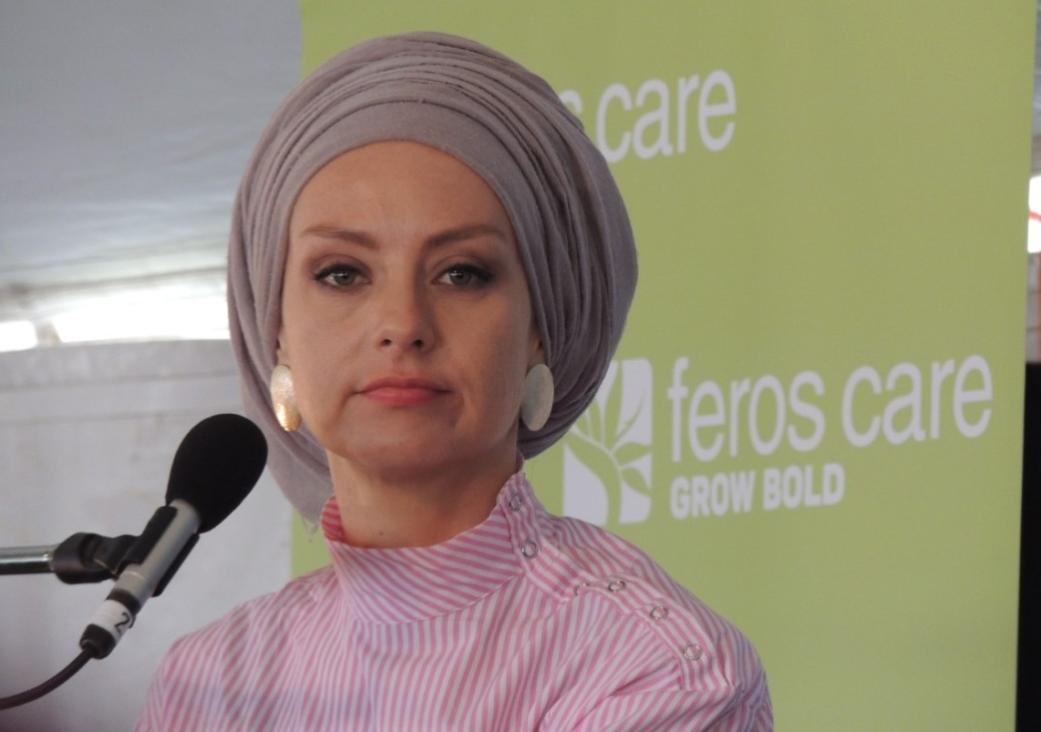 By Robyn McWilliam
Byron Bay’s 21st Writers’ Festival in August is a cornucopia of ideas. Festival Director, Edwina Johnson, gathers 130 writers and thinkers to stimulate our minds.
It’s great to arrive a day or so before to settle into the ambiance. With a colleague, I walk the scenic path to the lighthouse on Australia’s most easterly point. Byron is dominated by its beach, surfers and spiky pandanus palms.
On the festival site, a vibrant moving sculpture, Anne Leon’s Fabulous Flying Fish, begins the entertainment. Then it’s across the paddock, past the aroma of coffee to find a seat in the marquee of choice.
Anne Leon’s Fabulous Flying Fish
Jimmy Barnes in conversation with Mandy Nolan is the first star event. They discuss his memoir, Working Class Boy. From Glasgow to the violent gangs in Adelaide, Jimmy’s journey to joining Cold Chisel at 16 is one of survival.
Another highlight on day one is Julia Baird’s tale of rediscovering Queen Victoria. She relates how this woman enjoyed her husband, Albert, then how as a widow stood up to the men around her.
Julia Baird.
Hannah Kent’s historical novel, The Good People, evokes the year 1825 when superstition in Ireland reigns. Have the fairies stolen a grandson replacing him with a changeling? Kent’s research took her to the folk museum in Dublin to explore further.
Hannah Kent.
A stand out articulate voice is Clementine Ford talking about her book, Fight Like a Girl. She represents new feminism in her campaign to reduce sexual violence against women.
Clementine Ford.
Sunny weather continues on Saturday; no need for my leopard print gum boots bought here last year. Ailsa Piper is in conversation with Caroline Baum. Baum, after many years interviewing writers, has produced her own memoir, Only. Written in 2,000 word pieces, a patchwork technique, this book explores the triangle of parents and an only child. I was inspired to purchase.
Caroline Baum.
An informative session, Writing the Landscape, features Kim Mahood, Bruce Pascoe and Nicolas Rothwell. Talk centres on finding a language to write about Australia. Pascoe in Dark Emu maintains Aboriginals see the land as mother. Rothwell tells the writer to form a personal connection, feel an emotional response to this land. Mahood in Position Doubtful reveals how landscapes shape our psychology.
Kim Mahood.
Tim Flannery abounds with hopeful ideas on dealing with pollutants on our planet. From growing tomatoes in the desert to stem cleaning soils in China. We can turn to the oceans where kelp grows faster than land plants. It is possible to take CO2 from the atmosphere and convert it to carbon fibre. His advice - keep a liberated imagination allowing us to develop new technologies.
On the panel of Science, Philosophy and Ideas, Dava Sobel says there’s a lack of role models for girls in science. Her books, like Longitude, find a language to bring science to the lay audience.
Dava Sobel.
In a lighter vein, Susan Wyndham, Barry Jones and Tracey Spicer discuss This Book Changed My Life. From The Tale of Peter Rabbit to books that changed the world such as Orwell’s 1984 and Germaine Greer’s The Female Eunuch. This engaging conversation continues. Too many wonderful books!
Back to ideas on Sunday with a session, The Hunger of Spirituality. Tony Doherty, a priest, Susan Carland, a Muslim and Meshel Laurie, a Buddhist come to grips with the idea of God. Tony sees it as a gracious mystery and says it’s difficult to be human. Both Susan and Meshel grew up Christians and in their spiritual search changed religions.
Later, there’s a discussion on family traumas, listening to trees and how Men of Crime, like Michael Robotham, bring us thrillers. So many more ideas are tossed around such as exploring consciousness and what anaesthetic does to you.
Minds abuzz with ideas presented by these scintillating speakers, the festival comes to an end. No doubt in August 2018 writers and book lovers will be drawn again to Byron Bay for this fabulous festival. 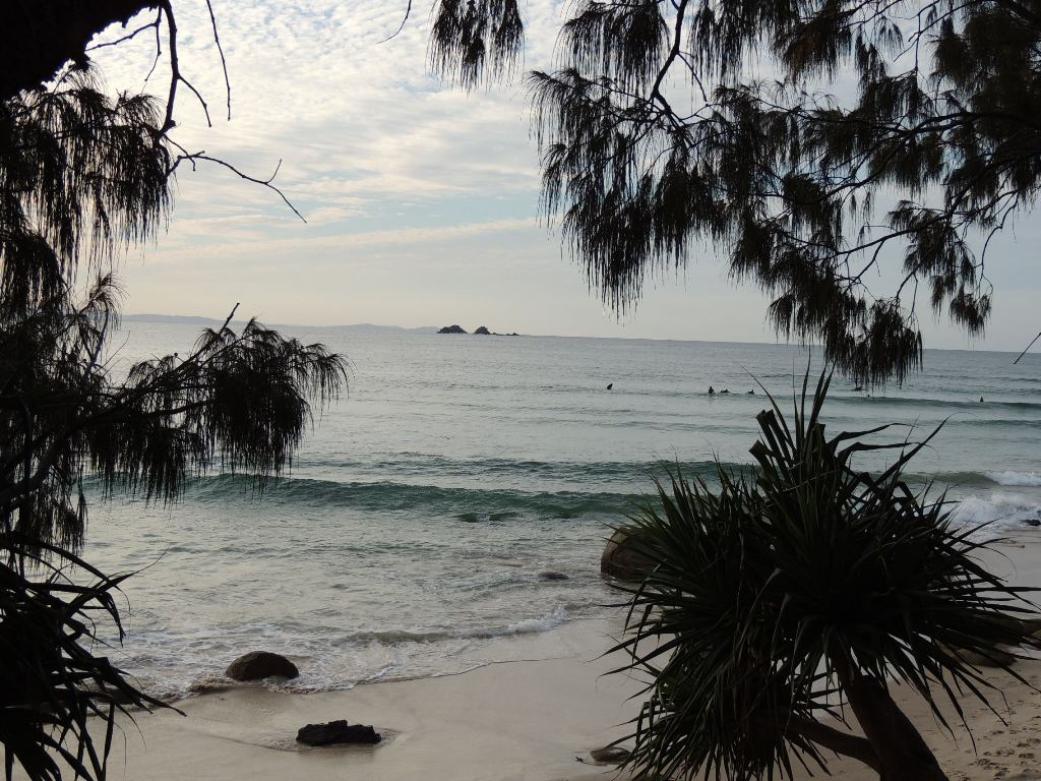 surfers waiting for a wave 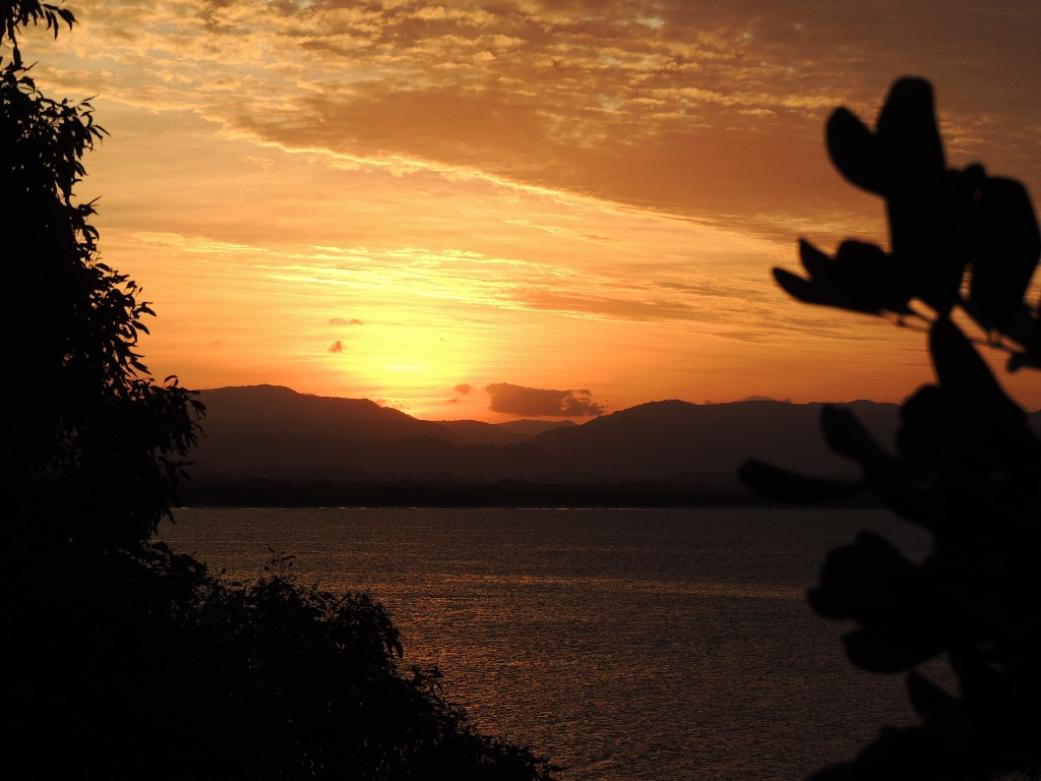