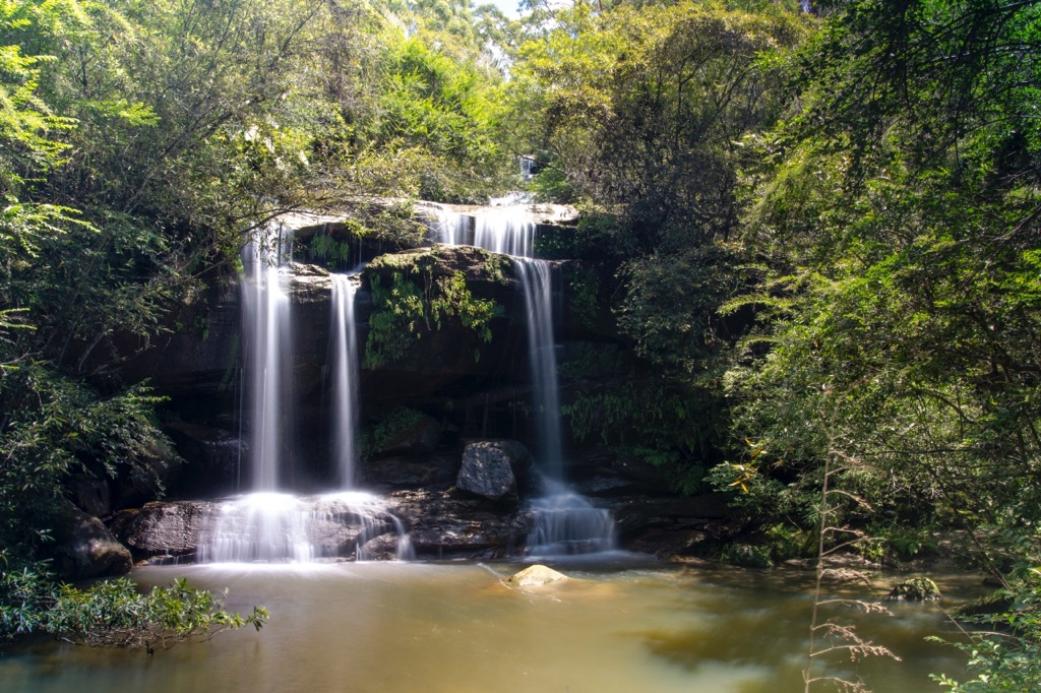 Dundundra Falls - image courtesy Dundundra Falls Bushcare Group
Two great stories highlighting the positive impact community based volunteer bushcare groups supported by local and state government can have came in this week - one to our west, and one to our south.
The first to arrive addressed the great work being done at Dundundra Falls Reserve a large chunk of beautiful bush that is home to many local furred, feathered, finned and scaled animals, including the wonderful Swamp Wallaby, and being the place where Dundundra Falls cascade in, you know there is a creek or two. Kieriens creek wends it's way through the reserve to join Neverfail Creek with a series of falls and cascades along the way.
Members of the local community work throughout the reserve to control weeds and do appropriate species plantings to regenerate native bush.
The bush regeneration group meets on the first Sunday of the month 8:30-11:30am. All are welcome, so come and say hi and join in.
The reserve can be used by all members of the community for walking, horse and bike riding. It is a great place to explore and appreciate the variety of the local vegetation and terrain. Visit http://dundundrafalls.weebly.com/ to find out more.
Dundundra Falls Reserve volunteers planting
On Thursday, August 24th, Member for Pittwater Rob Stokes announced Dundundra Falls Reserve Trust has secured a grant in the 2017-18 round of the NSW Government’s Public Reserves Management Fund. $16,170 will be provided for bush regeneration and weed control at Dundundra Falls Reserve, located in Terrey Hills.
The Reserve covers 38 hectares of Crown Land and is carefully managed by a passionate group of local volunteers and expert bush regenerators.
The Public Reserves Management Fund provides vital support to reserve Trusts working to protect our natural environment and local assets. A record 2000 applications were received in this year’s round of funding.
“Dundundra Falls Reserve is a strategically significant area acting as a buffer between the residential areas of Terrey Hills and the Ku-ring-gai Chase National Park,” Rob Stokes said this week.
“The Trust’s bush regenerators work tirelessly to rid the Reserve of noxious weeds – a time-consuming and gruelling task.
“Dundundra’s successful grant application is an affirmation of the vital efforts of our local volunteers, such as Andrew Sutcliffe, who preserve our natural bush heritage and protect the adjoining National Park,” Mr. Stokes said.
The beautiful wildflowers and waterfalls of Dundundra can be enjoyed every day and a free guided bush walk with a qualified bush consultant will be held on Sunday the 10th of September, 10am-12pm – check the Dundundra Falls website for details.
The second great news local bushcare group success story arrived Friday and stems from the Friends of Freshwater, at, you guessed it, Freshwater Beach. The Friends of Freshwater is one of the biggest independent activist community groups on the northern beaches and this includes 'activities' - bushcare and regeneration of this beautiful place in this case.
Friends of Freshwater publish a monthly newsletter, 'The Duke' which you can read on their Facebook page, or get involved by becoming a member through visiting their website: www.freshie.org.au
The update came from the Greater Sydney Local Land Services, the NSW Government Department that has worked with our own Pittwater Natural Heritage Society, the Baha'i members, and formerly Warringah bushcare staff to Save Grevillea Calyi at Ingleside.
The Friends of Freshwater in conjunction with the Council Bushcare volunteer group, has toiled for the past two years to regenerate and stabilise the local environment in the area, contributing more than 500 hours of their time to the cause.
Their efforts mean the stunning views at Undercliffe Reserve in Freshwater have been restored .
Founding member Peter Harley said the results of their work had not been lost on local residents and visitors alike.
“There is a great appreciation for our work among local beach goers,” he said.
One such local beach goer includes seven-time World Surfing Champion Layne Beachley who regularly stops to compliment the efforts of the group.
“The transformation has been truly remarkable,” Ms Beachley said. “The work of the volunteers means you can now take in the beautiful view on the way down to the beach.”
Mr Harley said the group had recently received a grant from Greater Sydney Local Land Services which had helped boost the results.
“We also rely heavily on support and guidance from Northern Beaches Council,” he said.
Greater Sydney Land Services officer Rebecca Mooy said the volunteer effort at the Reserve is obvious when you walk the path from the new stair way.
“Coastal Rosemary, Wattles, and Lomandra planted by the volunteers to increase the shrub layer are a big change from the weedy understory of Asparagus Fern and other weeds that had invaded coastal bushland,” she said.
Northern Beaches Council General Manager Environment and Infrastructure Ben Taylor said the iconic beach, part of the Manly – Freshwater World Surfing Reserve, is a highly valued part of the northern beaches coastline and is a focus for council’s volunteers who also stabilised the sand dunes to reduce the impact of coastal erosion.
“A mountain of invasive weeds has been removed, native plantings re-introduced and the general environment of this much-loved location greatly improved for everyone to enjoy,” Mr. Taylor stated.
The project was funded by Greater Sydney Local Land Services via the NSW Government’s Catchment Action program.
What great incentives to get out and get involved in a local volunteer bushcare group - brilliant news as we head into the week that sees the first day of Spring 2017. 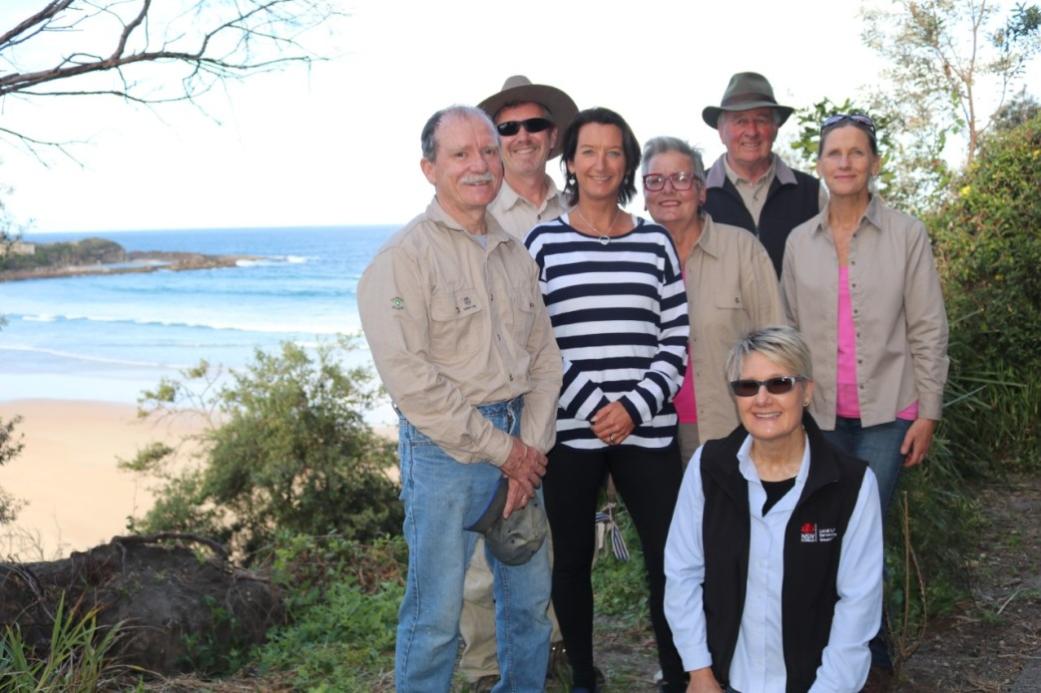 Layne with the Freshwater volunteers and Greater Sydney Land Services officer Nerida Gill at the site they have transformed. Picture supplied.
Tweet