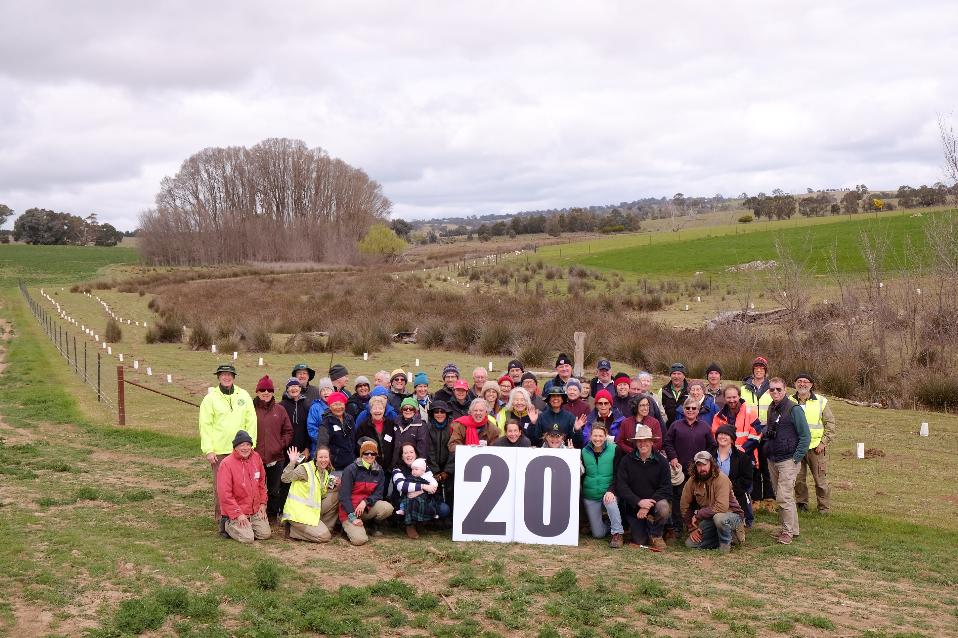 As the Building Bridges to Boorowa project celebrated its 20-year anniversary this month, involved Councils pledged their continued support for this unique partnership.
North Sydney Mayor Jilly Gibson, Hilltops Council Mayor Brian Ingram and Boorowa Community Landcare Group Chairperson Paul Cavanagh all signed a Memorandum of Understanding to support the project for the next five years on the 7th of September.
Mayor Jilly Gibson said: “The Building Bridges to Boorowa project continues to go from strength to strength every year and I’m delighted to pledge our Council’s support for the next five years.
“In the 20 years since this project first started, we’ve helped plant more than 65,000 shrubs and trees, creating new homes for native wildlife, and forging long-lasting friendships between our volunteers and the Boorowa farmers.”
Thirty-nine Bushcare volunteers from North Sydney travelled to Boorowa over the weekend (6-8 Sept) to help plant 4,000 native trees and shrubs around farms, creating critically important future habitat for local native wildlife.
The volunteers were joined by MP Felicity Wilson for the 20th anniversary trip. “Its fostering the city-country connectedness that is crucial to ensuring rural communities thrive across our state,” she said.
“People in our community have not forgotten that those in rural and regional areas are doing it tough right now, they’re rolling up their sleeves to make a difference.”
Every year, approximately 40 volunteers make the three-and-a-half-hour-long journey (333km) to the regional farming community in the Lachlan Valley/Hilltops Region of NSW. As well as planting trees and shrubs around the farms, they meet the local farmers who have seen first-hand the vast improvement in the natural landscape since the project first launched 20 years ago.
To date, a total of 577 volunteers have taken part in the project and 65,000 plants have been planted on 40 properties, helping to regenerate the natural habitat for wildlife, including the endangered Superb Parrot.
The Building Bridges to Boorowa project received an NSW Landcare Award for Government Partnerships with Landcare in 2015. The success of the Building Bridges to Boorowa program was mentioned in the NSW Parliament in September 2018 as part of a motion to commend the achievements of the Landcare community in regional and metropolitan NSW.
Last year, volunteers Liz Powell and Narawan Williams organised a second visit to Boorowa with a small group of keen bird watchers and undertook a survey of past planting sites. The record of bird species they observed helps to build on an earlier baseline survey North Sydney Bushcare conducted in 2014 and will contribute to Birdlife Australia’s “Aussie Backyard Bird Count”.
Photos are from the 20th anniversary Building Bridges to Boorowa trip. 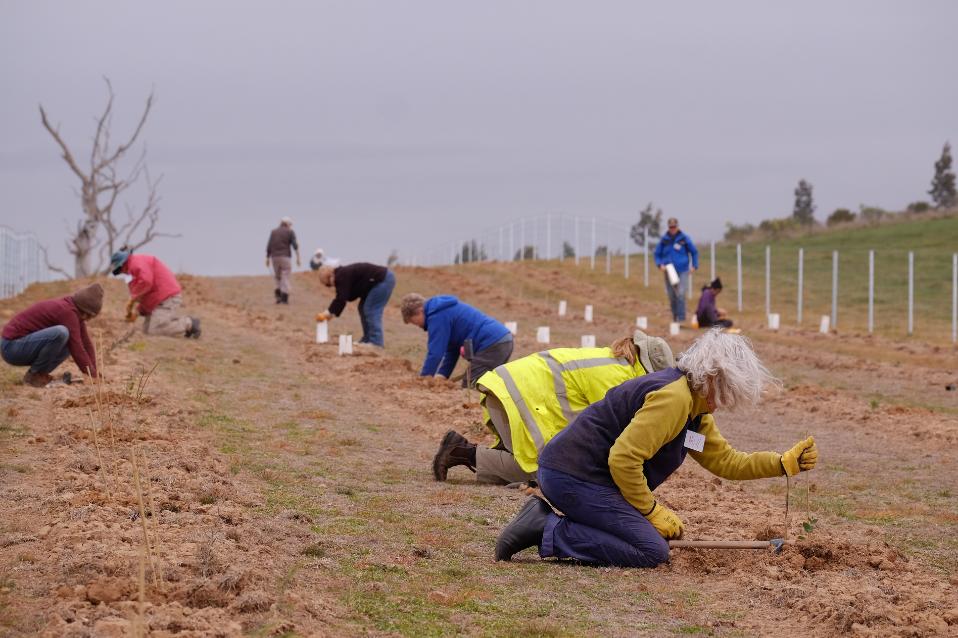 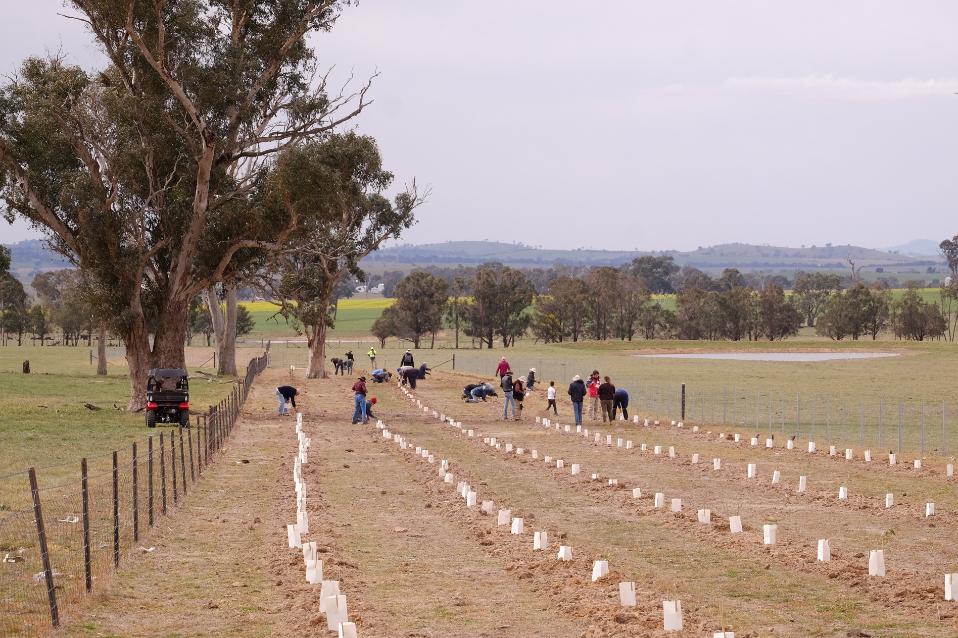