Students Demand Government Stop Adani Coal Mine and Transition to Solar Power: Big School Walk Out for Climate Action to be followed by more actions 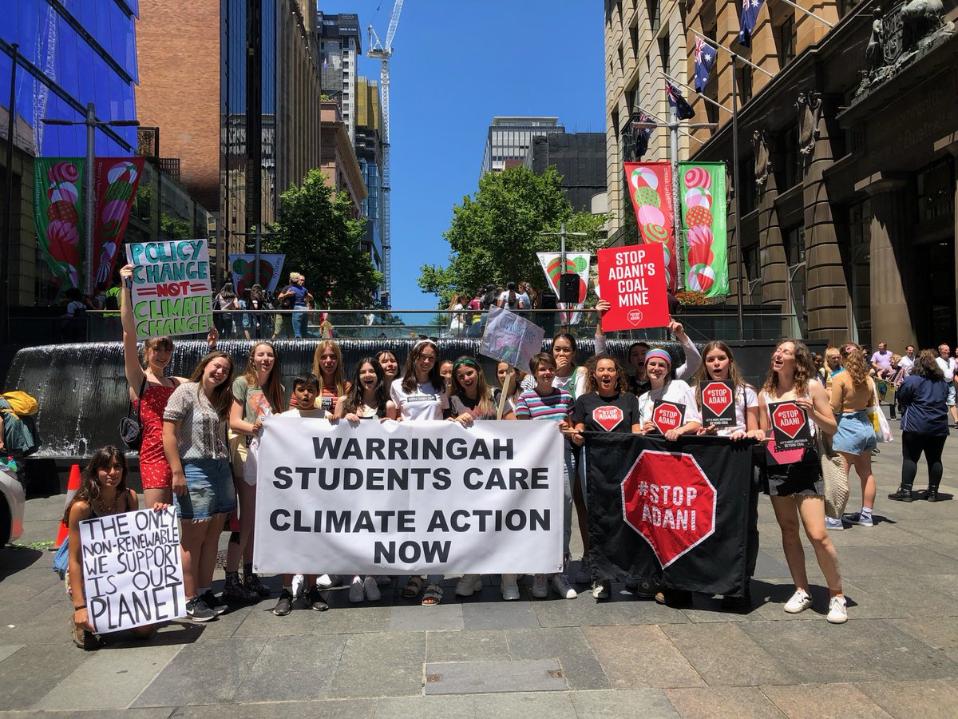 The strikers are supported by the New South Wales Council for Civil Liberties in their strike action and have asked any who are facing disciplinary action to contact them – their media release runs below.

The Prime Ministers response, as above, inspired some of the placards the students then created.

On the 26th of November, at 17:00 (5pm) the Australian Senate passed a motion  in support of the student strikers. On the same date, at 17: 15 (5.15pm) a motion in support of expanding Australia’s coal production, Coal-Fired Power Stations, also passed in the Senate.

“As our Prime Minister chooses to ignore the ever increasing problem of climate change, our generation has decided to step up and fill the void. We thank the Senators who have chosen to stand with young people in Parliament today, and we call on more politicians from all sides of politics to do the same.

“As young people we’re already seeing the devastating impacts of climate change and will be forced to endure the consequences of our government’s inaction. We need all politicians and any future government to take the action scientists tell us we need - that means a commitment to stop Adani’s coal mine and a plan to transition away from all fossil fuels to 100% renewable energy by 2030.

“To those who voted against our motion for climate action in Parliament today, we say: your decisions have far more weight than you seem to acknowledge, and they will determine our future. You may not have to live through 50 degree days, bushfires and crippling drought, but we will. Already, we are living with climate impacts and the toll it is taking on us as young people is huge. Right now, we’re literally fighting for our lives”.

“We need you to do your jobs and lead us away from climate catastrophe so that our generation can have a future to look forward to.”

One teacher at Kinma school in Terrey Hills, with parental permission, brought a group of 19 students in years 4-6 to the event.

"They felt strongly about it and asked if they could come down today to express how they felt to the government."

Her students have been actively involved in making a practical difference and had recently visited Mona Vale beach to pick up plastic found there.

Another attendee Ella, 10 years of age, said "I think it's stupid that no one has done anything. We could already have solar energy and yet we're still using coal."

Resources Minister Matt Canavan said in a 2GB interview on Friday he wanted children in school learning about how to build mines, do geology and how to drill for oil and gas, "which is one of the most remarkable science exploits in the world".

"The best thing you'll learn about going to a protest is how to join the dole queue. Because that's what your future life will look like, up in a line asking for a handout, not actually taking charge for your life and getting a real job."

The student strikers responded that without action on Climate Change there was no future for them, their children and their grandchildren.

When the peaceful protest ended in Martin Place not one skerrick of rubbish was left in their wake.

The School Strike for Climate Action has been reported internationally with news agencies from New York to the U.K., throughout Europe and New Zealand picking up the story and broadcasting the placards held by the strikers.

Organisers state the students will persist in demanding those meant to represent all, whether they’re old enough to vote or not, actively pursue action that will shift the focus onto renewable energy and address climate change in real terms. 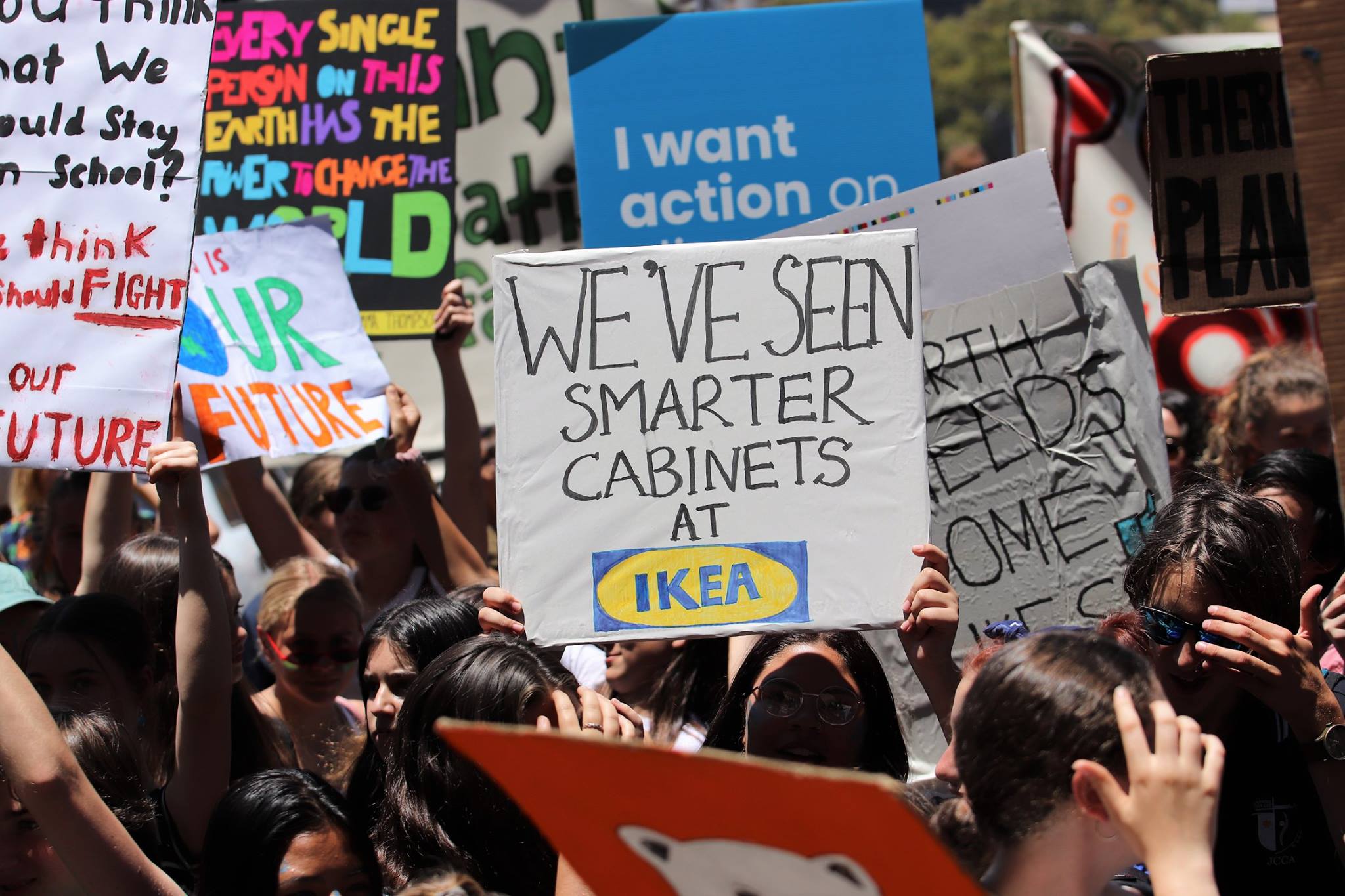 The New South Wales Council for Civil Liberties applauds school students in Sydney and across the country for walking out of schools in support of climate action.

Climate change is an important issue which will have the deepest effect on the most vulnerable people within society moving into the future.

NSWCCL Vice President, Josh Pallas, said “It is so encouraging for us to see young people mobilised around such an important issue. They are showing bravery in exercising their political rights on an issue that stands to have the greatest impact on their lives. The Prime Minister, our government, and school principals should be encouraged to see that our students are active civic citizens”.

The students have come under sustained criticism from the government for walking out of schools. Some have reported that their principals are threatening reprisals if they attend and wear their school uniforms. NSWCCL condemns any criticism of these students for exercising their democratic rights to freedom of assembly and speech.

NSWCCL President, Pauline Wright said “The Council stands in solidarity with students today. No one should stand in the way of them exercising their rights.” 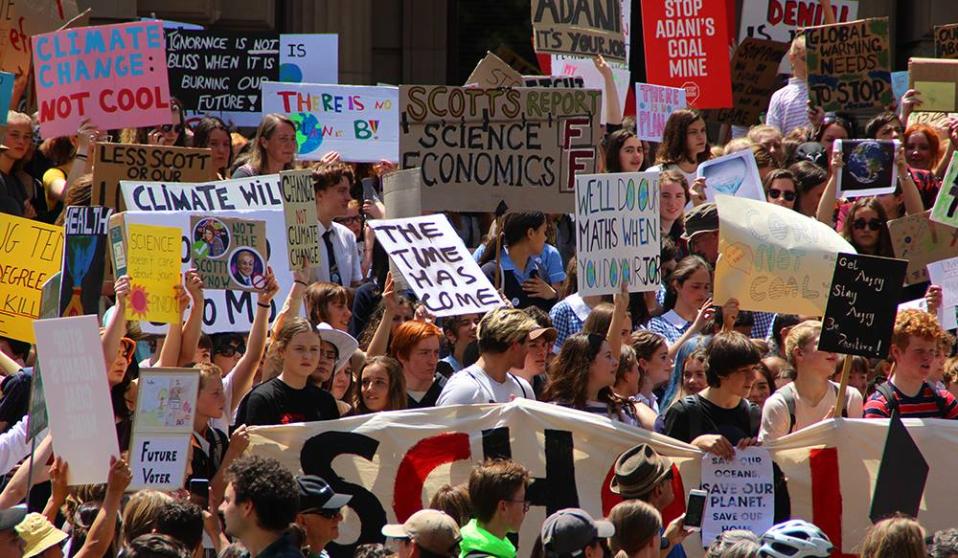