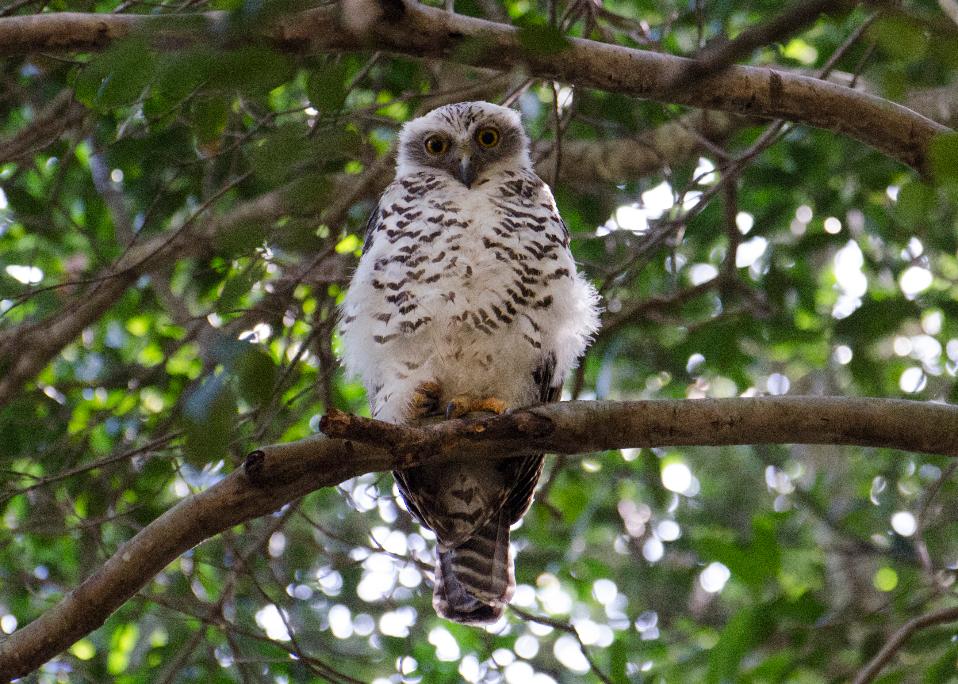 It is located on Cabbage Tree road Bayview, in a high priority wildlife corridor home to nine threatened fauna species including seven bat species, breeding micro bat colonies and a long term resident breeding pair of Powerful Owls and many species of native birds and wildlife. It is surrounded by flood prone land, in a high bush fire risk area and over 200 mature trees will need to be removed.The golf course used to hold the largest stand of Swamp Mahoganies in the Pittwater area. These now rare trees have been systematically cleared in the hundreds by the Golf Course over time which has significantly impacted the local wildlife, which used to include large flocks of the now critically endangered Regent Honeyeater. Other rare species that have been lost from the area include Koalas and the Rosenberg's Goanna.

The Golf Club now want to clear the last remaining area of remnant forest left on the golf course to build a multi storey apartment complex. They also want to raise the level of the flood affected portion of their land, which is a designated wetland area for many bird species. This will further impact significantly the already fragile ecosystem within this important wildlife corridor.

As these re-submitted plans are very similar to the plans fought over in the LEC, one can assume that these same issues will again end up being fought all the way to the courts.

The Northern Beaches Council and many local residents have strongly fought this proposal for over 5 years and many in the community are saddened and angered by the Bayview Golf Club’s decision to continue to pursue this large inappropriate Seniors Housing development.

An SCC is often referred to as ‘rezoning by stealth’ as it is a request to the DPIE to assess whether a parcel of land, which normally would NOT allow Seniors Housing or apartment developments on that land to be approved for this. All these processes and applications can take many months to be reviewed and assessed.

The Development Application for a seniors living development on this historic area of open space has been steadfastly refused by the Northern Beaches Council and was also refused by the Sydney North Planning Panel in August 2018 on the following grounds:

In addition to various legal issues, the Planning Panel unanimously considered the originally proposed development an "overdevelopment of the site." This current proposal is only marginally less bulky, but is still 7 large buildings of 3 storey apartments plus a large community building over 5 acres.

The planning panel also had concerns that the proposed typology, scale, footprint and density of development would have a substantial adverse impact on the biodiversity of the site and area, noting that the whole of Bayview Golf Club is mapped as Biodiversity under the Pittwater LEP.

The Planning Panel held that the visual impact of the proposed buildings when viewed from neighbouring residential development and within the golf course is incongruous to the existing low scale residential and recreational character of the area.

The majority of the panel concluded that the design modifications required to satisfy these issues were too significant to defer the application and they therefore refused the original DA. Refer to this link for the Sydney North Planning Panel decision: https://www.planningpanels.nsw.gov.au/DesktopModules/JRPP/getdocument.aspx?docid=29868

The developer has since this Panel refusal of the DA in August 2018, made some changes to the height and footprint. But even after Court ordered lengthy conciliation conferences and detailed arguments in court in January 2019 between numerous experts, there still remains significant contentions and disagreements between the Northern Beaches Council's opinion of the impact of this development and the opinion of the developer.

There also remains considerable community objections to this proposal. The Golf Club is using their alleged fragile financial situation as a reason why the development should be approved to save the Club. The local residents and the wider community do not believe that this reason is in the public interest, it is only in the interest of the private member club and they question the validity of this statement. The club stands to make substantial financial gains from this proposal.

The previous DA received over 1,000 objections to Northern Beaches Council all requesting that this proposal should be refused. Despite this the Bayview Golf Club and the developer continue to push ahead with this lengthy and costly process.

The previous 5 years of fighting this proposal has cost the Northern Beaches Council, the DPIE and the community large amounts of time, resources and money to get this proposal continuously rejected. This new proposal has to start the whole process again from the beginning.

The community is concerned that if this application is approved it will create a significant precedent for Bayview and the whole of the Northern Beaches area. If seniors 3 storey apartments can be built in the middle of a high priority wildlife corridor, and that is not considered 'environmentally sensitive', nor worthy of protection, then we can expect similar large scale seniors living complexes to be built on any wildlife habitat or ecologically sensitive land across the Northern Beaches.

Considering this proposal has already managed to garner 75,000 signatures in a change.org petition, it would appear that there are many people in both the local community as well as the wider community who consider developing Seniors Housing over 5 acres of a designated wildlife corridor, is not an appropriate proposal.

The petition can be viewed at: HERE

The SCC application documents lodged on September 2nd, 2019 may be seen HERE