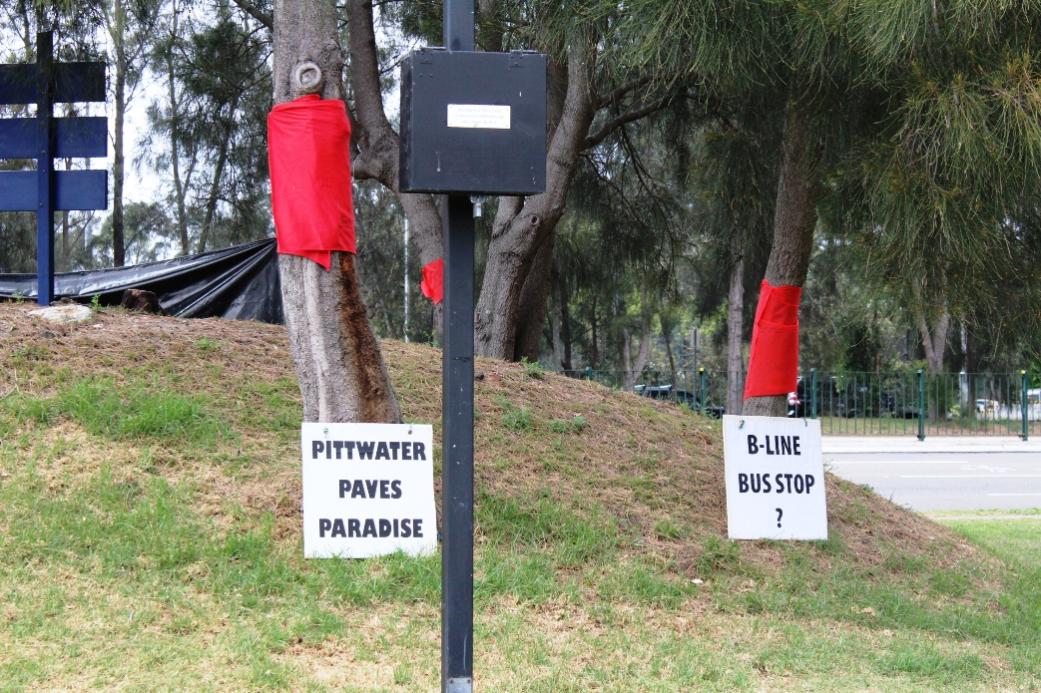 TfNSW provided planning approval for the B-Line proposal at Mona Vale on February 2nd, 2017. The Determination Report, released this week, is now available for download on the B-Line Mona Vale webpage. It contains Issues Raised and Transport for New South Wales (TfNSW) Responses.
Regarding services north of Mona Vale the webpage states,
'Our planning team is continuing to review services north of Mona Vale as part of the new Northern Beaches Bus Service Plan, which will complement the B-Line. More information about the new plan is expected to become available in March 2017.'
Construction is slated to commence in early 2017 and take approximately 8 months to complete.
Mona Vale map showing B-Line construction works
An overview of the Proposed Activity, per The Determination Report which is the subject of the Mona Vale Commuter Car Park and B-Line Stops REF, is provided in the Executive Summary with full details set out in Chapter 3 of the REF.
A summary, as outlined in the REF, comprises:
The key issues raised in submissions were: the loss of four parking spaces on Pittwater Road, the northbound bus indent and removal of trees in Village Park, the relocation of the local bus stop from Pittwater / Waratah to Pittwater / Bungan and the options selection. Mona Vale businesses expressed their business would be impacted and those who had previously used the Waratah bus stop pointed out the extended distance between bus stops which would disadvantage seniors and now include more roads and traffic to negotiate as pedestrians.
One of the Issues raised (2.11) was regarding the changes approved for Mona Vale Village Park, stating that the trees provide many benefits including:
- shade
- a well-defined plan for Village Park
- a wind barrier
- environmental and sustainability benefits.
The berms provide benefits including:
- noise mitigation
- visual barrier
- physical barrier for children playing the park.
The removal of the 21 trees will have environmental and aesthetic impacts, and it will remove the wind barrier. How can new landscaping compensate for the removal of trees replace such well-established, tall trees with large canopies?
Given the value of the project investment overall a realistic amount of money needs to be allocated to replanting mature, tall, established trees and not the usual saplings which take 20 years to provide shade and visual appeal.
Please ensure the design considers the benefits of the trees and berms and provides a replacement. The current plans show no replacement of the berms or trees
The response to this matter was -
regarding the removal of berms and trees in Village Park, and the proposed mitigation measures.
It is recognised that the mature trees and lower plantings around Village Park frame the open lawn areas, and landscaped berms visually and physically separate Village Park from Barrenjoey Road. The environmental and sustainability impact of tree removal has been considered in a specialist report by Biosis, as identified in Section 6.7 of the REF, and is not considered to be significant.
All cleared vegetation will be offset in accordance with TfNSW’s Vegetation Offset Guide, which requires a number of trees to be planted for every one removed (determined based on their size). Offset trees are required to be planted on or near the impacted site in consultation with Northern Beaches Council. Over time as it becomes established this offset vegetation will provide biodiversity and amenity improvements.
The plans included in the REF are a basic concept design only and do not show detailed design elements such as new plantings and landscaping. However it was identified in Section 6.2 of the REF that where landscaped berms and associated trees along Barrenjoey Road are removed, reestablishment of a continuous low-level visual barrier (of a similar height to the existing berms) between the road and Village Park should be considered in the detailed design.
The detail of landscape plantings would be resolved through the preparation of the Urban Design Plan and Public Domain Plan in consultation with Council. The use of advanced plantings would be considered.
These features will be resolved during detailed design in accordance with Conditions of Approval 32, 33 and 36
REF                                                With design change
Number of trees to be removed       33                                                           26
Offset planting required               140                                                       118
Another submission raised the problem of car parking in Mona Vale, stating on one occaision, with nothing available, they parked in the timed Beeby Park car park, which would be an option lost with this transferred to being a commuter car park.
The TfNSW response was that,  'To compensate Northern Beaches Council for the transfer of Beeby Reserve Car Park to a  commuter car park, Transport for NSW provided funding of $2.5 million to fund future investment in car parking in the Mona Vale area.'
Future consultation will be part of any progression of the B-Line at Mona Vale, including consultation with Council regarding design development. In addition, TfNSW states it would notify residents, businesses and community members in the lead up to and during construction.
The Determination Report also states,
The consultation activities would help to ensure that:
• local council and other stakeholders have an opportunity to provide feedback on the detailed design
• the community and stakeholders are notified in advance of any upcoming works, including changes to pedestrian or traffic access arrangements and out of hours construction activities
• accurate and accessible information is made available
• a timely response is given to issues and concerns raised by the community
• feedback from the community is encouraged.
The TfNSW email address and TfNSW Project Infoline (1800 048 751) would continue to be available during the construction phase. Targeted consultation methods, such as use of letters, notifications, signage and verbal communications, would continue to occur. The TfNSW website would also include updates on the progress of construction.
When we checked prior to going to press the TfNSW website refers everyone via a link back to the B-Line Mona Vale webpage - visiting there regularly may be the best option for those interested in this matter as it progresses.
See: http://yoursay.b-line.transport.nsw.gov.au/mona-vale 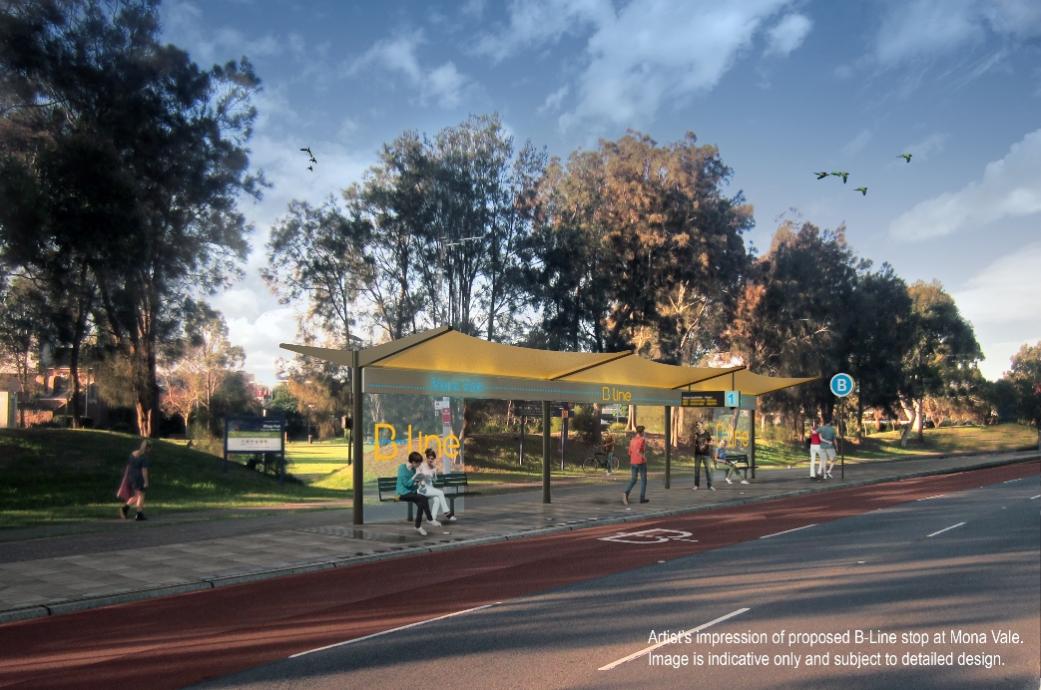