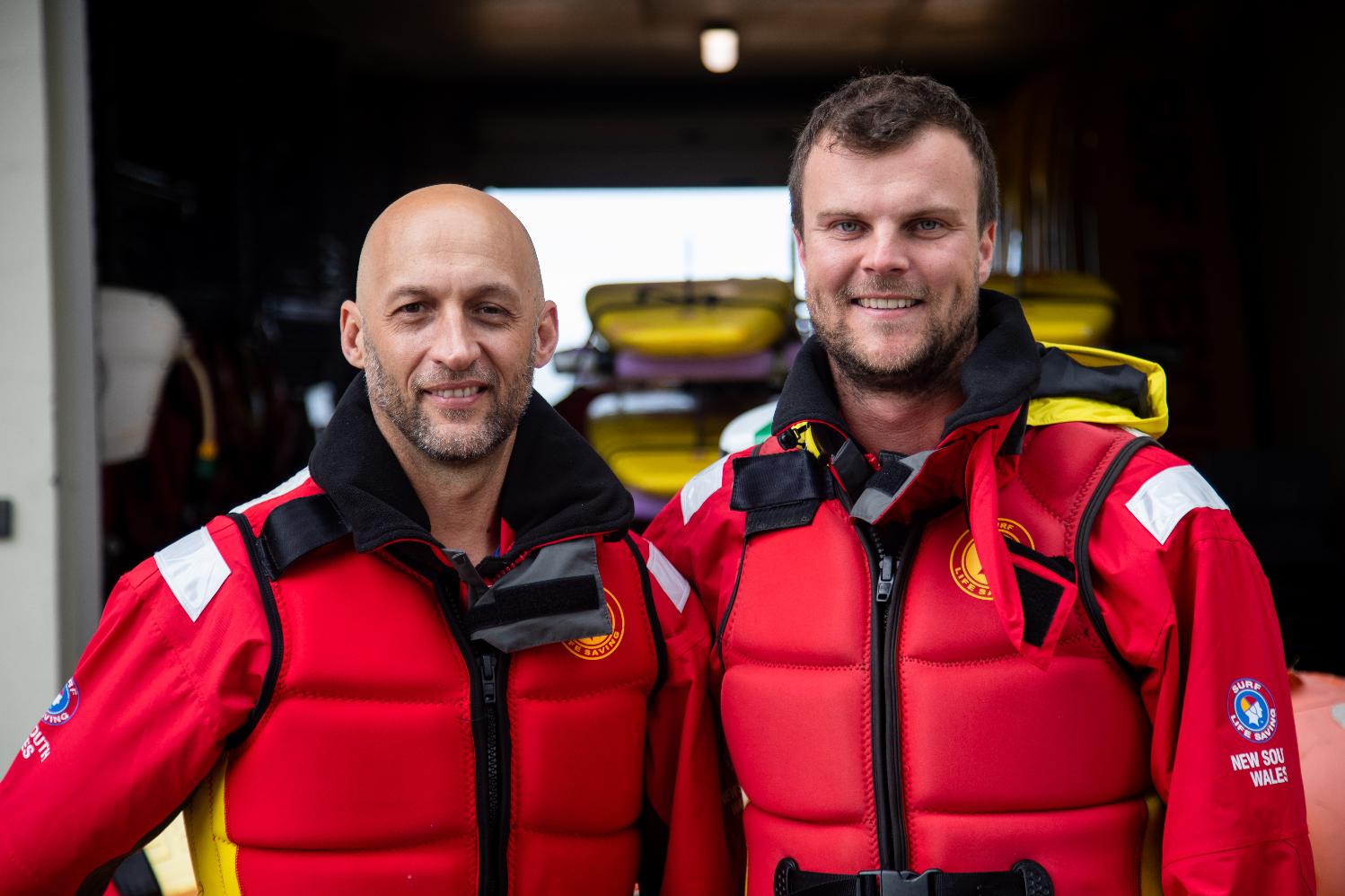 On their way back to a hotel on July 4th after a full day assisting the SES in response to the heightening flood emergency in the Liverpool area, Nick and Jason found themselves caught in flash flooding where, for close to three hours, they switched gears back into lifesaving mode to assist nearly 100 stranded vehicles.

Chief among their outstanding efforts was the rescue of an elderly woman who had been swept off her feet into the moving water as well as a policewoman who had jumped in to assist.

Jason and Nick were able to rescue them both before they were washed into a nearby creek.

“If we weren’t there, there would have been a significant number of cars that had broken down in the water and consequently a lot more people in vehicles so also a higher chance of somebody being caught in their car,” Jason said.

“I think that would’ve played on my mind a fair bit if that was the outcome, but fortunately we were able to play our part.”

“The people that we got out at the very beginning, by the end their cars were completely submerged,” Nick added.

“Without a doubt there would have been fatalities at some point.”

Lifesavers have been posted to multiple flood emergencies over the past 12 months, with thousands of volunteers turning their backs to the ocean to face the burning issues within their communities.

While it is far from the nature of a beach patrol during the summer, Jason said the skills are largely transferrable.

“It really comes back to beach management skills,” he said.

“We were able to look at everything that was going down and make calls on how to prevent what was going on from getting worse.

“When we were interacting with other services, we were able to give a proper sitrep through the lens of what was happening quite quickly, rather than getting caught up in too much detail.

“Being able to identify risk to ourselves as well was important.”

The pair also reflected on the exceptional interoperability of the agencies involved, inclusive of Surf Life Saving NSW, given the shared and unique skillsets allowed for great outcomes for many people.

“To be trained in those in-water skills as lifesavers are, it made a massive difference to a lot of people’s lives over those weeks,” Nick said.