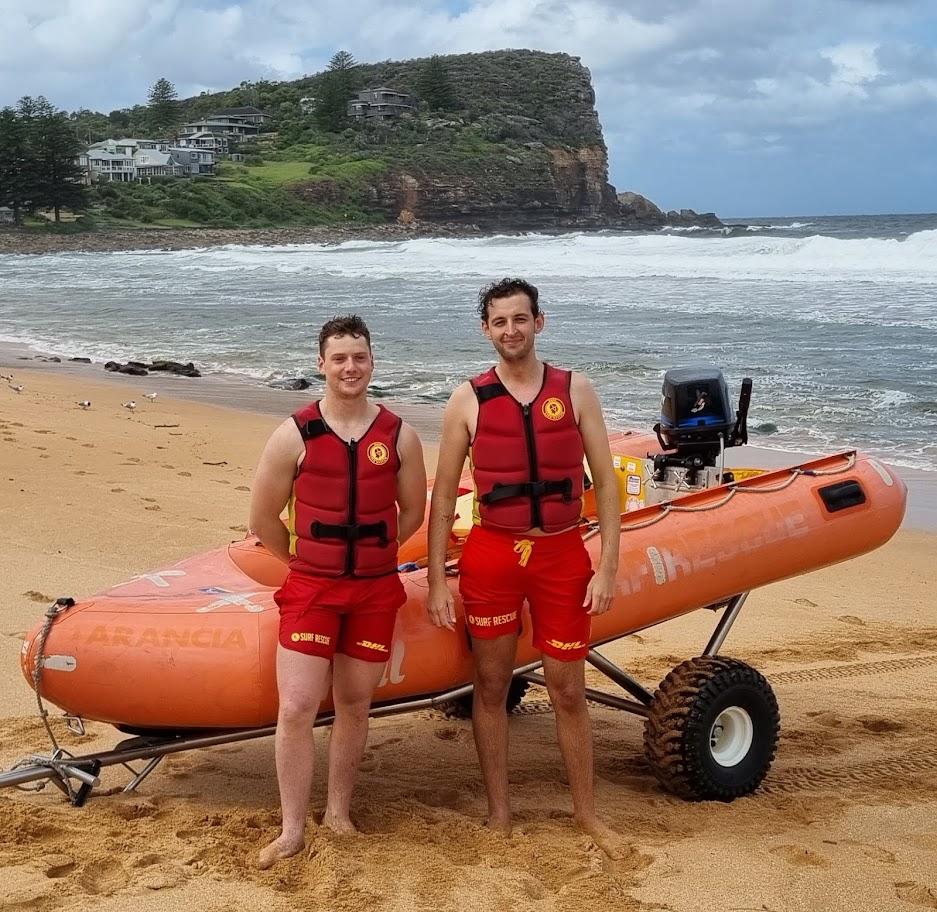 Three people were rescued from the water this afternoon, Saturday March 19, 2022 by Avalon Beach SLSC after their 35ft power cruiser capsized and sank off Careel Head.

SLS Northern Beaches received a call for help and requested assistance from nearby Surf Clubs and rescue services. The SLSNB Duty Officer who happened to be at the surf club alerted the Avalon Beach Surf Patrol who immediately launched the IRB.

They were the first to arrive on the scene after battling through horrendous conditions over 2 kilometres of ocean, and rescued the boat's male captain and a male and female passenger.

The 8 second short period windblown choppy 3-4 metre South swell and a Southerly wind which was consistently gusting at 45 kilometres per hour made it highly dangerous for the IRB just to get out the back off the beach.

Photos: Attempting to get clear of the breaking waves - Almost clear of the surf zone, into the full force of the strong wind and large choppy ocean swell. We lost sight of the IRB after it rounded North Avalon Headland but were in radio contact.

Conditions meant that the experienced crew had to make several evasive turn and runs for safety before being able to get through the 5 or 6 lines of breaking surf (witnessed by the writer who happened to be at the club on other surf club business), before being able to safely round North Avalon Headland to proceed to the reported location.

Photo: Showing general beach conditions.  2+ metre waves breaking out the back,  rips everywhere meant the beach was closed to swimmers.

IRB Driver Zac Dale and crew Todd Barber later said that at first they could not see the boat through the choppy swell, but then caught sight of a small narrow upturned V about 5 ft high out of the water, which they realised was the bow of the vertical 35 ft boat.

Three people (2 males, one female) who were wearing lifejackets were in the water, slowly drifting toward the rock shelf over which the waves were breaking about 300 metres from Whale Beach.

They were pulled into the Avalon Beach IRB, a full 5 minutes before the others who had responded to the call for help (Whale Beach SLSC IRB, SLSNB Duty Jet ski, the SLSA rescue helicopter and the Police Boat) were able to arrive at the scene and stand by to assist.

The rescued people were transferred from the IRB to the Police Boat for transport into Pittwater, as it was deemed too unsafe for either or both ABSLSC and WBSLSC IRBs to attempt to take them through the surf either to Avalon Beach, or to Whale Beach.

After the rescue, the cruiser sank to the bottom in deep water off Careel Head (where it will no doubt await recovery). Apparently the power boat's bilge pump failed.

''This afternoon, our Broken Bay crew and Surf Life Saving Australia responded to a “MAYDAY” call off Avalon at Pittwater. A vessel quickly started taking on water, and if not for the quick thinking of the skipper and owners, things could have become tragic.

They promptly raised the alarm via a mayday call and by calling “000”, donning life jackets and grabbing go-bags and EPIRBS.

Luckily, they were only in the water a short time before surf jet-skis and our crew arrived. This is a great example of knowing the right things to do in case of an emergency.''

It then took the Avalon Beach SLSC IRB volunteer crew some considerable time heading straight back into the South wind and swell to return the 2 kms to the club for a well deserved hot shower! and to carry out the remainder of their patrol till 5pm. 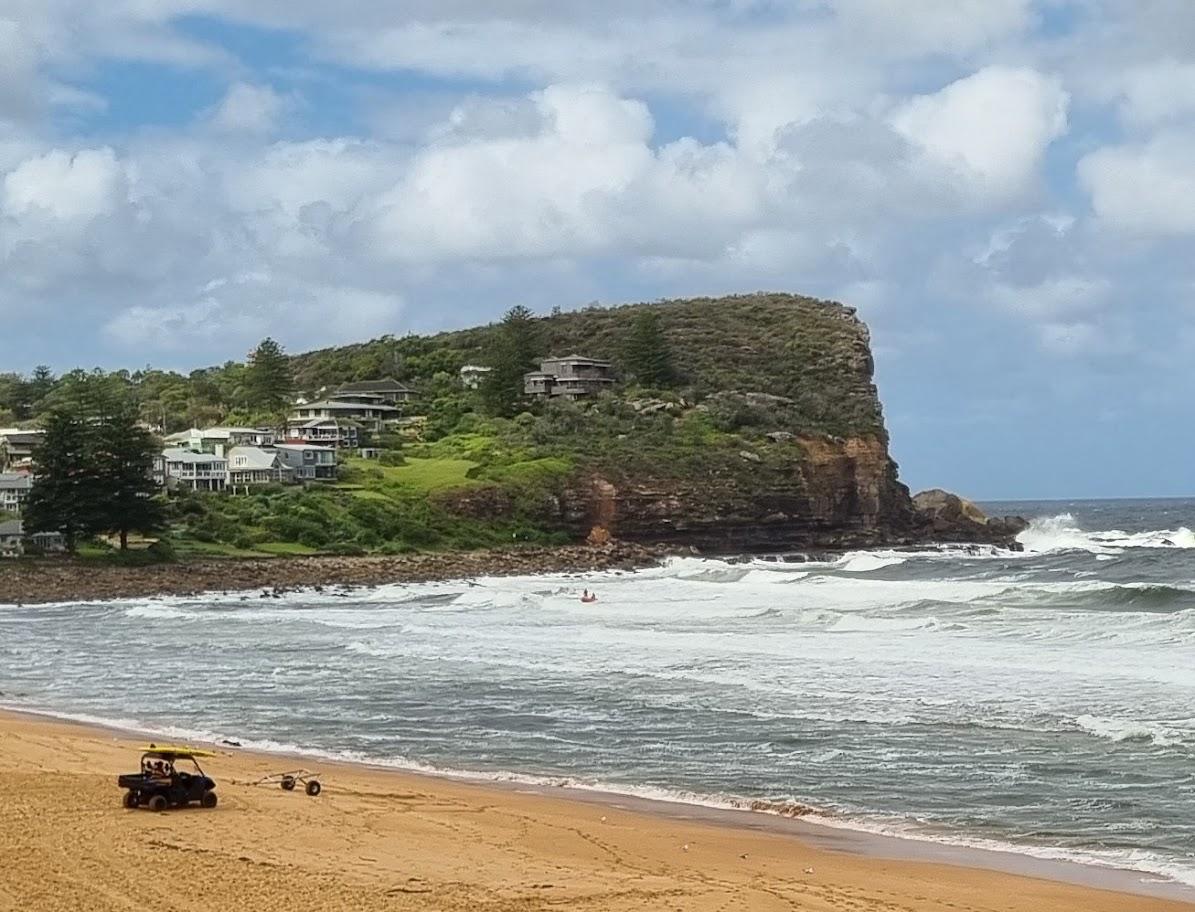