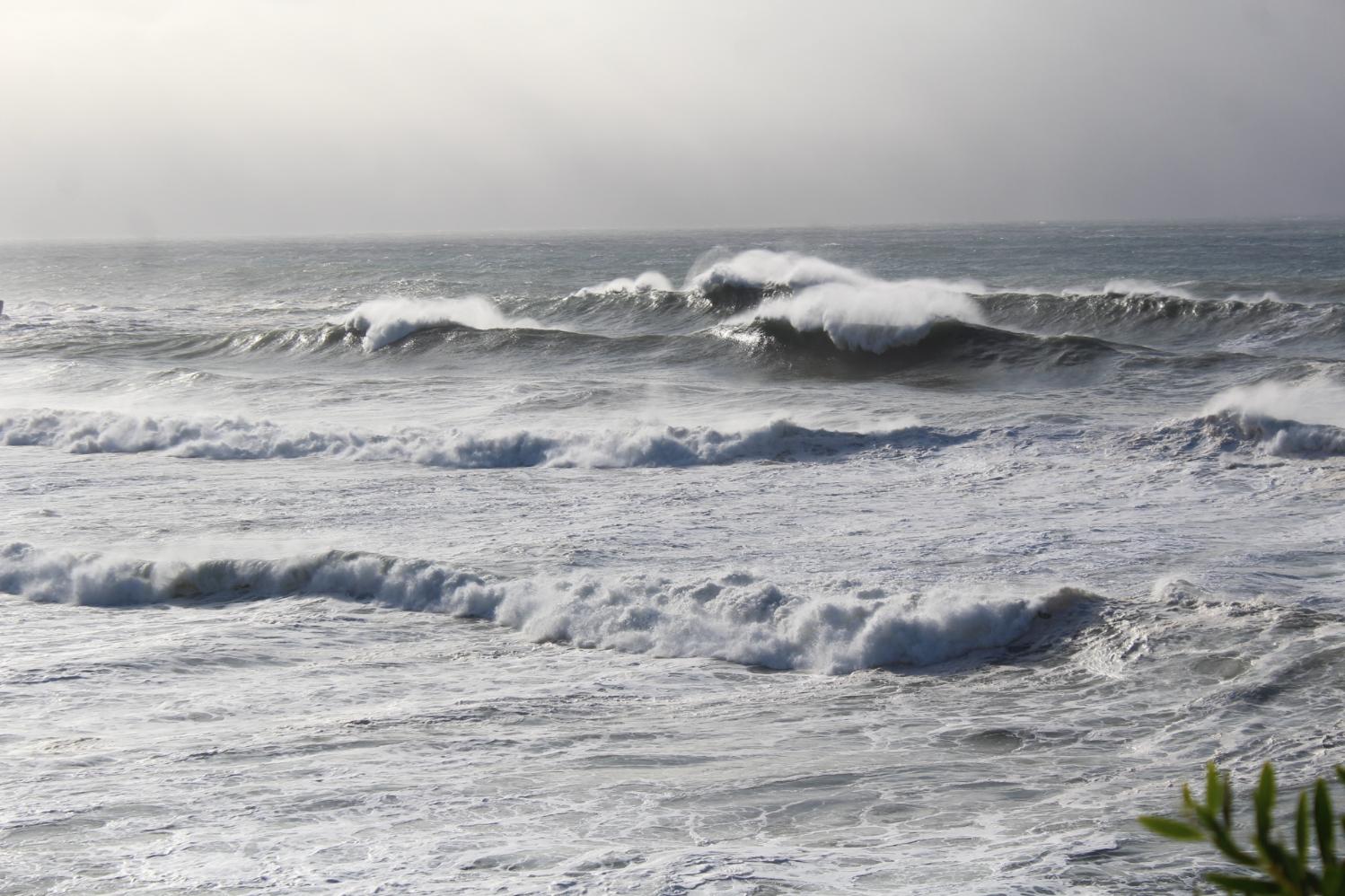 If you think you might have a quick dip, or a dive in the rock pool, while the surf is up.. DON'T!

This is the clear message from Avalon Beach SLSC.

Avalon Beach is a Dangerous beach...under normal circumstances . with a rating of 7 out of 10 on the Australian Beach Safety Ratings..10 being the most dangerous.

Currently  while the surf has been big for several days, it is even more dangerous.

There is a lot of fast moving powerful water all along the beach from constant 2-3 metre 12 second swells. They are coming from a long way out generating more energy and causing rips which are stronger than even fit swimmers can manage.

This morning's report from an ABSLSC surf club member:

He was calling for help and raising his hand.

The surf was treacherous.

Another younger guy next to me grabbed the rescue board outside the club on the rack adjacent to the club and ran down the beach to assist.

By this time the swimmer was being sucked out towards shark alley.

It would have  been impossible for the rescue board to reach him so the other guy and self went to the pool where the waves were breaking over.

The swimmer - by pure luck - was now being dragged in the direction of the pool.

Luckily for the swimmer the waves pushed him towards the pool and he was helped from the water to the edge of the pool.

Another wave hit and washed the swimmer and helper into the pool.

By this time a few others arrived to see if they could help including another surf club member.

The swimmer was lifted out of the rock pool to safety exhausted.

A number of people on the beach had called 000. An Ambulance arrived at 7.06am and interviewed the swimmer and did some tests. He was OK and  didn’t require assistance. Police arrived soon after and also interviewed the  swimmer.

He appeared young and fit."

If the surf patrol is not there,  or the flags are not up...Do Not enter the water.