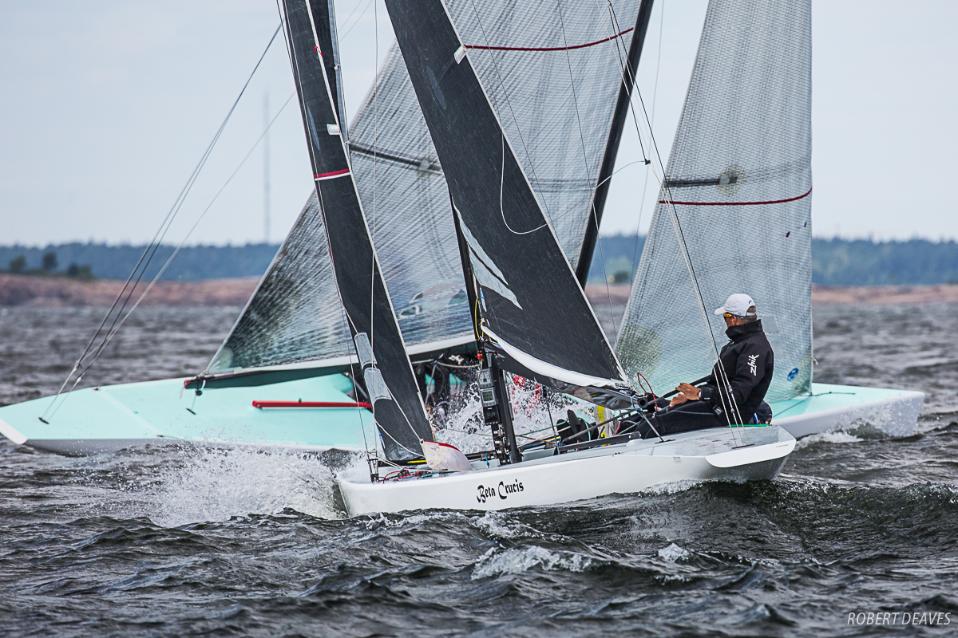 In little more than four months’ time, the 5.5 Metre Class World Championship 2020 and its lead-in events will be heading to Pittwater, where the locals are prepped, ready and excited for what lies ahead at the Royal Prince Alfred Yacht Club (RPAYC) hosted event.

To be held from 9-13 January, 15 years on from the last time the 5.5 Metre Worlds was held in Australia, the Scandinavian Gold Cup, Alfreds Gold Cup, the Royal Kaag Classic Cup and Hanko Evolution Cup will take place beforehand.

Early on, 14 boats are already entered. They represent five nations, including The Bahamas, Italy, Germany, UK and of course, Australia. Interest has also been received from Norway, France and Switzerland among others.

And as we go to press, two brand new boats, expected to make their Worlds debut in Australia, are nearing completion at the Wilke boatyard in Switzerland.

Multiple former world champions and runners-up, plus top placegetters from the 2019 Worlds, will escape their European winter for Down Under to take part in what will no doubt be a memorable event, both on and off the water.

It remains to be seen whether the winner will come from the local or international pool of talent. Statistics usually point to those who know the waters like the backs of their hands; in other words, a local. But not always.

To that end, look no further than successful RPAYC one-design sailor, John Bacon, with his crew of Terry Wetton and James Mayjor (Ku-Ring-Gai). In early August, the trio arrived home from the Worlds in Helsinki, Finland armed with the Evolution Worlds Trophy (5.5M’s built from 1970 to 1983) and Hanko Evolution Cup, having dominated both events.

Cross, who doubles as the Australian class president, commented: "The 5.5M class has an amazingly talented and friendly group of sailors. However, like any top class, mistakes on the course are punished and you rapidly fall down the fleet.

Bob, Martin and I, as a newly formed crew in a new boat, were very encouraged to win a race at the recent Worlds, but consistently is the name of the game. We now have a few months to train on the water, tune up the crew and the boat to improve our performance on the Palm Beach Circle in January."

Australia has a rich history in the class that made its Olympic debut in 1952. At the 1964 Tokyo Games, RPAYC member Bill Northam and crew won the nation’s first Olympic gold medal, with Barranjoey. In their honour, Australian Sailing began awarding the ‘Barranjoey pin’ to athletes who help create Australia’s proud and successful history in the sport. 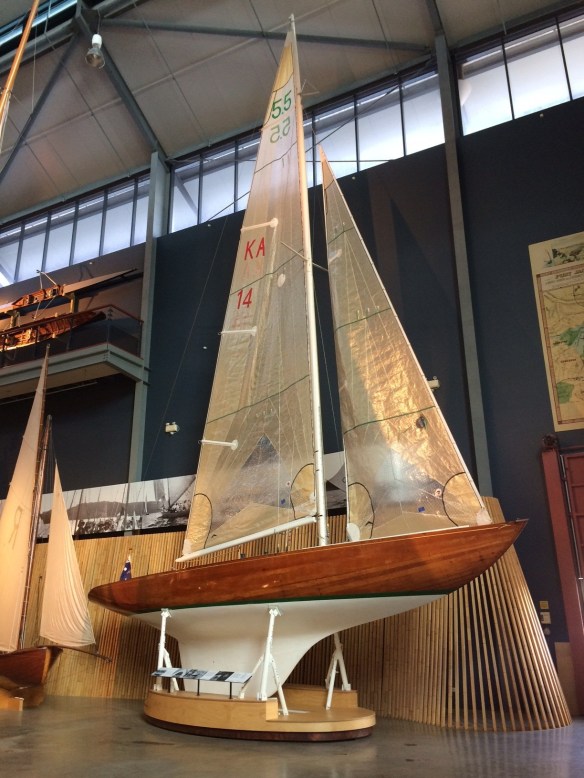 The BARRANJOEY, currently on display at Wharf 7 and part of the Sydney Heritage Fleet Collection. Reproduced courtesy of the Australian National Maritime Museum

Frank Tolhurst fit in short sailing stints around business and incredibly won the 1976 Worlds with Arunga. He won a second time in 1978 (Arunga III) and twice finished second; in 1980 and 1981. There were others, but it has been a gold drought for Australia since Roy Tutty (Rhapsody) won in 1981.

The Australian International 5.5 Metre Association extends a warm invitation to any past and present Australian 5.5M sailors who have competed at previous Worlds or Gold Cups to join them on Friday, 3 January, at the RPAYC for the Scandinavian Gold Cup, ‘Alfreds’ Gold Cup, Kaag Cup and Hanko Cup opening Cocktail Party.

Attendees will have an opportunity to re-acquaint with old friends, share stories and see the latest 5.5M designs before the start of the Scandinavian Gold Cup the next day. Contact Martin Cross, the Australian class president for more details and to book your place: martin.g.cross@gmail.com

“We invite the old and new Australian legends of the 5.5m class to come and take part; let’s make it a great showing against the internationals,” Cross says.

For those wishing to emulate some of the 'legends' in the 5.5 Metre there is still time to buy a boat, and if necessary, ship it to Australia at extremely competitive rates, courtesy of Worlds major sponsor Hoegh Autoliners.

Shipping information and prices (final shipping date from Antwerp Belgium to get to the Worlds in time will be around the end of October): https://www.5.5class.org/single-post/2019/08/08/Newsletter-4-Australian-Gold-Cup-and-Worlds.

Online entry, Notice of Race and all information: https://www.rpayc.com.au/sailing/5-5m-world-champ-2020