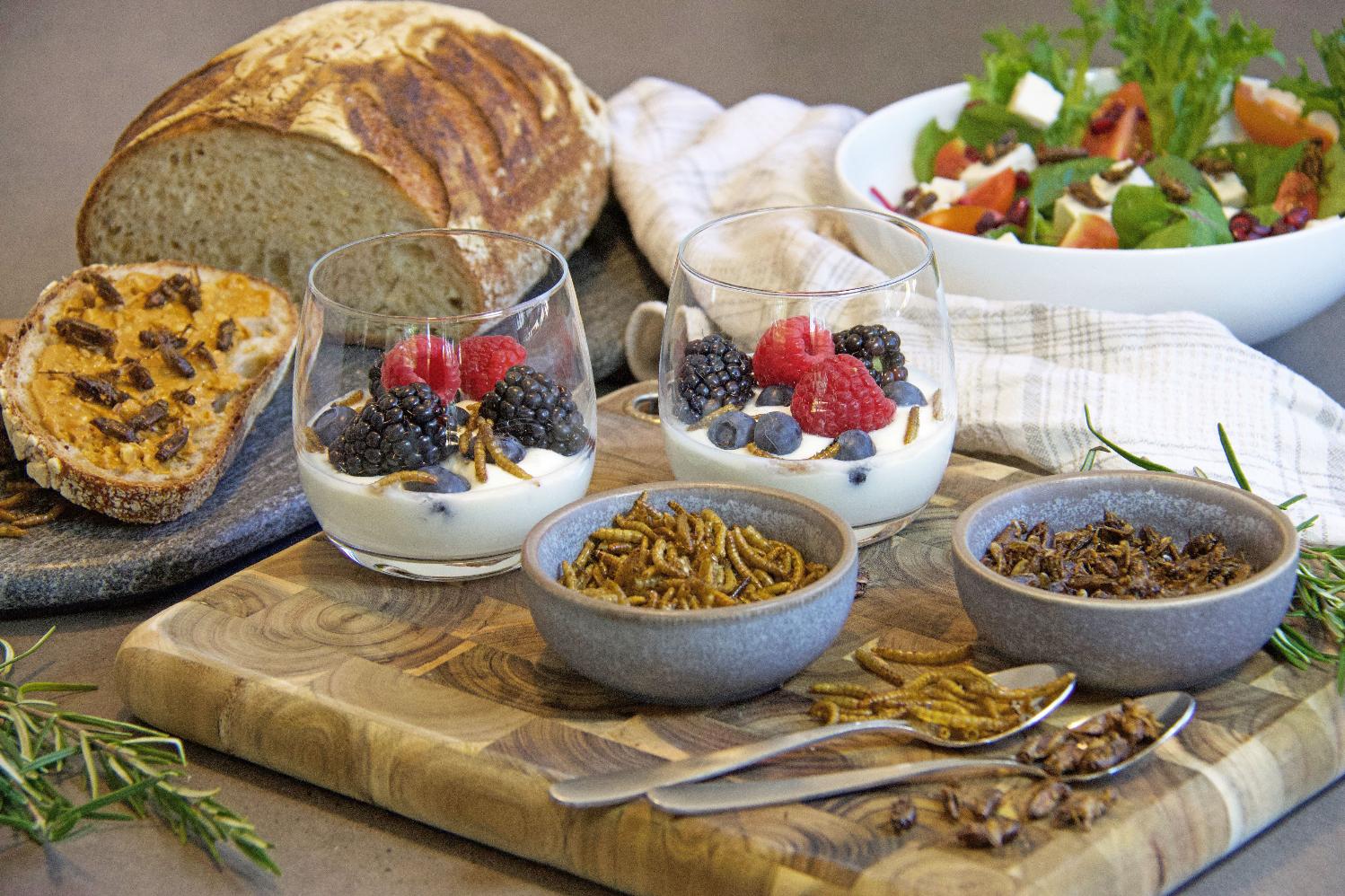 Edible insects are high in protein, vitamins and other macronutrients. (Image: Boris Ceko)

Launched on Thursday April 29, 2021, Edible insects: A roadmap for the strategic growth of an emerging Australian industry, lays out a comprehensive plan for the emerging industry, exploring the challenges, opportunities, cultural values, sustainability, and health outcomes of the edible insect industry in Australia.

Co-funded by CSIRO and the Australian Department of Foreign Affairs and Trade (DFAT) through the Council on Australia Latin America Relations (COALAR), the roadmap provides a framework within Australia for First Nations initiatives, start-ups, insect businesses, researchers, policy makers, and community members interested in engaging with the industry.

"The worldwide edible insect market is expected to reach $1.4 billion AUD in value by 2023. Europe and the United States of America lead the western world market, with more than 400 edible-insect-related businesses in operation," Dr Ponce Reyes said.

"Insects have high-value nutritional profiles, and are rich in protein, omega-3 fatty acids, iron, zinc, folic acid and vitamins B12, C and E.

"They are also complementary to our existing diets because they are a healthy, environmentally friendly, and a rich source of alternative proteins," she said. 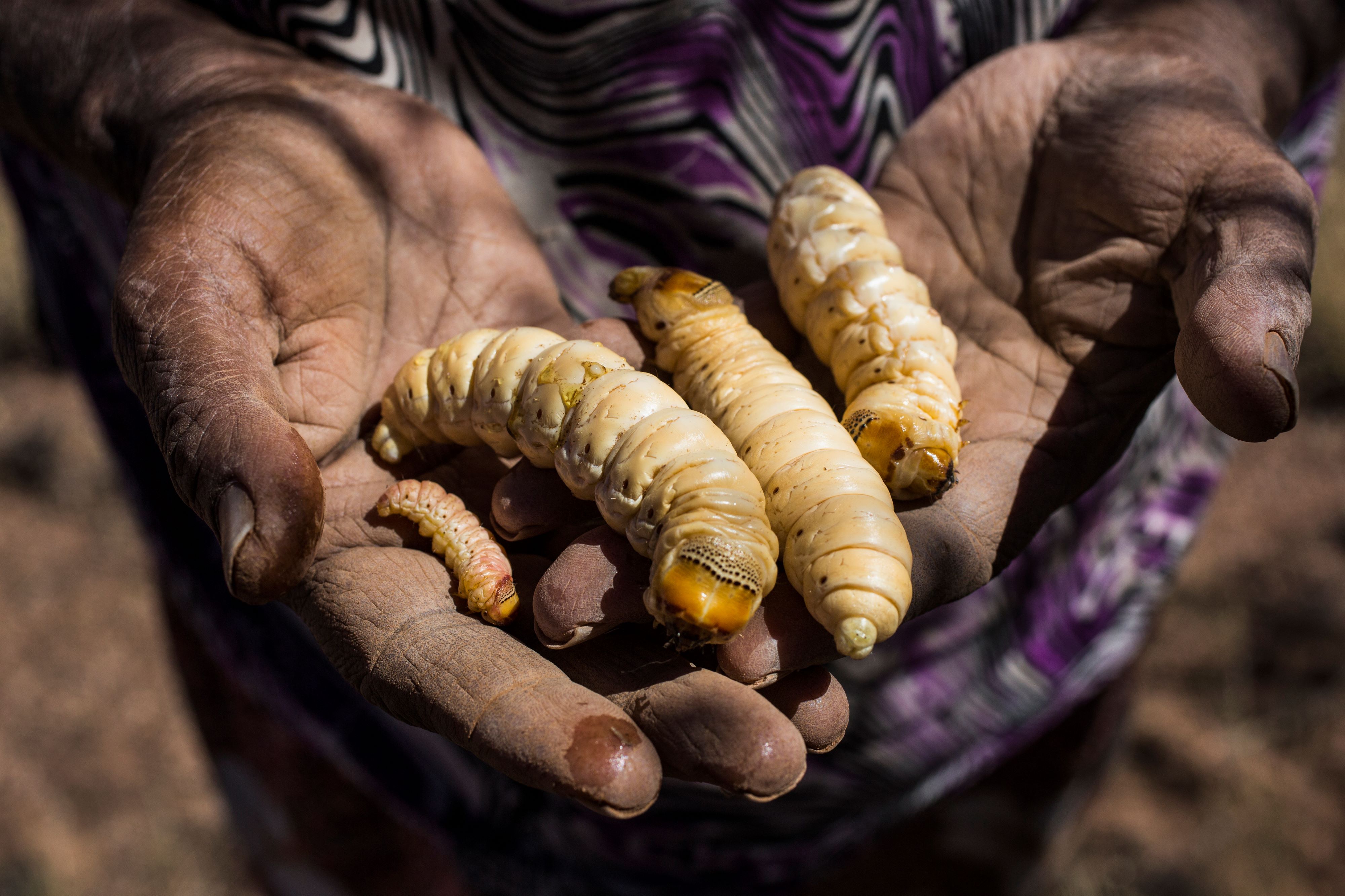 At least 16 species of insects are traditionally eaten by First Nations Peoples in Australia, including the iconic Witjuti grub. (Image: Tobias Titz)

"The roadmap draws on the expertise of Australian and international scientists, Aboriginal and Torres Strait Islander peoples, insect farmers, food processing industry leaders and chefs, to set out the challenges and opportunities presented by one of the world's richest sources of protein and other micronutrients," Dr Lessard said.

"Australia has a high diversity of native insects. Working with First Nations enterprises, many species have the potential to be sustainably harvested or grown in low impact farms, to be turned into new and delicious Australian foods for us and our pets.

"Commercial insect farming is considered to have a low environmental footprint, requiring minimal feed, water, energy, and land resources – factors of importance to the modern health and ethically-conscious consumer," he said.

The roadmap also sets out challenges to overcome, including scalability, consumer appetite, and research opportunities, and provides options to tackle them, including new products, innovations to farming and collaboration.

CSIRO has developed the roadmap as part of a broader piece of research investigating alternative protein sources, through its developing Future Protein Mission. It is part of the CSIRO Missions program launched last year. Missions are large scale research programs aimed at solving some of our greatest challenges, collaboratively with government, academia, industry and community.

"With the global population set to reach 9.7 billion by 2050, we will need to meet this demand for sustainable protein production by exploring diversified sources," Professor Colgrave said.

The roadmap is available in English and Spanish, allowing connections between Australia and Latin America, such as Mexico, where eating insects is more widespread. It provides guidance for Spanish-speaking countries on how to develop their local industries.

"It has the potential to provide exciting trade opportunities and could lead to valuable economic outcomes," Ms Collard said.

Chair of the Insect Protein Association of Australia, Ms Olympia Yarger, said: "This roadmap provides meaningful steps forward for the guidance of new research and investment priorities that will enable insects to become a more sustainable and high-value part of the modern Australian diet."

Edible insects: A roadmap for the strategic growth of an emerging Australian industry is available in English and Spanish at: https://research.csiro.au/edibleinsects/