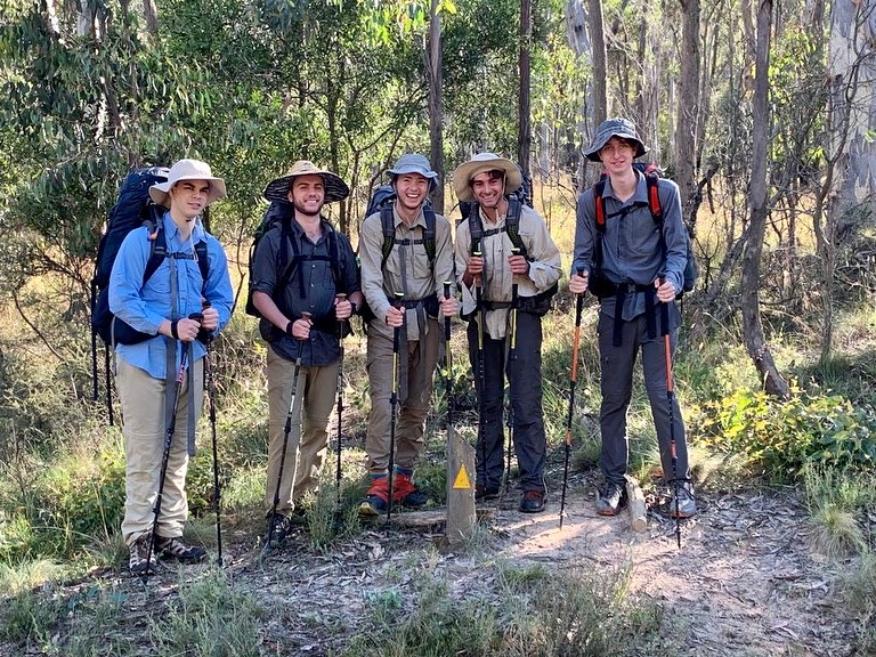 Do you remember how you felt watching the tragedy of the Black Summer Fires unfolding on every screen across Australia?  Do you remember watching footage of 20-30m flames engulfing 100-year-old eucalypts in a matter of seconds and kangaroos fleeing in terror from the conflagration?  Do you remember watching fire-fighters dwarfed by a wall of fire, holding steady in the unrelenting march of the barrelling flames?  And seeing images of wildlife rescuers scooping up burnt and screaming animals?

Do you remember feeling helpless?

Do you remember wishing there was something - anything - that you could do to help in some small way?

In the 2020 Black Summer Fires, Sydney Wildlife volunteers were on the ground rescuing burnt and fire-affected wildlife. My son (Connor) was home watching the devastation unfold on television and he and all his friends were following my Facebook posts.  The images they were seeing were beyond tragic and - like everyone else - they were wondering what they could possibly do to help.  They heard us speaking about the difficulties of carrying heavy rescue gear across kilometres and kilometres of charred earth during our ‘Black Walks’ - searching for survivors.  They listened when we complained about how hard it was to carry the darted/sedated kangaroos on stretchers across the ground to get them back to our Mobile Care Unit for veterinary treatment.  After speaking with us about what kinds of equipment would have been useful in the fire grounds, we decided that an all All Terrain Vehicle would have been invaluable.  The seed was sown…

So, how was a group of 6 boys going to raise enough money to buy an All Terrain Vehicle…?  By taking on the tough terrain themselves, of course!

They decided to do the Australian Alpine Walking Track.  They chose this track because much of the alpine region was affected by the Black Summer fires.  In fact, the Namadji Visitor Centre (the end point of the trail) was closed for months after the fires tore through the region.  They have worked out that they will be doing approximately 680km over about 6 weeks!  The track starts at Walhalla VIC and ends at the Namadji Visitor Centre in the ACT - so they will trek through 3 different states - Victoria, NSW and the ACT.

The boys have been planning and training for months!  Yannick is the chief organiser and did all the spreadsheets and food shopping (at Costco) and has been keeping them to his well-orchestrated schedule.  Harry has been navigating and has done a great job (except for the day they managed to ascend the same mountain twice…).  Connor is the wildlife warrior so he has been kept busy with identifying the cool snakes and mountain dragons they have encountered.  Alex is the 'physio rehabber’ so he has been helping with the sore muscles and achy feet and Jonty is not only the videographer and comms expert but he is also their comic relief expert.  Ben was injured during one of their practise hikes so he was unable to start the hike with the team but is joining the fray this weekend.  He has been their "eye in the sky”.

We bought Connor a satellite phone for Christmas so that they could ping us their GPS location once a day (as you can imagine, there are many worried parents awaiting that daily ping!)

The boys embarked on the journey on New Year’s Day 2022.  They had to drive for 2 days to get down to the starting point in Walhalla VIC.  After the 2-day drive, they commenced the actual trek on 3rd January.  They are now a third of the way there and have just passed through Hotham.  Next week they should be crossing the border into NSW.

The first 2 weeks were brutal!  It’s well-known that the Australian Alpine Walking Track is hardest from the Walhalla end.  There are huge and very steep ascents, many river crossings and cliff-like descents that would make you shudder.  Some days they were trekking through treacherous terrain for 25km and then setting up their tents in small clearings on the side of the trail - in the dark - as a storm was brewing.  The rain was probably the biggest physical challenge.  Hiking in wet gear, setting up tents in the rain, sleeping in wet clothes, packing up camp in the rain and then having to hike with soggy socks and wet shoes and over slippery surfaces was horrendous.  And of course the leeches are very prolific in moist conditions!  Luckily they are all big fans of the natural world and respect all creatures as they have had some close encounters with critters.  Jonty stepped over a snake within the first 5 minutes of the hike without even seeing it!  And has now managed to achieve that feat 3 times ha ha ha - just shows how tolerant snakes actually are! 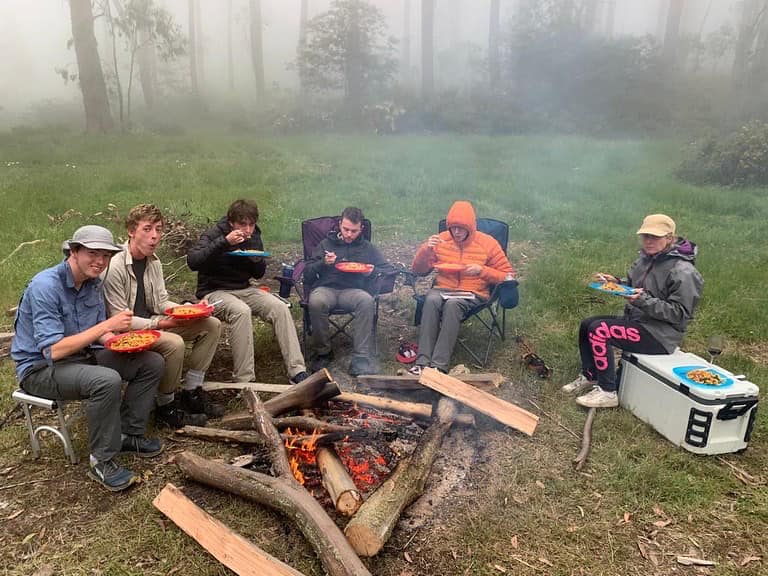 The parents have been very involved as well.  We all attended a planning BBQ back in November and we were all assigned a Food Drop date.  We have named ourselves the Food Drop Fairies lol 🤣

At weekly intervals, one of the Food Drop Fairies drives to the location on the planner and delivers the week’s rations - food, water and clean socks and jocks.

My Food Drop week happens to fall on the Thredbo leg of the trek (how fortuitous…). We have booked a cabin and will get the boys there for a night or 2 so they can shower, have proper food and a good night’s sleep in a real bed.  The washing machine in the cabin will be doing overtime!!!  And the toilets will be lovingly embraced, I’m sure!!! (Hopefully not literally…)

If you want to support the Alpine Odyssey - Trekking for Wildlife please visit: https://gofund.me/2e69ce99