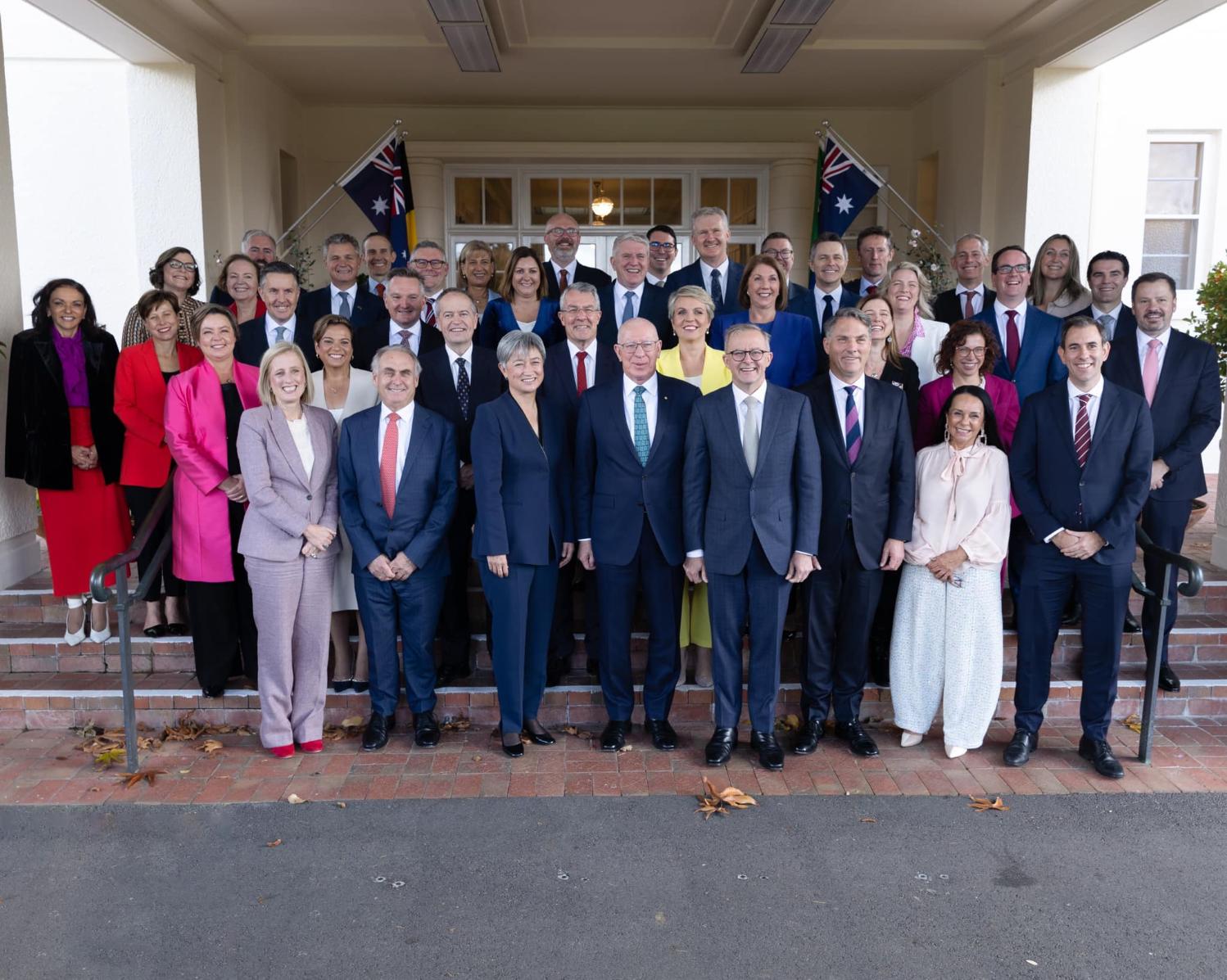 The Governor-General of the Commonwealth of Australia is His Excellency General the Honourable David Hurley AC DSC (Retd). with The Hon. .Anthony Albanese, Prime Minister of Australia and sworn-in Ministers of the new Labor Government.

The Prime Minister the Hon. Anthony Albanese announced his Government’s first full Ministry on May 31st, 2022.

''Today Labor has claimed the 77th seat in the House of Representatives with the re-election of Fiona in the seat of Gilmore. What that means is that the Coalition failed to take a single seat from the Australian Labor Party at the election just finished. And it confirms indeed that Labor will be a majority Government when Parliament resumes in July.

Today our Caucus has met and elected a frontbench to serve in the forthcoming Government that I'm proud to lead.''

On May 30th, 2022 the Appointment of Professor Glyn Davis AC as Secretary of the Department of the Prime Minister and Cabinet was announced:

Professor Davis has had a long and distinguished career in both academia and public service, having served as Director-General of the Queensland Department of Premier and Cabinet from 1998 until 2002, before moving to Vice-Chancellor roles at both Griffith University and the University of Melbourne. He holds emeritus roles at universities around the world, and has served as Chair of the Group of Eight, Chair of Universities Australia and Chair of Universitas 21. In 2010, Professor Davis delivered the Boyer Lectures on the theme The Republic of Learning.

Prime Minister Albanese has welcomed the appointment of Professor Davis.

“Professor Davis will bring to the role of Secretary a deep understanding of public policy and will work with my Government in bringing about positive change for the Australian people,” he said.

The Prime Minister thanked Philip Gaetjens for his service to the Australian public, both as Secretary of the Department of the Prime Minister and Cabinet since August 2019, and across a distinguished 45-year career of public service.

Professor Davis will commence his five-year appointment on 6 June 2022.

On June 1st the Albanese Ministry was sworn in and the following statement was made:

Following the swearing-in of the full ministry today we announce the following departmental and administrative changes that will help deliver better government for all Australians. These changes will take effect on 1 July 2022.

A new Department of Employment and Workplace Relations will be created to implement and administer the Government’s workplace relations, jobs, skills and training agenda.

A new Department of Climate Change, Energy, the Environment and Water will be created to deliver the Government’s job-creating climate change and energy agenda and give Australia’s environment the protection it deserves.

The Department of Finance will gain responsibility for data policy, including the Digital Transformation Agency, as well as de-regulation.

The Department of Home Affairs will gain responsibility for natural disaster response and mitigation, including the National Recovery and Resilience Agency.

The Attorney-General’s portfolio will gain responsibility for criminal law enforcement and policy, including the Australian Federal Police.

The new Administrative Arrangements Orders will be published on Department of the Prime Minister and Cabinet later today.