Airlie Beach Race Week: Fun for all on Pioneer Bay 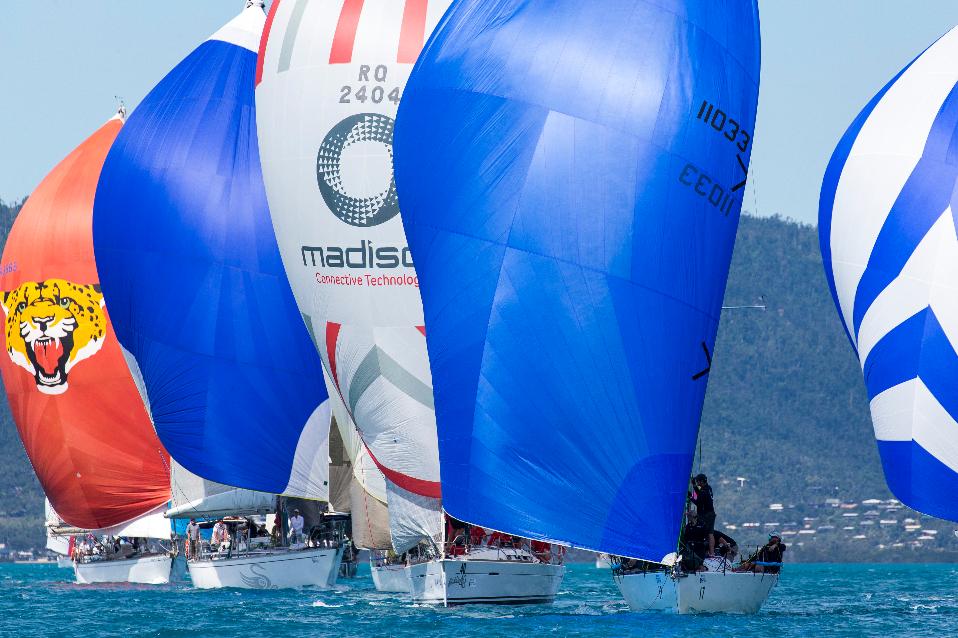 Pioneer Bay provided the perfect vehicle for sailors, photographers and spectators on Day 2 of 2019 Airlie Beach Race Week (ABRW), with Whitsunday Sailing Club officials decreeing all classes sail on the Bay, resulting in a mass of colour around the course.

ABRW is hosting the Australian Multihull Championship and some of the big trimarans made an impact on the course as they spread out among the 109 boats taking part.

At one stage, Tony Considine’s new TF10, Mad Max, pushed her way into a mark rounding and became wedged in a cruising boat sandwich. Loud voices were heard….

In the extremely competitive Division 1, Julian Griffiths Extreme 40,The Boatworks, knocked off her class mate Deepwater Collective (Brad Cawthorne), for first place. Ullman Sails (Paul Mitchell) broke up the Extreme party with third place. The trio of Queenslanders are top three overall after two races, in the same order.

“We finished in time for lunch, a few beers, a shower and a nap, ready for the night ahead at Whitsunday Sailing Club,” a pleased Julian Griffiths said early this evening.

“Today was one of the most exciting day’s sailing I’ve ever had. All four Extremes had a go at leading. Two boats lost crew members because we go so fast, so it put them on the back foot. But one came back and overtook us. It shows how fairly matched we are.

“We didn’t really know how it would be between us, as three of them were only bought recently and their first race experience is here at Airlie Beach. We were here in 2016, but didn’t have anyone to pace with. It’s great checking out speed, height etc. because we have boats to pace with. It will make us all better.

Griffiths continued: “Today was ideal for us – flat water – although there were a few holes in the course that some fell into and got spat out the back. Today we topped out at 23 knots going down towards Grimston; a good ride.

“Hopefully tomorrow the guys will get their confidence back and get back into it. We’re looking forward to seeing the different speeds in the forecast 15 knots.

In Multihull Division 2, Clive Kennedy’s cleverly named Evil Gnome; a Farrier 85sr from NSW is leading overall after pulling off a win yesterday and second place today. John Williams, a former well-known ocean racer from Victoria, is second overall with Tyee III, his Catana 431, following a win on Day 2.

Multihulls Passage was won by Rodney and Peter Evans’ Seamore. The Seawind 1000 from Queensland won the race today to take control at the top of the board from Kevin Lord’s Seawind 1160, Vivacious (NSW).

Paul Jackson and crew were more thrilled with their win than ever: “We’re a heavy boat with luxuries like a toilet, cushions on bunks and more,” he said laughing about his 15 year-old Thompson 870.

“Yesterday we sailed to our handicap, did a basic job, so had no expectations in the light air again today. We were sailing nicely, got passed and we overtook again. A lesser crew would have panicked,” he said laughing, “but we are six experienced crew and got the kites up and down without problems.

“We were in the right breeze at the right time; so I won’t put our win down to seamanship, it was more good luck. Tomorrow might come back to bite us, especially if the guys party on too hard at the Club (WSC) tonight,” the Victorian ended with more laughter.

In IRC Racing Division 1, Marcus Blackmore’s TP52, Hooligan finished on top of the pile, with Ray Roberts’ Botin 40, Team Hollywood filling out second. Yesterday’s winner, Gordon Ketelbey and his TP52, Zen filled out third. All three boats are from NSW.

The new REO Speedwagon sits at the top of the leaderboard after winning Race 1 on Day 1 and finishing fourth today. Last night before the results came out, Sydney sailor York thought they had finished third, so a nice surprise for him.

Malcolm Dean’s The Stig, a Shaw 50, had the goods today, outsailing Luke Ratcliff and family on RE-Heat. She is York’s former REO design. All three boats are from NSW. It’s anyone’s guess who will be on the podium at the end of Airlie Beach Race Week Festival of Sailing.

Full results and all information: www.abrw.com.au. 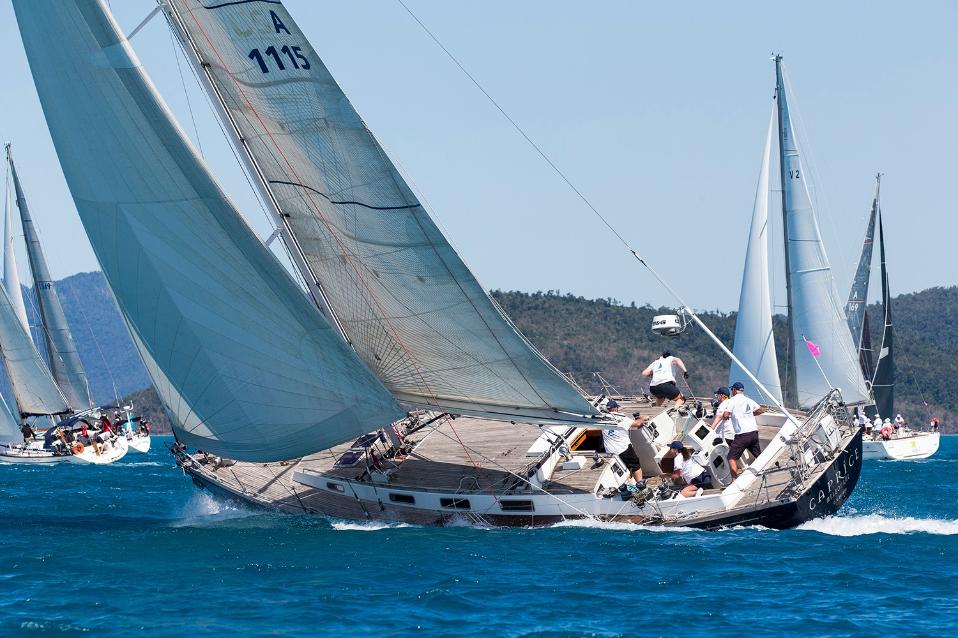 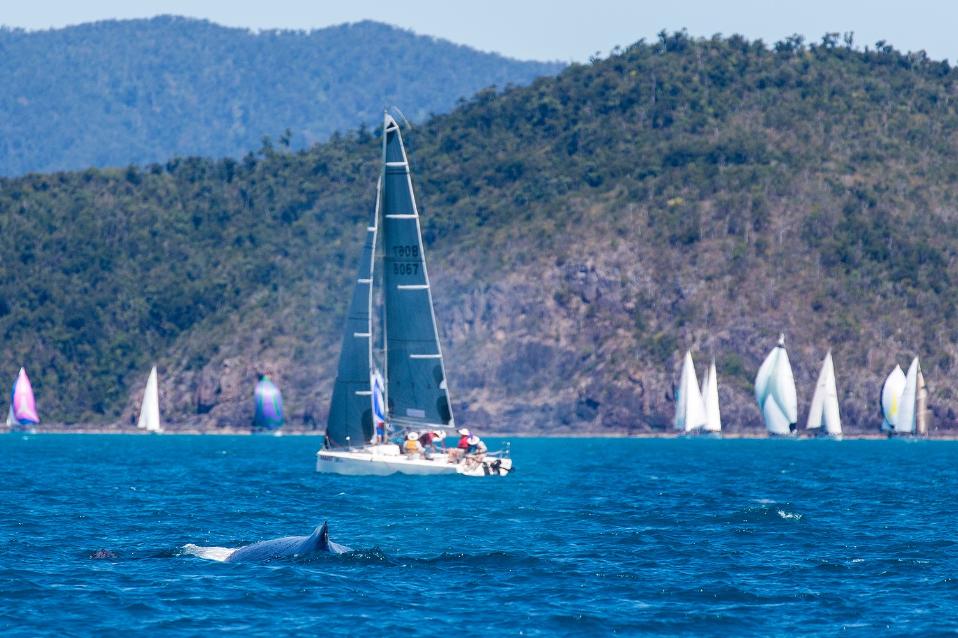