After the summer’s devastating bushfires, the New South Wales government announced a plan to airdrop one million poisoned baits in the state’s most vulnerable regions over the next year. The plan is aimed at protecting surviving native animals from foxes, feral cats and wild dogs.

This isn’t the first time aerial baiting has been used in NSW recently. As the fire season got underway in September last year, the government’s biannual aerial baiting program scattered baits over nearly 8 million hectares in the Western Division alone - dispensing 43,442 aerial baits and 115,162 ground-laid baits over the drought-stricken region.

In a study published this week, I explore Australia’s history as pioneers of this technology. The review raises serious concerns about the ethics and poor results of baiting programs, and the high uptake of baits by non-target species such as marsupials.

Aerial baiting has been Australia’s foremost weapon against pest species for the past 74 years. The initial target was the dingo, to protect unguarded livestock from being killed.

It started on Remembrance Day in 1946. Around 367,000 dry meat baits were airdropped across Queensland, each containing enough strychnine to kill an adult dingo. The campaign was considered a victory, despite only recovering one dingo carcass during the initial operation. Livestock predation apparently decreased; tracks in the sand vanished.

The following year, 1.5 million baits were distributed. Then in 1948 the quantity increased to 2.5 million baits across remote regions of Queensland and the Northern Territory. 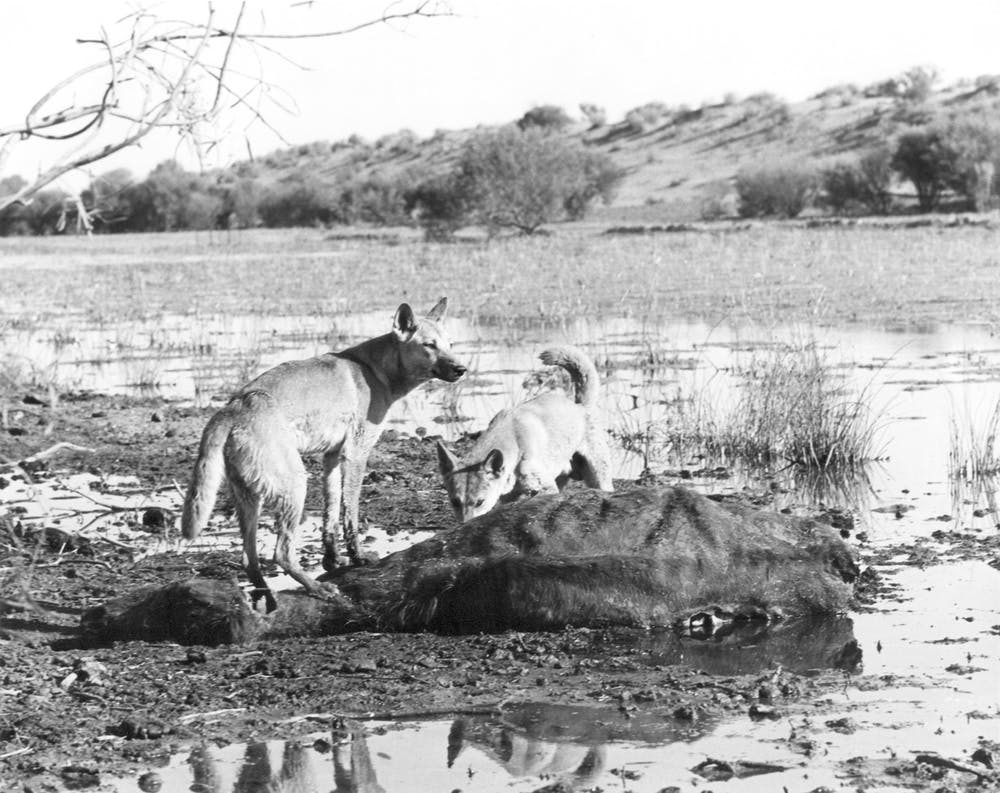 Livestock predation decreased after airdropping baits, but at what cost? CSIRO Science Image, CC BY

Thousands of baits to kill one dingo

The strychnine tablets took up to 12 tortuous hours for the poison to deliver its lethal kill. The baits used in research trials were still toxic after 14 weeks.

There was huge public criticism of the project at the time - much of it from graziers. They claimed ants and valuable pest-eating birds – magpies, small hawks, butcher birds, crows, ibis and curlew – were eating the baits.

In response, the Queensland government set up the first monitored trials. The 1954 report from the Chief Vermin Control Officer recorded:

In the dry season campaigns, the baits are dropped on water-holes, soaks, junctions of dried water courses, gorges in hills and all places where dogs must travel or gather in their search for water and game and in their movements with pups from the breeding areas.

The data recorded an average 14,941 baits dispensed for every dingo carcass recovered. Anecdotal evidence suggests the program was considered a success. 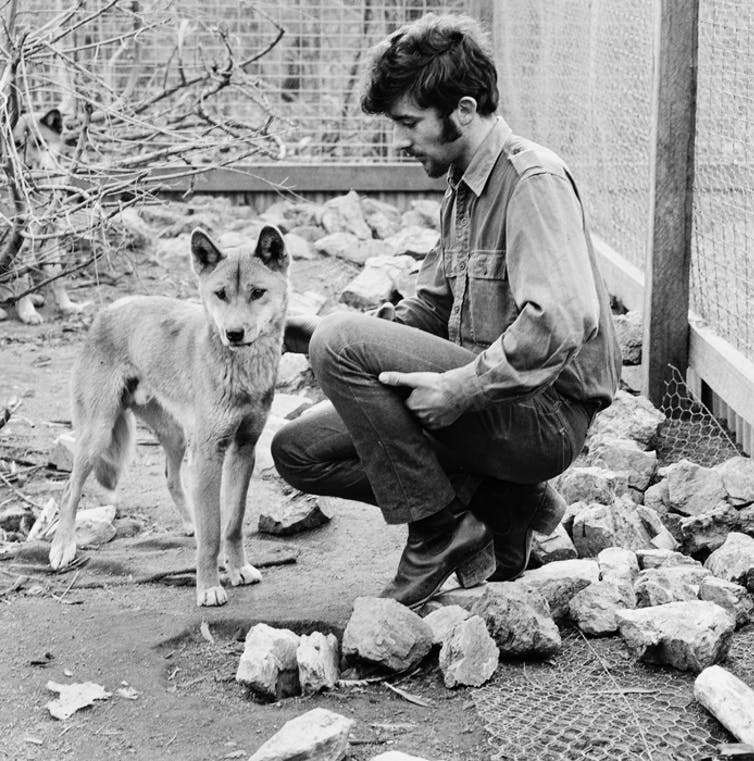 Then in 1968 – 21 years after aerial campaigns began – a four-year CSIRO study tested the effectiveness of aerial baiting. It found the 1954 report was far from conclusive – the dingoes may just have moved elsewhere. And it concluded: “clearly aerial baiting was not effective”.

But there was an important caveat:

It is important to emphasise that, though this aerial baiting campaign was a failure, such a conclusion does not necessarily apply to any other campaign.

On the strength of that, aerial baiting programs continued.

Not much has changed

Despite millions of baits applied annually to the environment since the 1940s, Australia’s biodiversity has plummeted.

Trials in the 1980s brought the bait-to-kill rate down to 750 to 1 (baits per dingo carcass recovered). This was considered a cost-effective and successful outcome.

Baits are not benign to marsupials

In 2008, the Australian Pesticides and Veterinary Medicines Authority imposed a limit of ten baits per kilometre to reduce risk to non-target species.

Pest control agencies need four times that amount of poison to achieve a successful kill rate. Yet planes have been dispensing baits at this lower and ineffective rate since 2008.

Why? It seems a balance between wildlife safety and effective canine or predator eradication isn’t possible with this technology.

In fact, it has been impossible to accurately trace the fate of baits thrown from aeroplanes into remote terrain. Even ground baiting trials have proved difficult to monitor. A 2018 trial found non-target species consumed more than 71% of ground-laid meat baits, including ravens, crows, goannas, monitor lizards, marsupials and ants.

Four young dingoes died during this trial, representing only a 1.25% uptake by target. Despite monitoring with cameras and sand traps, 599 baits out of 961 in the trial disappeared without a trace.

These baits are not benign. Repeat doses can kill marsupials; non-lethal doses can kill pouch young. Secondary poisoning can also be lethal. Applying this outdated technology to vulnerable bushfire regions is from a historical viewpoint, potentially hazardous.

If aerial baiting continues, aerial surveillance could at least follow the fate of the one million baits and tell us what and who is eating them – who lives and who dies in the stripped-bare landscape.

One thing is for certain: halting the program would prevent hundreds of thousands of these poisoned meat baits ending up in the stomachs of our treasured native animals.

This article was originally published in The Conversation, click here to read the original report. Republished under a Creative Commons licence.