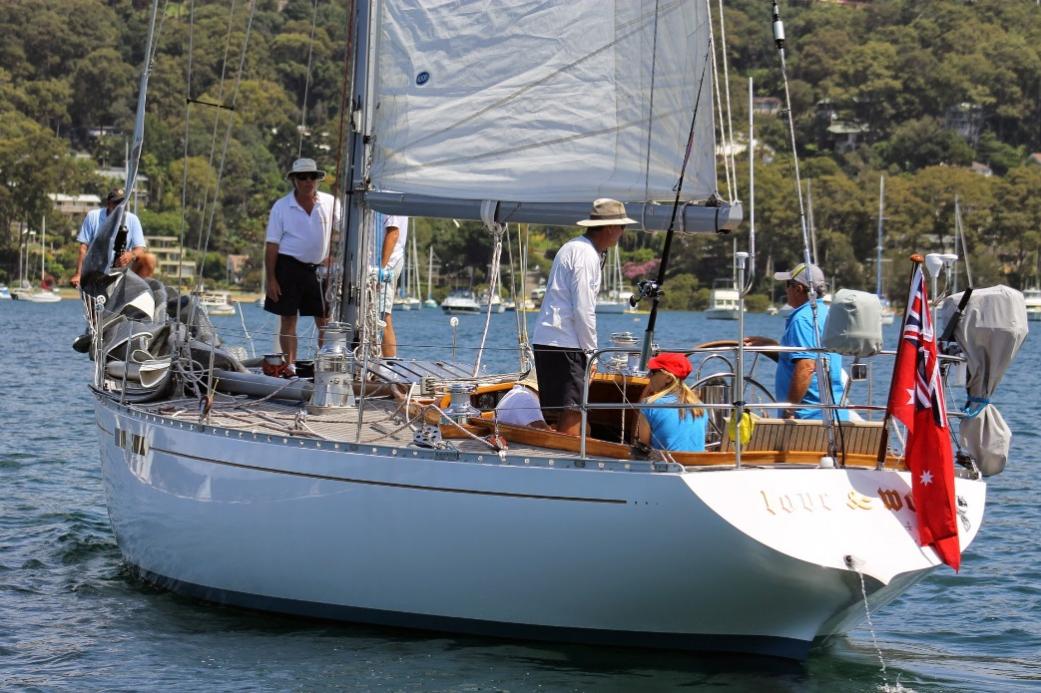 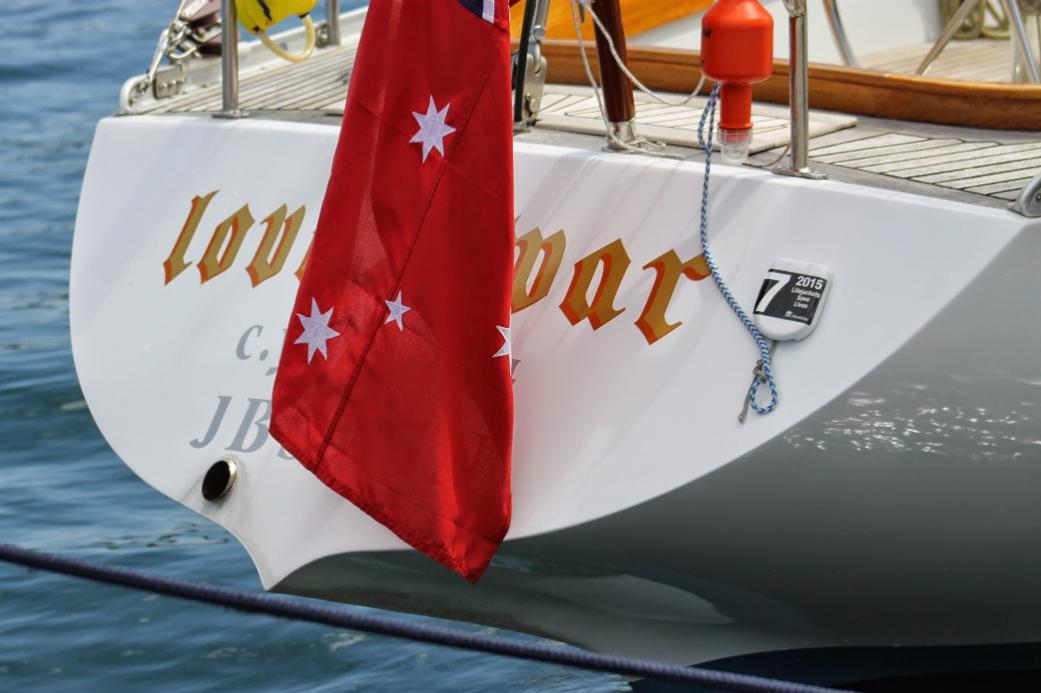 The Admiral’s Cup Anniversary Regatta has already outgrown expectations, as David Salter reports.
When an informal committee of offshore veterans first met six months ago to put flesh on the bones of a Classic Yacht Association of Australia idea to hold some form of a regatta to mark the 50th anniversary of Australia’s first win in the Admiral’s Cup, their aim was to attract a fleet of 10 yachts.
It now seems likely that more than twice that number will take part in the event to be sailed in Sydney on December 1, 2 and 3.
“What most of us believed would be not much more than a few nostalgic toddles around the Harbour has taken on a real life of its own”, says regatta chairman David Champtaloup. “We’ve been amazed by the response.
“Boats are coming from as far away as Queensland and Tasmania to join the Sydney and Pittwater entrants. There are already around 20 solid entries with a few more expected. Old crews are getting back together. It promises to be quite an event.”
Jointly hosted by the Sydney Amateur Sailing Club, CYCA and RSYS, and with continuing support from the Classic Yacht Association of Australia, the regatta comprises two around-the-buoys harbor races and one short offshore. The specially commissioned first place trophies for each race are named after the three members of Australia’s victorious 1967 team – Balandra, Mercedes III and Caprice of Huon.
Caprice and Mercedes III will compete in the 50th Anniversary Regatta, however Balandra is still being restored in Tasmania.
Entry is open to any yacht that represented Australia in the Admiral’s Cup or contested the selection trials. The illustrious old ocean racers that will be racing in December include Love & War, Kingurra, Syonara, Mister Christian, Camille, Vittoria, Sagacious V, Impetuous, Spirit of Koomooloo (the first Ragamuffin) and the original Wild Oats.
They will be competing against Mercedes IV, Too Impetuous, Black Magic, Auric’s Quest, Apollo VI and Salacia II. In addition, Lorita Maria and Anitra V have been invited to join the fleet in recognition of the enormous contributions made to Australia’s Admiral’s Cup challenges by Norman Rydge and the Halvorsen brothers.
The SASC is providing Race Management for the two Harbour races while the CYCA will manage the short offshore event.
Organising committee member Peter Shipway – himself an Admiral’s Cup veteran – has been heartened by the enthusiastic response from former skippers and crew.
“They’re all coming out of the woodwork”, he says. “Most of them have put their hand up for a ride on one of the boats. Some of the older blokes have settled for a spot on the spectator boat, but we’ll do our best to make sure anyone who’s up for it can sail as guest crew for at least one of the races.”
Among those who’ve already indicated they’ll be racing are some of the most celebrated names in Australian yachting. They include Col Anderson, Rob Brown, Peter Mounsey, Bernie Case, Richard Chapman, Phil Edmonds, Tony Ellis, Gary Geitz, Peter Hemery, Mike Hesse, Peter Tierney, John Wigan, Doug Paterson and Bruce Gould.
Syd Fischer, who captained the Australian team in the Admiral’s Cup six times, is a co-patron of the anniversary regatta with Sir James Hardy and Gordon Ingate. Fischer remembers how the quality of our offshore yachts and sailors shocked the European and American teams.
“We’d sailed against each other here to be selected, and that got pretty hot. Over there, they got a bit of a surprise at how good we were – and it came as a bit of a surprise to us, too!”
Chair of the regatta organizing committee, David Champtaloup, says he has been overwhelmed by the support coming from the Classic Yacht Association and all the Sydney clubs.
“It’s very heartening”, he said. “The event has clearly struck a chord with the yachting community. The SASC, CYCA, RSYS and RPAYC haven’t hesitated to provide their assistance with the staging of the regatta and the on-shore hospitality events. It will be a genuine multi-club celebration.”
Two of the Regatta Patrons – Gordon Ingate and Sir James Hardy – will be sailing as guest helmsmen. No doubt the third patron, Syd Fischer, will offer his usual robust brand of criticism from a dry berth on the spectator boat.
There will social occasions for sailors, family and friends after each day of racing.
The formal welcome dinner is at the RSYS on the evening of Friday 1 December, followed by a crew party at the CYCA following the offshore race on Saturday 2 and a final presentation BBQ at the Sydney Amateurs on the Sunday.
For further information contact: Peter Shipway at peter@barlowdistributors.com.au or, David Salter at davidelva@alpha.net.au

May 20th, 2017:
David Salter reports on the planned celebrations for a landmark yachting anniversary
Fifty years ago a team of three Australian yachts arrived in Cowes to take on the world. Two years earlier, in 1965, our first challengers for the Admiral’s Cup, Caprice of Huon, Freya and Camille, had been snobbishly mocked by the British yachting establishment as being too small and old fashioned. The Poms soon had to eat their words as the Australians went very close to winning the Cup at their first attempt
When Caprice of Huon returned in 1967, this time with Balandra and Mercedes III, the Aussie team was better prepared for the tricky racing in the Solent and the Channel, and the tough Fastnet Race that closes out the Admiral’s Cup series. They beat the crack three-boat teams from Great Britain, France, Spain and the USA by a whopping 107 points. And just to rub it in, Mercedes III, Balandra and Caprice of Huon finished first, second and third in the individual points score. It was a complete victory, and Australian offshore racing had arrived on the world stage.
A group of local yachtsmen, all with a connection to the Admiral’s Cup, are now organizing a special, one-off Regatta to mark the 50th anniversary of that first Admiral’s Cup win. Staged jointly on Sydney Harbour by the SASC, RSYS and CYCA, the racing will be held over three days on December 1, 2 and 3. There will also be a full “après racing” social program over that weekend hosted by the participating clubs.
As important as re-uniting the yachts that represented Australia will be the opportunity of bringing the crews together again. Admiral’s Cup veterans whose original “ride” is no longer racing will be welcome to join the crews of other boats in the regatta.
In keeping with the “three-boat team” theme, the Admiral’s Cup Anniversary Regatta has three co-patrons: Sir James Hardy OBE, Syd Fischer OBE and Gordon Ingate OAM. All three have distinguished Admiral’s Cup records.
Entry is open to any yacht that either represented Australia in the Admiral’s Cup or competed in the selection trials. The records show that upwards of 60 yachts might qualify for the Regatta. Many of those may no longer be in racing trim and some, such as the legendary Freya, are now overseas. Nevertheless, a fleet of 10-15 is expected, including some from the 1965 and 1967 campaigns, led by the ageless Caprice of Huon and Mercedes III.
Some of the other famous names we might see racing each other again include Camille, Impetuous, Police Car, Balandra, Salacia II, Challenge, Love & War and Mister Christian. There will be one race per day – two on the Harbour (Friday and Sunday) and a short offshore event on the Saturday.

History Of The Admiral's Cup
THE BEGINNINGS 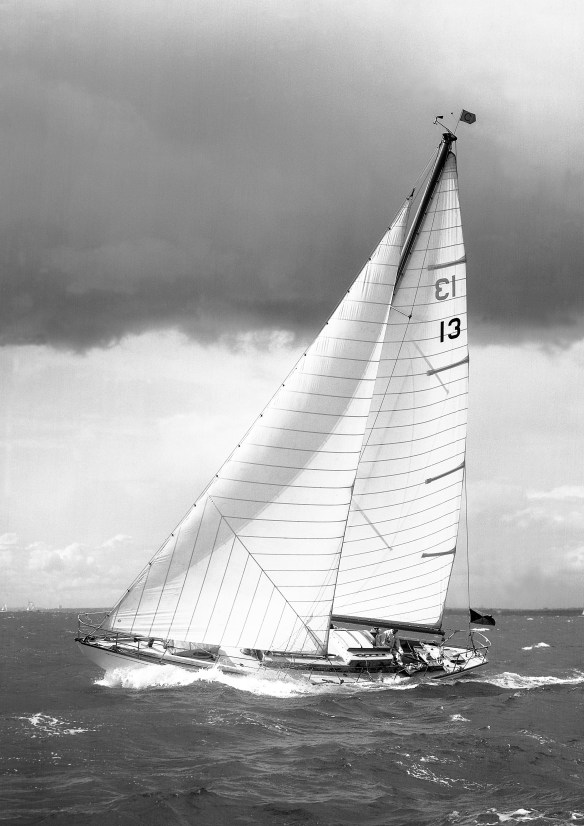 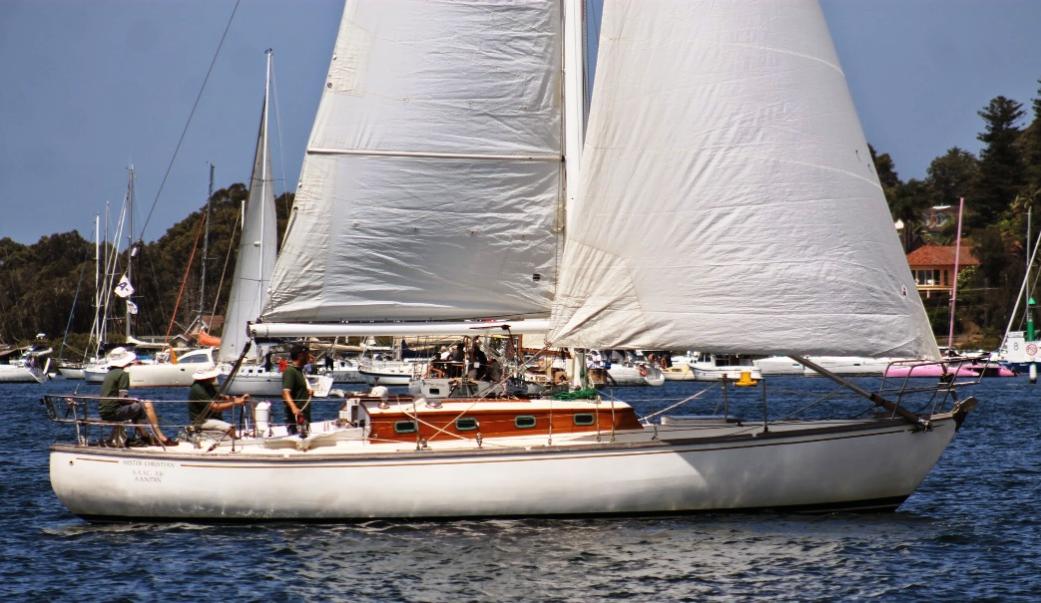 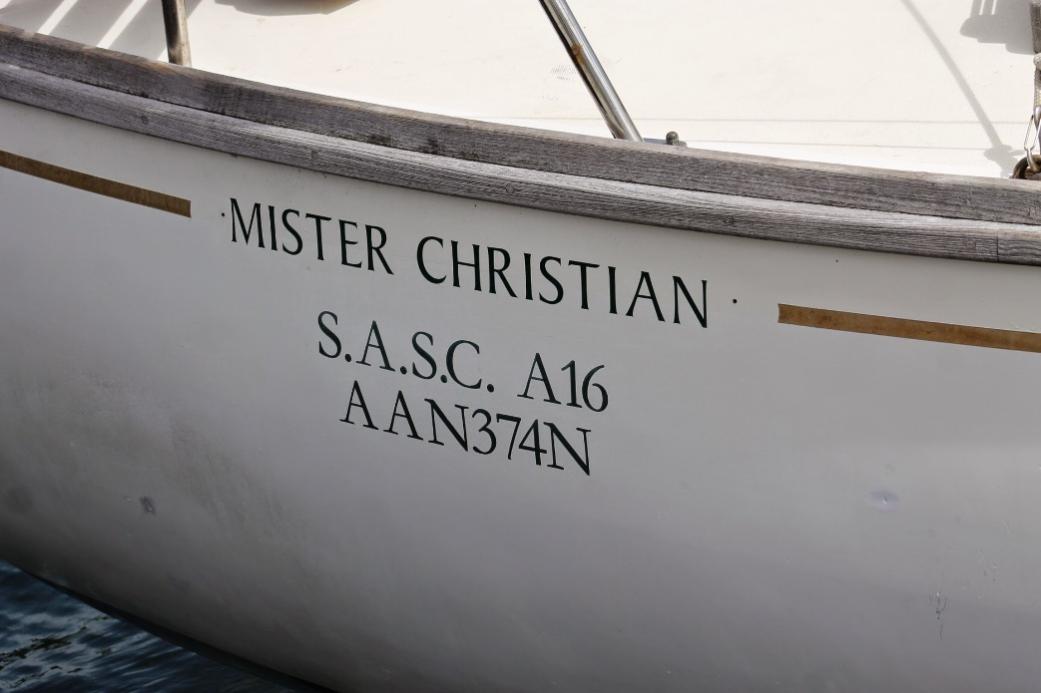