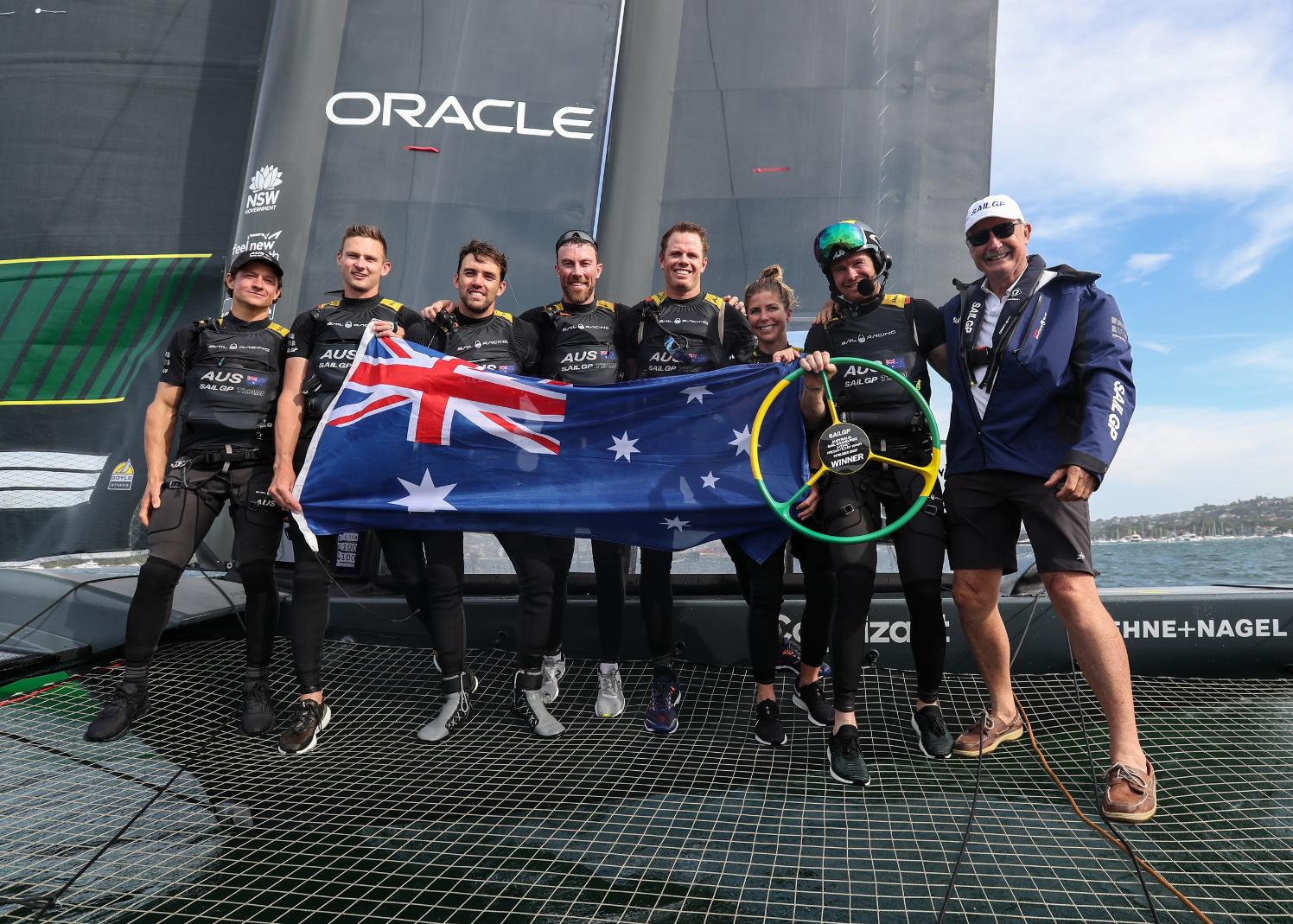 The Australia SailGP Team booked their place in the Season 2 winner-takes-all Grand Final with one event to spare by winning their home Sail Grand Prix in Sydney on Saturday.

Tom Slingsby’s team delivered under the pressure, beating the United States and Spain in the three-team Final on Sydney Harbour to claim their fourth event victory of the season, moving onto 55 points to guarantee a spot in the all-important Championship decider in San Francisco.

The USA, Driven by Jimmy Spithill, also qualified for March’s Grand Final on their home waters with their second-place finish, while Japan - who remarkably finished fourth in Sydney despite missing an entire race on Day 1 due to their horror collision with Great Britain - look in a strong position to claim the last spot in the season finale.

It was Nathan Outteridge’s Japan, sailing in a hybrid boat comprising the hull of Great Britain’s F50 and their own wing and foils, who claimed the opening win on an incredibly windy Day 2 on Sydney Harbour.

The United States SailGP Team had a front-row seat to a disastrous collision last night at the Australia Sail Grand Prix presented by KPMG between Great Britain and Japan, two of its closest rivals throughout SailGP’s Season 2.

Just before the start of Race Three, as the American and British F50’s were fighting for starting position, Great Britain SailGP Team Driver Ben Ainslie failed to see Japan below him resulting in a last-second avoidance manoeuvre.

The British F50 leapt into the air, its daggerboard cleanly slicing off the entire front of Japan’s boat as it landed, causing extensive damage to both boats. No one was injured in the incident.

With Great Britain ruled out of the rest of the Sydney event, and Japan still uncertain it will have a boat to race later today, the incident has significant consequences on the overall leaderboard. Both teams, plus the United States and Australia, are in contention to qualify for the Grand Final in San Francisco, March 26-27 and race for $1 million.

This Sydney race is the penultimate event on the SailGP Season 2 calendar.

U.S. SailGP Team Driver Jimmy Spithill said: “Ben rolled over the front of our boat, and the collision happened right in front of us. Clearly, he just didn’t see the Japanese boat.”

Ainslie, a four-time Olympic gold medalist, admitted, “We just didn’t see the other boat. We were focused on America and worried about the top of the [start] line. The first time I saw Japan was as we were just about to hit them. It’s the end of our season in terms of making it to the final race in San Francisco. It will be impossible for us to make it.“

SailGP race officials ruled that the British, as the at-fault boat, will receive a six-point event penalty for causing serious damage, plus incur a two-point penalty on their overall season scoring.

New Zealand looked to have wrapped up the victory in fleet race four as they started strong, kitted out with the smallest wing and high-speed foils, and dominated much of the race. But Japan managed to catch up with the Kiwis, and pushed them close during the final race to the finish line.

Peter Burling’s team crossed the finish line first, but a penalty awarded to the Kiwis moments before their finish meant Japan were actually crowned victors in the official rankings.

Outteridge kept up his top-class performance in the following fleet race - again finishing first - but, despite doing all he could do, it was not enough as the USA and Spain snuck into the Final ahead of Japan by just a single point. 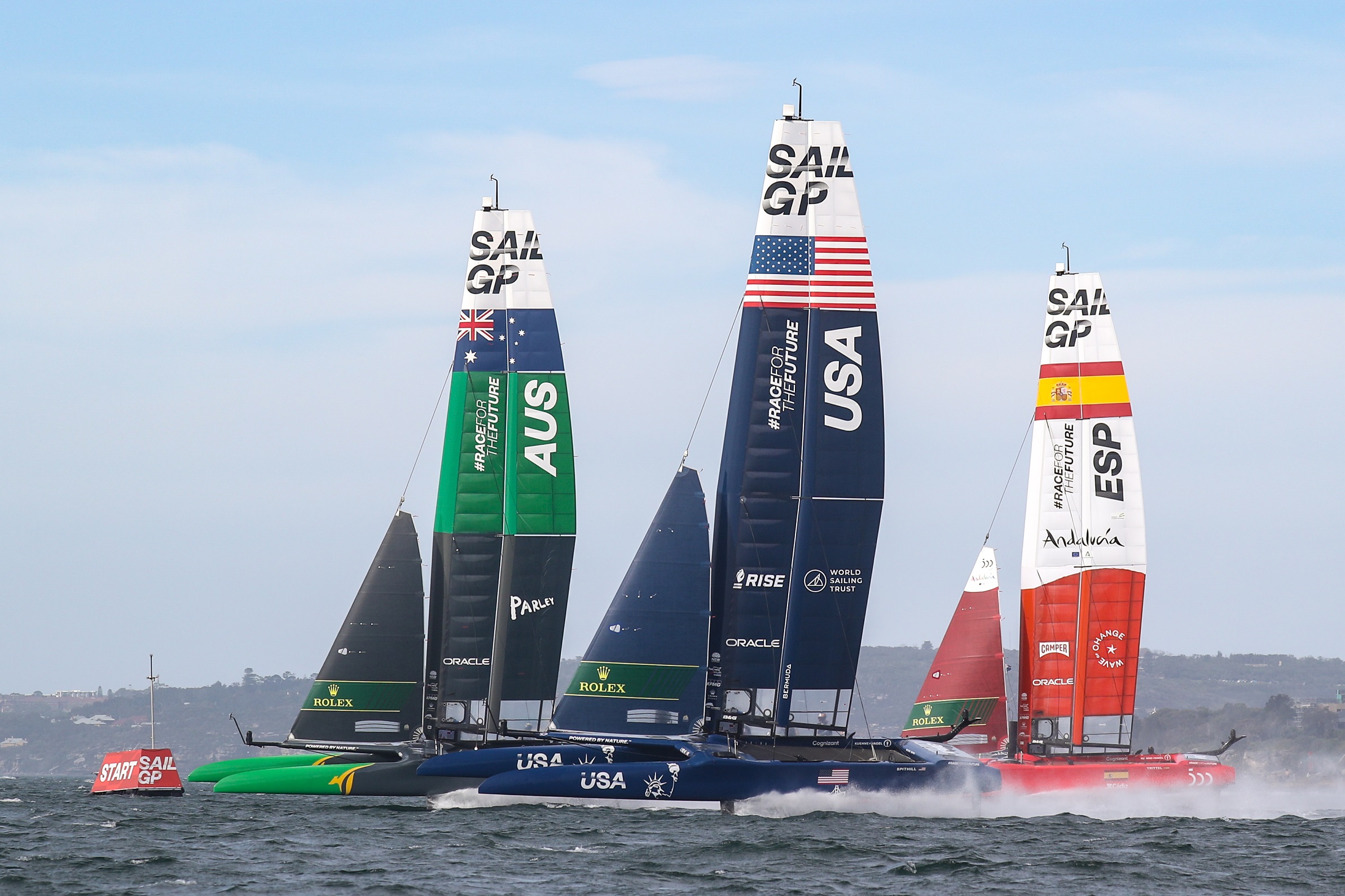 Australia ended up winning their home event on Sydney Harbour, beating the United States and Spain in the Final.

The Final itself was a one-sided affair as Slingsby’s Aussies dominated when it mattered, gaining the lead early and never conceding it to win on home waters and delight the overjoyed crowds - and move one step closer to retaining the SailGP Championship.

The Australia SailGP Team posted on their Facebook page after the win;

''We can't tell you what it means for us to be able to take the win in front of our fellow Aussies, family and friends.''The Australia Sail GP Team is: Tom Slingsby CEO and Driver - his hometown is Gosford, Kyle Langford Wing Trimmer (also served in this capacity for the Australia SailGP Team in Season 1), Jason Waterhouse as Flight Controller and Tactician, his second season in this role too - his home waters?; Pittwater, Sam Newton his second season as Grinder, Kinley Fowler Grinder; also served as grinder and flight controller for the Australia SailGP Team in Season 1, Nick Hutton, who joined the Australian team for Season 2 as a grinder, Nina Curtis, Olympian and athlete joined the Australia Sail GP Team this season - her home waters?; Pittwater! 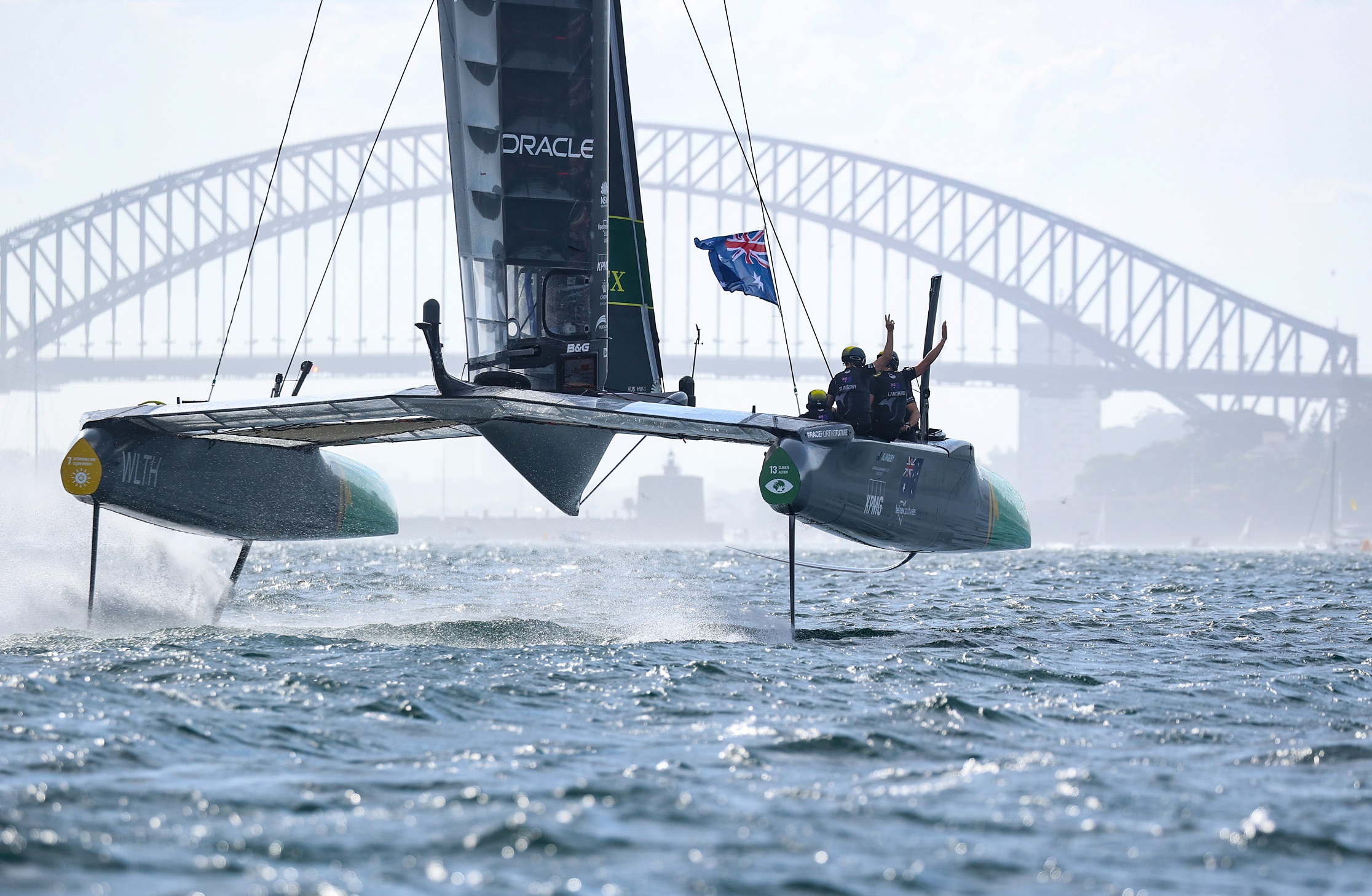 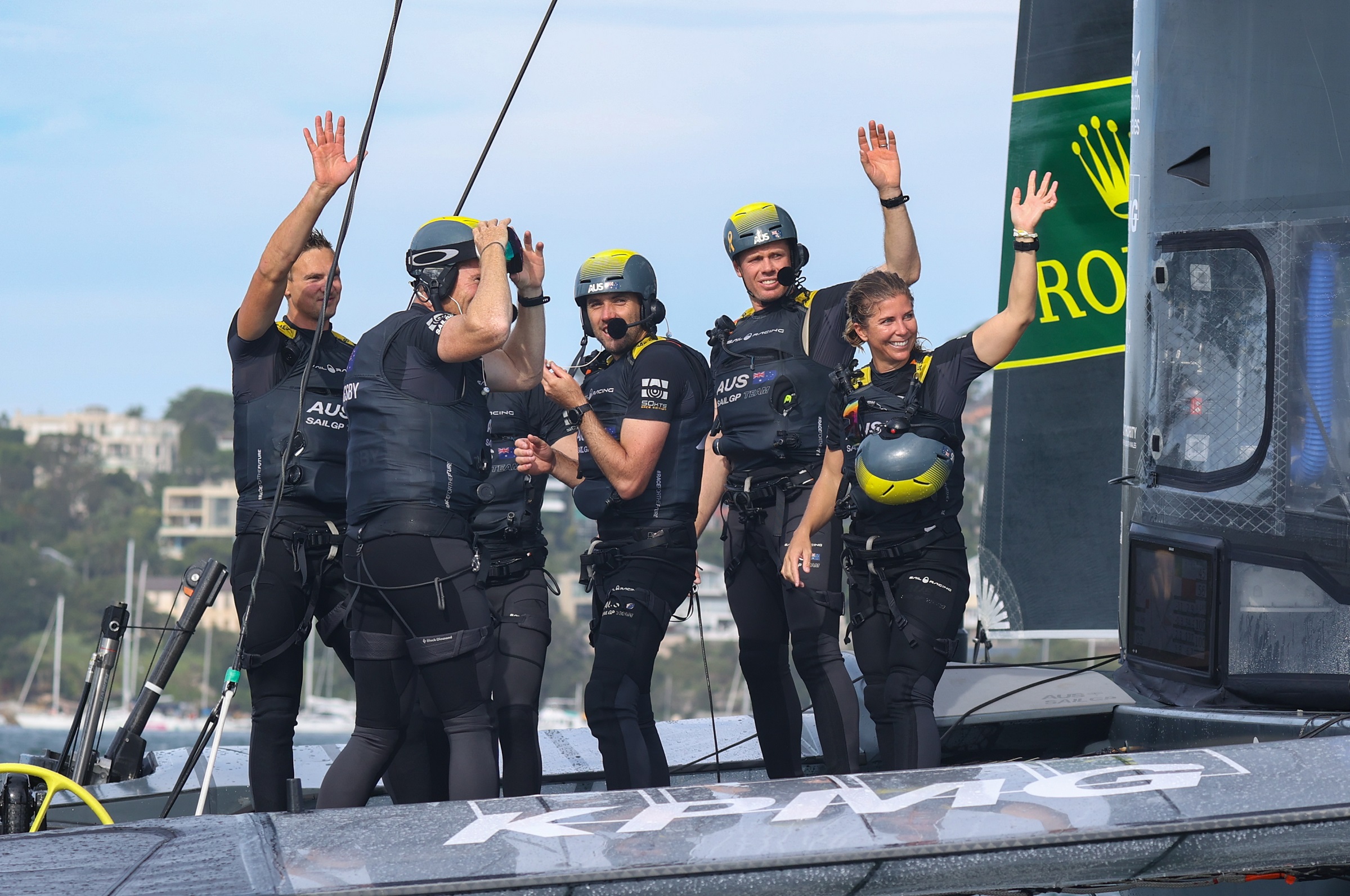 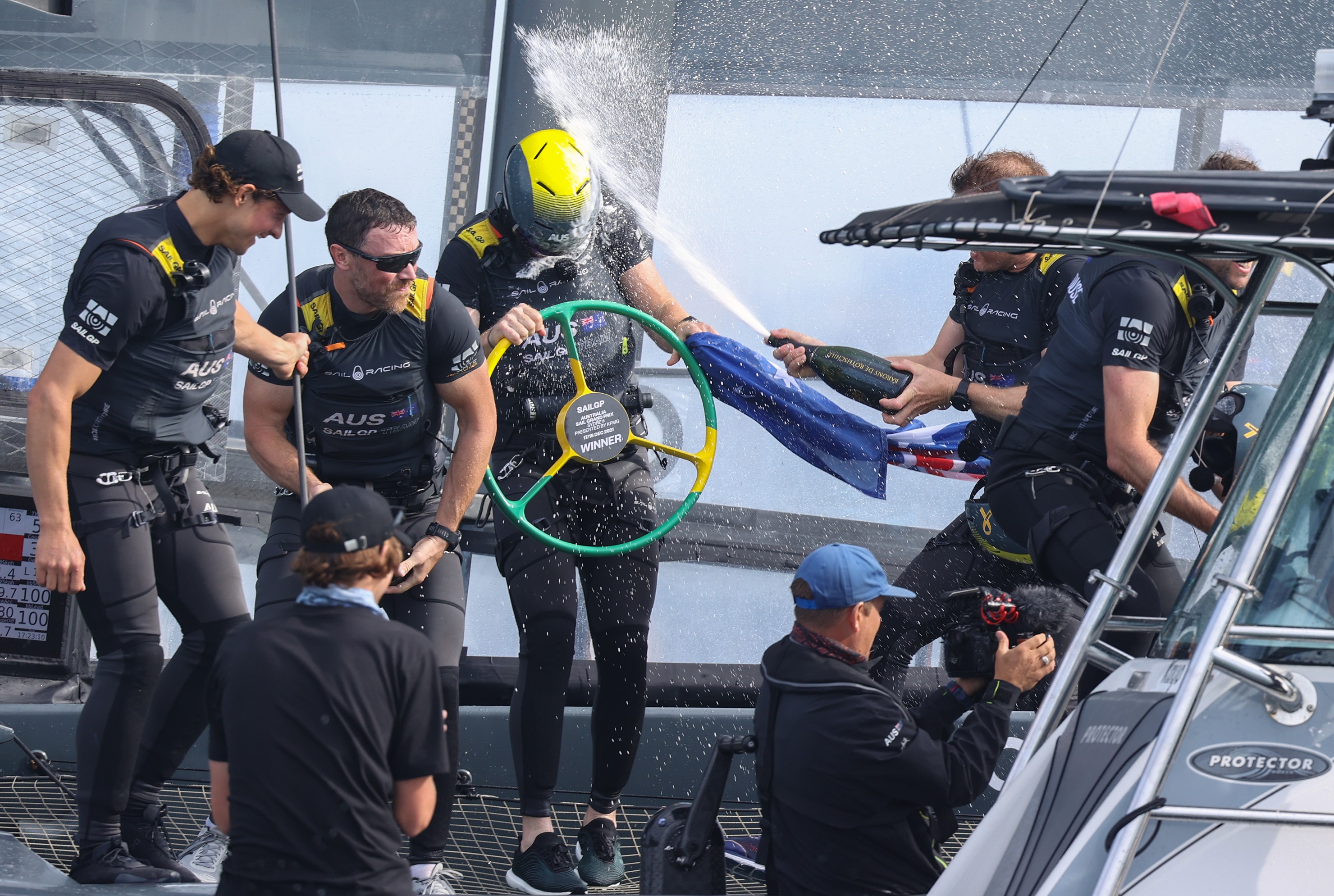 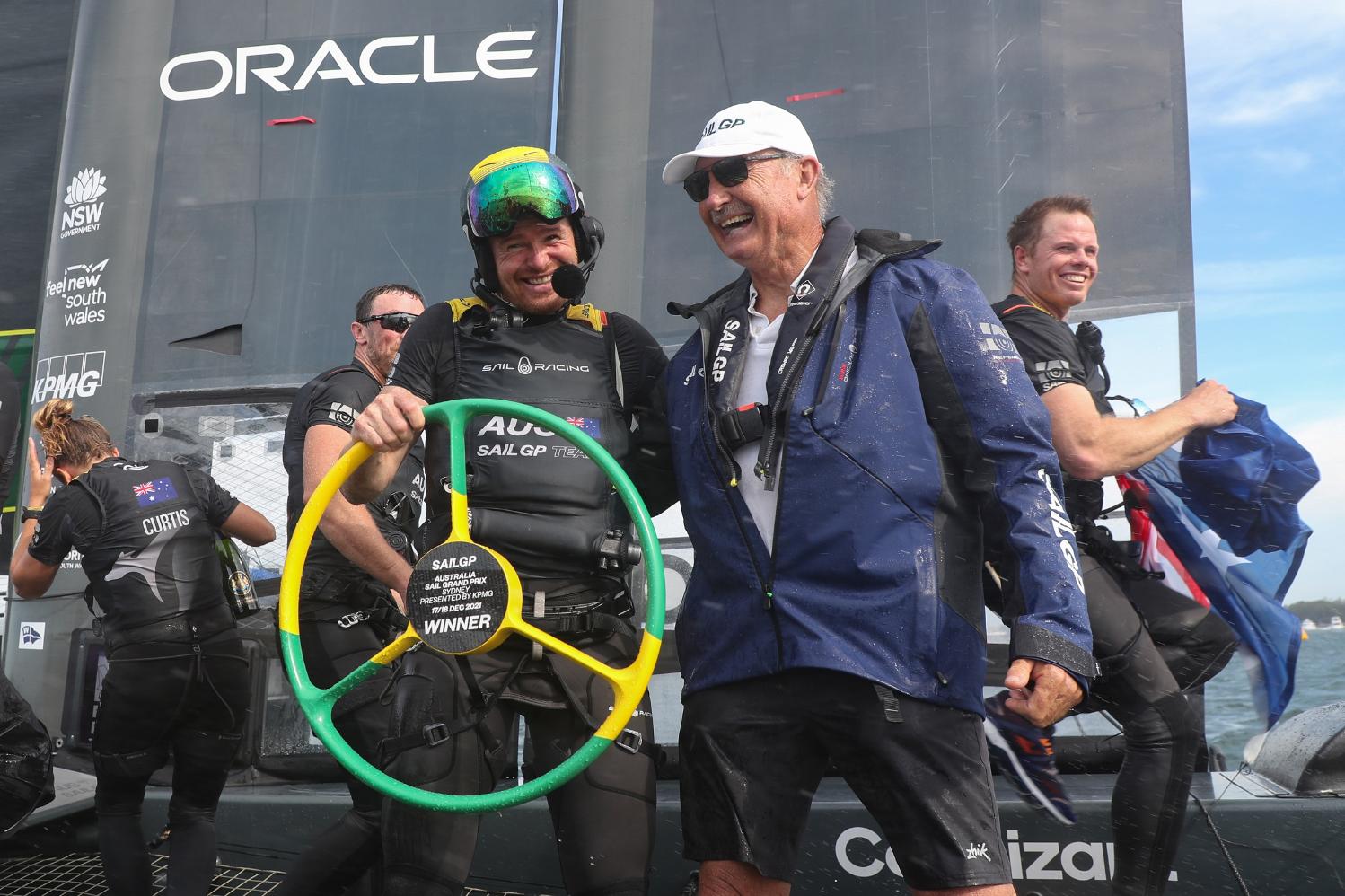