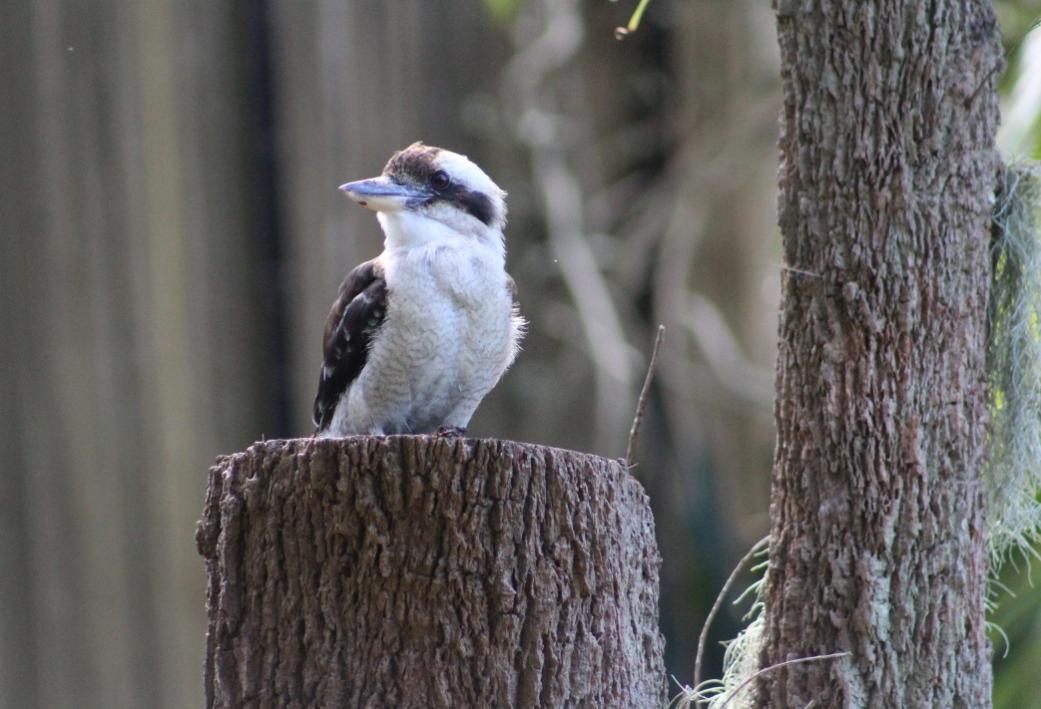 THE KOOKABURRA was always a very contented bird, and even though he has never been able to sing he never be-came jealous of those who could.
He was not even in the least annoyed when he heard the lyre-bird boast one day that he was able to sing much better than any other bird.
However, some who heard this foolish boast became angry and gathered together to see if anyone could sing better than the lyre-bird.
But as each one sang, the lyre-bird copied its song and sang it more sweetly than ever before.
Now the kookaburra, who was fat and contented even though he could not sing at all, was amused to hear everyone trying so hard to sing nicely.
It all seemed so very funny that at last he burst out laughing.
But the lyrebird thought that the laugh was the song of the kookaburra and tried to copy it; and this made the kookaburra laugh so loudly that the lyrebird was forced to admit that he could not do it so well.
Even today the kookaburra can laugh much more heartily than the lyrebird, and when he thinks of this he laughs so loudly and merrily that all the bush seems to be ringing with his happiness.
From: ABORIGINAL LEGENDS: THE KOOKABURRA (1952, October 3). The Argus (Melbourne, Vic. : 1848 - 1957), p. 12 (The Argus Magazine). Retrieved from http://nla.gov.au/nla.news-article23206765 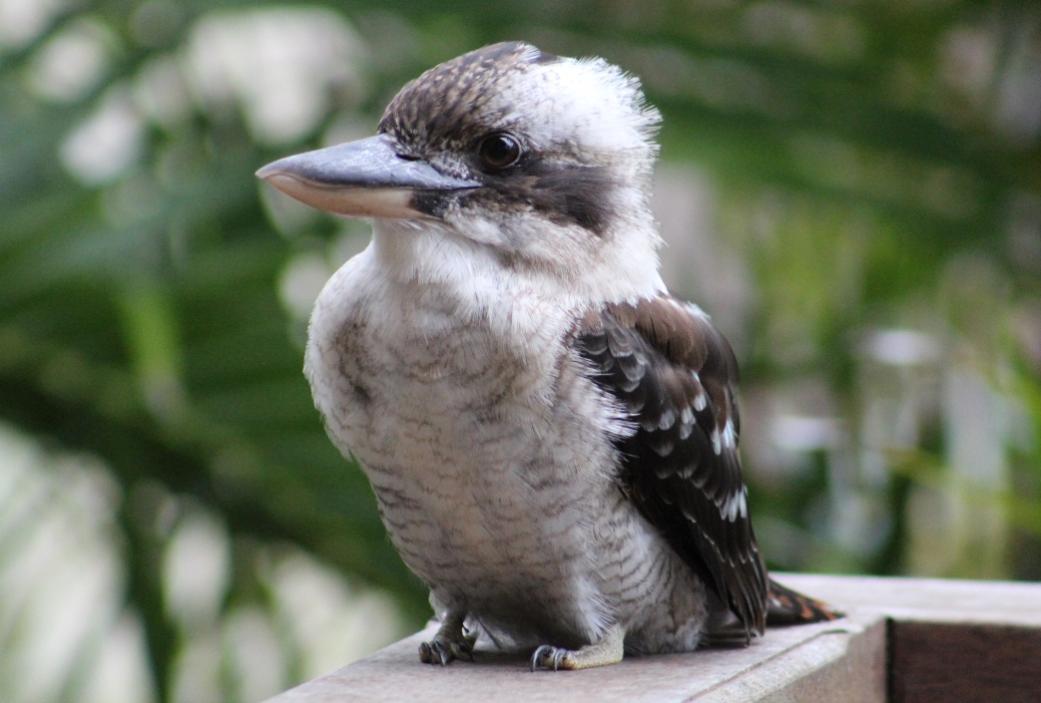 WHY THE KOOKABURRA LAUGHS: AN OLD ABORIGINAL LEGEND

This story was told to me  by an old Murrumbidgee squatter, who had it from a local tribe, although I expect that in the re-telling, he has added to it. It might be of some interest to Review readers, for I believe it to be little known. It all happened long ago, in the days when the waters had left the land. There are still in our country persistent legends which tell of the time when Central Australia was dotted with huge lakes, and even to this day the belief in an inland sea has not yet been forsaken in some quarters.
In those days, the Kookaburra was a very morose sort of creature indeed, who lived entirely upon fish. So when the waters left the land, taking the fish with them, the Kookaburra became more miserable and morose than ever, little liking his new diet. Now it came to pass that some little 'Joey' Kangaroos mischievously teased the Kookaburra, poking fun at his great beak, his lugubrious face, calling out: 'Long nose! Long nose!'
This caused the highly incensed Kookaburra to chase 'Joey,' who always escaped by jumping into his mother's pouch, shaking a decisive tall at the indignant bird. It happened one day that 'Joey,' safe in his mother's pouch, called out to Kooky: 'Long nose! Long nose!'
So Kooky waited on a nearby gum tree, hoping for a chance of retaliation. Now it happened that mother kangaroo began to browse, and "Joey," still in his mother's pouch, and feeling very hungry, also began to feed. - It so happened that every time ".Joey' got his teeth fixed into a nice juicy root, mother would stand up, and hop a few yards away. .Joey, being in her pouch, had to go with her, but no sooner did he stretch out his neck again, the better to feed on the tempting herbage, than mother would hop away.
This happened so many times, and the look of disappointment and surprise on "Joey's" baby face was so keen, that the kookaburra felt a funny sort of feeling in his throat, and suddenly he buirst out with his "Ha ha ha ho ho ho he ha. '
No animal likes being laughed at, and ever since that day "Joey" has never called out "Long nose! Long nose!"'' any more. And whenever you see two or more kookaburras sitting on the fence rail. you may be sure that one will be telling the other the story of the rude little ".Joey" who couldn't get a feed, and presently you will hear them all join in with their "Ha ha ha ho ho ho he he ha."
From: WHY THE KOOKABURRA LAUGHS (1932, April 5). The Horsham Times (Vic. : 1882 - 1954), p. 2. Retrieved  from http://nla.gov.au/nla.news-article72600067
Photos by A J Guesdon, 2017.
Tweet