A Whale’s Tale: The Story Hidden In Their Mouths - New UNSW Research Reveals How Whales Adapt To Environmental Changes 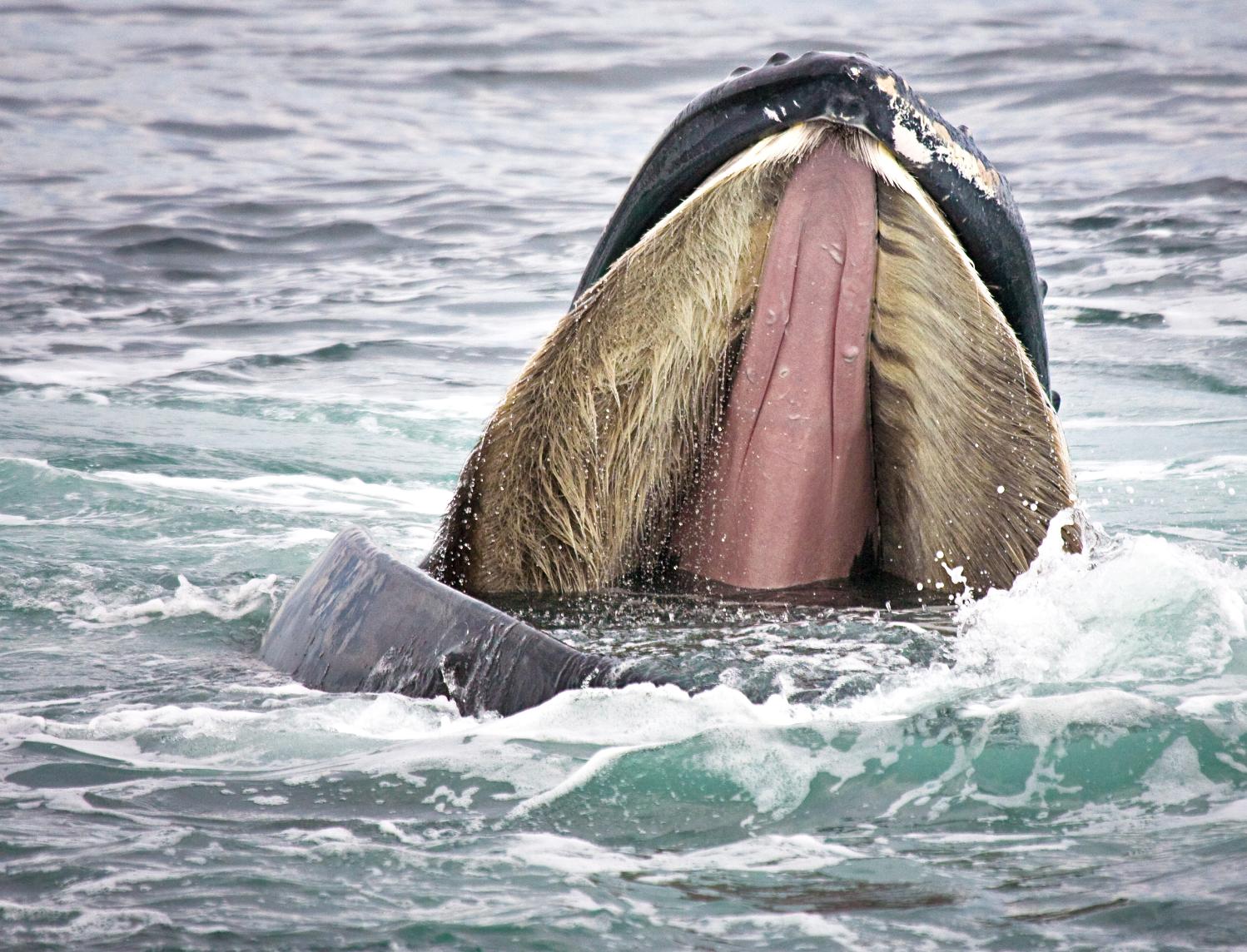 Scientists from UNSW Sydney have uncovered the secrets locked in the jawlines of humpback and southern right whales. Baleen plates -- the signature bristle-like apparatus toothless whales use to feed -- reveal how these large aquatic mammals adapt to environmental changes over time.

Baleen from filter-feeding whales -- that is, the bristle-like structures toothless whales like the humpback and southern rights rely on to feed -- holds a chemical record of their feeding patterns, which can help researchers understand changes in the whales' movements and behaviours over time.

Researchers have now shown how the changes in the dietary habits of whales going back almost 60 years correspond with changing climate cycles. The research, published in Frontiers in Marine Science, shows it's possible to link feeding patterns with climate conditions using whale baleen, which could help us understand how these large aquatic mammals may react to climate events in the future.

"What is incredible is that all of this information about dietary and spatial patterns has been unlocked just through analysing plates in their mouths," says Adelaide Dedden, the lead author of the study and a PhD candidate at UNSW Science.

In the study, the researchers compared the information stored in the baleen of humpback and right whales in the Pacific and Indian Ocean with environmental data to see whether their behaviours reflected changes in climate conditions over time.

"We found that the same conditions -- the La Niña events -- that bring us these devastating floods are also not good for the humpbacks that migrate along the east coast of Australia," says UNSW Professor Tracey Rogers, marine ecologist and senior author of the study.

"Baleen whales are enormous and need huge amounts of food. This makes them vulnerable to changes in the environment, but this is also compounded by their survival strategy," Prof. Rogers says. "They fast for the long periods when they leave their productive feeding grounds to breed. That's why they're extremely susceptible to changes in ocean-atmospheric cycles as they can drive food availability."

An animal the size of a whale isn't exactly easy to analyse in a lab environment. Instead, researchers can look at smaller hard tissues that keep a more detailed record of the animal's activity.

For filter-feeding whales, the long, slender keratin plates that hang from their upper jaw known as baleen allow them to take in many small prey at one time -- but they also lay down chemical clues known as stable isotopes that give clues about their eating habits.

"As the baleen grows, biochemical signals from their food are trapped. Like the information on the pages in a book, they don't change with time," says Prof. Rogers. "These signals allow us to reconstruct the behaviour of the whales through time -- what they ate, and the general area they were at the time."

The study found that the variability in the stable isotopes within baleen for the humpbacks matched the changes in climate cycles -- implying that the whales' feeding patterns change with climate-driven resource availability.

"Oscillation patterns in isotopes assimilated along their baleen plates are known to reflect changes in the whale's physiology, but we also found links between this isotope variability and changes in the environment happening at the time," Ms Dedden says.

Humpbacks spend their winter months in warm tropical waters to breed before travelling back to southern Antarctic waters during summer to feed. Amid this migration to the tropics, they're away from reliable food sources and must depend on their body's reserves and opportunistic prey off Australia to survive.

"As filter feeders, they rely on big aggregations of krill because it is energetically costly for them to feed," Ms Dedden says.

Antarctic krill need sea ice to thrive. Following La Niña phases, other research has found there is less sea ice concentration where these whales feed, meaning there are fewer krill for whales to consume and sustain them through their migration months.

"[With] humpbacks from the east coast of Australia showing signs of reduced feeding following La Niña periods, it means they're potentially struggling to build up the energy reserves required during summer," Ms Dedden says.

"Our colleagues have shown humpbacks are leaner -- a sign they're experiencing poor feeding conditions -- and have a higher chance of stranding in the years following La Niña events," Prof. Rogers says.

"With La Niña events predicted to increase in intensity and frequency, it unfortunately means these whales may continue to have more of these poorer feeding prospects, and we could see more strandings in the future."

Hopes for the future

While it's not clear waters for east coast humpbacks, the study found that humpbacks from the west coast of Australia who feed in the Indian Ocean showed increased feeding success during La Niña periods. In promising signs, the researchers also say their counterparts on the east coast are developing alternative feeding strategies in more temperate waters.

"East coast humpbacks have shown signs of adapting to different feeding strategies in other known productive regions on their migration route…something that future research could look at," Ms Dedden says.

The researchers hope to use the study's findings to develop models that can help predict whale behaviour in the future.

"We've worked out patterns from the historical trends from the past, and now we can use those models to make predictions into the future to see what it might look like for our whales," Prof. Rogers says.

"The information from the study will also be useful for managers now, to know ahead of time those years whales are likely to be more vulnerable so they can be prepared and, if needed, change their management strategies around whale entanglement and stranding."

While humpback whales are no longer listed as endangered, climate change still poses a significant long-term threat to the species.

Prof. Rogers says our actions today to address climate change will make a big difference for whale populations now and in the future, just like they will for us.

"We need to act now while we still can," she says.

"Acting on climate change now is good for whales but also for all of us."

Adelaide V. Dedden and Tracey L. Rogers. Stable Isotope Oscillations in Whale Baleen Are Linked to Climate Cycles, Which May Reflect Changes in Feeding for Humpback and Southern Right Whales in the Southern Hemisphere. Frontiers in Marine Science, 2022 DOI: 10.3389/fmars.2022.832075 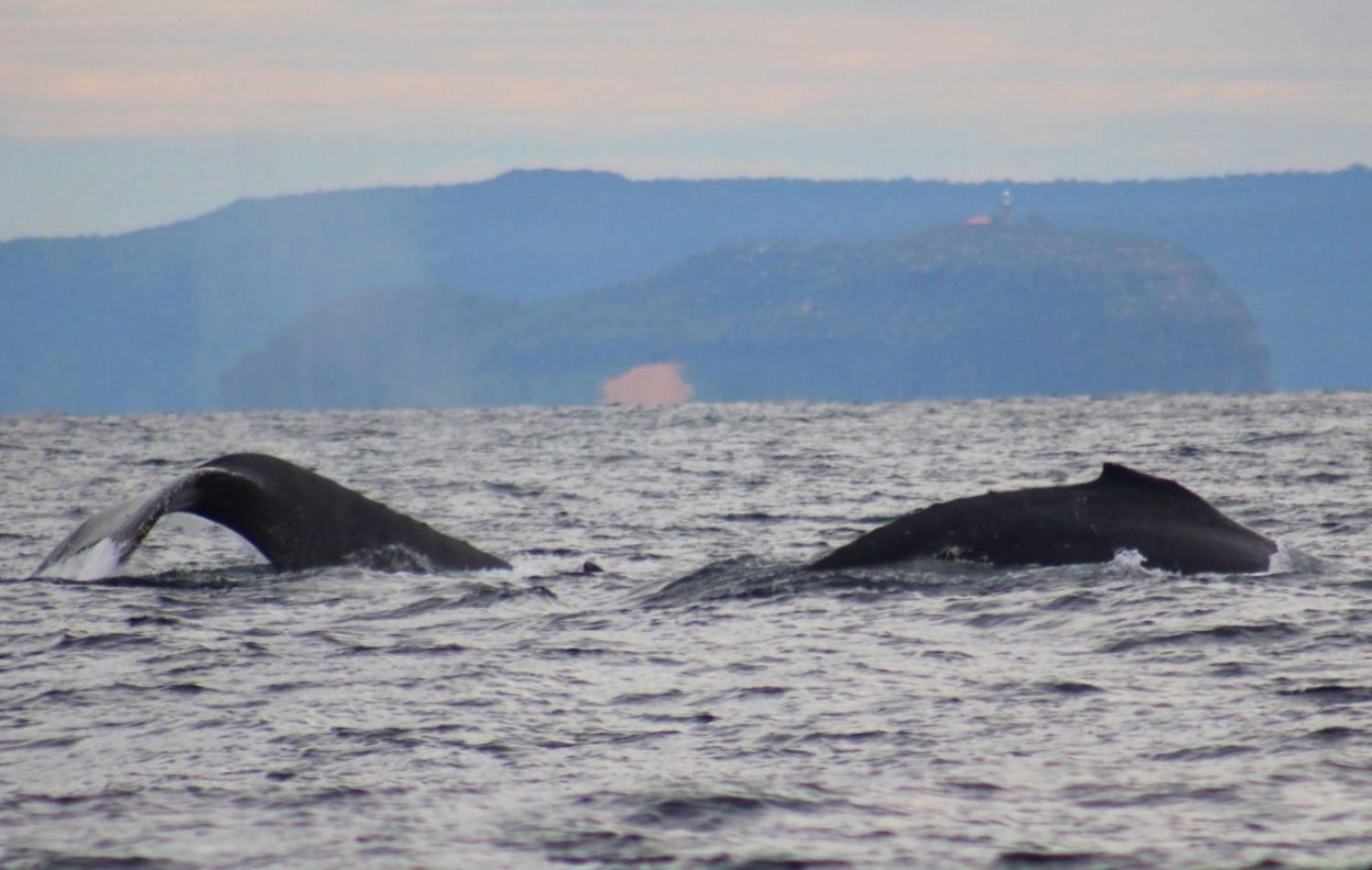