A Face For Lucy's Ancestor 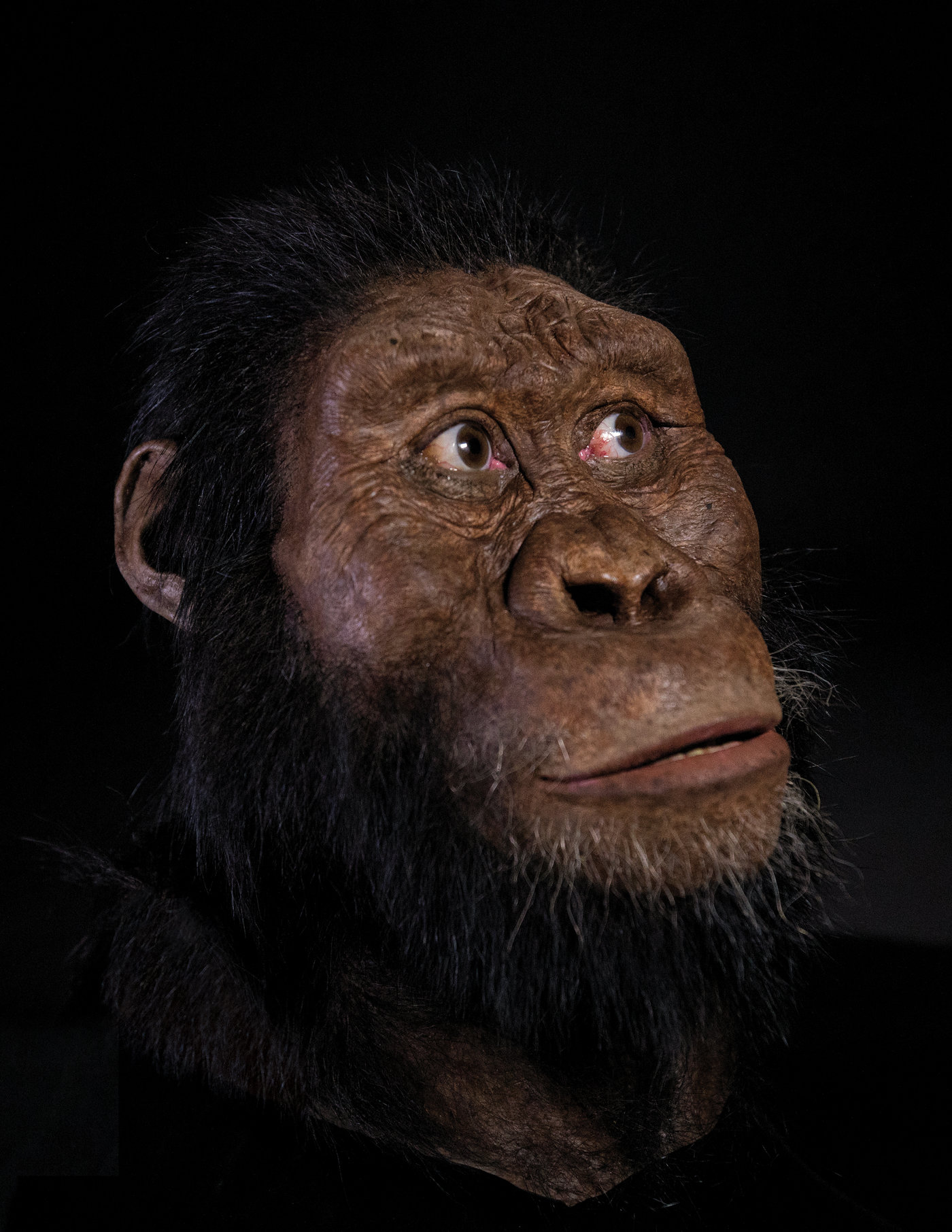 The facial reconstruction of "MRD" by John Gurche was made possible through generous contribution by Susan and George Klein. © Matt Crow, Cleveland Museum of Natural History

Australopithecus anamensis is the earliest-known species of Australopithecus and widely accepted as the progenitor of 'Lucy's' species, Australopithecus afarensis. Until now, A. anamensis was known mainly from jaws and teeth. Yohannes Haile-Selassie of the Cleveland Museum of Natural History, Stephanie Melillo of the Max Planck Institute for Evolutionary Anthropology and their colleagues have discovered the first cranium of A. anamensis at the paleontological site of Woranso-Mille, in the Afar Region of Ethiopia.

The 3.8 million-year-old fossil cranium represents a time interval between 4.1 and 3.6 million years ago, when A. anamensis gave rise to A. afarensis. Researchers used morphological features of the cranium to identify which species the fossil represents. "Features of the upper jaw and canine tooth were fundamental in determining that MRD was attributable to A. anamensis," said Melillo. "It is good to finally be able to put a face to the name." The MRD cranium, together with other fossils previously known from the Afar, show that A. anamensis and A. afarensis co-existed for approximately 100,000 years. This temporal overlap challenges the widely-accepted idea of a linear transition between these two early human ancestors. Haile-Selassie said: "This is a game changer in our understanding of human evolution during the Pliocene."

Working for the past 15 years at the site, the team discovered the cranium (MRD-VP-1/1, here referred to as "MRD") in February 2016. In the years following their discovery, paleoanthropologists of the project conducted extensive analyses of MRD, while project geologists worked on determining the age and context of the specimen. The results of the team's findings are published online in two papers in the international scientific journal Nature.

Discovery of the cranium

The Woranso-Mille project has been conducting field research in the central Afar region of Ethiopia since 2004. The project has collected more than 12,600 fossil specimens representing about 85 mammalian species. The fossil collection includes about 230 fossil hominin specimens dating to between more than 3.8 and about 3.0 million years ago. The first piece of MRD, the upper jaw, was found by Ali Bereino (a local Afar worker) on February 10, 2016 at a locality known as Miro Dora, Mille district of the Afar Regional State. The specimen was exposed on the surface and further investigation of the area resulted in the recovery of the rest of the cranium. "I couldn't believe my eyes when I spotted the rest of the cranium. It was a eureka moment and a dream come true," said Haile-Selassie. 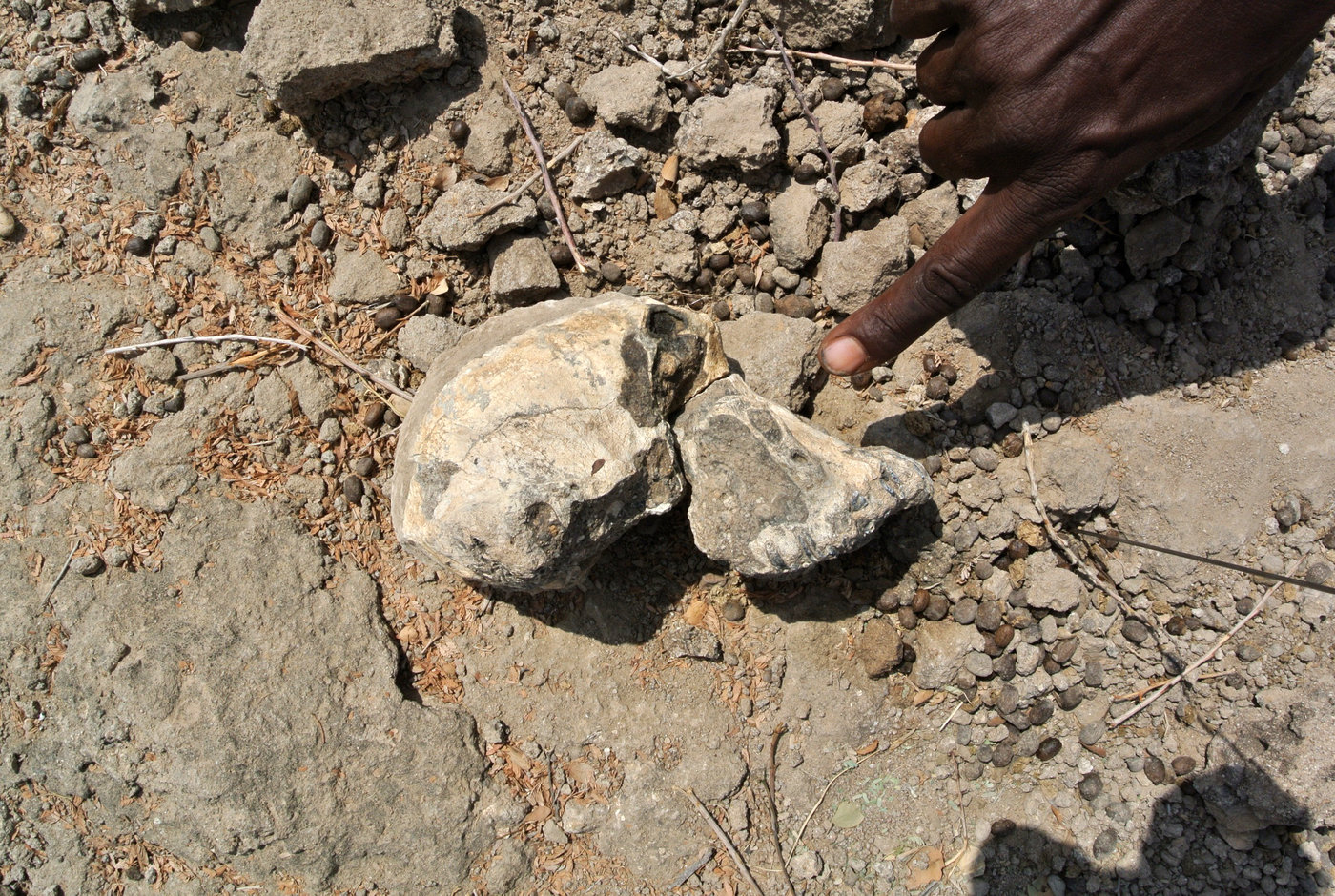 The cranium was discovered in 2016 at Miro Dora, Mille district of the Afar Regional State in Ethiopia. © Yohannes Haile-Selassie, Cleveland Museum of Natural History

In a companion paper published in the same issue of Nature, Beverly Saylor of Case Western Reserve University and her colleagues determined the age of the fossil as 3.8 million years by dating minerals in layers of volcanic rocks nearby. They mapped the dated levels to the fossil site using field observations and the chemistry and magnetic properties of rock layers. Saylor and her colleagues combined the field observations with analysis of microscopic biological remains to reconstruct the landscape, vegetation and hydrology where MRD died.

MRD was found in the sandy deposits of a delta where a river entered a lake. The river likely originated in the highlands of the Ethiopian plateau while the lake developed at lower elevations where rift activity caused the Earth surface to stretch and thin, creating the lowlands of the Afar region. Fossil pollen grains and chemical remains of fossil plant and algae that are preserved in the lake and delta sediments provide clues about the ancient environmental conditions. Specifically they indicate that the watershed of the lake was mostly dry but that there were also forested areas on the shores of the delta or along the side the river that fed the delta and lake system. "MRD lived near a large lake in a region that was dry. We're eager to conduct more work in these deposits to understand the environment of the MRD specimen, the relationship to climate change and how it affected human evolution, if at all," said Naomi Levin, a co-author on the study from University of Michigan.

A new face in the crowd

Australopithecus anamensis is the oldest known member of the genus Australopithecus. Due to the cranium's rare near-complete state, the researchers identified never-before-seen facial features in the species. "MRD has a mix of primitive and derived facial and cranial features that I didn't expect to see on a single individual," Haile-Selassie said. Some characteristics were shared with later species, while others had more in common with those of even older and more primitive early human ancestor groups such as Ardipithecus and Sahelanthropus. "Until now, we had a big gap between the earliest-known human ancestors, which are about 6 million years old, and species like 'Lucy', which are two to three million years old. One of the most exciting aspects of this discovery is how it bridges the morphological space between these two groups," said Melillo.

Among the most important findings was the team's conclusion that A. anamensis and its descendant species, the well-known A. afarensis, coexisted for a period of at least 100,000 years. This finding contradicts the long-held notion of an anagenetic relationship between these two taxa, instead supporting a branching pattern of evolution. Melillo explains: "We used to think that A. anamensisgradually turned into A. afarensis over time. We still think that these two species had an ancestor-descendent relationship, but this new discovery suggests that the two species were actually living together in the Afar for quite some time. It changes our understanding of the evolutionary process and brings up new questions -- were these animals competing for food or space?"

This conclusion is based on the assignment of the 3.8-million-year-old MRD to A. anamensis and the 3.9-million-year-old hominin cranial fragment commonly known as the Belohdelie frontal, to A. afarensis. The Belohdelie frontal was discovered in the Middle Awash of Ethiopia by a team of paleontologists in 1981, but its taxonomic status has been questioned in the intervening years.

The new MRD cranium enabled the researchers to characterise frontal morphology in A. anamensis for the first time and to recognise that these features differed from the morphology common to the Belohdelie frontal and to other cranial specimens already known for Lucy's species. As a result, the new study confirms that the Belohdelie frontal belonged to an individual of Lucy's species. This identification extends the earliest record of A. afarensis back to 3.9 million years ago, while the discovery of MRD nudges the last appearance date of A. anamensis forward to 3.8 million years -- indicating the overlap period of at least 100,000 years. 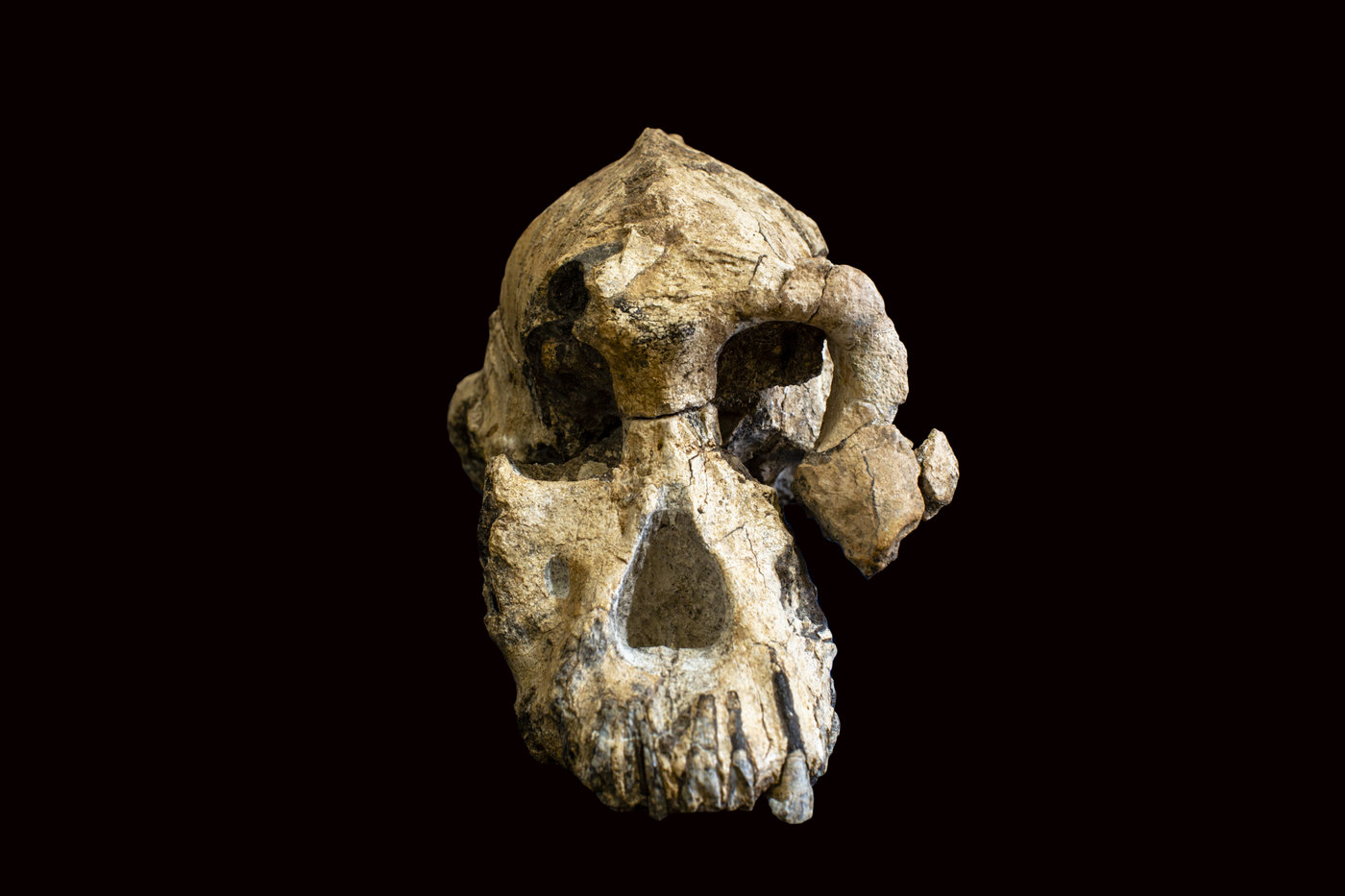