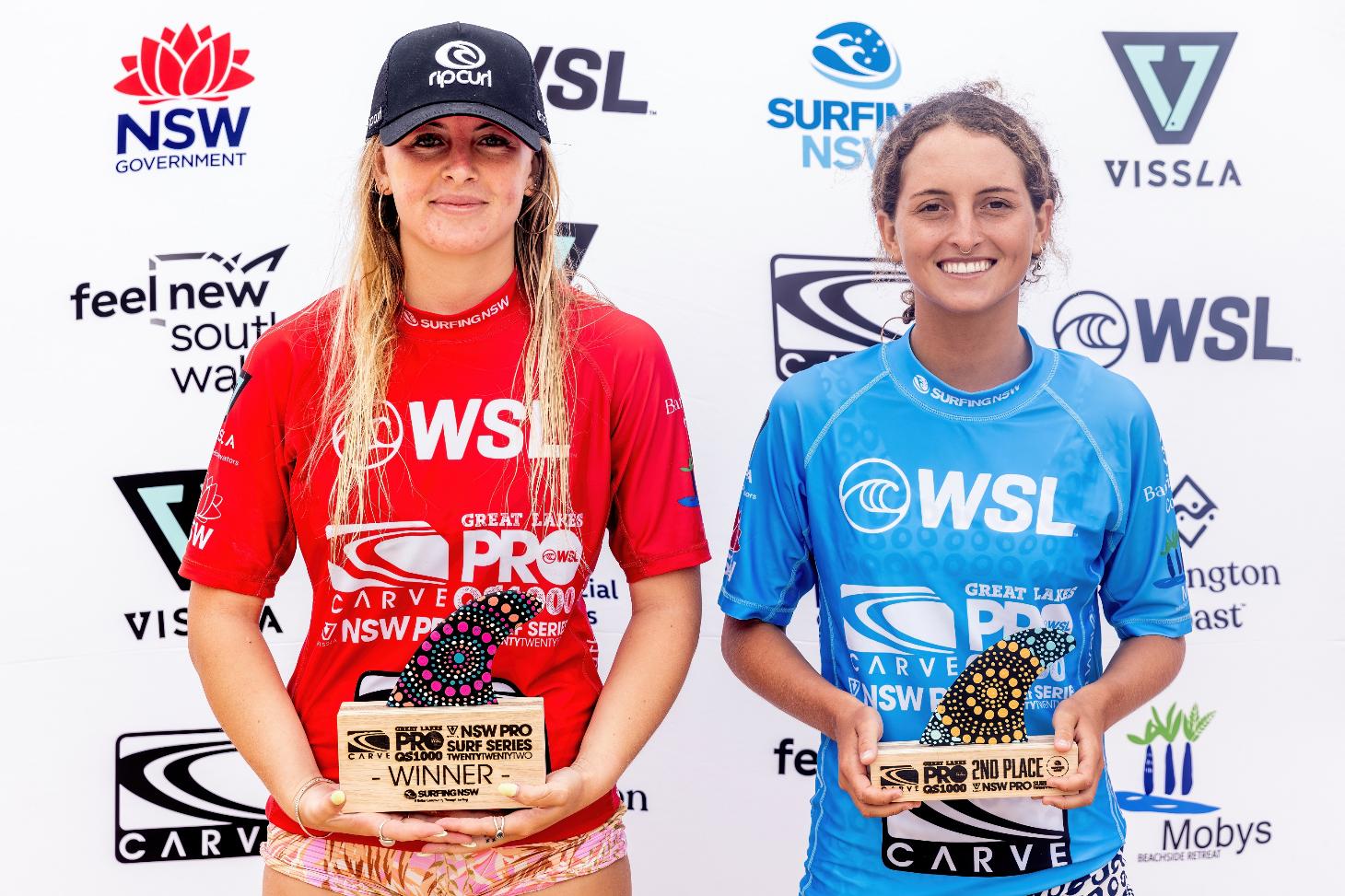 Report by WSL and Surfing NSW

The peaky rip bowl conditions made for an outstanding end to the event as the top surfers in Australia and New Zealand gave it their all in testing conditions.

The Women’s Final saw two early standouts work hard to secure their first Qualifying Series victory. Both Ryan (pictured below by Natalie Meredith) and Bodhi Leigh-Jones (Avalon Beach) were standouts in the earlier round causing upsets amongst the top seeds.

It was an electric final between two up-and-coming stars of the sport with Ryan throwing the first dagger, dropping a 7.75 inside the first 10 minutes putting Leigh-Jones behind the eight ball and in need of a solid score.

From there, Ryan was able to control the remainder of the heat posting an excellent 8.75 point ride out of a possible 10 points for a huge backhand snap under the lip to smash the heat out of the park. The major score was the biggest in the whole women’s field for the duration of the event. 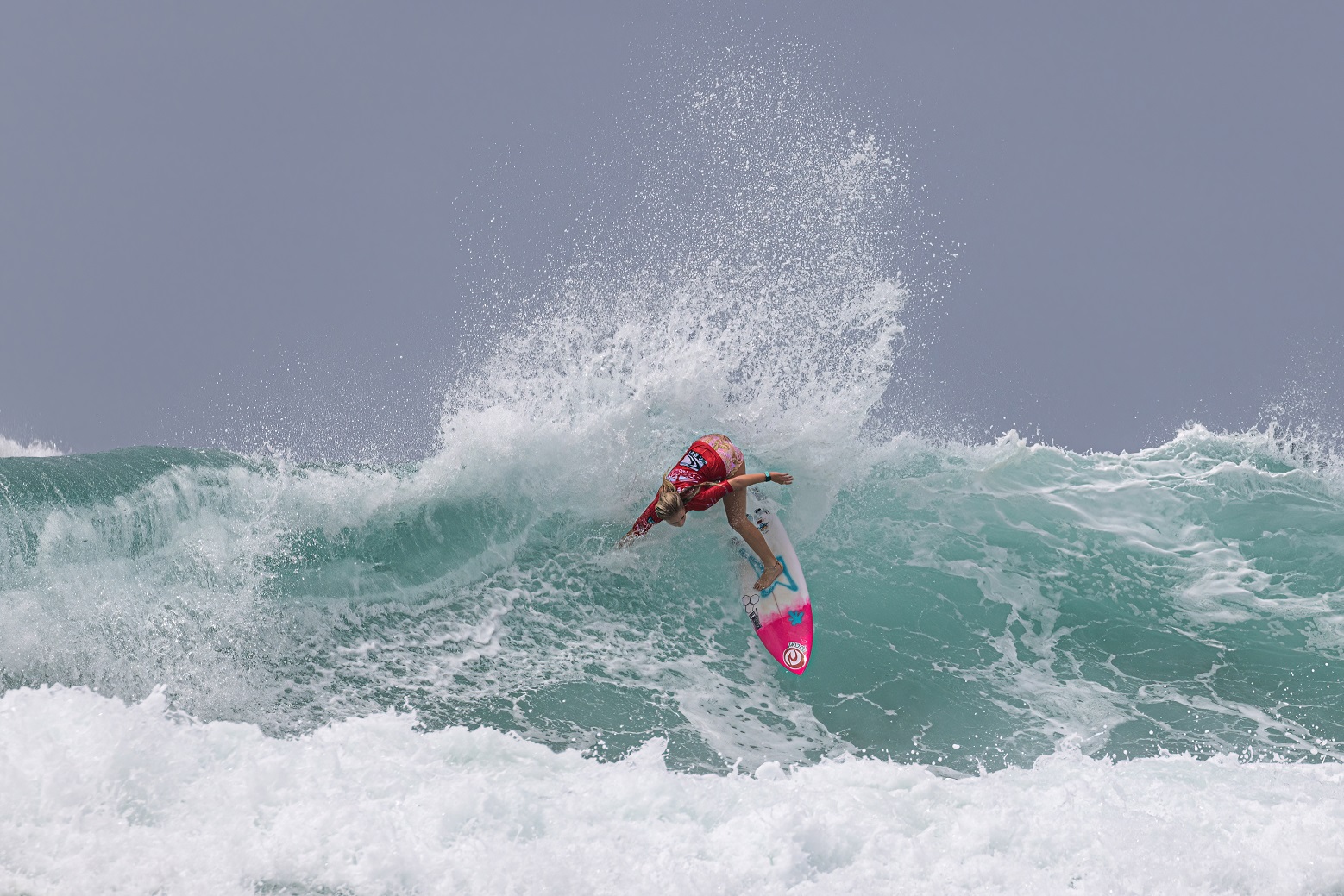 Ryan takes home her first World Qualifying Series title giving her a huge confidence boost for the rest of the Vissla NSW Pro Surf Series. She now sits on top of the APAC rankings heading into the Gage Roads Port Stephens Pro starting on Sunday 27 February.

“I’m so honoured to take out the victory here in the Carve Great Lakes Pro at Boomerang Beach,” Ryan said. “It’s certainly going to take a bit of time for it to sink in but I’m just elated that I was able to get my first Qualifying Series win. To be leading the APAC rankings going into the Gage Roads Port Stephens Pro is amazing. I’m looking forward to the event down at Biribi Beach and to make some heats down there would be great”.

Bodhi Leigh-Jones was gallant in defeat and will bank another strong result here at Boomerang Beach, as she looks toward continuing her strong run of form at the next event of the series.

“This is my first event of the year, so to start off with my best ever result is awesome,” Leigh-Jones said. “Nyxie was absolutely ripping all events so no hard feelings there – she’s a deserved winner. My aim is to stay within the top six and make it to the Challenger Series so this is a great start for me. I’m really stoked.” 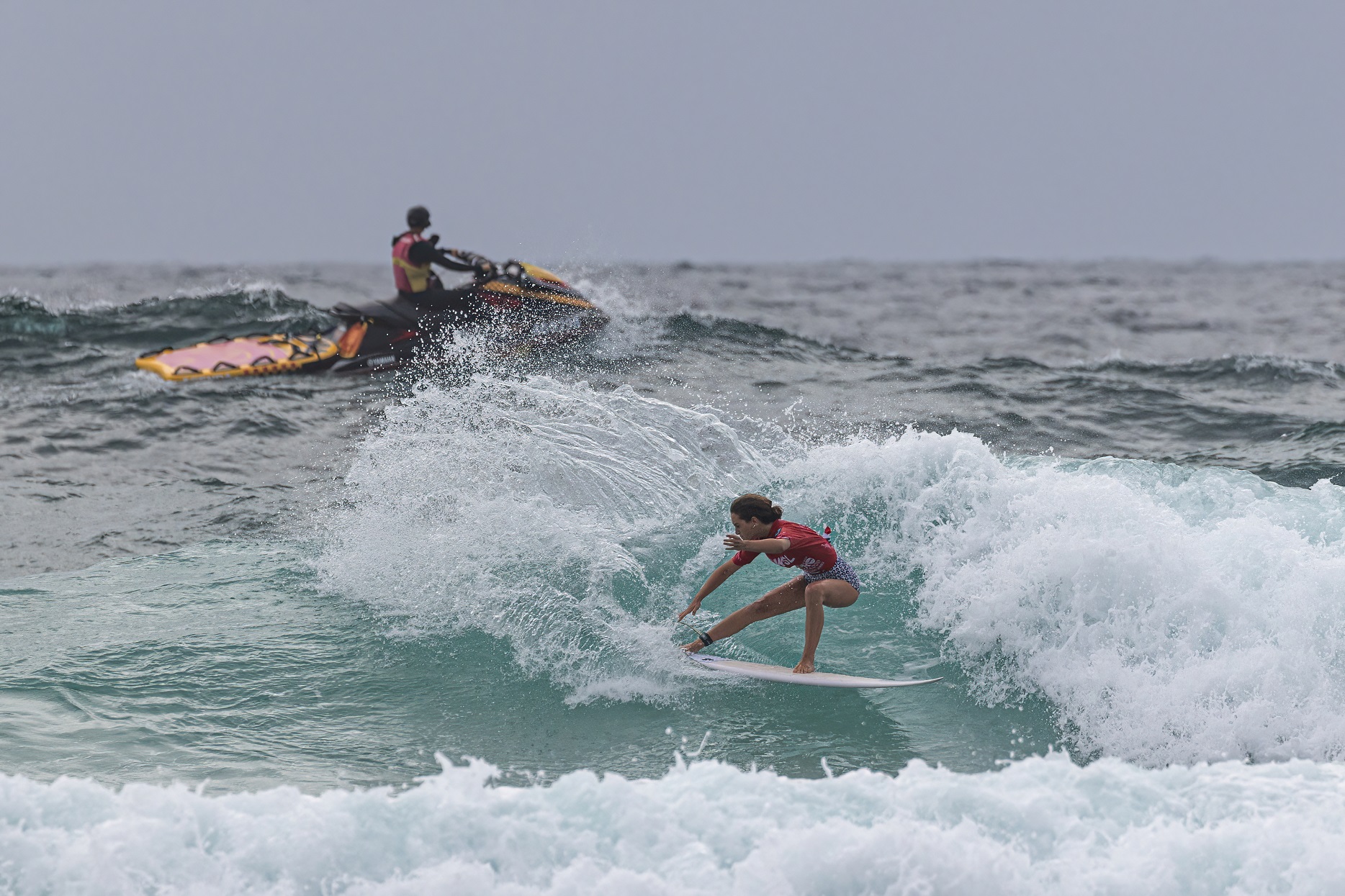 On the Men’s side of the draw, proud North Shelly surfer Joel Vaughan was pitted against powerful Noosa natural-footer Cooper Davies. The Australian duo were two of the most consistent surfers across the event period and showed off their credentials as serious threats to qualify for the Challenger Series which is set to begin in May. In a back and forth heat, the two in-form surfers were able to go blow-for-blow both posting an array of scores in the bowly afternoon conditions.

Vaughan started the final with a bang, dropping a 6.75 after being rewarded for attacking big sections on a set wave.

Davies was then able to score two mid-range scores to get his finals campaign underway keeping him right on Vaughan’s tail, however the Central Coast surfer continued to show off his elite rail game and score an 8.00 in the dying stages to put the requirement out of reach for the Sunshine Coast surfer couldn’t catch.

It means that after a second-place finish at Phillip Island in the first Qualifying Series event of the year, Vaughan goes to the top of the APAC rankings and has a solid buffer heading into the Port Stephens Pro.

“I’m stoked to have taken out my first Qualifying Series event here at Boomerang,” Vaughan said. “The waves have been great all week and have presented such a fun event for all of the field. All the guys in the draw were top-notch all week and to get a win against them is a great achievement that I’m immensely proud of. I’m really looking forward to the Gage Roads Port Stephens Pro and hopefully, I can continue this run of form.” 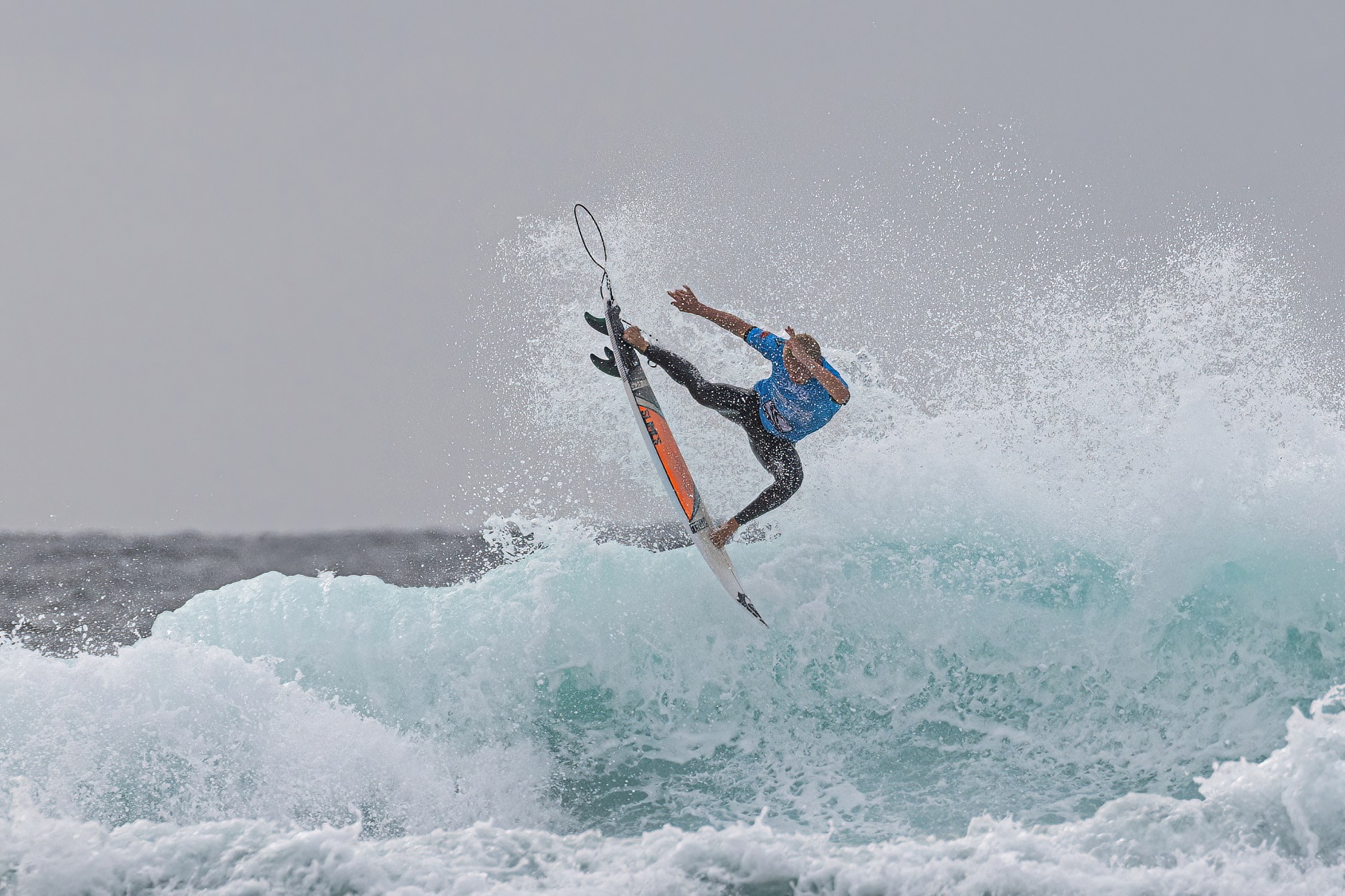 Finishing in second place with incredible performances all week, Cooper Davies will walk away from the first stop of the series with a great foundation for the rest of his year as he strives for a spot on the Challenger Series.

“Making the final against Joel is something that I’m stoked with and to get such fun waves throughout the week in such an amazing place like Boomerang Beach was an absolute bonus,” Davies said. “It’s been a goal of mine to get back up towards the top end of the rankings and give myself the best chance at making the Challenger Series events to start in May. This is a great start and I can’t wait to give it another crack in the next event of the Vissla Pro Surf Series”. 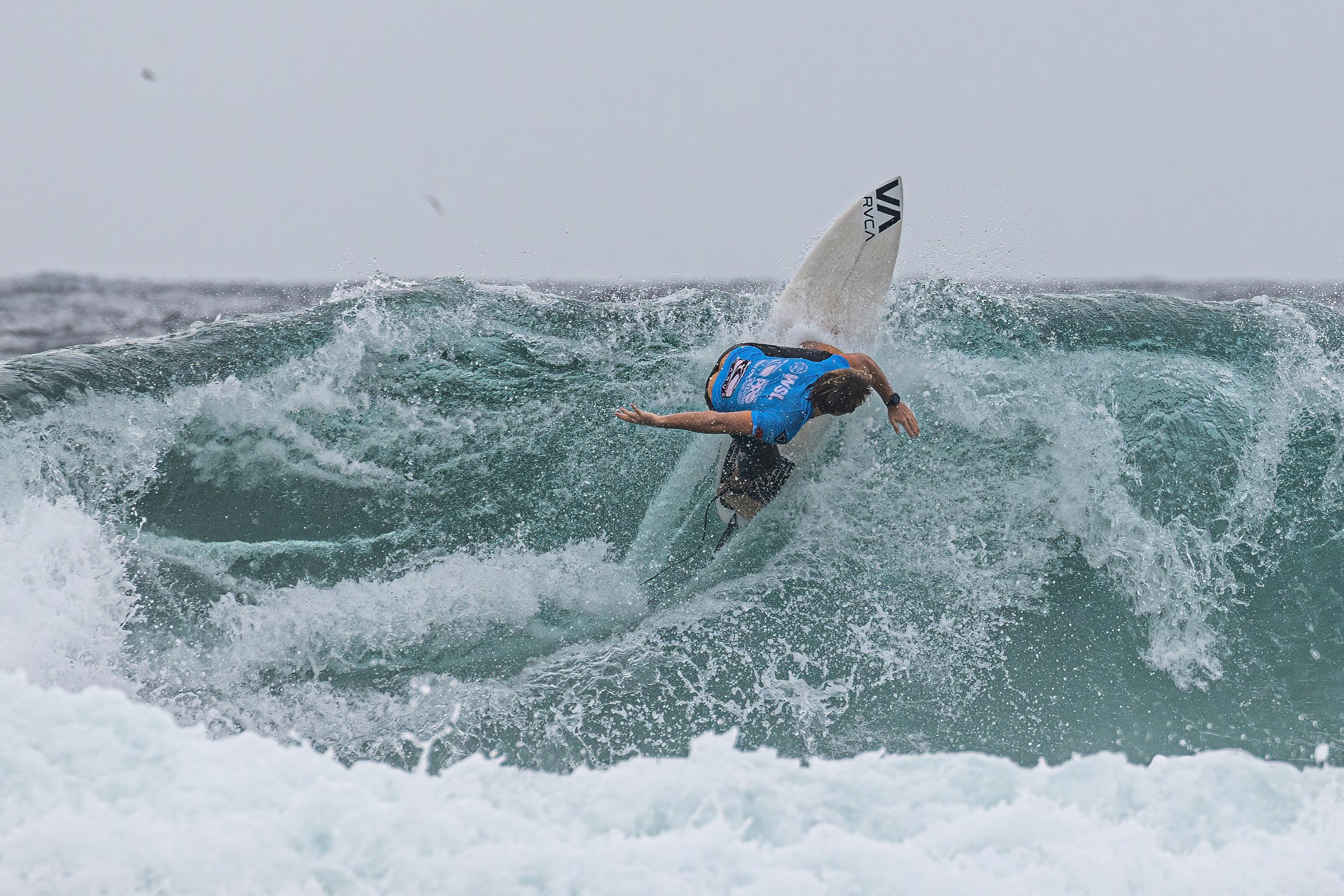 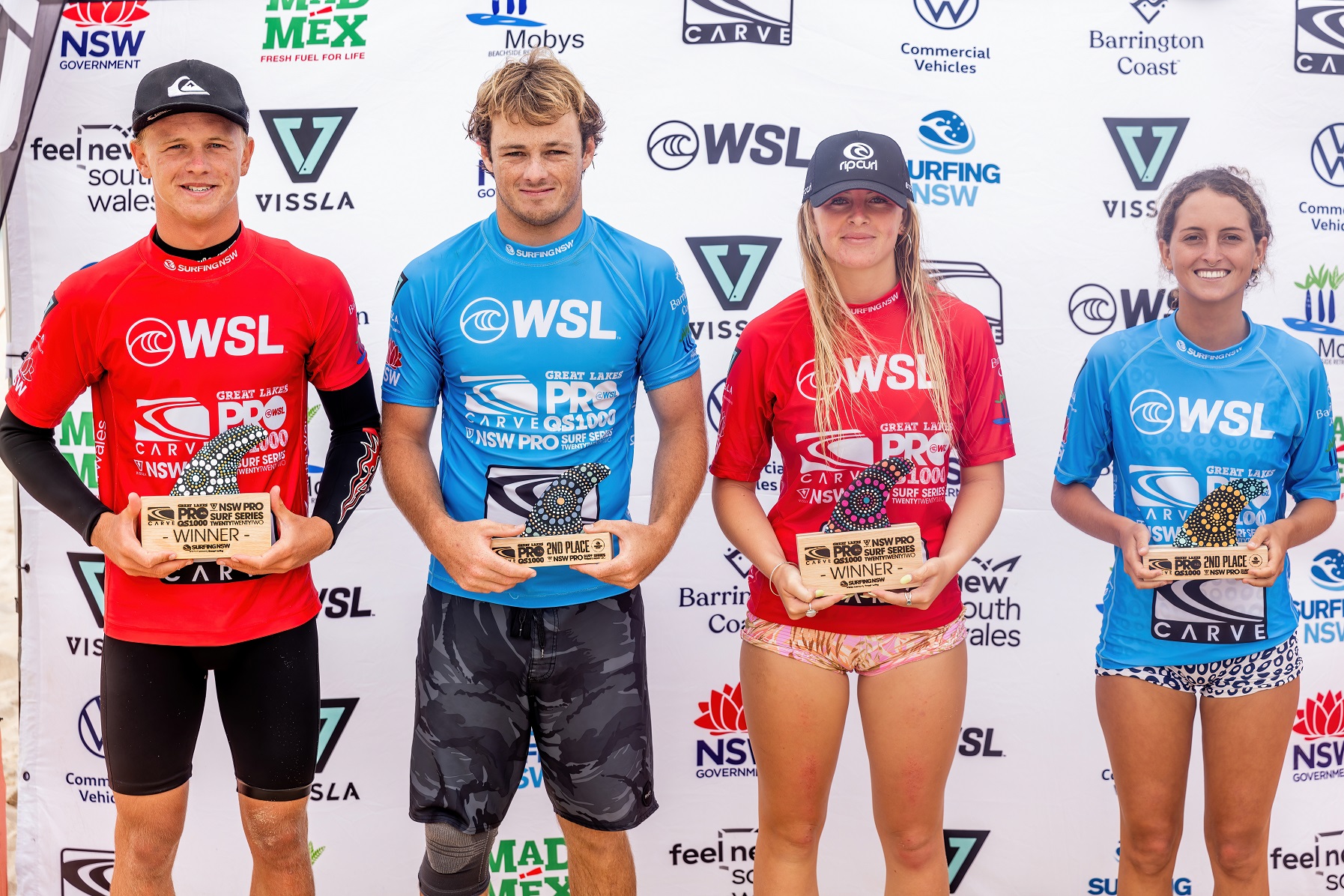 Competitors will now set their sights on the Gage Roads Port Stephens Pro which begins on Sunday February 27th 2022.

Catch all the action on the live webcast through Kayo Sports and the WSL app.

For more information head to worldsurfleague.com or check the free WSL App.

Kayo Freebies can be accessed by downloading the Kayo Sports app or visiting www.kayosports.com.au/freebies and registering for a Freebies account. Kayo Freebies are free, and no credit card details are required to register and start streaming.

The Vissla NSW Pro Surf Series was developed to support Australian and International surfers in gaining ranking points and prize money on the World Surf League’s Qualifying Series. Additionally, the month-long series provides an opportunity for surfers and visitors alike to explore the variety of waves, visit local communities and everything the NSW coast has to offer.

All events will be webcast through Kayo Sports and worldsurfleague.com and the WSL App and Kayo Sports. All event news, images and highlight clips will be available at nswprosurfseries.com

For more information head to worldsurfleague.com or check the free WSL App.

The 2022 Vissla NSW Pro Surf Series is proudly supported by the NSW Government through its tourism and major events agency, Destination NSW. 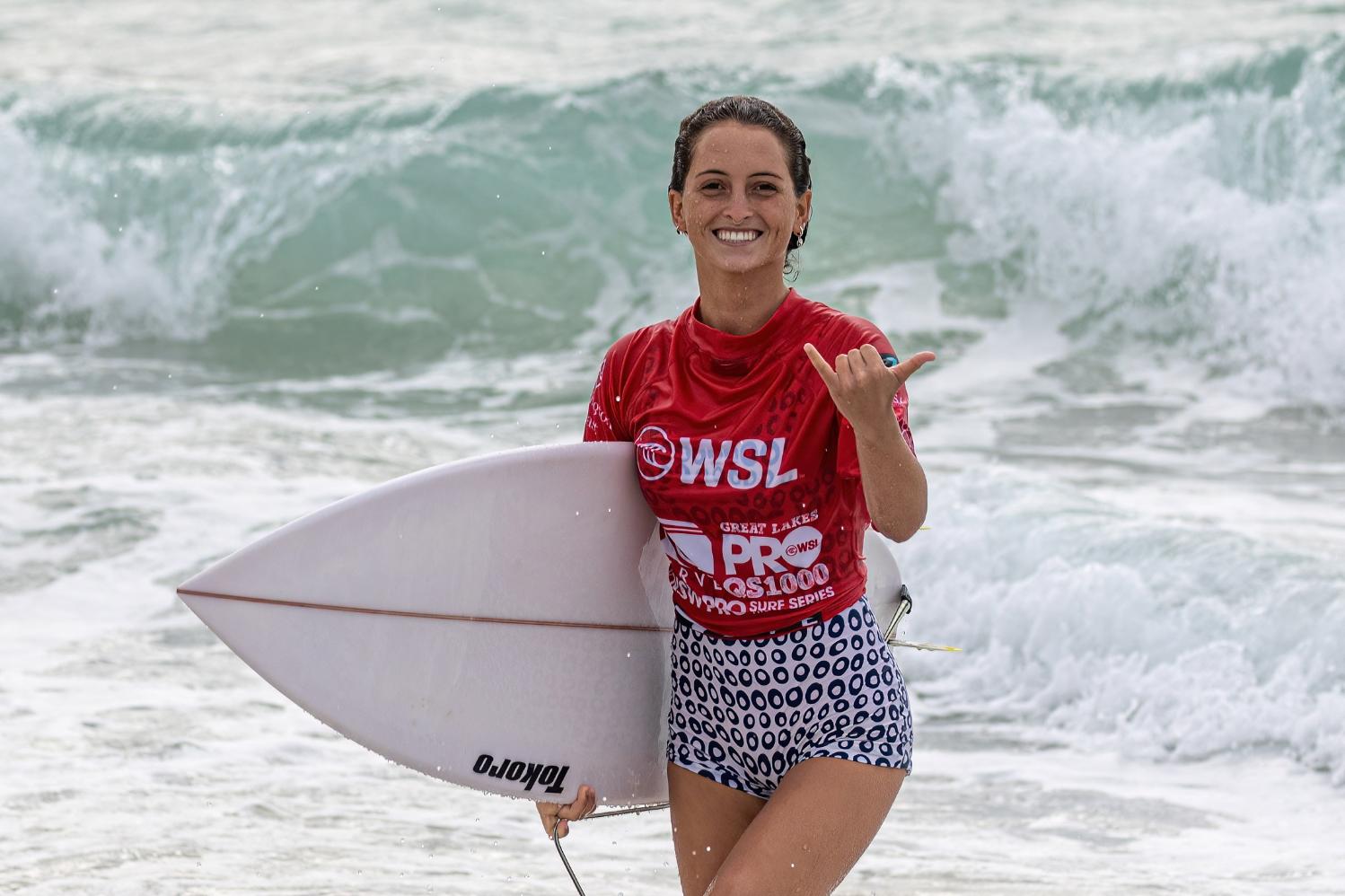