2020 AAAS Newcomb Cleveland Prize For The Best Science Paper Of The Year: A Single Fast Radio Burst Localized To A Massive Galaxy At Cosmological Distance 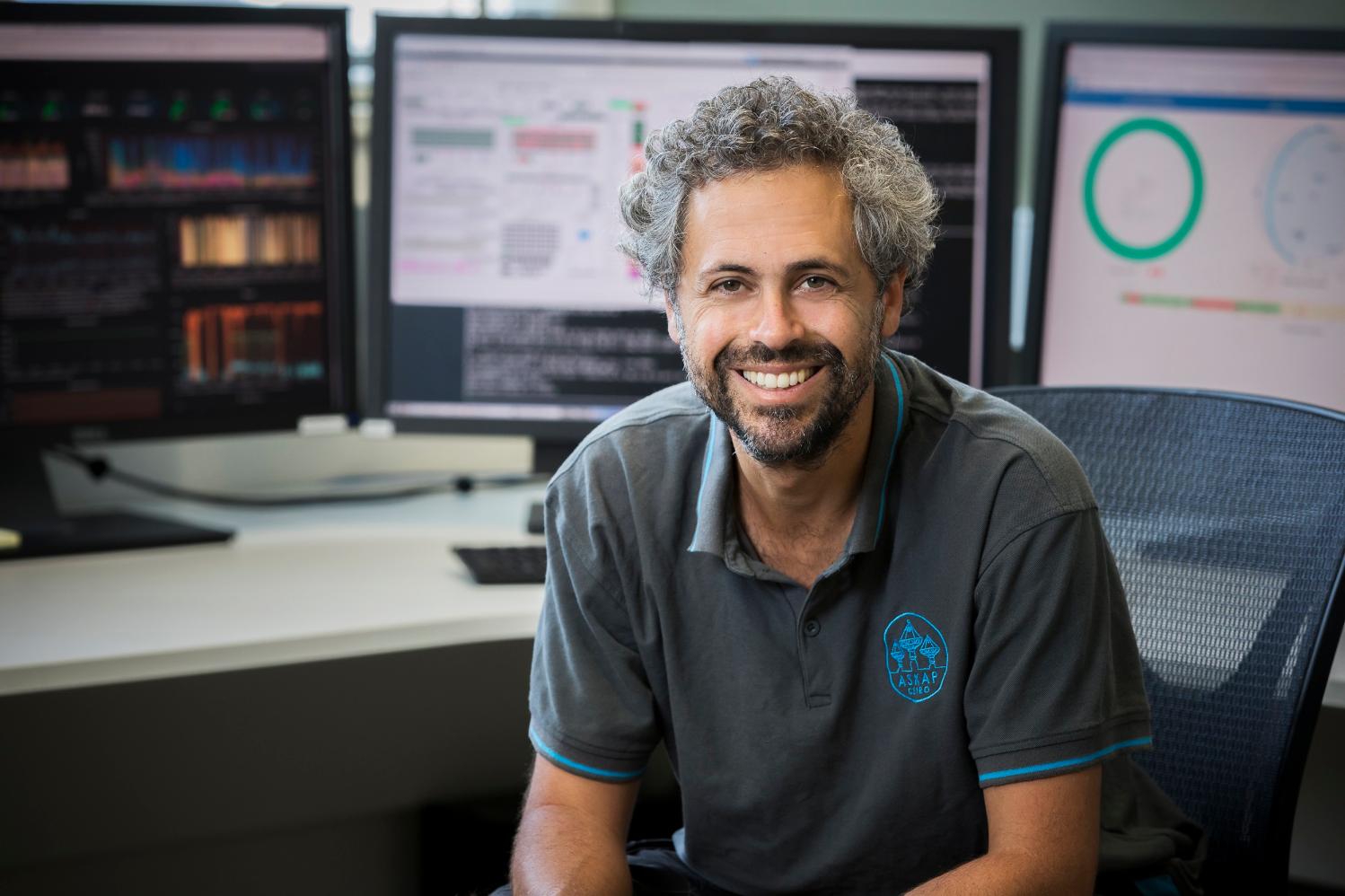 A team of scientists led by CSIRO astronomer Dr Keith Bannister has been awarded the 2020 AAAS Newcomb Cleveland Prize for the best science paper of the year by the prestigious publication, Science.

Each year since 1923, the Newcomb Cleveland Prize has honoured the most impactful research paper published in the journal Science. In this year’s winning paper, an international team of 54 astronomers were the first to pinpoint the location of a fast radio burst.

“Fast radio bursts are extremely short extragalactic events — that is, they originate in a galaxy far, far away — and identifying the exact signal source of one is like looking for the proverbial needle in a haystack,” said Holden Thorp, editor-in-chief of Science and chair of the Newcomb Cleveland Prize Selection Committee. “The methods outlined in this study will allow other teams to determine the astronomical origins of more FRBs and in turn, perhaps the elusive nature of their sources.”

Astronomers discovered FRBs in 2007. While some repeat, the vast majority occur just once, lasting a few milliseconds, and their fleeting nature makes them extremely difficult to study. For more than a decade, researchers were unable to trace a one-off FRB back to its origin.

In an attempt to detect a non-repeating FRB and locate its source, Keith Bannister, a research engineer at the Commonwealth Scientific and Industrial Research Organisation (CSIRO), Australia’s national science agency, led an international collaboration. Bannister’s team included scientists from Australia, Chile, India, Japan, the Netherlands, the United Kingdom and the United States.

The origins of FRBs were a mystery because radio telescopes lacked the precision to identify where they came from. It wasn't clear if they came from nearby stars or distant galaxies.

ASKAP is equipped with unique CSIRO-designed phase array feed receivers which widen its field of view by a factor of 30, enabling it to find bursts more rapidly.

ASKAP was used to detect the burst and, crucially, pinpoint its location using a novel ‘live action replay’ system to pinpoint the location of the burst.

Dr Bannister, who designed ASKAP’s live action replay system said it was a great honour to receive the award which was the result of a massive team effort.

"It's thrilling to be part of cutting-edge science and technology in Australia, and to have it recognised internationally," Dr Bannister said.

Armed with the position of the burst, the team harnessed the most powerful optical telescopes in the world, including the Keck telescope in Hawaii’, ESO’s Very Large telescope and Gemini telescope in Chile to find the burst's home galaxy.

"Our results confirmed that fast radio bursts come from very distant galaxies. With the power of ASKAP we can tell which galaxy a burst came from, and also pinpoint its location within that galaxy," Dr Bannister said.

Since the discovery, the team has pinpointed many more bursts with ASKAP.

With the extra bursts, they have discovered the missing matter that makes up the cosmic web and probed the halo of an intervening galaxy.

The AAAS Newcomb Cleveland Prize is awarded to the authors of an outstanding paper published in the journal Science by the American Association for the Advancement of Science.

The winning paper, A single fast radio burst localised to a massive galaxy at cosmological distance, was published in Science on 9 August 2019, featuring an image of ASKAP on the front cover.

Acting CSIRO Chief Scientist Dr Sarah Pearce congratulated Dr Bannister and the team on the prestigious award and international recognition of their discovery.

Swinburne University of Technology PhD student and fellow award recipient, Cherie Day, said it was exciting for the team to receive this recognition.

"Our team traced the source of a ‘single, millisecond-long, burst of energy in space’, to a Milky Way-type galaxy located 3.6 billion light years away," Ms Day said.

"By studying the environments around the origins of fast radio bursts, astronomers will be able to determine what causes them, solving one of the big astronomical mysteries of our generation."

Science is the most prestigious journal for research in the United States, and the American Association of the Advancement of Science is the world’s largest general scientific society.

The annual award recognises a paper for its quality, innovation, and wide significance.

The team comprised 54 astronomers from 21 institutes, and was co-led at CSIRO, Swinburne University of Technology, and ICRAR/Curtin, and included researchers from Australia, Chile, and the United States.

The Australian Square Kilometre Array Pathfinder is part of the Australia Telescope National Facility which is managed by CSIRO, Australia’s national science agency. ASKAP uses the resources of the Pawsey Supercomputing Centre. Establishment of ASKAP, the Murchison Radio-astronomy Observatory and the Pawsey Supercomputing Centre are initiatives of the Australian Government, with support from the Government of Western Australia and the Science and Industry Endowment Fund.

We acknowledge the Wajarri Yamaji as the traditional owners of the Murchison Radio-astronomy Observatory site. 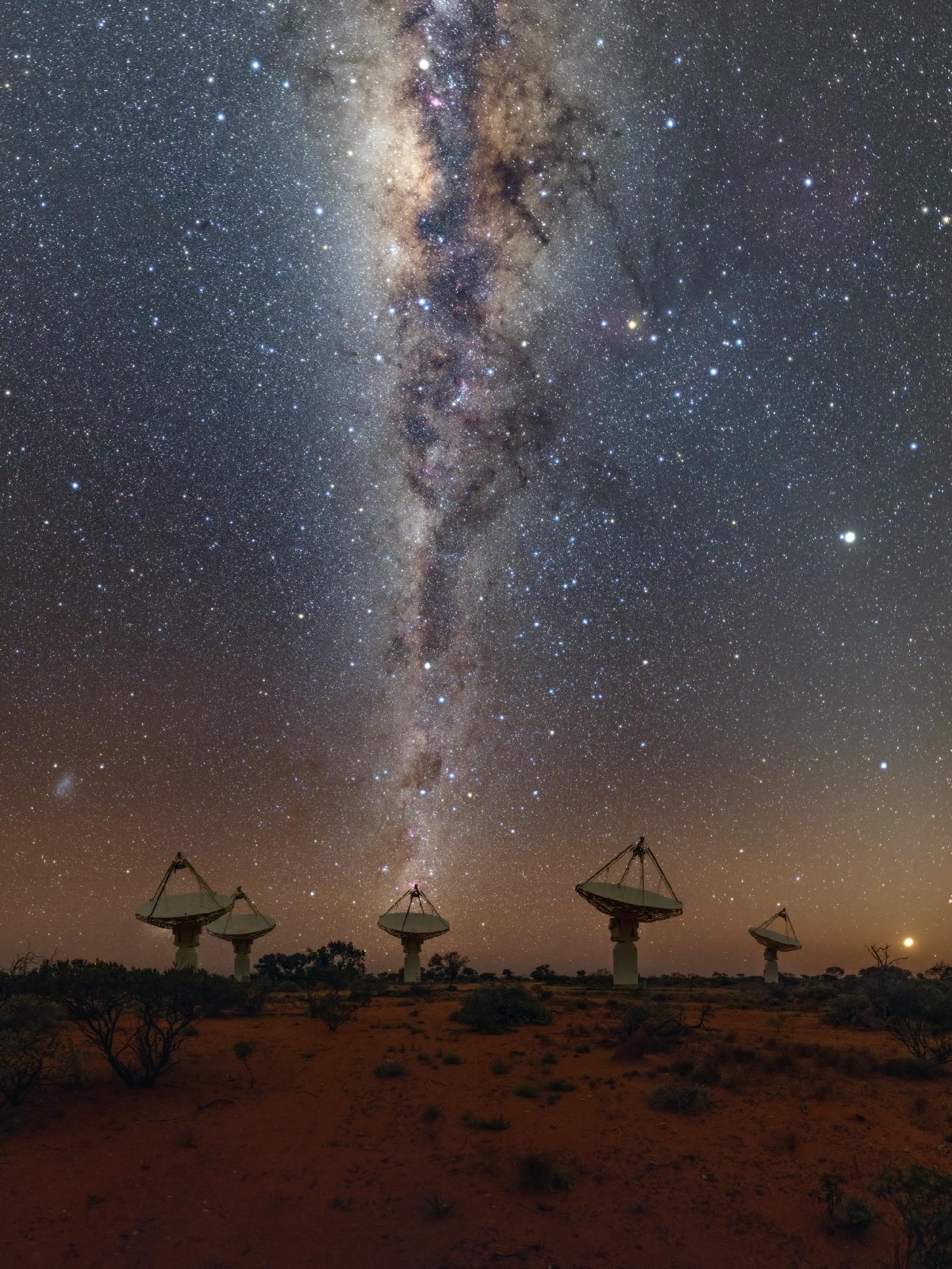