Connor O’Leary (Cronulla, NSW) and Philippa Anderson (Merewether, NSW) have taken out the 2019 Carve Pro in a day of tricky one-foot waves at Maroubra Beach.

Former WSL Championship Tour surfer Connor O’Leary (Cronulla, NSW) made his intentions clear that he wanted to be back on the elite CT, showing the skills that allowed him to take out the 2017 Rookie Of The Year title. O’Leary was on the ropes for the majority of the final against Caleb Tancred (Avoca, NSW) but was able to find a punchy left in the final three minutes of the heat to post an excellent 8.83 and take the lead.

“It was almost like I had a three-minute heat,” said O'Leary. “I thought I’d just sit and finish the heat with priority and not catch a wave, but thankfully I found that little lefthander and it all worked out. 2018 was definitely a weird year for me and there were a few things that didn’t go my way, but no excuses really. I’m excited to be heading into 2019.”

Philippa Anderson (Merewether, NSW) was able to get her 2019 QS campaign off to a flying start thanks to a win at the 2019 Carve Pro. Anderson dominated the relatively wave-starved final, posting an impressive 13.66 two-wave heat total to get the edge over Holly Wawn (Newport, NSW) for an array of powerful and flowy frontside turns.

“To walk away with a win in the first event of the year feels really good,” said Anderson. “I’ll be giving the QS a good go again this year. To start the year in NSW and get my feet in the wax in my own state is awesome. To get so close to qualifying last year and then to start this year with a win, confirms in my head that I can surf these events and you’re doing the right thing.” 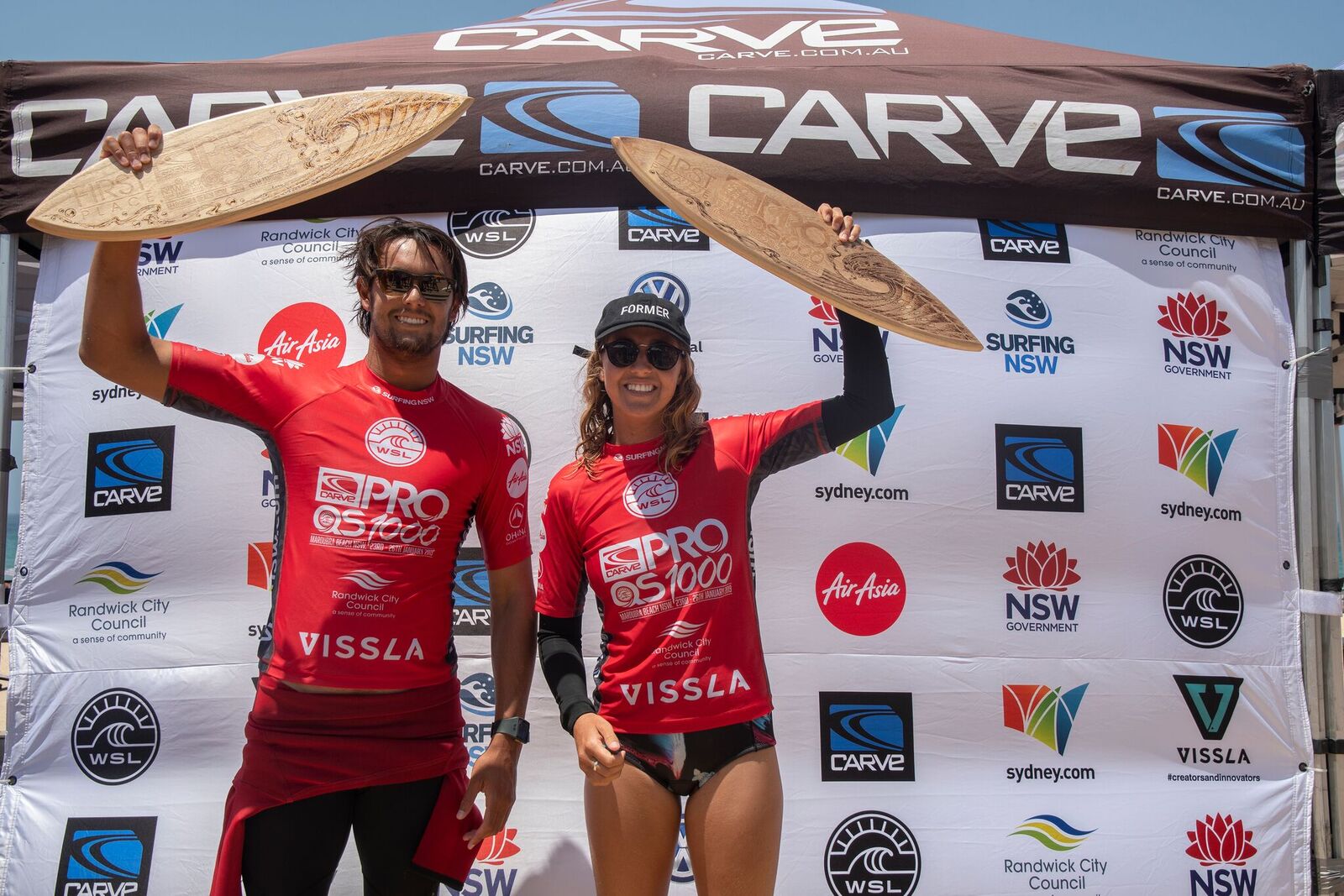 Caleb Tancred (Avoca, NSW) looked almost certain to claim his second QS victory from as many events at the Carve Pro, but as time ticked down (and not holding priority), Tancred was forced to watch O’Leary snatch his lead thanks to the aforementioned 8.83 wave score. After claiming victory at the Port Stephens Pro at the end of 2018 and now a runner-up finish at Maroubra, Tancred heads into the 2019 Qualifying Series full of confidence.

“It was really fun to surf a few heats down here,” said Tancred. “Unfortunately the swell died a bit today, but it was still really good to share a heat with someone like Connor.  I hope he does really well again this year and ends up back on the tour.” 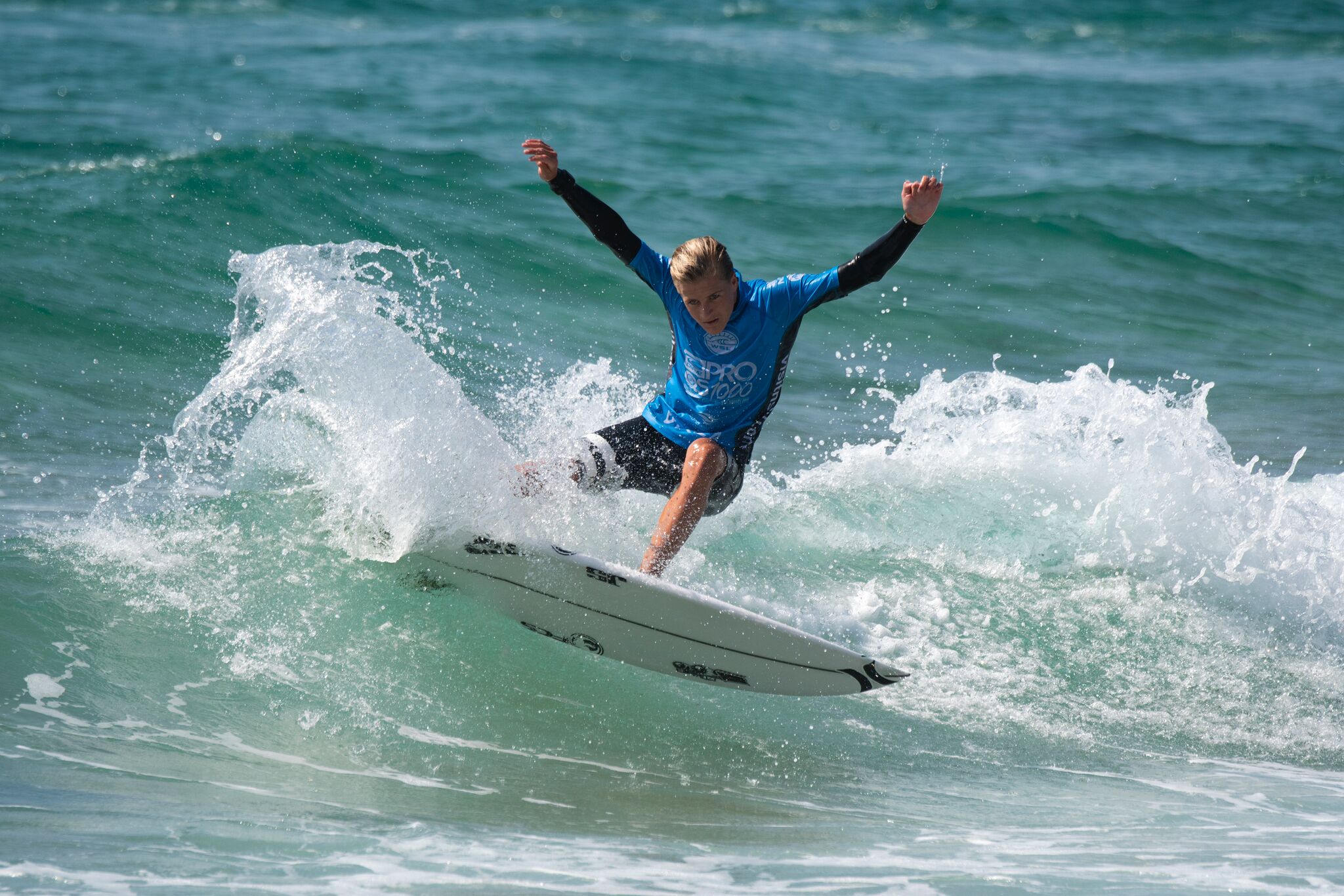 “It feels nice to start the year off so close to home,” said Wawn. “It would have been good to get a few more waves in the final, but I’m still stoked with the result and am looking forward to the next couple of events and the two 6000 rated QS competitions in NSW also.” 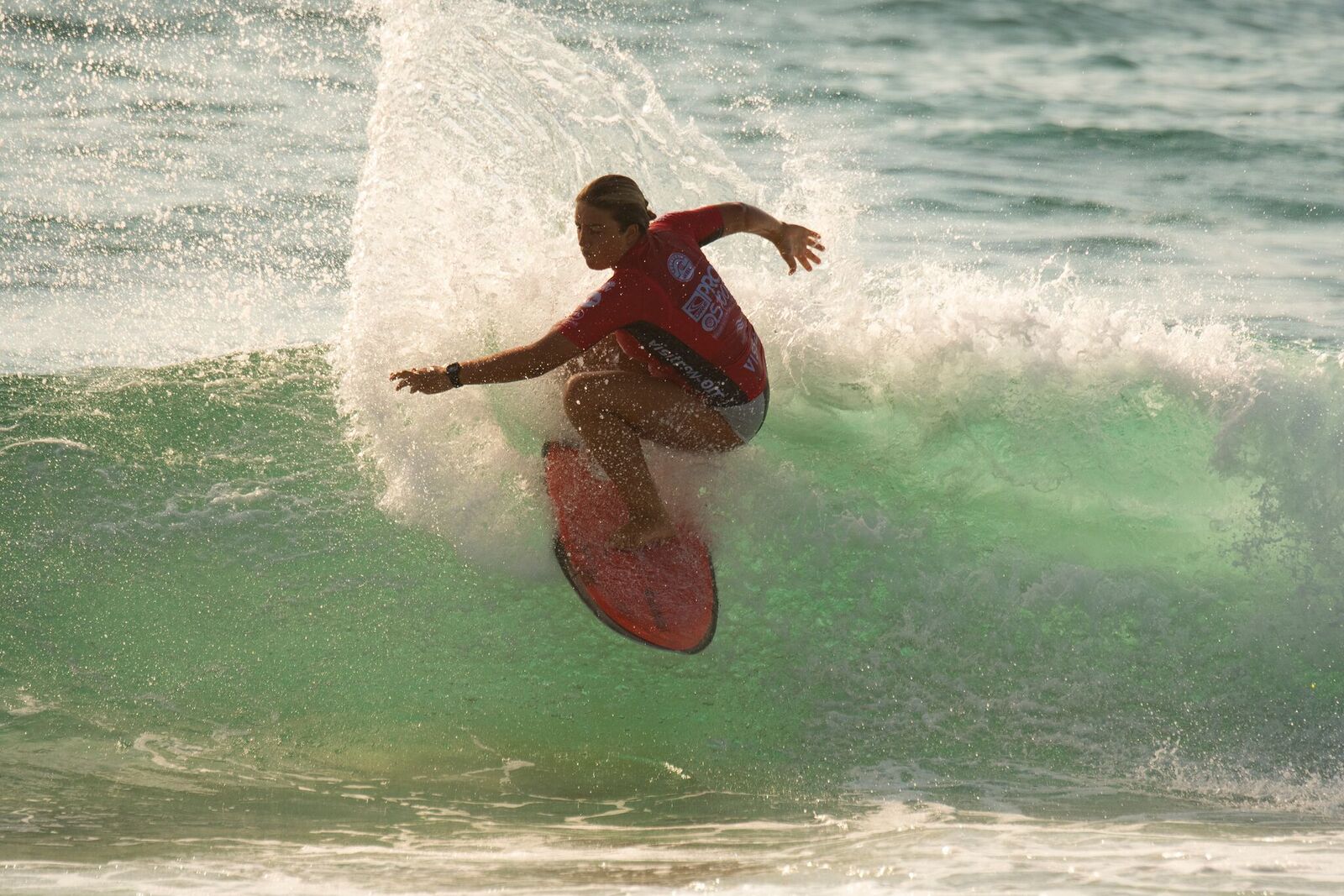 The Vissla NSW Pro Surf Series was developed for Australian and International surfers to gain ranking points and prize money on the WSL Qualifying Series. The series also creates a NSW coastal road trip for all to explore the variety of waves, visit local communities and enjoy NSW surfing culture. 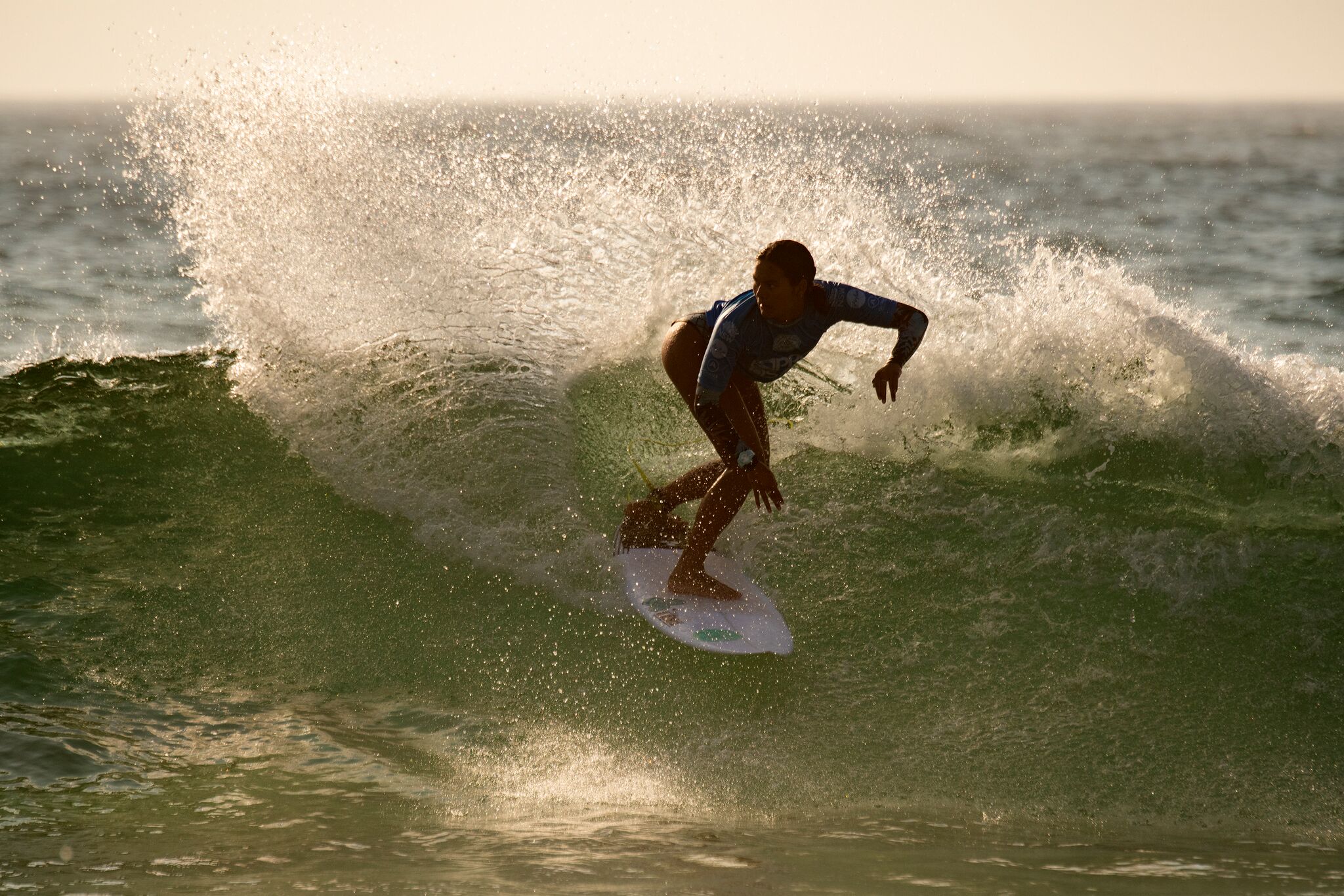 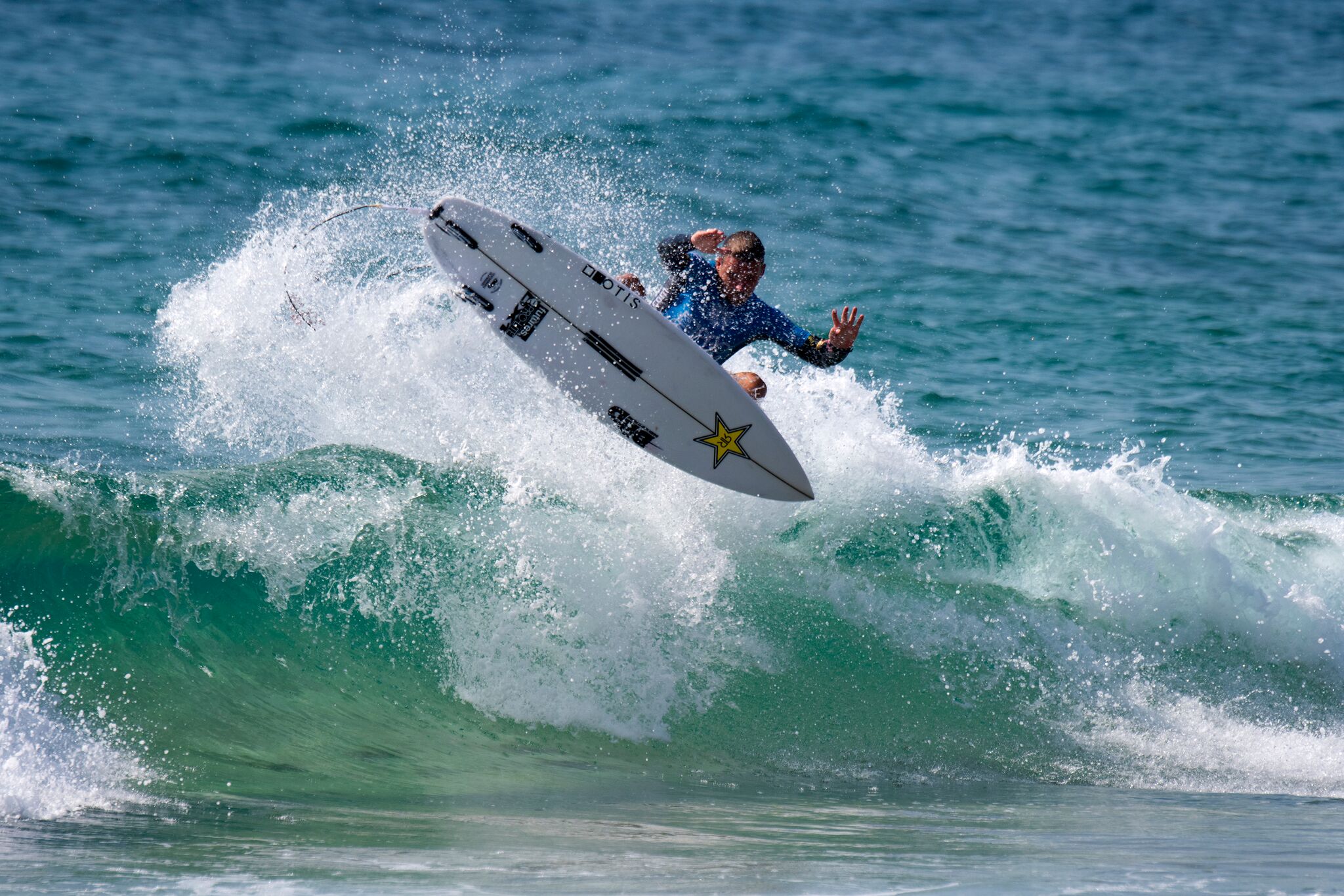 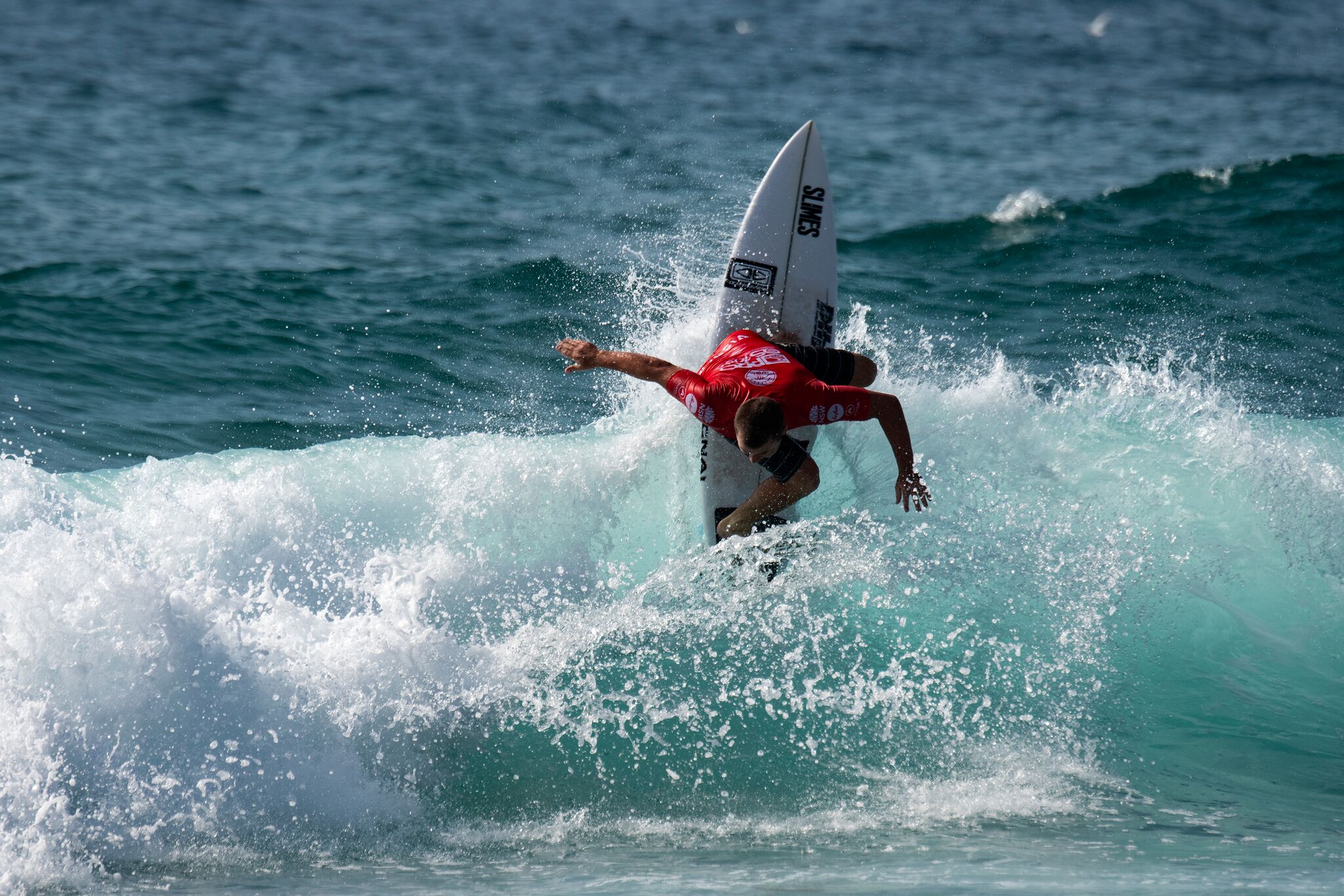 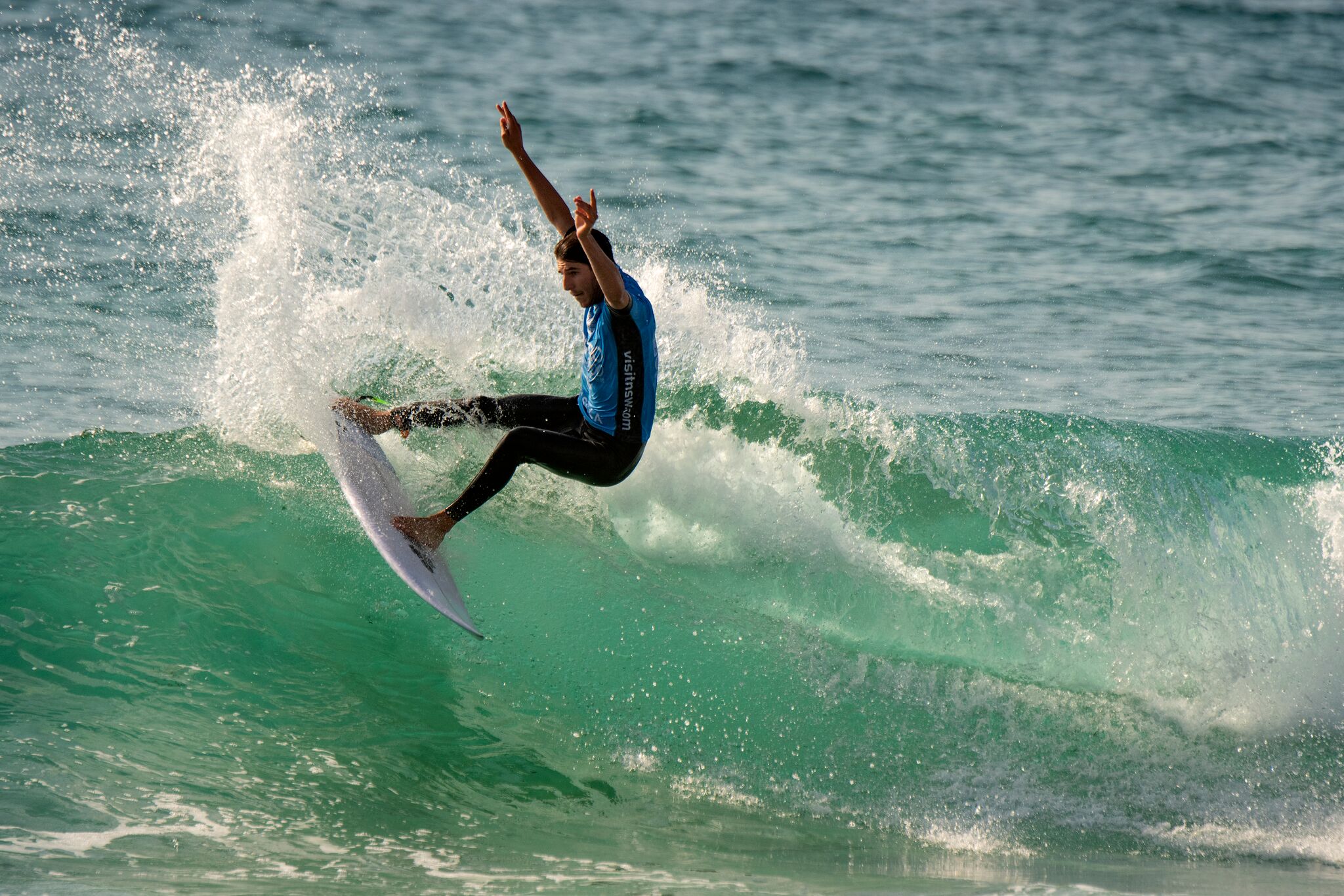 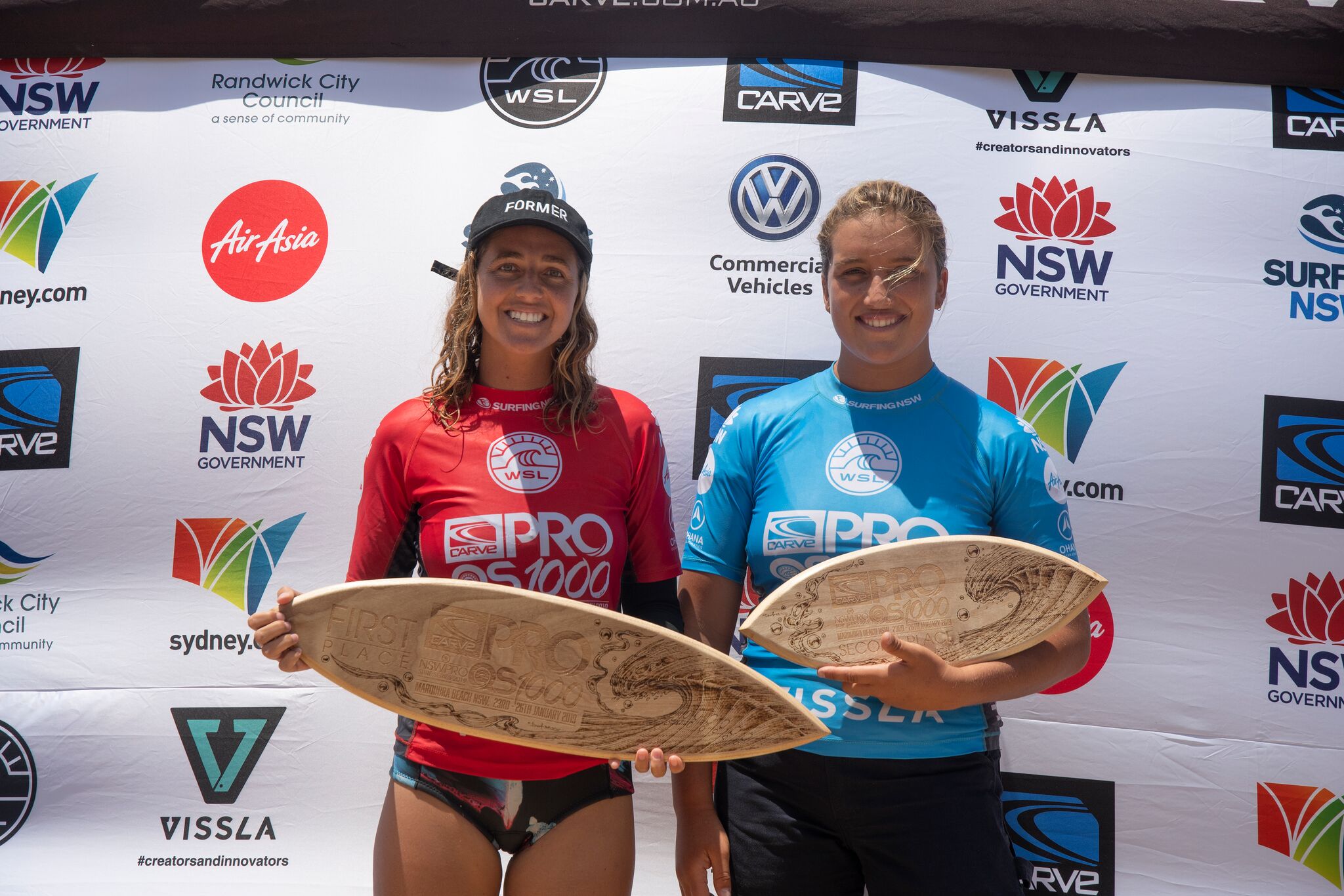 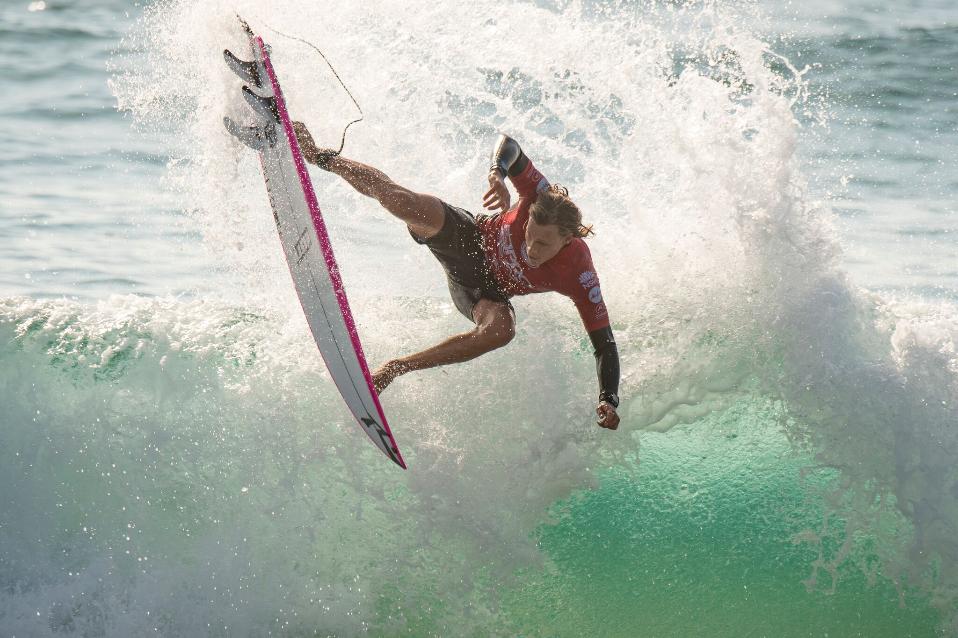 The 2019 Carve Pro World Surf League (WSL) Qualifying Series (QS) 1000 rated event heated up at Maroubra today, with a sudden jump in swell and performances from the remaining contenders.

Lliam Mortenson  (Avalon, NSW) put it all on the line throughout the course of his fourth-round heat today, performing a series of exciting aerial maneuvers and turns to claim victory and earn a spot into the quarters. Mortenson’s performance hit its peak when he threw down a giant full-rotation air reverse that nabbed him a 7.40 wave score and put his fellow competitors at arm's length.

“I felt the north-east wind kick in throughout my round four heat, so I got pretty excited,” said Mortenson. “The heat started a bit funky but thankfully I turned it around. It felt nice to be able to wait for a set and do a fin-throw into the wind. It would have been nice to go bigger, but I’m stoked to take the win in a stacked heat like that.”

Former WSL Championship Tour surfer Connor O’Leary (Cronulla,NSW) kept building on yesterday’s highlight reel performance, linking a chain of backside snaps and turns to take victory in his round four heat. O’Leary opted to use a more traditional approach to his heat today and as a result was able to post two scores in the mid-seven-point range to seal his spot into tomorrow’s quarterfinals.

After falling a few spots short of qualifying for the 2019 Championship Tour last year, Philippa Anderson (Merewether, NSW) returned to competition at the Carve Pro looking electric. The Novocastrian natural-footer executed a handful of impressive and innovative snaps and carves to claim her round four heat and seal herself a spot into the quarterfinals where she’ll face off with Cedar Leigh-Jones (Avalon, NSW).

“There’s always some nerves in the first heat of the year,” said Anderson. “It’s good to get some heats under the belt and drop some scores before the higher ranked events kick off. Even though it’s just the first event, I’m just going to take it all heat-by-heat and focus on some small personal goals.”

Molly Picklum (Shelly Beach, NSW) ensured her 2019 campaign kept going from strength-to-strength, claiming an exciting victory in her round four heat. The 16-year-old nailed a handful of critical end section turns to claim the win with a respectable 11.90 two-wave heat total and as a result cemented her spot into the quarterfinals where she’ll meet Holly Wawn (Newport, NSW).

“The last couple of comps in 2018 and the start of 2019 have been so good and I’ve learnt so much,” said Picklum. “I think some of those results have given me a massive confidence boost coming into this event and helped me get to this point. I can’t wait for finals day tomorrow.” 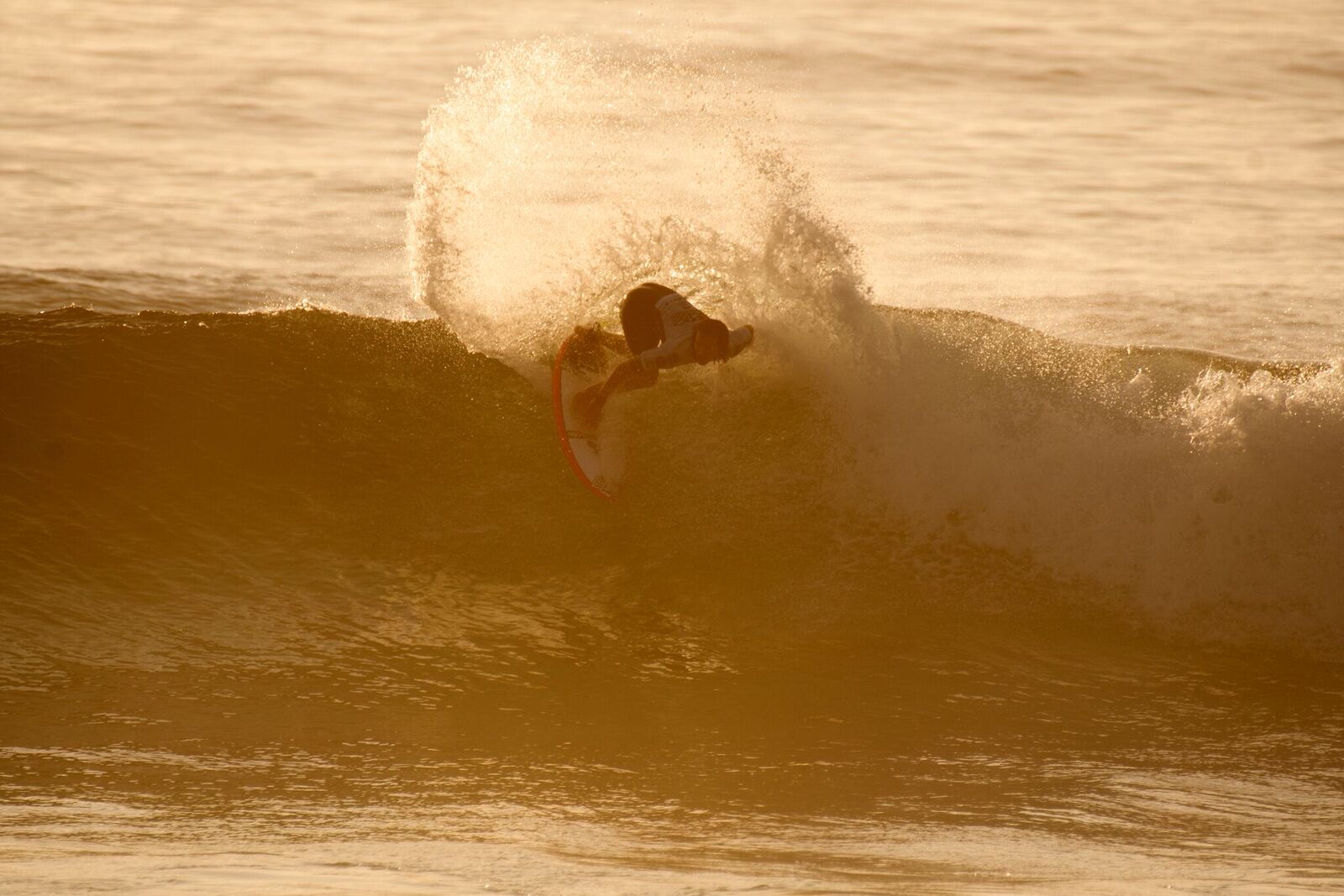 The top seeds in the 2019 Carve Pro World Surf League (WSL) Qualifying Series (QS) 1,000 rated event hit the water today in what was an action-packed day of competition in clean two-foot waves.

Connor O’Leary (Cronulla, NSW) showed why he was a former WSL Championship Tour Rookie Of The Year dominating the punchy left peaks. O’Leary opted to use his extensive aerial repertoire to wow the spectators and judges and as a result posted two near perfect scores; a 9.25 and a 9.50 (out of a possible 10 points). O’Leary’s aforementioned score meant that his closest rivals would have required two close-to-perfect waves to take away O’Leary’s lead. As a result, O’Leary was awarded the AirAsia Air Of The Day for his performance.

“The waves were really fun through that heat and the southerly wind blowing into the lefthanders made it perfect for airs,” said O’Leary. “It’s awesome having an event only 30-minutes from my house and being able to stay in my own bed. I’ve surfed in this event a few times over the years and it’s always been epic with big crowds on the beach and people cheering you on. Hopefully, I can make it to the final day on Australia Day and experience it all.”

In what was one of the biggest upsets of the event so far, eastern Sydney surfers Perth Standlick (Bondi, NSW) and Max McGuigan (Maroubra, NSW) faced off against Lennox Head dynamo Jack Murray and former WSL Championship Tour surfer Keanu Asing (Hawaii). With playful low-tide lefts and rights on offer, all surfers managed to find a handful of waves that allowed them to muster up a series of respectable scores. However, with the clock counting down, local lad McGuigan was able to use his priority and pick off one of the better looking waves seen all day to nail an array of turns and sneak a 6.70 wave score that allowed him to jump into the runner-up position and eliminate him Asing from the event with Standlick taking the top spot.

“I was just stoked to get through that heat, but to get the upper-hand on someone who has won a CT event and competed on the Championship Tour feels awesome,” said McGuigan. “Having all the local guys and my Mum and Dad here cheering for you and the other surfers from Maroubra on our home beach makes it so much sweeter as well. I’m really looking forward to the event tomorrow.”

After falling a few spots short of qualifying for the 2019 Championship Tour, both Holly Wawn (Newport, NSW) and Philippa Anderson (Merewether, NSW) got their 2019 campaigns off to a flying start in their opening heats. Both surfers synced their expansive repertoires with the fun little waves on offer to continue to keep their dreams alive going into the third day of competition.

“The first event of the year is always a bit of a daunting thing,” said Wawn. “I just wanted to start strong in this first event and hopefully post some good scores. I hope we see a bit of an increase of swell for the next round and I can keep my momentum going.” 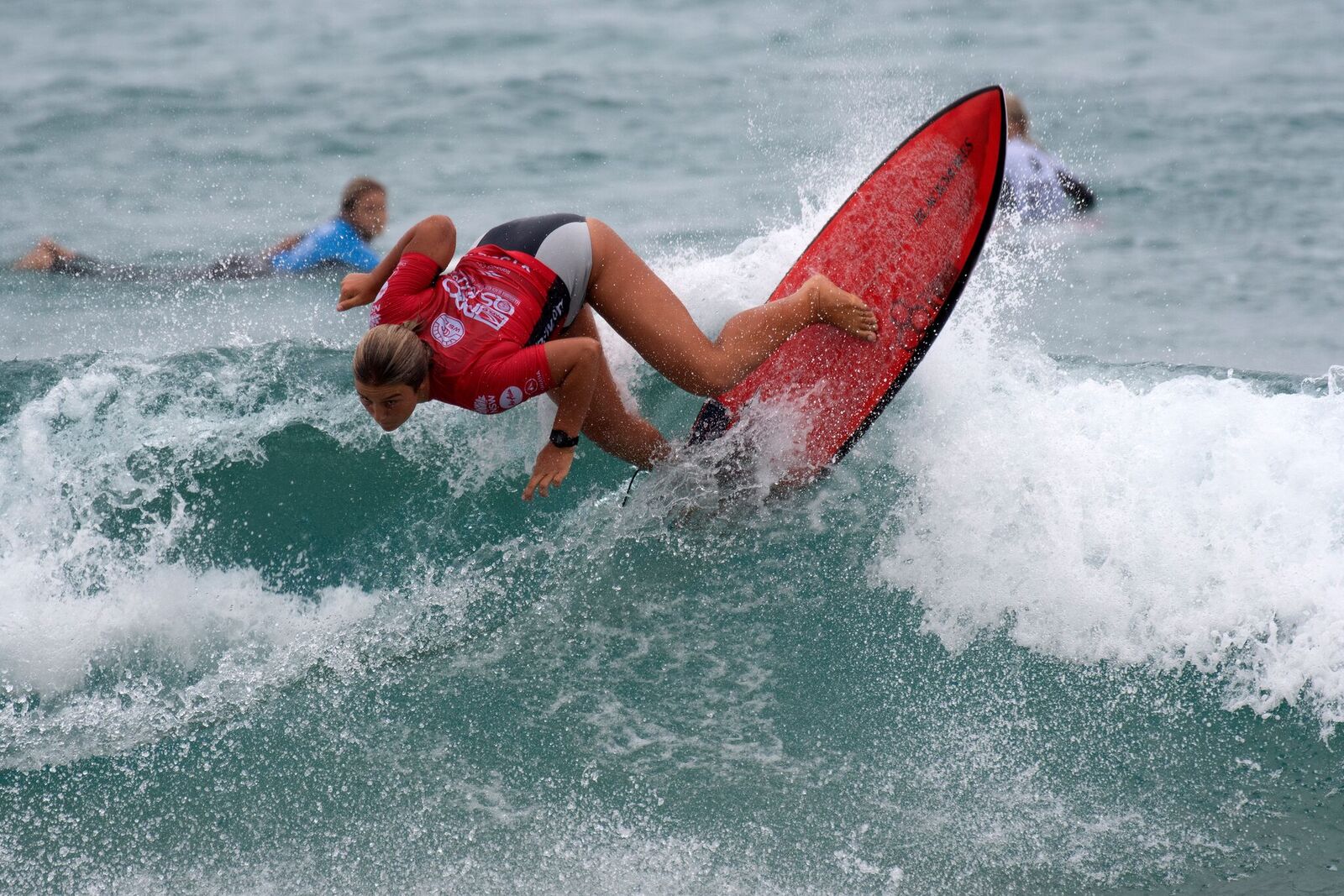 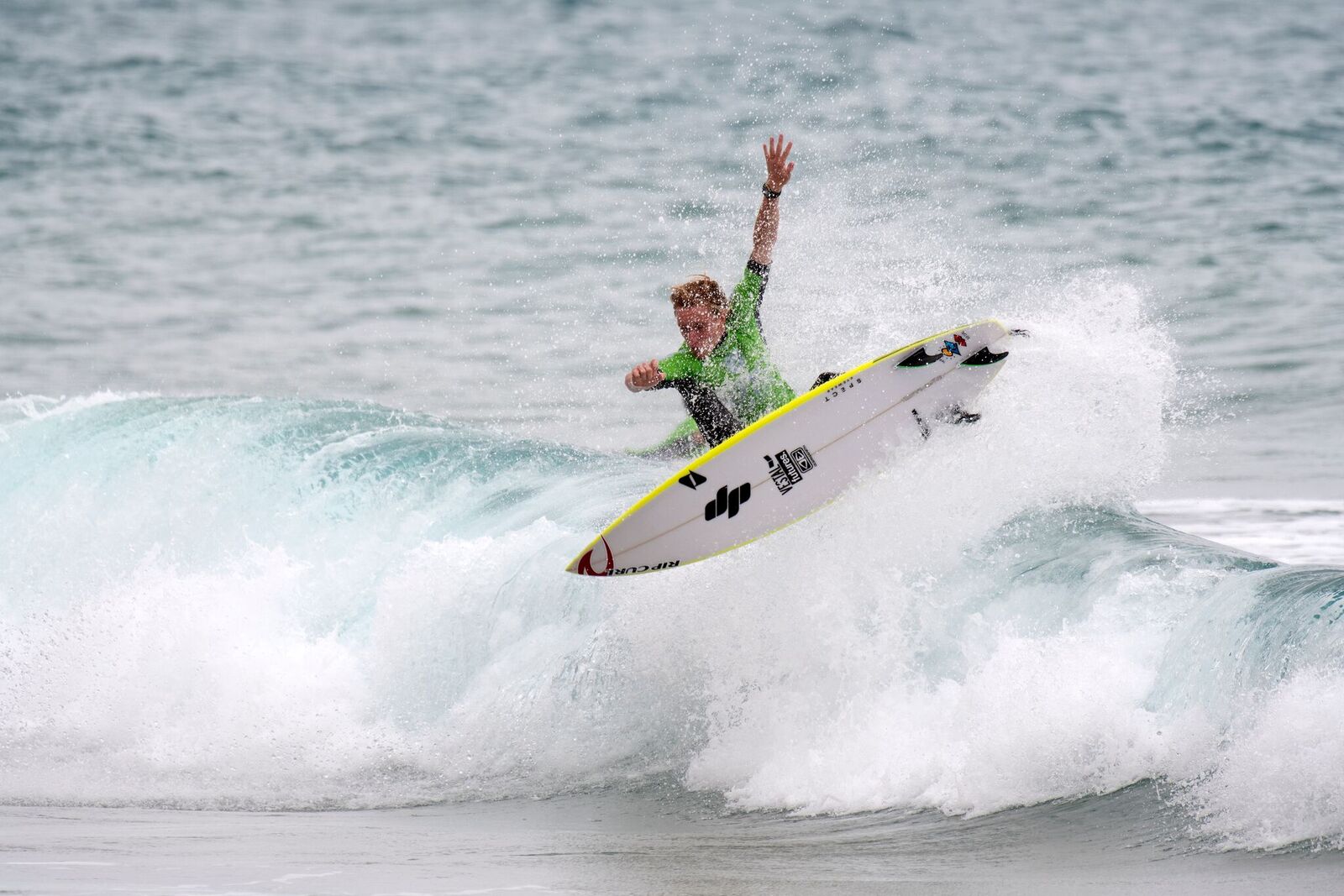 2019 CARVE PRO KICKS OFF IN TRICKY SURF AT MAROUBRA BEACH

The 2019 Carve Pro got underway in one-foot waves at Maroubra today in what was a day that saw wind, heat, and rain as competitors attempted to edge through the opening day of competition.

Following a victory at the 2018 Vissla Central Coast Pro, Shane Holmes (Shelly Beach, NSW) showed a stellar return to WSL QS competition today manhandling small sections with precision and style. Holmes was able to link together a chain of solid turns and snaps to post a 13.10 two-wave heat total (out of a possible 20 points) to earn his position straight into the second round.

“I’m really thankful that I got that heat out of the way prior to the southerly popping up and tearing through the lineup,” said Holmes. “I chose to sit wide with priority for a while until a set came and thankfully one did. It’s always good to get the first heat out of the way and hopefully get a roll on going into round two.”

After QS victories in Phillip Island and South Africa in 2018, Jordy Lawler (Narrabeen, NSW) made it clear that he wanted to add some more accomplishments to his portfolio, dominating the minuscule peaks to post a respectable 12.65 two-wave heat total and leave his closest rival needing a near-perfect 9.2 wave to take away his lead. Lawler will face Callum Robson, Dylan Groen and Finn Hill in round two.

“Those waves out there were insanely difficult,” said Lawler. “It is pretty hard to develop a gameplan when it’s like that, so I just took off on whatever little peaks came my way. Hopefully, this wind means the swell will increase overnight and we’ll see some bigger swell for round two.” 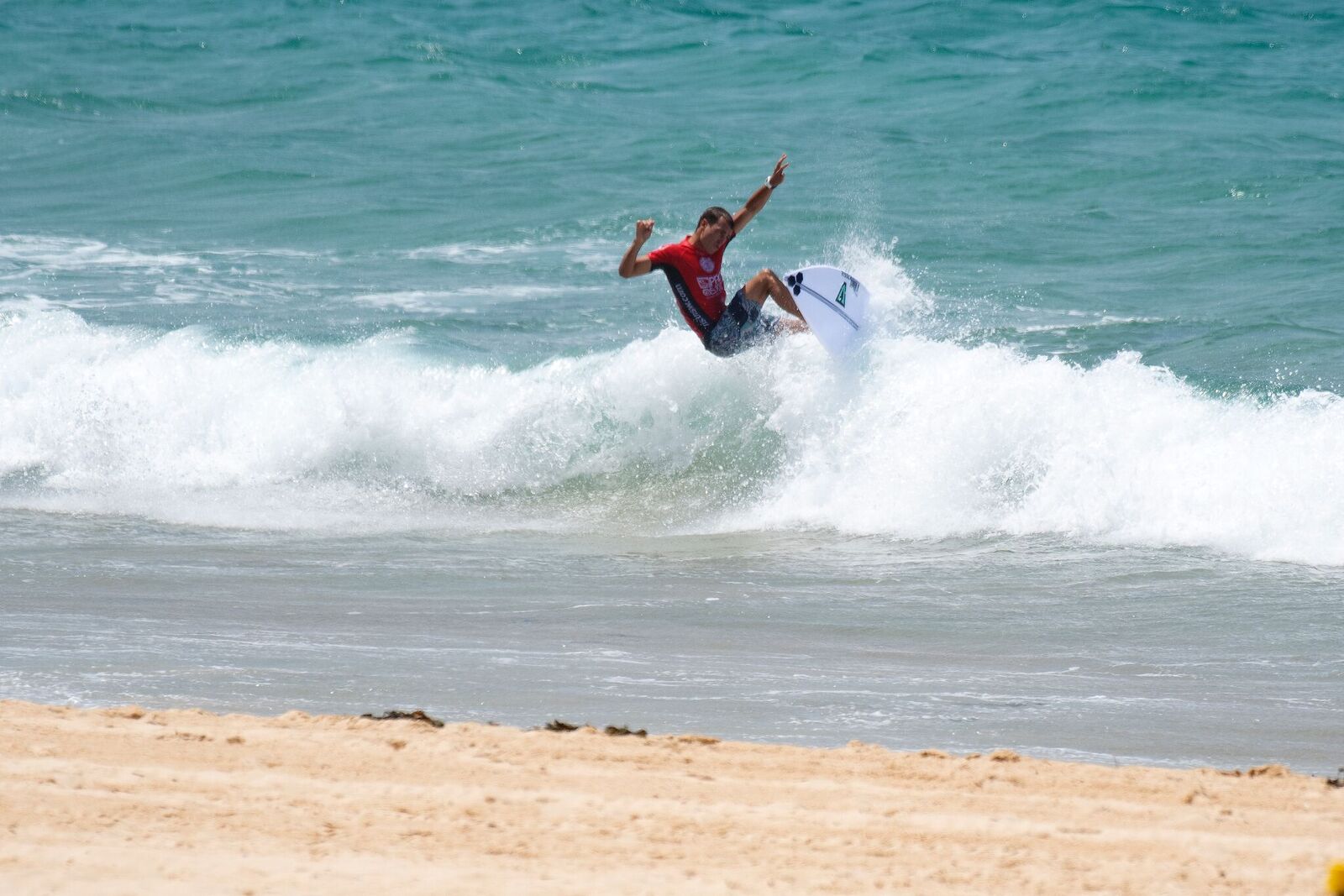 Kirra-Belle Olsson (Avoca, NSW) entered the lineup with a ton of enthusiasm and proceeded to find a handful of little peaks with enough energy to execute a handful of decent turns that were duly rewarded with a decent 11.20 two-wave total. Olsson will face Philippa Anderson, Charli Hurst and Talina Wilson in round two tomorrow.

“I had really pumped myself up for that heat and was excited to hit the water,” said Olsson. “The entire lineup was a bit of a lucky dip, but luckily I got a couple of punchy sections that I could do a few little backhand turns on.”