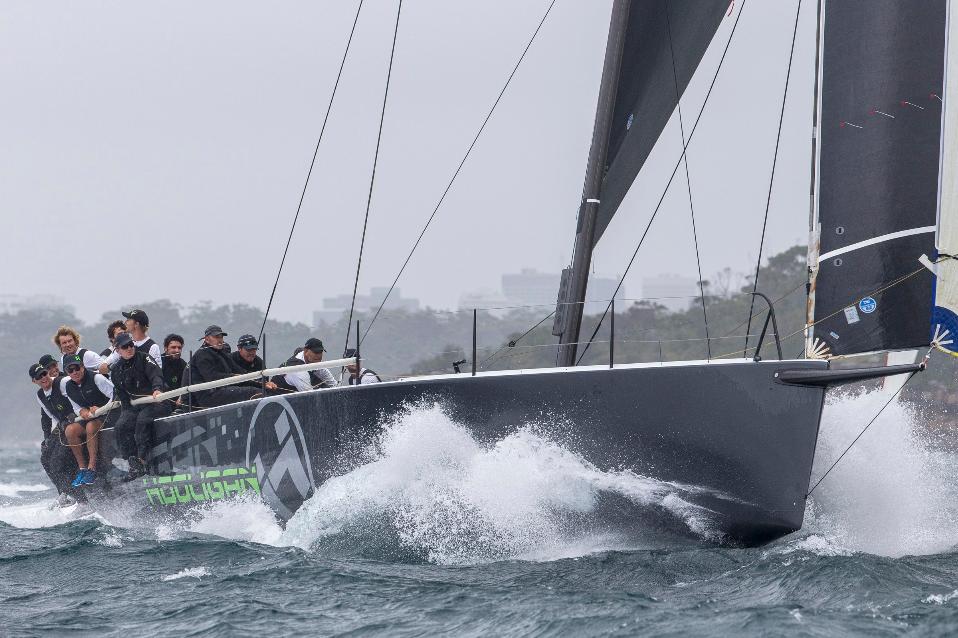 Hooligan on her way to 2018 victory - photo by Andrea Francolini

This year marks the 42nd running of the first major keelboat regatta for the season, the Sydney Short Ocean Racing Championship (SSORC), hosted by Middle Harbour Yacht Club over the weekend of 23 and 24 November.

Entry is open and the Notice of Race online, with some enthusiastic owners already signing up for what is shaping up to be a battle of the titans across the board, and particularly in the TP52 class, as seven owners have  confirmed early they are rigged and ready for some serious racing.

When you look at the talent, where do you put your money? Ichi Ban has won countless events, both inshore and offshore, including the 2017 Rolex Sydney Hobart. Quest has won the Sydney Hobart twice; in 2008 under Bob Steel and in 2015 as Balance for Paul Clitheroe. Steel also finished second to Ichi Ban in the 2017 race.

Hooligan is hard to overcome inshore. She has beaten and been beaten by Ichi Ban for the top spot and won SSORC shortly after launching last year. Zen has been quietly making gains, beating Hooligan at the Port Stephens TP52 event in April, which was won by Celestial, and giving as good as she got at Airlie Beach Race Week, missing the win to Hooligan by two points.

Ketelbey remarked, “The long and short of it is, we hope to win. We have a fairly non-professional boat of mostly regular sailors who have been with me since the Farr 40 days. We’re proud of the fact we can knock them off.

“Ichi Ban is very hard to beat – and Hooligan. They have professionals on board, but we’ll give it a go and do our best,” said Ketelbey, who lacks the inshore rigs of his two rivals, but does swap the offshore wheel for tiller steering at regattas.

The Sydney yachtsman confirmed SSORC is the ideal vehicle to iron out wrinkles in the boat and sharpen crew work, along with the CYCA’s Blue Water Pointscore and Ocean Pointscore (OPS). In fact, the TPs will sail the opening coastal race.in conjunction with the OPS. On the Sunday, it is three offshore windward/leeward races; all will be scored under IRC and TPR.

The same can be said in Division 2, where Phil Dash’s JustADash and Jack Stening’s Stormaway go toe-to-toe every year. In 2018, JustADash did the job by one point from his nemesis.

While all the above boats sail offshore for the weekend, there is also MHYC’s popular feature event on Sydney Harbour on Day 1. The Seven Islands Race has a pursuit-style start from the Club, takes the fleet around various well-known Sydney Harbour islands, and the first one home to the Club finish line wins.

Expect to see the usual suspects and a few new players as owners and crew ramp up for the summer offshore season ahead.

All information, including Notice of Race and entry: www.ssorc.mhyc.com.au