The final event on the 2018 World Surf League (WSL) Junior Qualifying Series (JQS), the Hydralyte Sports Surf Series presented by Billabong got off to a flying start in punchy one-foot surf today, as competitors strived to earn valuable rankings point and earn a spot into the final day of competition.

Currently leading the Girl’s WSL JQS rankings, Zahli Kelly (Cabarita, NSW) managed to go one step closer to claiming the 2018 Australasian title, taking out her opening exchange. Kelly used her backhand repertoire to positive effect in the round one heat, nailing a near-perfect 9.00 wave score to leave her fellow competitors requiring two-wave combinations to take away her lead. 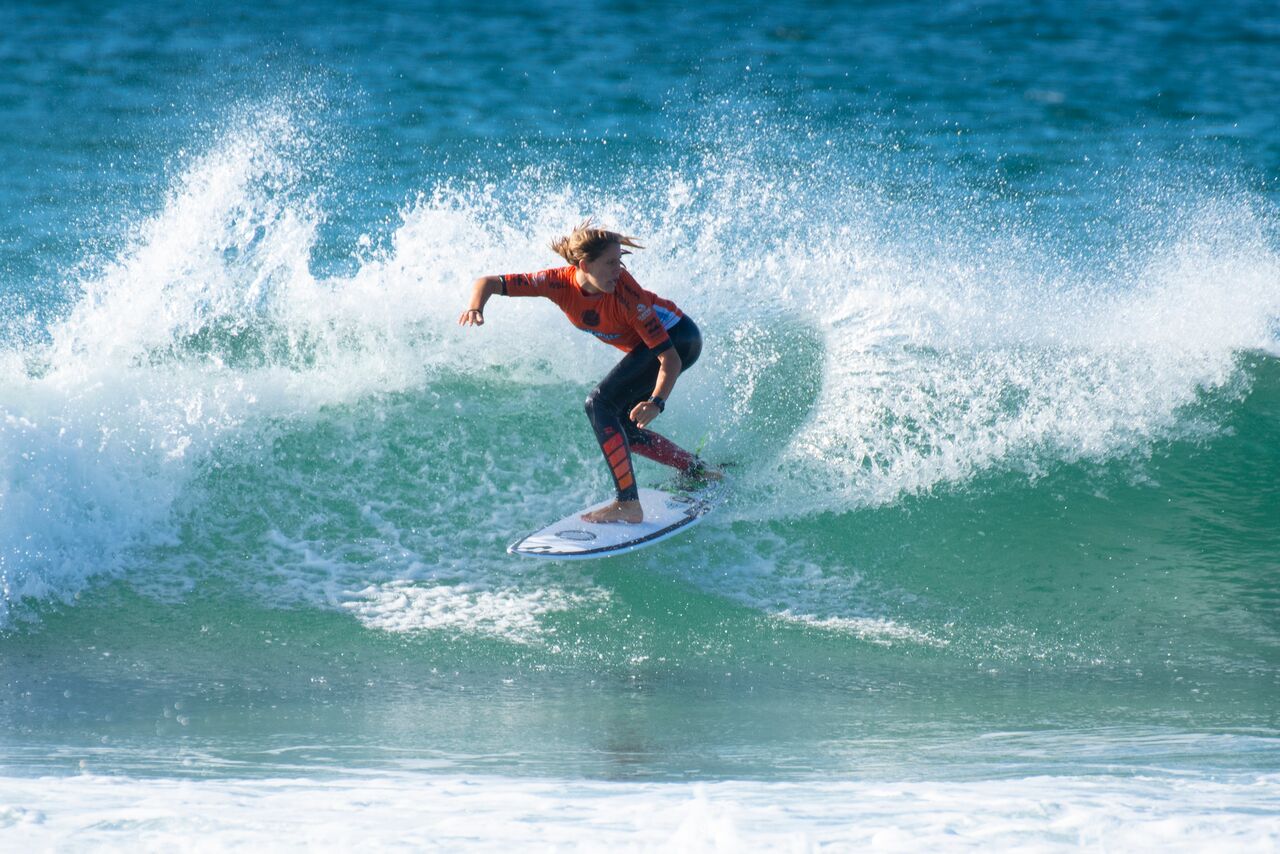 “The waves were pretty slow, so I knew you had to make the most of the ones you caught,” said Kelly. “The lefthanders definitely had more scoring potential with the incoming tide so I opted to stick to them. I really want to make sure I can finish the series with another good result and carry that momentum onto the Qualifying Series.”

After taking out the recent Skullcandy Oz Grom Open pres. by Vissla, Nyxie Ryan (Lennox Head, NSW) showed she was keen to mirror the result for the second time, nailing her round one heat. Ryan kicked off her campaign with a bang, posting a respectable 13.20 two-wave heat total (out of a possible 20 points) to gain the upper hand against her opposition. 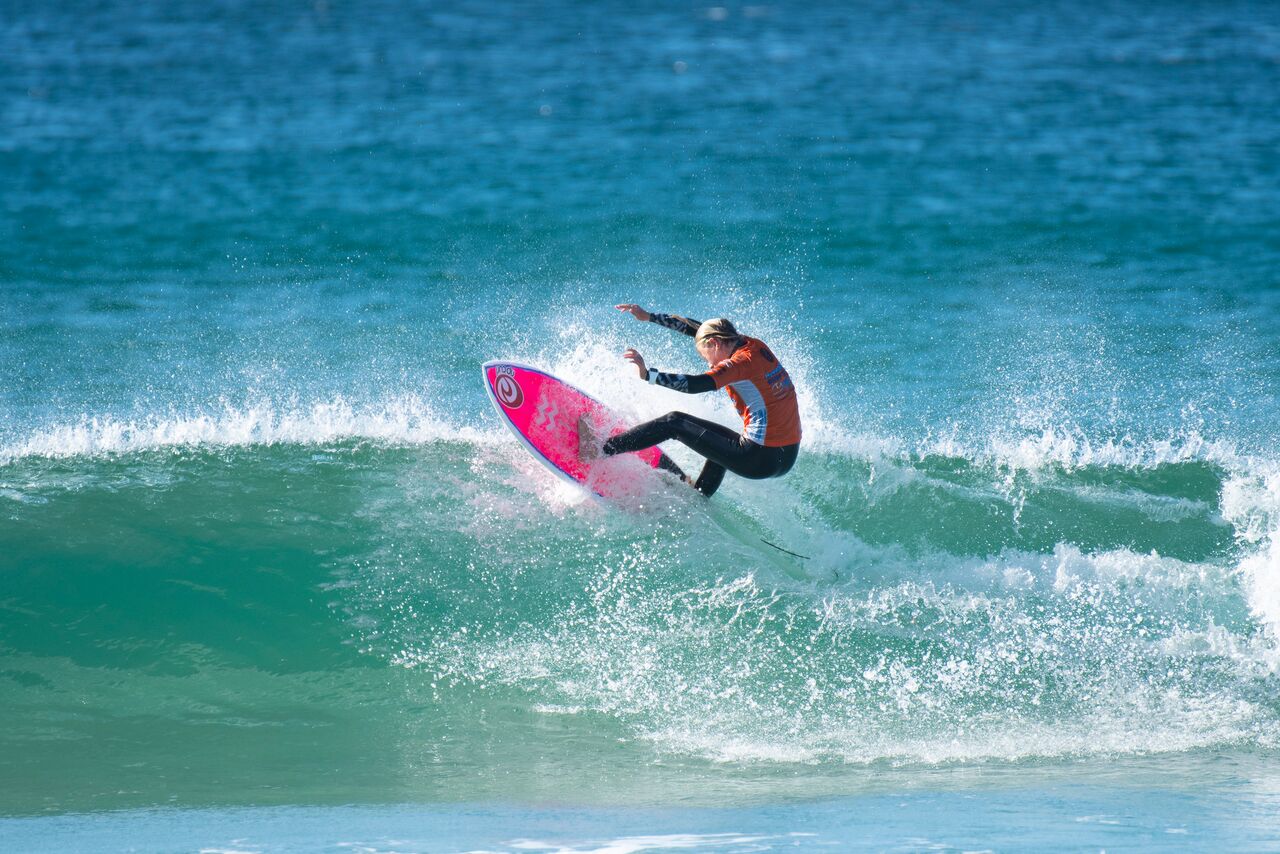 “I was so stoked to take out the last Pro Junior event at home, and I really want to back it up with another good result,” said Ryan. “This is my first year where I’ve begun to do a few Pro Junior events and I’ve been learning a lot along the way. Hopefully, I can keep the ball rolling in round two tomorrow.”

Northern Beaches sisters Bodhi and Cedar Leigh-Jones (Avalon, NSW) came head-to-head in their round one Girls heat with both sisters eager to seal themselves a spot into round two. Bodhi, managed to gain the edge in the heat, nailing an excellent 16.00 two-wave heat total to leave her younger sister in the runner-up spot. 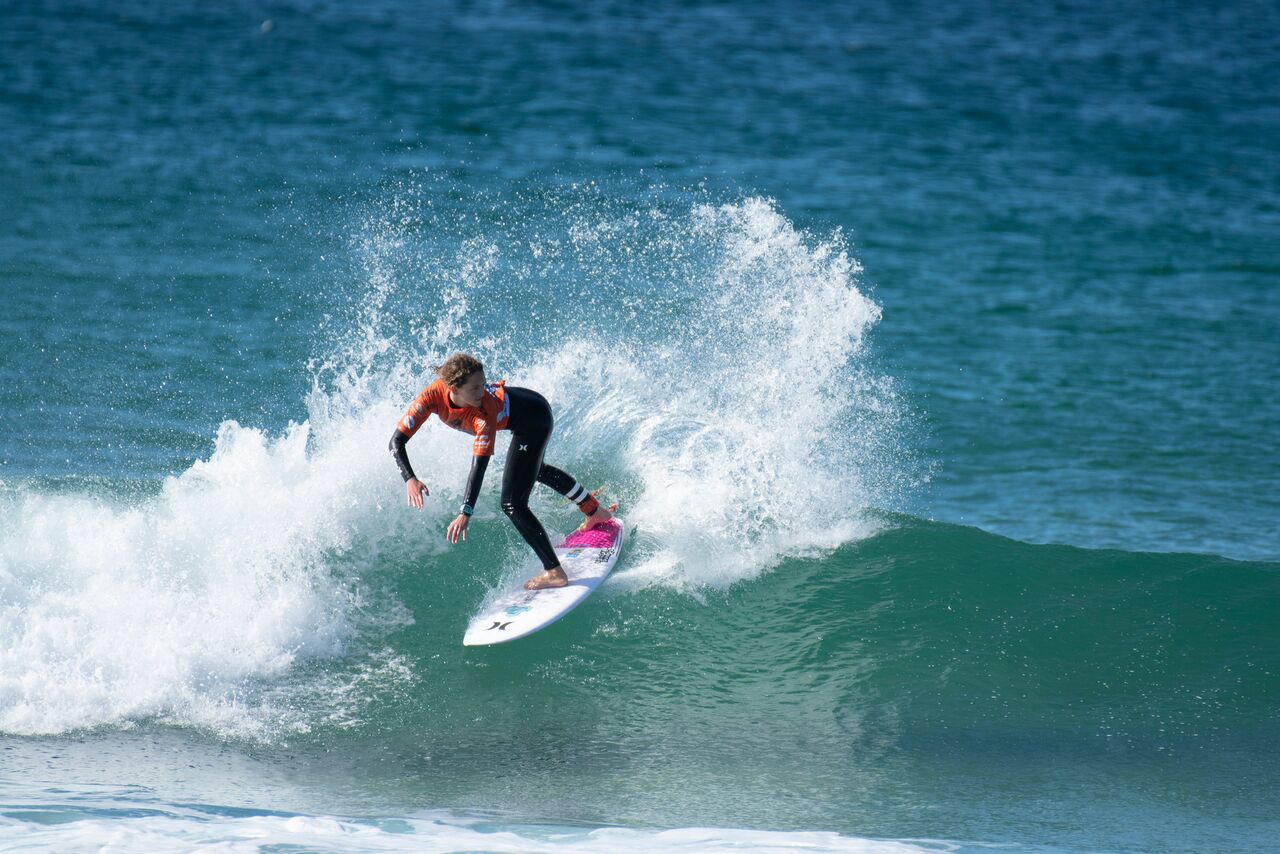 “We’ve had a few heats together over the years and it’s always a bit daunting because I know if she beats me, then I will cop flack off everyone,” said Bodhi. “Surfing a heat with my sister definitely pushes me a lot more.”

Callum Robson (Evans Head, NSW) looks set to hold down the top spot on the JQS rankings for another day, moving through the first day of competition. Robson nailed two excellent scoring waves in the eight-point range to put his fellow competitors on the ropes and make his intentions clear that he was chasing the overall title.

“The waves a pretty slow out there, so it’s a huge relief to get round one out of the way,” said Robson. “My whole goal has always to be to just qualify for the World Juniors, not so much the overall title, so I’m just trying to take the whole thing heat-by-heat and not get too worried about anything else.” 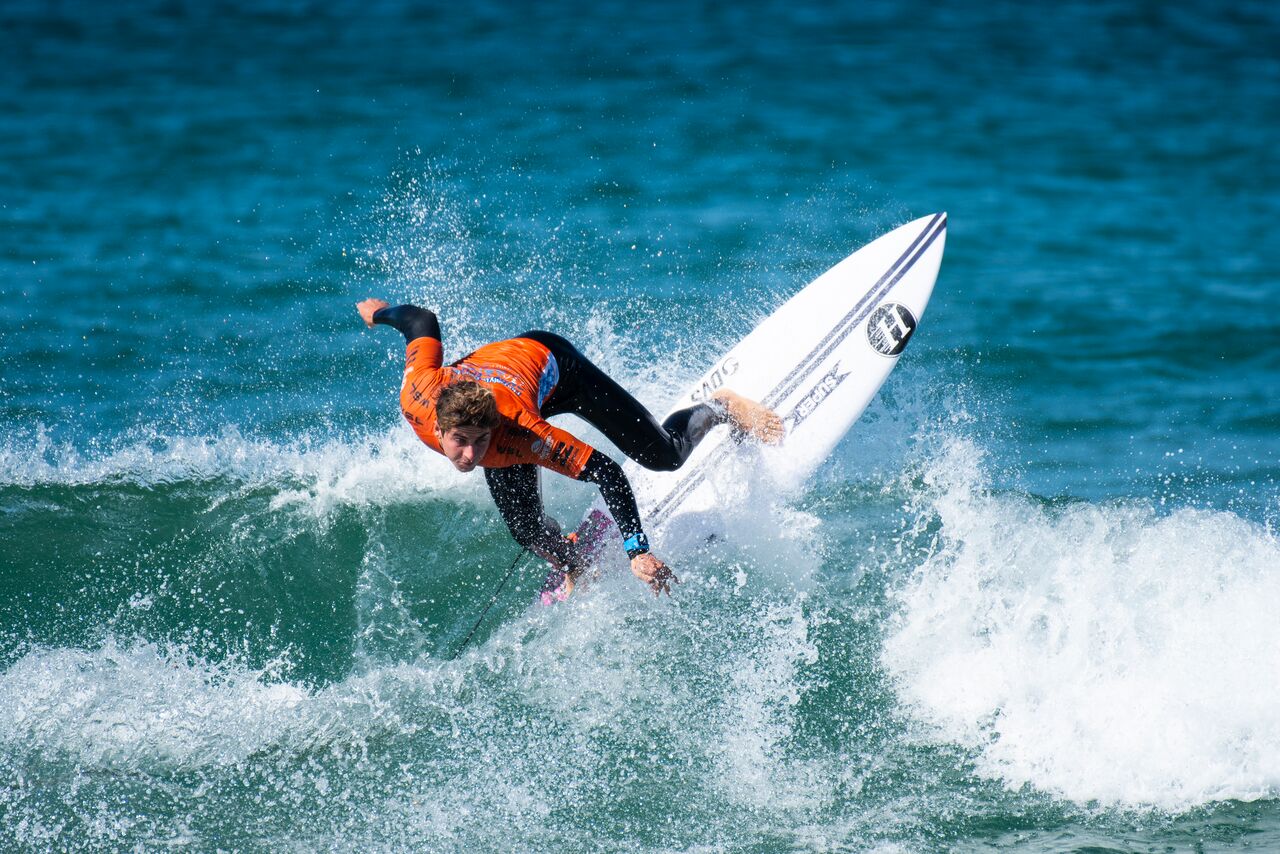 After only beginning to do the JQS last year and claiming a runner-up finish on the Central Coast, Alister Reginato (Sunshine Coast, Qld) showed he had a solid place in the junior ranks, nailing the punchy conditions with flair and style. Reginato executed an eclectic mix of backhand maneuvers in the heat to post a decent 15.80 two-wave heat total in the exciting battle.

“That heat was always going to be a tough one, but I’m stoked to have taken it out,” said Reginato. “I only started doing the JQS last year and I, fortunately, got a second place finish in the junior event at Avoca, so I’d love to go that one step further and win one. The waves are definitely tricky, but still fun if you found the right one.” 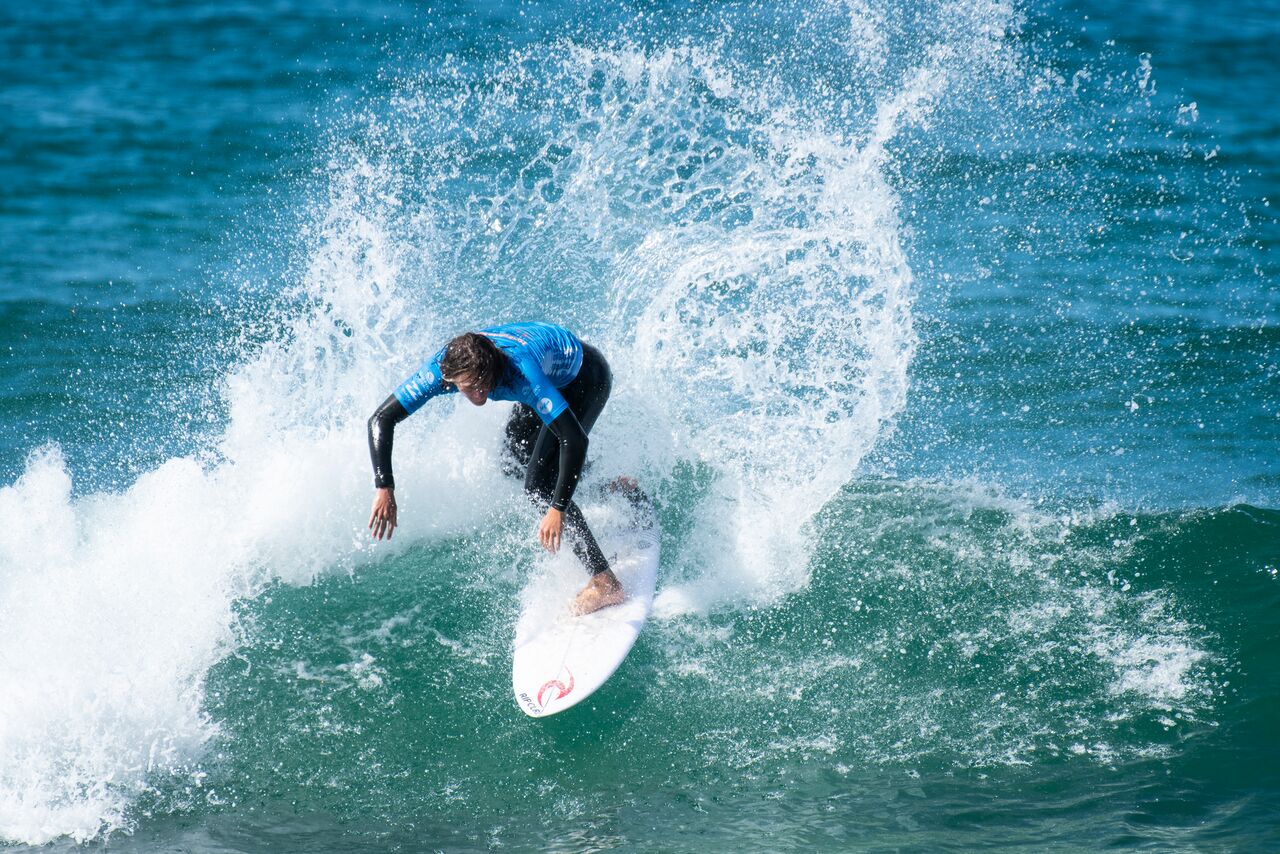 The Cronulla stop at the Hydralyte Sports Surf Series presented by Billabong will determine the qualifiers for the upcoming World Junior Championship and crown the champions of the 2018 series.

The two-day event will see 72 men and 26 women compete. 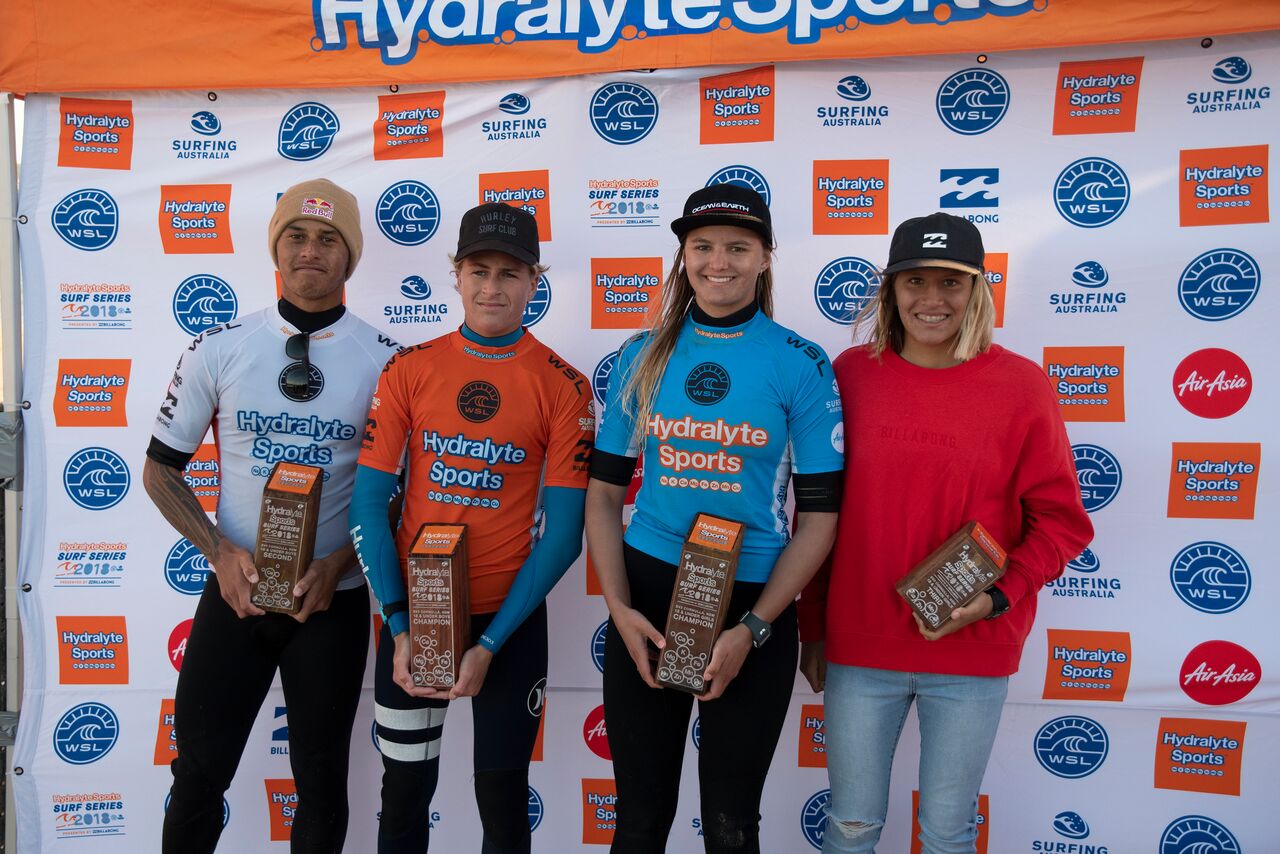 ABOVE: (L-R) 2018 Australasian / Oceania WSL JQS champion Kehu Butler (NZL), Hydralyte Sports Surf Series pres. by Billabong champions Caleb Tancred (Avoca, NSW), Sophia Fulton (Mollymook, NSW) and 2018 Australasian / Oceania WSL JQS champion Zahli Kelly (Cabarita, NSW).  Photo by Ethan Smith / Surfing NSW.
Caleb Tancred (Avoca, NSW) hit his stride in the final executing an array of powerful backside maneuvers to post a 13.00 two-wave heat total. This most recent victory was Tancred’s second win for 2018, having previously taken out the Key Sun Zinke Pro Junior at Manly in February of this year. Tancred moved to the third position on the 2018 JQS rankings following the result.
“I’m over the moon with this result,” said Tancred. “My whole goal was to make the World Junior Championship and this win means that I qualified. The waves were difficult and I knew all these guys were capable of laying down big scores, so I knew I had to stay busy. I had my coach Micro (Glenn Hall) and a few mates down here watching as well which made it so much better to win in front of them.”
Also mirroring her result at the Key Sun Zinke Pro Junior at Manly earlier in the year, Sophia Fulton (Mollymook, NSW) took top honours in the Girls division at Cronulla. Fulton’s lightning fast backhand attack proved to be her advantage in the final, mustering up an impressive 13.25 two-wave heat total. As a result, Fulton went into the third position on the 2018 JQS rankings.
“I was a bit nervous right at the end of that heat,” said Fulton. “I knew I needed to back up my score with something decent, but thankfully I got that first one that put me in the lead. If I didn’t have that, I knew I could have been in trouble. I hadn’t done amazingly this year in the Pro Juniors, so it was really important for me to finish with a good result.”
With his runner-up finish in the Hydralyte Sports Surf Series presented by Billabong Te Kehukehu Butler (NZL) claimed the top spot on the 2018 JQS rankings, overtaking previous series leader Callum Robson (Evans Head) by less than 100 points in the final point score. Butler put on a valiant effort in the final of the event to post a 12.15 two-wave heat total. The JQS victory means that Butler is the first Kiwi to win the Australasian / Oceania WSL JQS rankings since Maz Quinn nearly 20 years ago.
“This is such a great feeling,” said Butler. “I knew the ratings were tight between Callum and I, so whoever finished higher in this event would have won. Thankfully I was able to get the win. Being the first New Zealander since Maz to win the Junior Series makes the victory so much sweeter. He has always been someone who I’ve looked up to, so to follow in his footsteps is an awesome feeling.”
In what was her sixth final in as many JQS events, 14-year-old Zahli Kelly (Cabarita, NSW) managed her cement down her position as rankings leader, with her third-place finish at Cronulla. Kelly surfed brilliantly over the course of the 2018 junior season, claiming one victory, three runner-up finishes, one third and one fourth place finish. Kelly will be Australia’s top female seed in the upcoming World Junior Championship.
“I’m so stoked to win this for the second year in a row,” said Kelly. “This has been such an awesome year on the Junior Series and there are so many good surfers who were looking for the title as well. I can’t wait for the World Junior Championship now.”
Following her second-place finish to sister Bodhi yesterday, Cedar-Leigh Jones (Avalon) managed to get one back over her elder sister in the final today, claiming the runner-up spot in the Girls division. Cedar linked together a chain of impressive backhand snaps and carves to post a respectable 11.10 two-wave heat total and take out the runner-up spot.
“This is my first final of a Pro Junior so I’m stoked,” said Leigh-Jones. “Surfing a final against my sister is always fun and it pushes me so much harder. I want to beat her and she wants to beat me in a heat, even though we get along so well out of the water.”
The Cronulla stop at the Hydralyte Sports Surf Series presented by Billabong determined the qualifiers for the upcoming World Junior Championship and crowned the champions of the 2018 series. 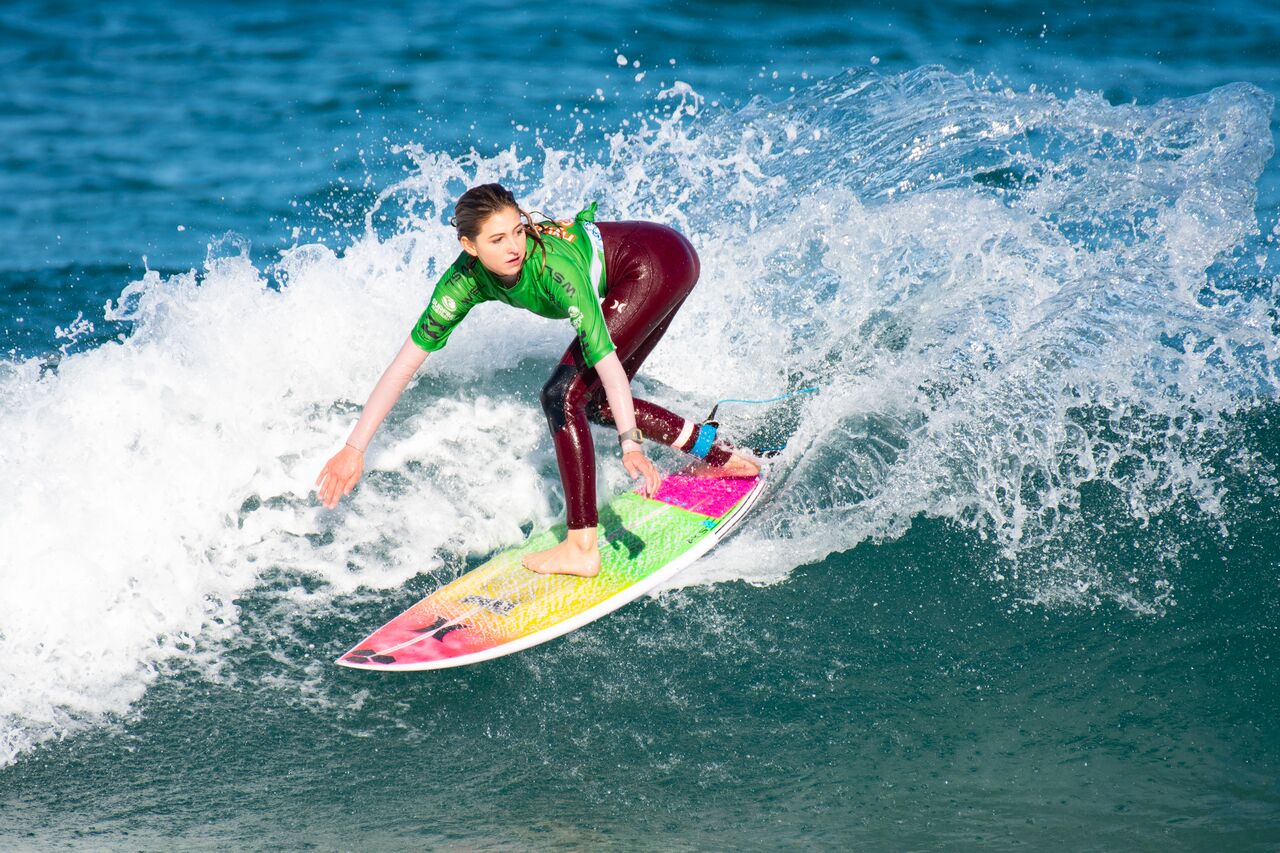 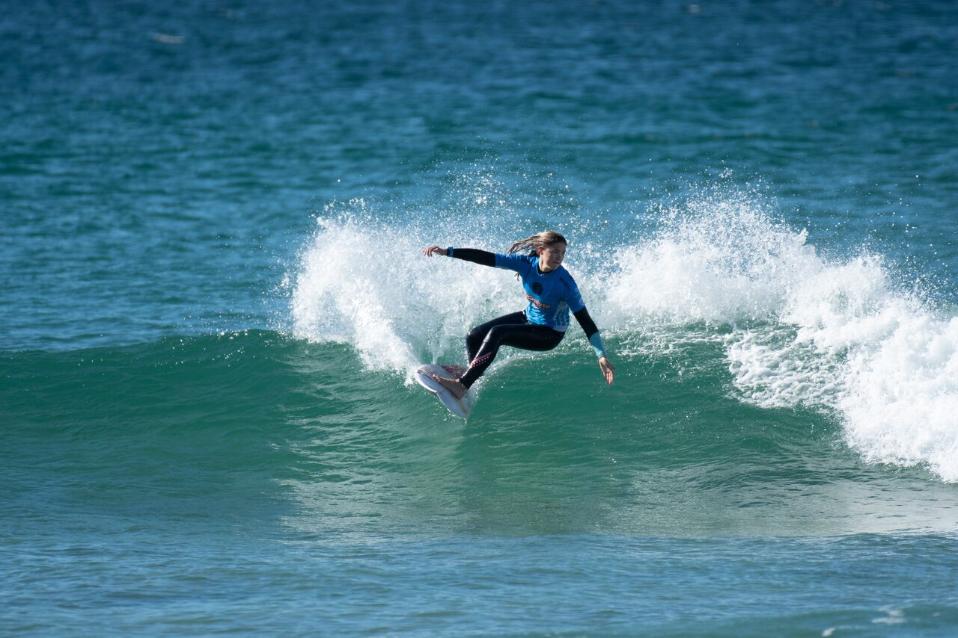 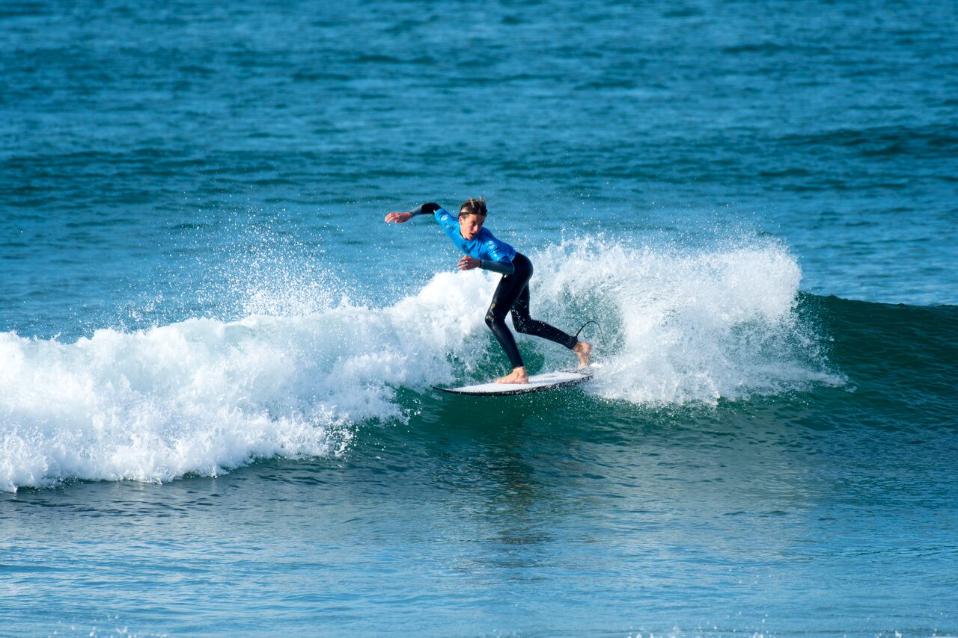